On 6 October 2020, the Strengthening Drought Resilience for Smallholder Farmers and Pastoralists in the IGAD Region (DRESS-EA) project will be launched online. GWP Eastern Africa and four riparian countries – Djibouti, Kenya, Sudan, and Uganda – have received funding from the Adaptation Fund through the Sahara and Sahel Observatory (OSS) to implement this project. 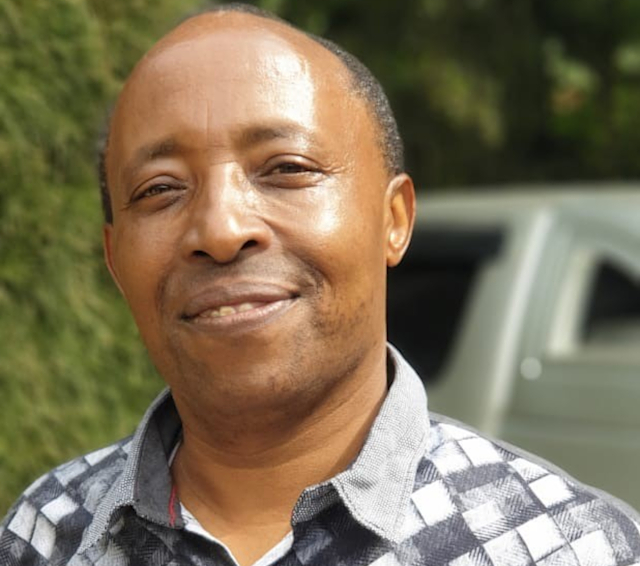 GWPEA: Looking at the scope of what the DRESS-EA project sets out to achieve, what is your vision for the Eastern Africa region?

PM: My vision for the region is largely driven by the fact that the DRESS-EA project notwithstanding, each country was asked to develop a National Adaptation Plan (NAP), whose main aim is to ensure that national decision processes are integrated with climate change. The DRESS-EA project will significantly contribute to individual country NAP efforts, resulting in a region that is not only aware of the climate-related challenges it faces, but one that is also able to work towards smart agriculture.

GWPEA: With your extensive experience in meteorology that spans over two decades, and in addition to working at the Kenya Meteorological Department, please speak to the DRESS-EA project and its potential impact on the region and for farmers and pastoralists.

PM: The DRESS-EA project is expected to contribute to the much-needed food security, adaptation, and mitigation to the vagaries of climate change that the region is currently grappling with. There is a high expectation that the project will be replicated – not only in the rest of Eastern Africa, but even beyond these borders. The four riparian nations (Djibouti, Kenya, Sudan, Uganda) depend significantly on agriculture so the success of the project will allow each nation to showcase its results.

A shift towards smart agriculture will be one of the key results of the project, which will not only enhance community livelihoods, but also positively impact individual country GDPs.

One important output will, of course, be the early warning products, which will allow farmers to plan using credible, accurate information and scientific products from various sources such as the IGAD Climate Predictions and Applications Centre (ICPAC).

One key ingredient to the success of the early warning products is for the DRESS-EA project to make efforts to enhance and strengthen the existing data networks in the region. This will result in increased data coverage within the region as well as address the numerous data gaps that currently exist.

GWPEA: Early warning systems are said to be a combination of past experience, visual observations, and the ability to respond and/or act. Looking at the IGAD region, can you speak to how practices related to this have changed over the years?

PM: Early Warning products and services have continued to influence climate services within the IGAD region. The technical information from IGAD experts on regional forecasts is transmitted to the communities in a form that is easily understood. In Kenya, for example, the media and local chiefs now play a key role in disseminating county forecasts. Prior to this, the county forecasts and warnings were highly technical in nature and not user friendly. Today these warnings are much more user friendly since the content is driven by the needs and ability of the end user – smallholder farmers and pastoralists.

GWPEA: Are there some indigenous practices that worked in the past as effective early warning systems? If so, what were they and are they still relevant today?

PM: Within the IGAD region, indigenous traditional knowledge is still used by several communities. This approach is ingrained into their day-to-day lives. However, we caution communities on using indigenous knowledge with care since there is little to no documentation on this knowledge, which severely limits its use and spread. Where possible, it would be advantageous to the communities as well as to water and climate experts if the DRESS-EA project could document – where possible – cases where indigenous knowledge is used since these indigenous systems are quite accurate but are highly oral in nature and lack documentation.

Peter M. Macharia, Global Water Partnership Eastern Africa’s (GWPEA) Chairperson, has a wealth of knowledge in integrated water resources management (IWRM) and climate-smart agriculture. He is currently the Assistant Director, County Meteorological Services at the Kenya Meteorological Department and once served as the national focal point for tsunami and seismic issues. Within the Eastern Africa region, Mr. Macharia is actively involved in building regional capacity in IWRM using the GWP IWRM Toolbox.