Bangladesh is one of the most disaster-prone and vulnerable countries in the world due to the adverse impacts of climate change and its coastal area is most vulnerable. South-western coastal peoples have to struggle against natural disasters every year. The lives and livelihoods of the people in this region are at a high-risk to super cyclones such as Sidrl and Aila. They are facing many challenges, water crises being one of them. Saline water intrusion from the Bay of Bengal is increasing in the Sundarbans mangrove areas due to a lack of water flow in the river from May to November. Due to the lack of river flow, freshwater availability has decreasing day to day. The Sea is steadily eating into the Sundarban’s, the world’s largest delta and mangrove forest, threatening an ecological disaster for the Bengal basin region.

Because of the political influence of water management, the truly vulnerable are deprived of access to drinking water. There is no government party or political/religious identity in the water rights issue. Like voting rights are equal for the poor, so should be the right to water for all: everyone should have access to safe drinking water. With lesser importance for the mainstream, it is necessary to help the truly impoverished people in other regions. There is some overlapping, poor coordination and monitoring of NGO activities. The token participation of citizen’s in the needs analysis needs to evolve into full and equal participation. It will not be possible to ensure accountability without the effective participation of the community

People have been facing the lack of sufficient water this coastal region for many decades. Besides, the sources of drinking water on the coast were almost completely destroyed in 2007 by, Sidrand in 2009 by cyclone Aila, creating storm surges that moved it to a high-level crisis. Due to climate change, the amount of salinity in the coastal river was twice as high as the acceptable level. As a result, coastal lives and livelihoods were in extreme peril. Salinity, temperature rise, and tidal floods have negatively impacted every part of the coastal community. Coastal populations are suffering from ingesting and cultivating with saline water. Hence, it is very important for these people to find alternatives for their drinking water and irrigation needs. People are forced to migrate from these areas to nearby cities or the capital due to income loss and food poverty resulting from adverse impacts of climate change. If their needs are met, these people will be able to maintain their livelihoods and live healthily.

It is undeniable that in the unfavorable environment of the country’s socioeconomic reality, women are forced to collect drinking water for all the families. It is known that rural women and girls walk at least two kilometers to get drinking water. In many cases, they have to drink saline water due to the lack of clean water. Populations are also at serious health risks, especially women and children, for saline water has gradually consolidated the southern part of Bangladesh. Researchers say the saline water has a negative impact on the health of mothers and children, including more cases of (pre)eclampsia and gestational hypertension in pregnant women, and a higher rate of infant mortality in this area. Hypertensive disorders in pregnancy are among the leading causes of maternal and Peri-Natal Mortality (PNM) in low-income countries like Bangladesh. Nearly 200,000 women and adolescent girls in the coastal area close to the Sundarbans, including Ashashuni and Shyamnagar upazilas in Shatkhira, Mongla and Sharankhola of Bagerhat, Dakop and Paikgacha of Khulna, are at risk. Children are suffering from water-born and skin diseases.

I developed a youth-led project entitled “Reservoirs of rainwater provide precious potable water in SoronKhola, Bagerhat, Bangladesh”, which was based on the white paper recommendations made at COP 21. The main focus of the project was to raise awareness for youth and by youth within the scope of water, health, and climate change. In 2016, this project received recognition and €1,000 from GWP’s Youth for Water & Climate Initiative competition. The aim of the competition was to support youth in leading and organising water management activities, as well as to develop capacity and skills. The project was focused on community resilience building to salinity ingress assumed to be caused by climate change. This project addresses the acute freshwater crisis in the project site. Rainwater harvesting is a poplar adaptive practice. Many rainwater harvesting units have been established but government and civil society partnerships needed strengthening to improve maintenance systems. The objectives of the project were to ensure safe drinking water for climate-vulnerable people in Sharonkhola Subdistrict, Bagerhat, Bangladesh and to raise awareness at the community level for potential impacts of climate change and possible adaptation strategies identified by the community. Through this project, we provided two capacity-building trainings for 40 young women & men as community facilitators; established community centers where techniques for composting, rainwater harvesting and water filtering; and supported poor families to install Rainwater Harvesting Systems. Through y this youth-led initiative, 50 new rainwater harvesting units were established, and at the same time we developed mechanisms for repairing and maintaining old rain water harvesting units in the targeted area.

We emphasized local partnership and coordination between administration policy makers and civil society. We built partnerships with local non-governmental organisations and governmental service providers for better coordination and explored the grassroots agenda towards community-led water planning and management. Through this partnership we brought effectiveness in water related planning and management by ensuring people’s participation. We engaged grassroots women and men to hear their voices to ensure the right to water and water justice. We gave importance to community managed systems for water harvesting, promoting local knowledge and local civil society organisations. By motivating them, we achieved more success in rainwater harvesting unit maintenance and proper management. Their recommendations also influenced the country water policies for decentralization and a special focus on vulnerable communities. We also built youth's agency and leadership to bring sustainable transformation for water justice. The trained young leaders played a very important role in mass awareness and self-maintenance of rainwater harvesting units. Under this project, we built a strong network entitled “YouthNet for Climate Justice”: this network is contributing more in national water-related polices and advocating for inclusion of marginalised peoples and their voices too!

Bangladesh is a country already on the frontlines of climate change, experiencing growing salinity and water scarcity in coastal areas, more frequent and intense natural disasters, and erratic rainfall patterns. A quarter of the country’s population lives in the coastal belt - a climate hotspot. Reducing risk and building resilience is vital to the future of thousands of lives. Our goal is ensuring community participation to ensure sustainable water management and increased climate change resilience for vulnerable communities. Through this project, we supported people with adaptive and climate resilient water services. This project also worked with youth, our future leaders who will have to tackle the climate crisis. We mobilized them for claiming water justice for their community through evidence generation, advocacy and climate strikes/protests. We also worked with communities and local government to introduce participatory methods of assessing vulnerability to climate change and disasters. The project contributed to freshwater availability for more than 400 inhabitants including men, women, children, disabled and other vulnerable groups. The community and also government officials became aware of climate change and its impacts. Community and local government are expending more money for water & sanitation. The local Union Council now keeps a separate budget for water & sanitation activities. They previously thought that the national government was the only responsible authority to deliver water and sanitation services to people. People are sensitized about their own water unit maintenance. They are raising their voices to mitigate water-related needs through participatory planning. Local partnerships strengthen and improve coordination among government and civil society counterparts. Young people are in the front-line to tackle climate change and water crises.

Community participation is a must for water management. When people know, they can act. Through this project, we informed and explored their risks in a co-creation workshop. After that, we hosted policy dialogues with local administration and policy makers and shared the findings with them. We also shared our experiences and lesson learnt with national expert groups and rights group by presenting our paper at some national and international conferences and policy dialogues. Considering our recommendation, parliamentarians and govt authorities built commitment for reviewing existing polices and enacting new action plans. This project has contributed to creating momentum for change. Both the Government and the people of Bangladesh recognize the climate change issue and are actively trying to tackle it because the problem is large and complex. The Government of Bangladesh is open to adaptation and is revising its plans to tackle the situation even better in the future. The Government of Bangladesh has already created a visionary plan for coastal water management through its Delta Plan 2100. This Project contributed to the next 5-year plan and created more inclusive National Determined Contributions addressing water management. With community efforts, general awareness of climate change and its effects, proper implementation of laws, along with Government monitoring, intervention and maintaining acceptable water quality in rivers and all water bodies in Bangladesh can be hopefully and gradually achieved.

Transparency, accountability and coordination with other projects working on climate change issues were among the challenges. The threat of political unrest and fundamentalist groups were particularly challenging. Some negative perception of locals was another. They are more interested in aid rather than advocacy work or social movements. Short funds and timelines limited a bigger impact. By studying power structures, we mitigated all challenges through teamwork and relationship building with stakeholders, including increasing motivation.

We built social capital, local partnership and ownership, and strong political commitment which will enable our initiative to continue. We capacitated some youth leaders who are contributing to their community’s development and fostering a climate justice movement until now. We also developed a Youth Network which is communicating closely and following up with local stakeholders and young people to continue this effort.

Strong local partnership and coordination can bring positive change. Community participation is vital for sustainable water management to ensure accountability and transparency. Young people are prime movers and bring transformation to claiming water justice and the climate movement, and to community development too! We used participatory monitoring and evaluation mechanism to harvest the impacts and shared the findings with all the stakeholders through a lesson learnt workshop. We can share the experiences and findings with interested people through web-based platforms. 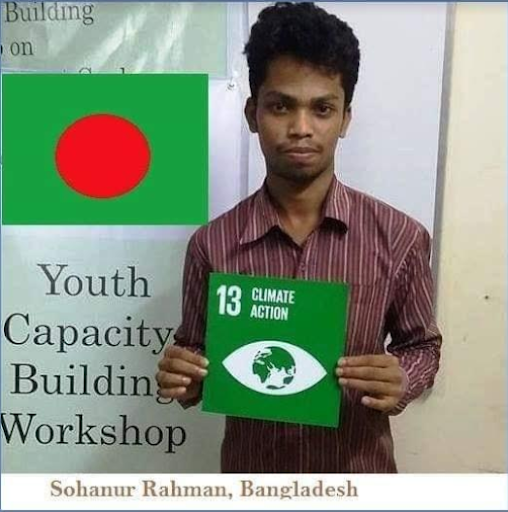 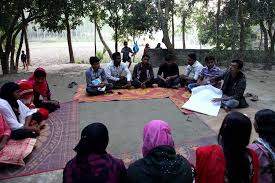 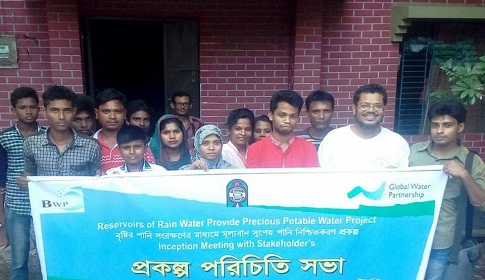 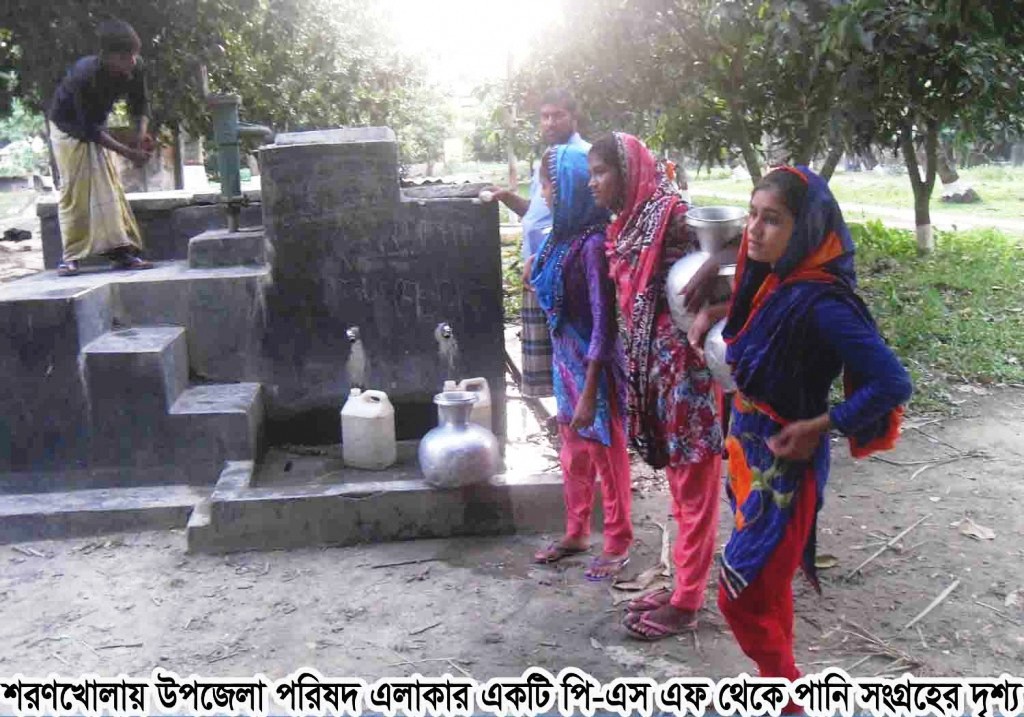