A stop in the desert

The issues addressed are water scarcity and the projected local effects of climate change that are beginning to be felt in areas like the one in which are working, at the southern edge of the world's driest desert, the Atacama, in Chile. This area has a chronic problem with drought, although in the last ten years it has entered the so-called "megadrought" that affects much of Chile. The problem is global, but at the local level in this semi-arid zone the lack of water was initially due to low rainfall and inefficient water use in the basins. Despite the scarcity of water, demand increased in the basins, mainly due to urban expansion and the planting of agricultural monocultures whose use of water and soil is unregulated. This meant that the most vulnerable families in Chile – close to one million people – did not have access to drinking water, so water was delivered by water tankers. At the local level, 50 litres per inhabitant per day are delivered and more than 22,000 people depend on water tankers for their access to water in very precarious conditions. For this reason, Un Alto en el Desierto (A Stop in the Desert) began to reuse greywater from sinks in conjunction with school communities that have very limited access to water to raise awareness and value water as a key resource, as well as to prevent it from being mixed with drinking water so that there is more of this available for people.

The most far-reaching change is the new awareness and appreciation of water as a central, practical, daily and recreational part of our lives in vulnerable school communities. The first step, 15 years ago, was the creation of a network of schools in areas with severe droughts and limited access to drinking water. We did this in the Coquimbo region, which is similar in size to Switzerland, located in the south of the Atacama Desert. The second step was the establishment of partnerships with the Pontificia Universidad Católica de Chile (PUC; Pontificia Universidad Católica de Chile) and the Liceo Bicentenario Politécnico de Ovalle (LBPO; Ovalle Bicentennial Polytechnic High School). As key partners, the first institution designed a low-cost sink greywater recycling system and the second, a high school, built the systems. Here we took advantage of technology for change. Fifteen systems that were designed by a university, built by a secondary school, and that benefited primary schools were installed, in a total synergy of abilities. Finally, a comparison was made of similar experiences in schools, showing that there were very few operational projects around the world.

The need for climate change resilience is made clear by projections for Chile that indicate a decrease in rainfall. At the end of this century, a 30 percent decrease in average annual rainfall combined with a temperature rise of 1.5°C could result in a 40 percent drop in annual flow in the mountains, increasing water stress in the country. That is why the little water that is available, especially in vulnerable communities that are marginalized by the Water Law – one of the most liberal in the world – must be used well, and water reuse should be MANDATORY, especially for water intended for irrigation. We believe that reuse is key to maintaining rural communities affected by drought and that the country should have a water strategy. A Stop in the Desert is moving in this direction by teaching our children about recycling greywater from filtered sinks for irrigation of green areas and useful spaces for the population to improve their quality of life. In concrete terms, 4,140 litres per day, which were previously wasted, were recycled, filtered, and suitable for irrigation. Close to one million litres are projected to be recovered each year, injecting water into the basin.

This is very important. Before A Stop in the Desert intervened, greywater from sinks was recycled in a traditional way, so their systems did not deliver filtered water. There was a lack of knowledge about health regulations and there were always faults. For this reason, the decision was taken to form a partnership with a prestigious national university in order to benefit from their engineering expertise on the systems and water analysis to measure the performance of the filters. Once this was in place, these systems had to be installed in schools, which was hard work, carried out by teachers and secondary students doing an internship. This is how the quality of the systems improved and the water delivered became suitable for irrigation. As for the lack of knowledge about health regulations, as part of this process A Stop in the Desert was one of the organisations involved in passing the Chile’s first Greywater Law No. 21,075, making a significant contribution to the issue.

This process is very special because although we are always taught about the importance of water, there are very few organisations that work on the societal valuation of water. Despite the drought, people continue to irrigate with drinking water, washing their cars and irrigating during the hottest hours of the day. There are significant losses of irrigation channels and high water wastage by water companies resulting in a bleak and discouraging future. It was therefore important to break the inertia, so the Ovalle Bicentennial Polytechnic High School became a water recycling subspecialist. This led to its students doing internships in the construction and maintenance of 15 greywater recycling systems, meaning secondary students were trained in water systems, which had never happened before. The challenge has been overcome through close liaison, monitoring, and field work. Another issue that was overcome thanks to the partnership of organisations belonging to A Stop in the Desert was the implementation of the systems themselves, since some of them presented problems related to the flow volume that could be properly filtered. Trial and error was used to find the appropriate flow volume to quickly remove the recycled water and not exceed the capacity of the filter, so that the water would comply with water quality regulations.

The work of A Stop in the Desert has been 15 years of learning, but also of failure. That is why, in professionalising our greywater recycling systems, the initial question was the sustainability of the systems, since there are many projects that do not even last a year. For this reason, some key areas were worked on, such as having a clear destination for the filtered water in each establishment according to the wishes of the schools’ students. In addition, the Ovalle Bicentennial Polytechnic High School became a subspecialist, leaving teachers and former students trained in how the whole system is carried out. There is also a local leader in charge of operation and maintenance at each site where the water recycling system was installed. The theft of the pumps or other elements of the system is a risk due to the schools being located in vulnerable places with high poverty levels and presence of alcohol and drugs. Another risk is that a poorly maintained system may deliver water that does not meet regulations and would be unsafe to use, which is why the importance of management and use of the system itself has been emphasized. 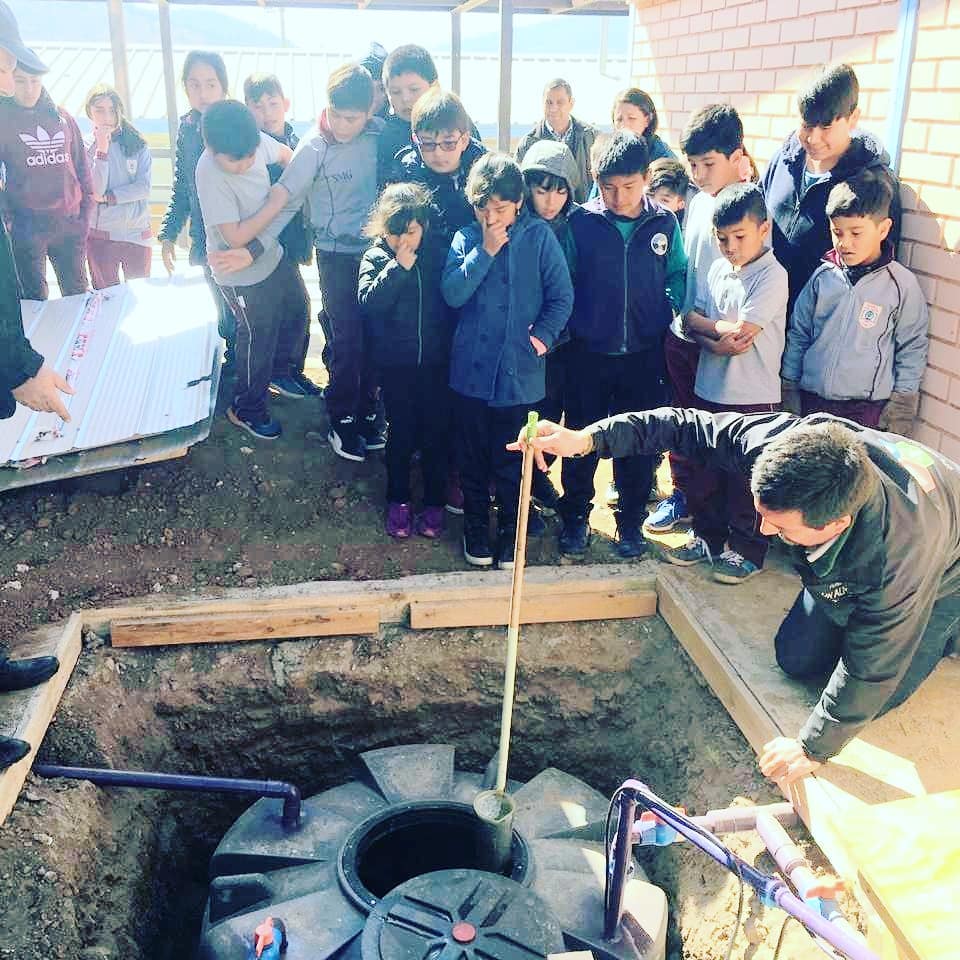 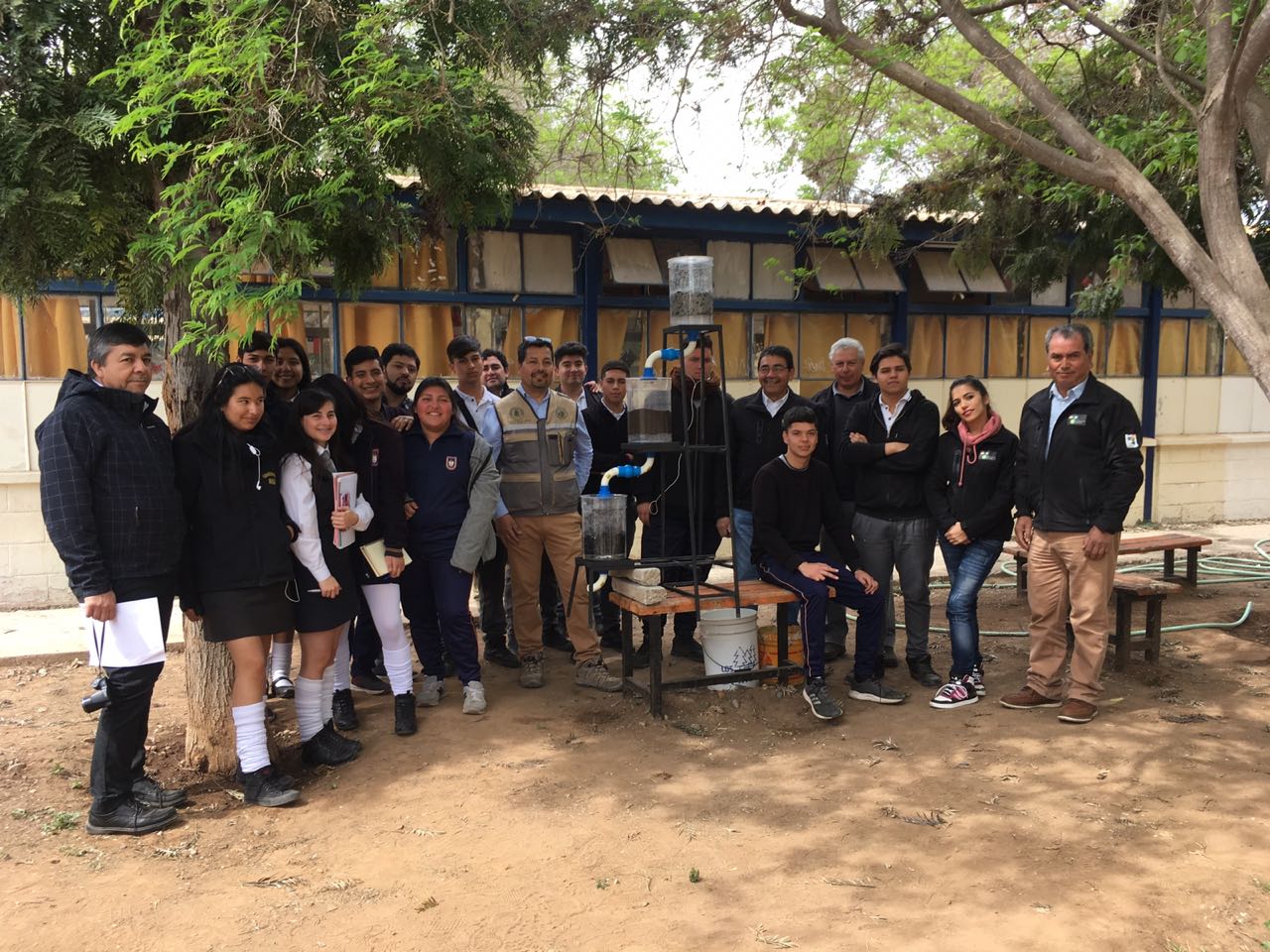 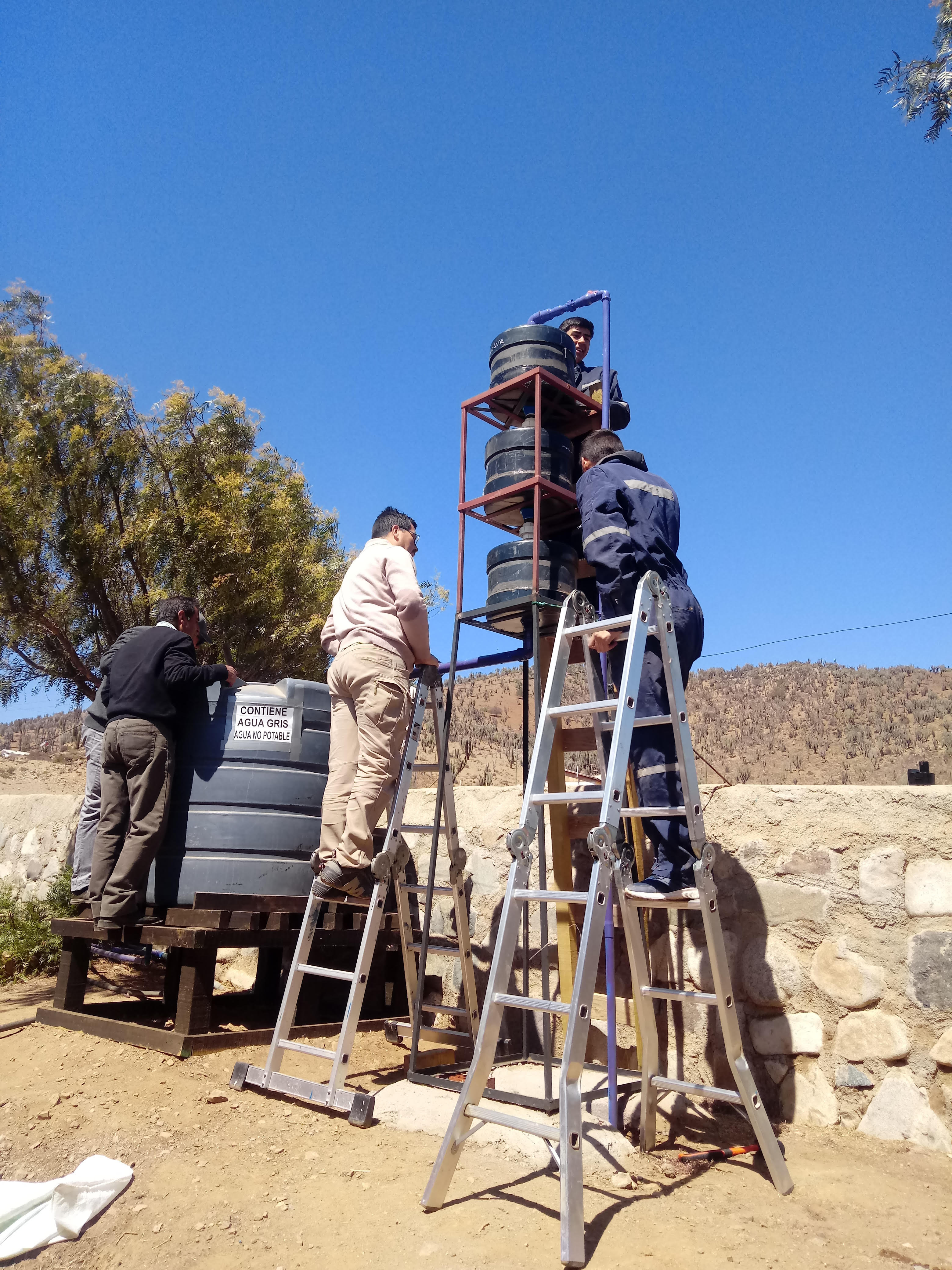