WomanWASH: Innovating and transforming my community from within

Twenty years ago, rural communities and ethnic minorities displaced by violence from their places of origin during the armed conflict in Colombia poured into this territory, now called the community of Las Colonias. The occupation of Las Colonias was quick and disorganised, following the urgent need to solve a humanitarian crisis. Sanitation and the environment were therefore not a priority. There are currently 150 families living in Las Colonias, and although there is access to public services, water, electricity and gas, sewage and garbage continue to be disposed of in the surrounding area and into the nearby river. Water-borne diseases, environmental pollution from solid and organic waste, and localised landslides from runoff of sewage and rainwater on land where fragile homes are located are common occurrences. Women experience the worst of these impacts, since they spend most of their time at home and in contact with unhealthy environments. Fungus on children’s skin, mothers taking their children to hospital for diarrhoea, and fights between neighbours over bad smells from sewage are commonplace. Today, poor health, informality and environmental degradation spurred by displacement and illegal immigration to the region is exacerbated by governmental and institutional abandonment, along with the limited environmental awareness among the community, which still lacks comprehensive and dignified development.

After a three-month volunteering period empowering women by teaching them to read and write, I decided to stay in Las Colonias indefinitely, providing comprehensive environmental support to local women who wanted a cleaner and more dignified community. In 2017, I asked for help from the an NGO research group ascribed the Polytechnic University of Catalonia, with whom we carried out a complete analysis of the site’s environmental and sanitation problems. In the same year we also initiated discussions with two public entities in the city to form a coalition to try to address the region’s issues. In 2018, we formed ECOLONIAS, a collective of local women dedicated to environmental awareness, solid waste management and the sale of recyclable material. We are currently conducting the following research: “Evaluation of vermifiltration as an appropriate technology for the treatment of domestic wastewater in informal settlements of the Colombian coffee region. The case study of Las Colonias. Leaving no women behind”. These women hope that this research will finally try to address the problem of domestic wastewater in the environment. At the same time, we envision the creation of new enterprises, such as the sale of vermicompost and the production of flowers and earthworms, that will position the collective’s women as a model of female agency in the transformation of the region and care of the environment. This is expected to alleviate some deep-rooted gender inequalities in the medium term and consolidate ECOLONIAS as an environmental mentor in the community.

Climatic event patterns, such as El Niño and La Niña, and strong winds are becoming increasingly irregular, occurring spontaneously throughout the year, but with greater intensity. These climatic effects combined with anthropogenic impacts on Las Colonias are causing soil erosion, which is making the land more unstable, leading to the increasingly frequent collapse of homes. Through our initiatives we have managed to raise awareness among around 50 families in the community about the importance of reforesting river gullies where homes are located and not throwing garbage into the river or surrounding areas. Through research we are also demonstrating the importance of managing domestic wastewater so that it does not contribute to the risk of slope instability resulting from soil erosion.

ECOLONIAS has been operating informally since 2018. At the beginning of 2020, the collective was formalised and is now a legally established environmental association that works on its internal organisation and structuring on a daily basis. Our initiatives have had a direct impact on women’s lives, not only in the domestic sphere, where members of the group have had to renegotiate their roles to allow for new activities, but also in the community sphere, where they have built a reputation through a united collective. Since the formation of ECOLONIAS, women have had an active role in transforming the region and have made their voice heard in community decision-making. Other women see the collective as a role model and there is a growing interest in belonging to the group. Our impact has not been limited to the community sphere; we have had the opportunity to demonstrate our initiatives and progress to different public entities and have received their recognition. Finally, financial support for the development of current research evaluating innovative sanitation technology was secured from institutional actors in the water sector.

In the beginning it was very difficult to put the new ideas into practice. Community processes are slow and require a lot of drive and motivation. We had to learn to organise ourselves according to our means, always being very flexible around time. As we were overloaded with work and needed a lot of interdisciplinary support, we started bringing on volunteers. So far, we have brought on more than a hundred volunteers from all over the world who have supported us in all these processes. This has been vital, not only for the contribution of knowledge and effort, but also for the exchange of cultures between the volunteers and host families. Obtaining recognition from different institutions has been a challenge, but we have achieved this through perseverance and being proactive.
Our conviction and insistence on making ourselves heard has opened doors for us. On a more personal level, the most special part of this experience for me has been working with such diverse women and learning from them, their cooperation and their empathy. Before this community, I had not done this kind of social work or initiated community processes. I reinvented myself as a professional and the gain was mutual, we all won.

As my emphasis has been on the transfer of knowledge and management tools, I want the initiatives to progress even without my presence. Women are preparing to be the leaders of their own community processes. We have experienced all kinds of workshops, learning and partnerships, and volunteer knowledge has enriched us greatly. Passive participation has evolved into active participation and leadership. It was vital for these women to create an identity, to unite in a collective, and now that is a reality with ECOLONIAS. We agreed that my sponsorship would continue until they can be self-sufficient. The women envision themselves operating and managing a community sanitation system and wish to create enterprises with which they identify, such as the production of flowers, vermicompost and earthworms. After this experience I want to sponsor other communities through a non-governmental organisation (NGO) that I recently founded: Paziflora.

Learning through community experience has been invaluable; it has involved addressing real, everyday problems encountered in informal settlements and socially interacting with inhabitants and volunteers. Such interactions are complex and unpredictable. Sometimes the processes have a sacrificial undertone, which can feel bittersweet, but they are worth experiencing in order to grow. It is essential to set objectives that are not too complex and that are achievable in the short term. Once you learn to deal with the spontaneity and unexpected nature of these situations, you become more comfortable and find meaning in what you are doing. Small, profound changes translate into great achievements, but perseverance is crucial. After two years of sponsorship in Las Colonias, I won an international cooperation scholarship to specialise in sanitary and environmental engineering. Through this master’s degree, I have brought scientific work to the community with the research we are currently carrying out. 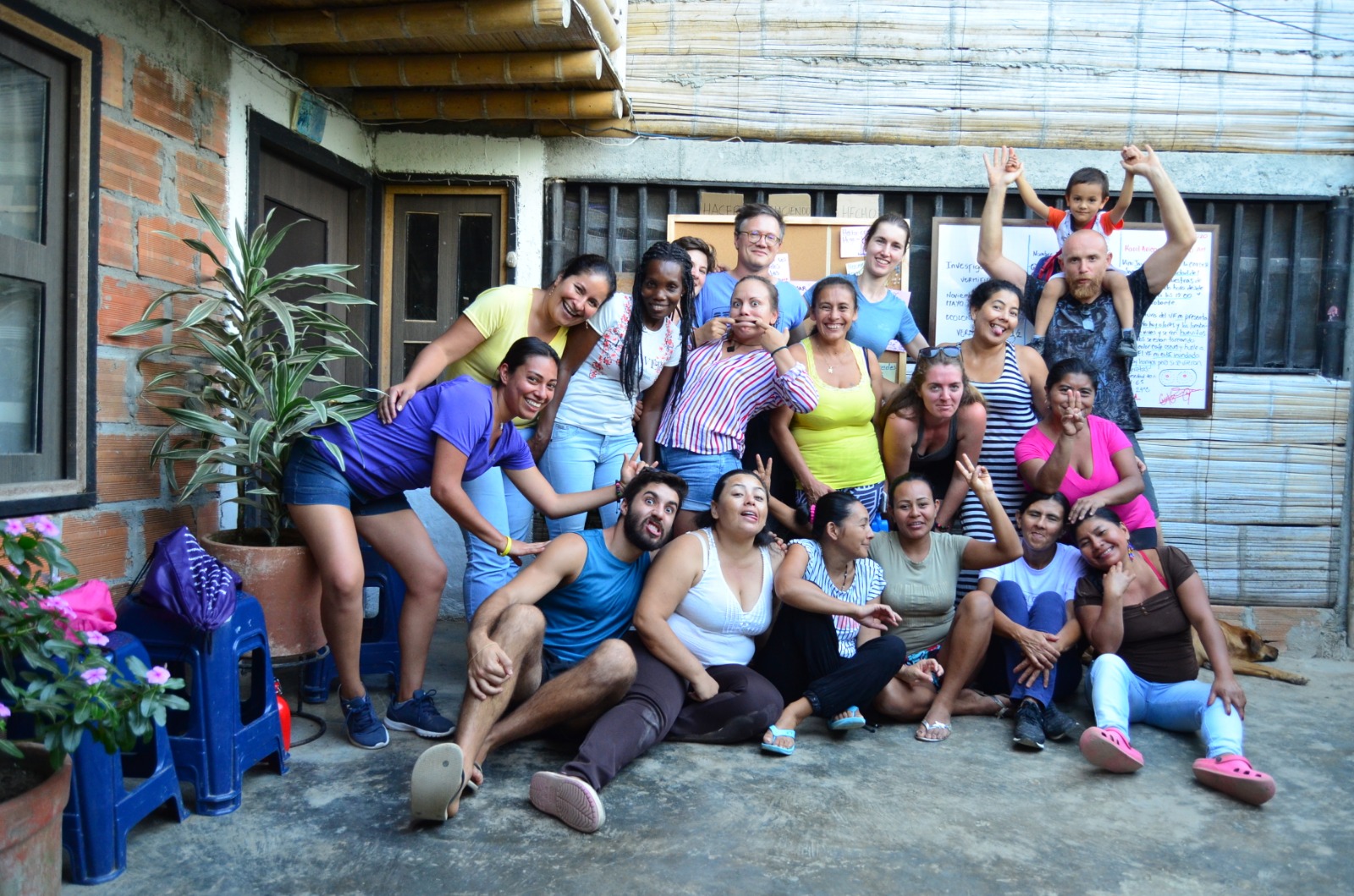 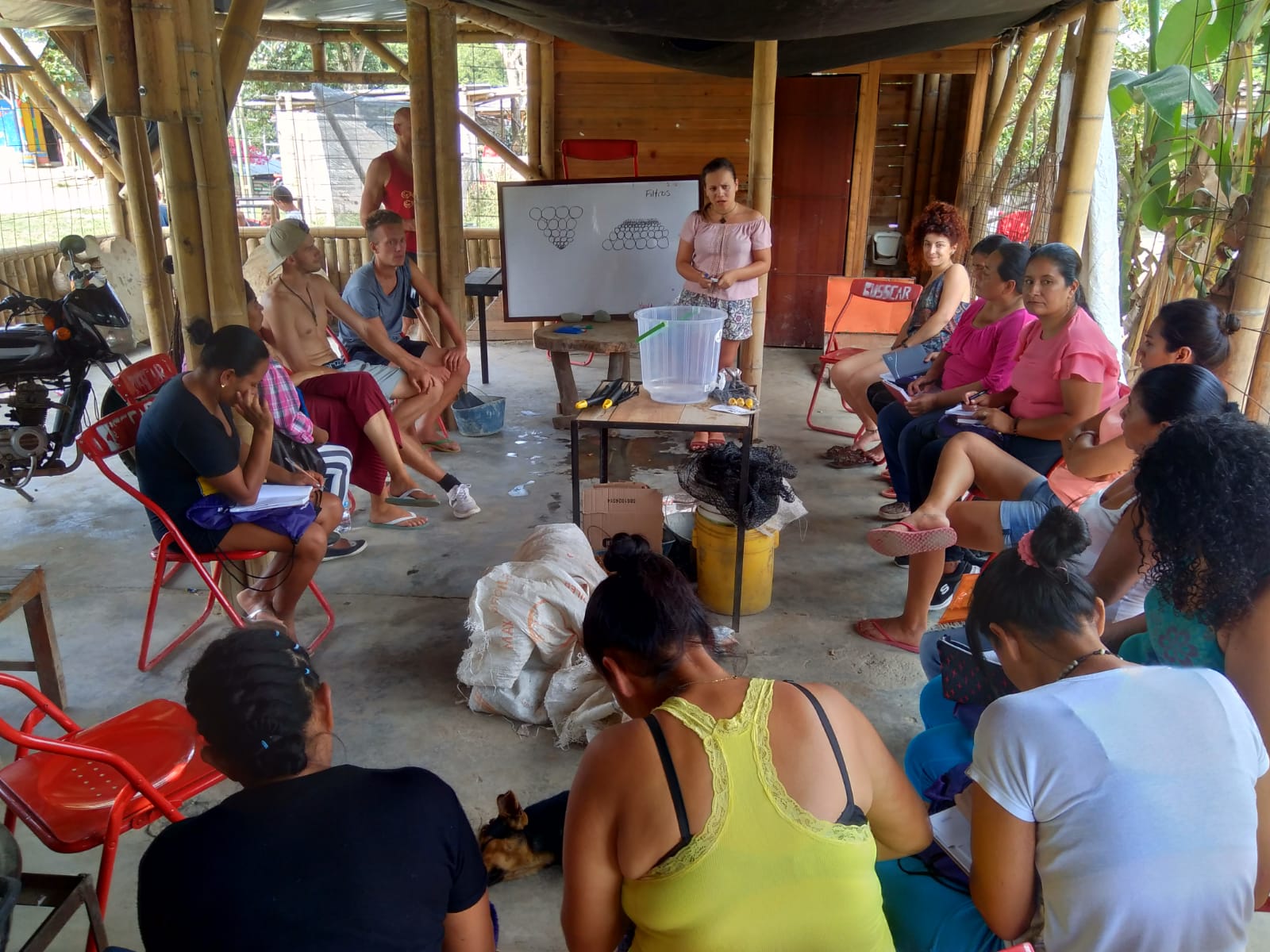 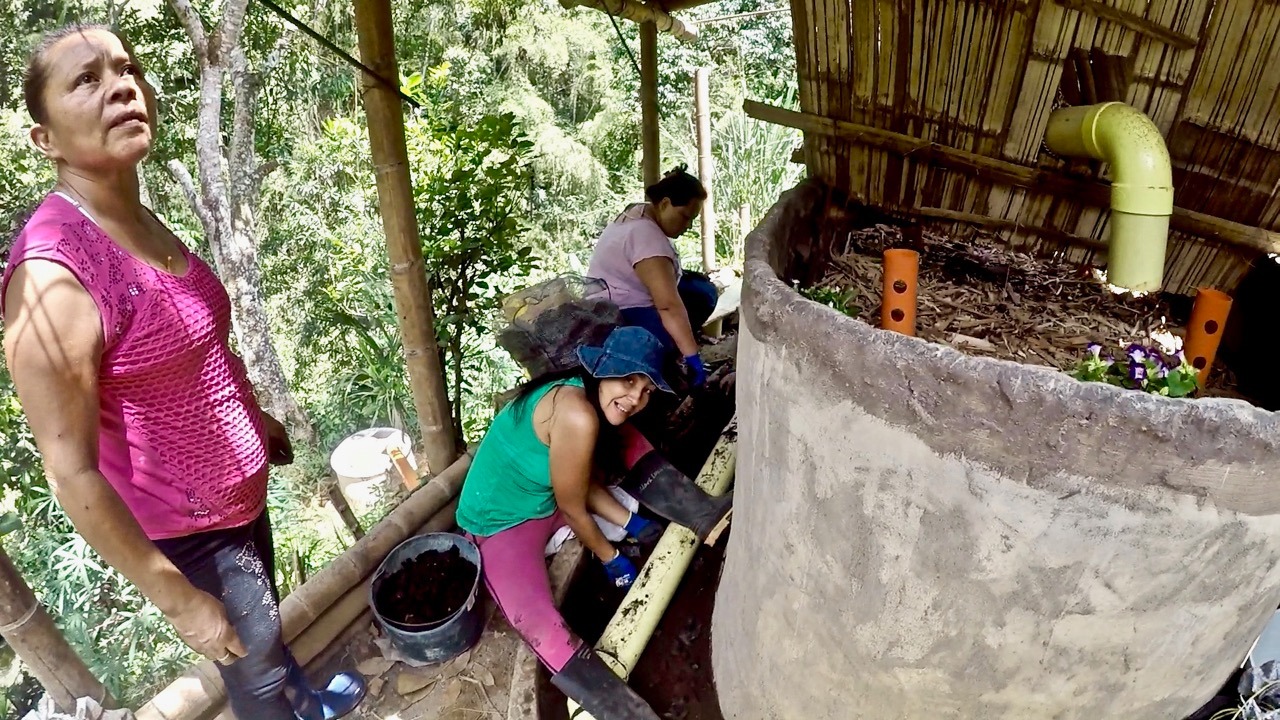 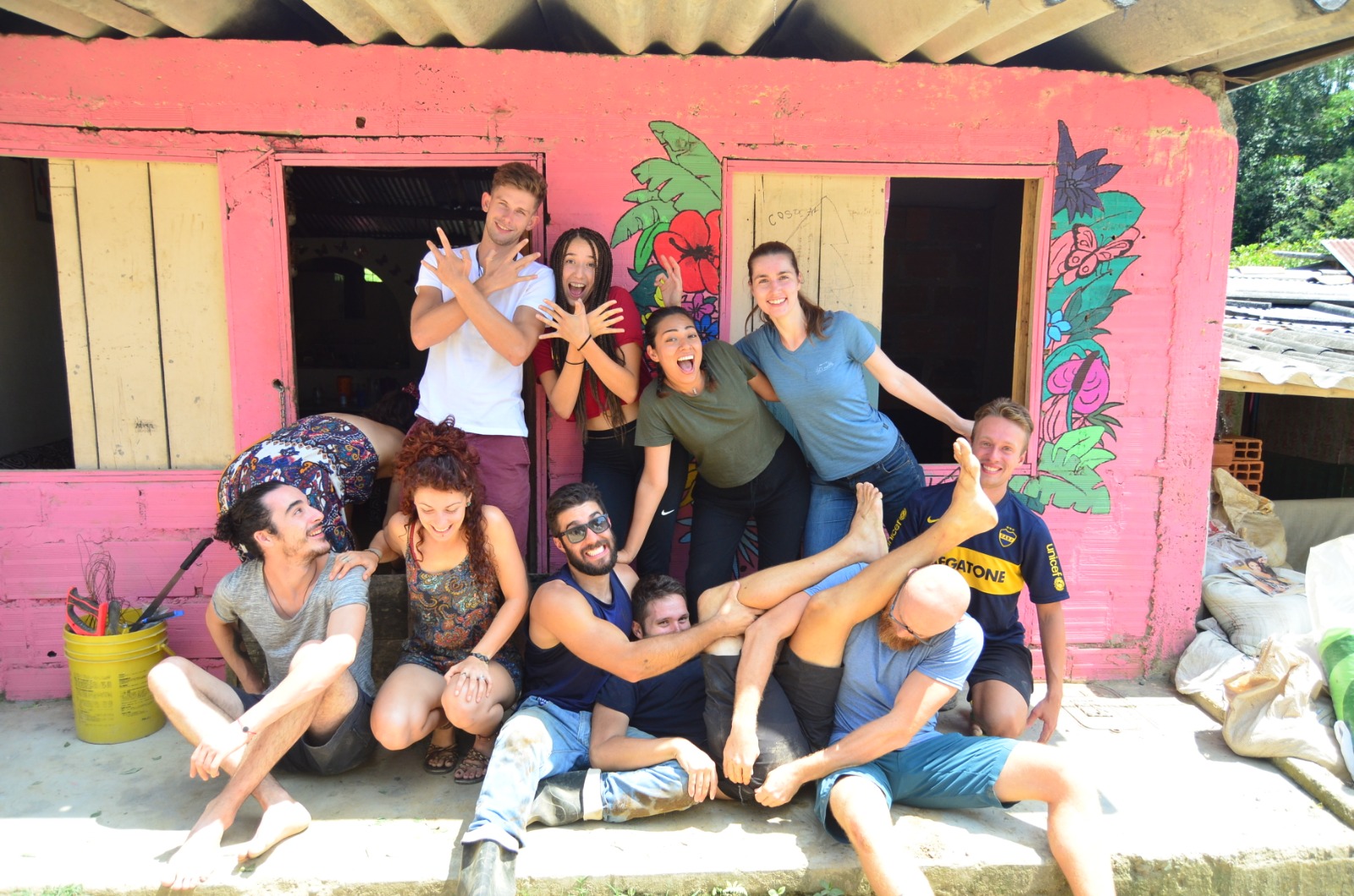 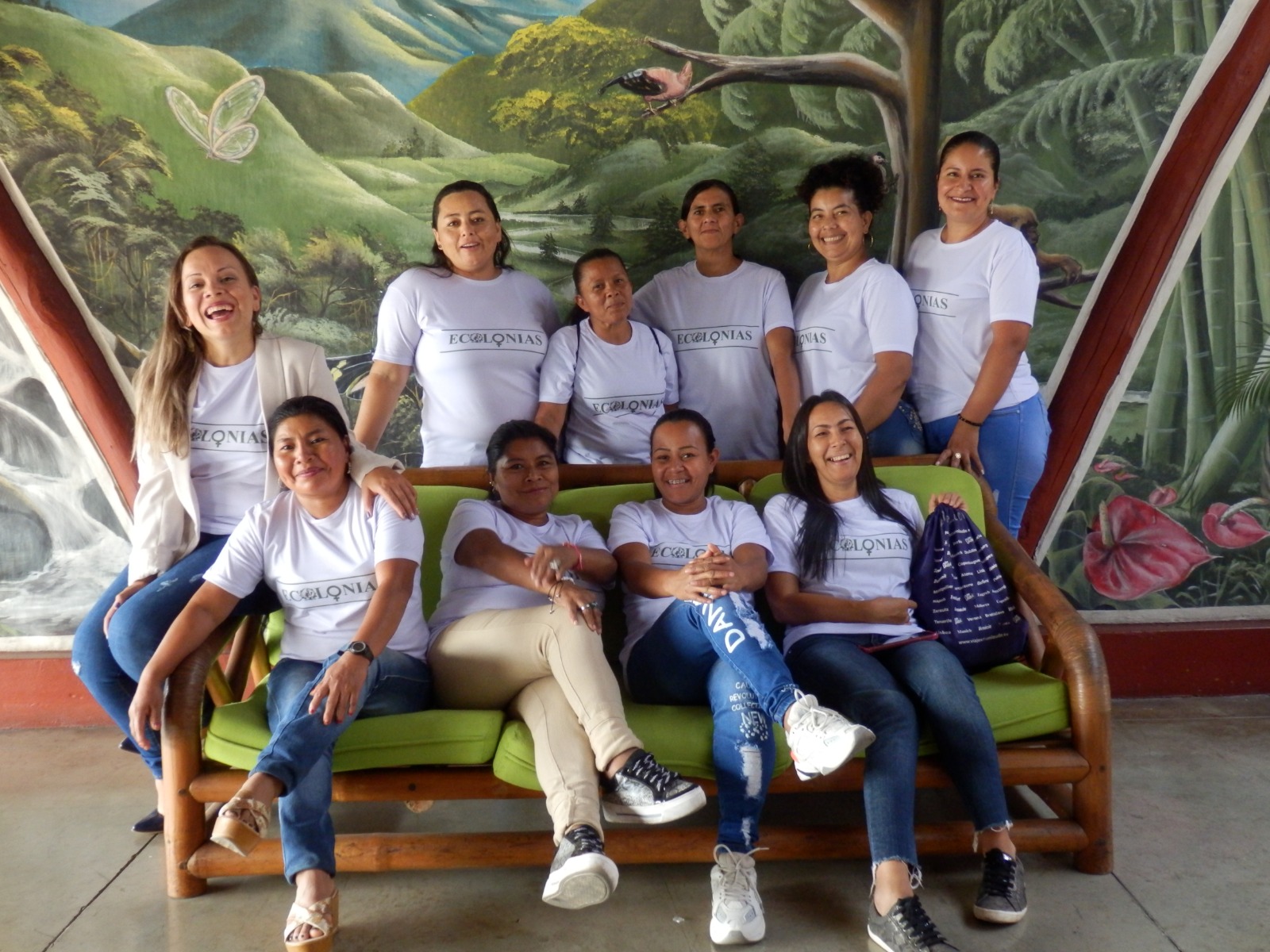 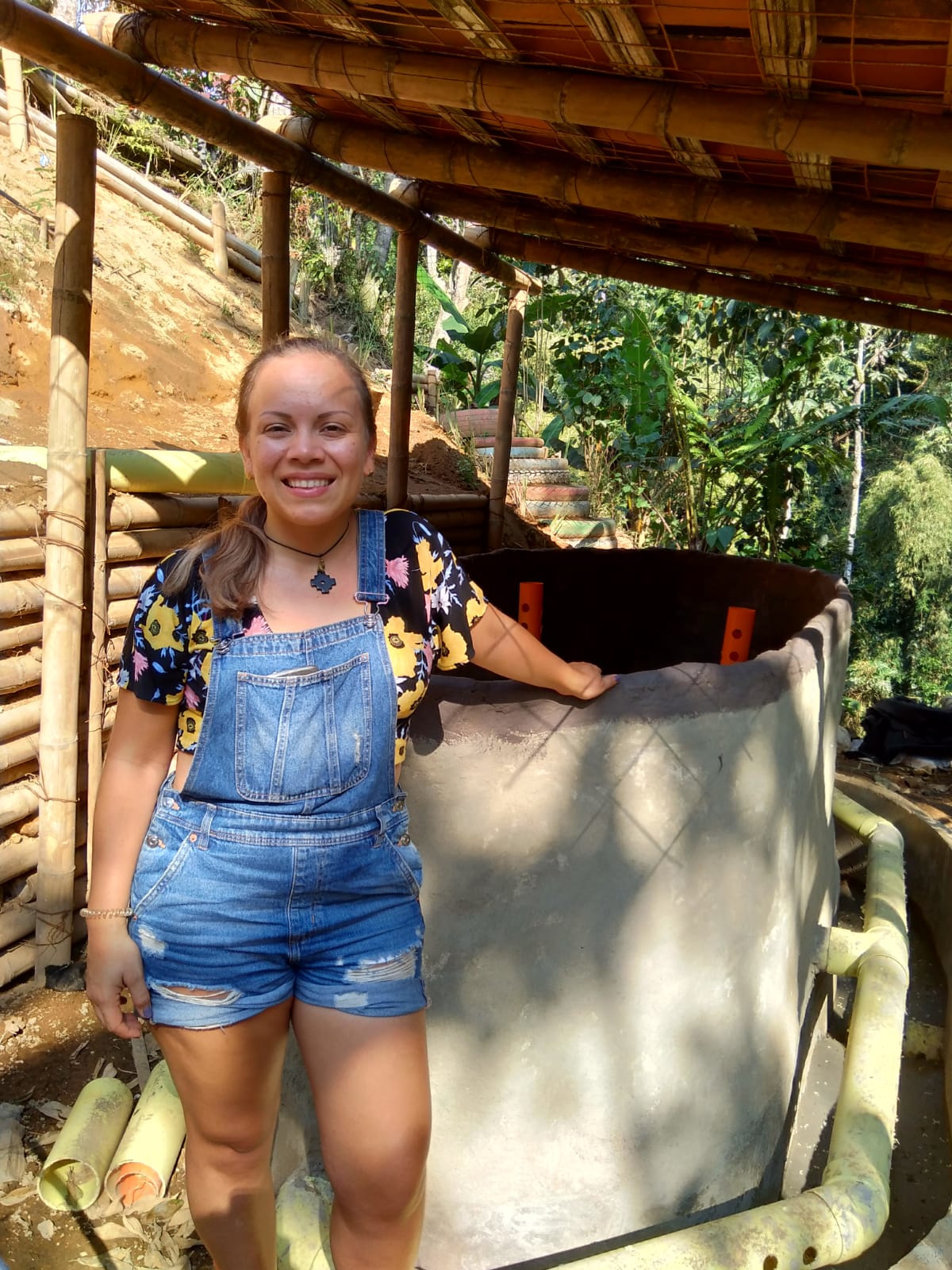