Sarayoj is an extremely isolated indigenous community of 80 families, descended from the Lecos ethnic group. They lived in extreme poverty, drank water directly from the river, and for lighting at night, used candles, kerosene lighters, and on special occasions, a gasoline engine. They did not have vehicular access, so the inhabitants had to walk six hours to the nearest town (Apolo) on steep, difficult terrain to get food, sell agricultural produce and go to the hospital for emergency medical care. Because of their isolation, the 28 children had just six classes a month and the health officer visited the community every six months, only to vaccinate them. Due to a lack of basic facilities, neither the teacher nor the doctor wanted to stay in Sarayoj and asked the inhabitants with serious illnesses or health problems to walk to Apolo for treatment. This often proved fatal, including for mothers in childbirth. The community’s agricultural production was mostly to feed themselves. They produced their own food, such as rice and corn, which they had to take to Apolo, for grains (such as wheat for bread) to be hulled and milled. Although Sarayoj is a native community, it was threatened by a subsistence economy and climate change. As such, we needed to join forces to improve the community’s quality of life and connect it to today’s world, giving it the opportunity for sustainable development, thanks to water.

The people of Sarayoj settled on the bank of a river that provided them with water necessary for life, with the hope that one day this resource would change their lives. At the request of the community, the municipality and rural grassroots organisations, we arrived in Sarayoj and immediately noticed that the flow of the river and its topography were sufficient to move a turbine and produce enough electrical energy for different productive uses. The community was therefore organised through an electrification committee, with active participation from women to run a multipurpose water-energy project that integrates all productive uses, health and education, to eradicate threats to Sarayoj’s survival. Once the project had been planned, we informed and sought support from the Cooperación Italiana [Italian Cooperation], the local council and rural authorities. The project was run with respect for the environment, transforming the river’s hydraulic energy into electrical energy through a microhydropower system using national technology, which has permanently changed the life of the community for the better. As we adapted and applied our technological experience to Sarayoj, this extremely poor community was highly motivated and actively participated in construction (including young people, children, women and the elderly). They worked tirelessly for many days and in the evenings attended training workshops on operation, maintenance, and administration to achieve their final goal: to have water and energy.

The project helped reduce the pressure on the forest, deforestation, the tireless and fruitless search for gold, the extraction of firewood and wood to sell and subsist, and CO₂ emissions, by generating its own clean energy. Increased climate variability is causing more intense rainfall and extreme droughts, which the community can tackle using their own water and energy. These ensure food security by enabling the use of a rice huller and a grain mill. The community has a secure, permanent water system, and the energy can be used to pump and use sprinkler systems and (in the future) drip irrigation systems. The energy also enables production of exotic flowers such as wild orchids, and honey, and efficient use of wood to make furniture, incense and resin, while stopping humidity from interfering with the drying of products to be sold in Apolo. As a result, the community has become more resilient to climate change and is well informed.

The project’s success lies in its rational, efficient and environmental use of water to produce clean, renewable electrical energy. Energy from the low-flow microhydropower system powers the 24-hour storage and distribution system for the whole community. The electrical energy produced allows for diversification of productive activities and food security in the face of climate variability, namely intense rains and severe droughts, which are caused by changed weather patterns. The electrical pumping system is used to water crops and to provide enough lighting at night for activities such as honey collection, floristry and carpentry. This system has also created better living conditions so that the teacher can stay in the community, and there is a health clinic where vaccines and basic nursing and first-aid supplies can be kept cool. All actions and decision-making have been carried out in collaboration with beneficiaries in various meetings held at the head of the local electrification committee, with the active participation of women who, since having energy for grinding and hulling rice, and safe access to water, have been relieved of household chores. They also have more time for other productive and family activities, enabling them to generate extra income in their subsistence economy.

The main problem we faced was the lack of vehicle access to the community, and at one point we doubted that the project would be completed. But the Sarayoj were determined and we helped them put pressure on the local government to build a road, which would not only allow us to complete the project, but also permanently connect the community to the rest of the world, even in the rainy season. This was instrumental in getting the local government to start construction, and they went to great lengths to provide a tractor and fuel to open the road. Thanks to the effort and sacrifice of the community and our technical assistance, the project was completed before the road was finished. It was built very slowly and reached Sarayoj long after our project was completed, and collapsed almost entirely after some intense storms. Meetings with local authorities and grassroots organisations in Apolo made the road a reality. Its lateness was not a problem, since the community was very motivated to use its own energy and water to improve its quality of life. Today, they are the envy of the region as they proudly claim to have their own electricity and use it for all their productive applications.

While implementing the project, we provided ongoing training on the operation, maintenance, administration and care of the system, ensuring and demonstrating the initiative’s sustainability. The community, and in particular women, have become used to the availability of energy and do not wish to be without light again. They oversee those in charge and impose strict requirements, using energy in their productive activities to increase their economic income. They now have a teacher who lives in the community and helps protect and look after the forest. This has become a communal activity which is taught in school, since the forest guarantees rain which feeds into the river and fuels the nonstop microhydropower system. According to community members, the system is cared for like a ‘baby’.

We learned that willpower combined with efficient organisation could make an almost impossible water and energy project a reality in one year of hard work in the rain and blazing sun. The people of Sarayoj never faltered, always demonstrating unity and trust in the decision-making process, solid communal order and admirable drive to improve their families’ and children’s quality of life. The work needed to be completed quickly, forcing us to push forward and stay for longer periods in the community, which could be a struggle at times due to difficult access, while also motivating us to keep going. A less positive lesson learned was not to trust the local authorities, who failed us at a critical moment, but this only made us more motivated to complete the project.

The spiritual connection that the Sarayoj community still maintains with water is incredible because it is a vital part of their ancestral culture that for generations has been the source of life. But, the conditions of a subsistence economy, aggravated by climate change, exerted greater pressure on natural resources and forced the community to seek economic alternatives to the detriment of the ecosystem over the years. However, within their worldview, the intrinsic value of water as a living being and a deity that allows them to continue in life has been maintained for years. Therefore, thanks to the project and the active participation of all, without exclusion, the spiritual context of water has been revalued. Now, water as a living being in the river has been transformed into another living being in the form of electrical energy, in water and food security for households, in energy to move the mill and to store refrigerated food, in lighting improving everyone's education, in energy to be connected to the world, etc., and to avoid accidents and fires due to use of candles and lighters. Once again, water has allowed them to feel united and more strengthened in their social structure. Now, they are also aware of the importance of caring for the basin as a source of water, that the forest must be protected, and that it continues to be the source of life, but in this case to improve and guarantee autonomous, sustainable, resilient and unlimited well-being. 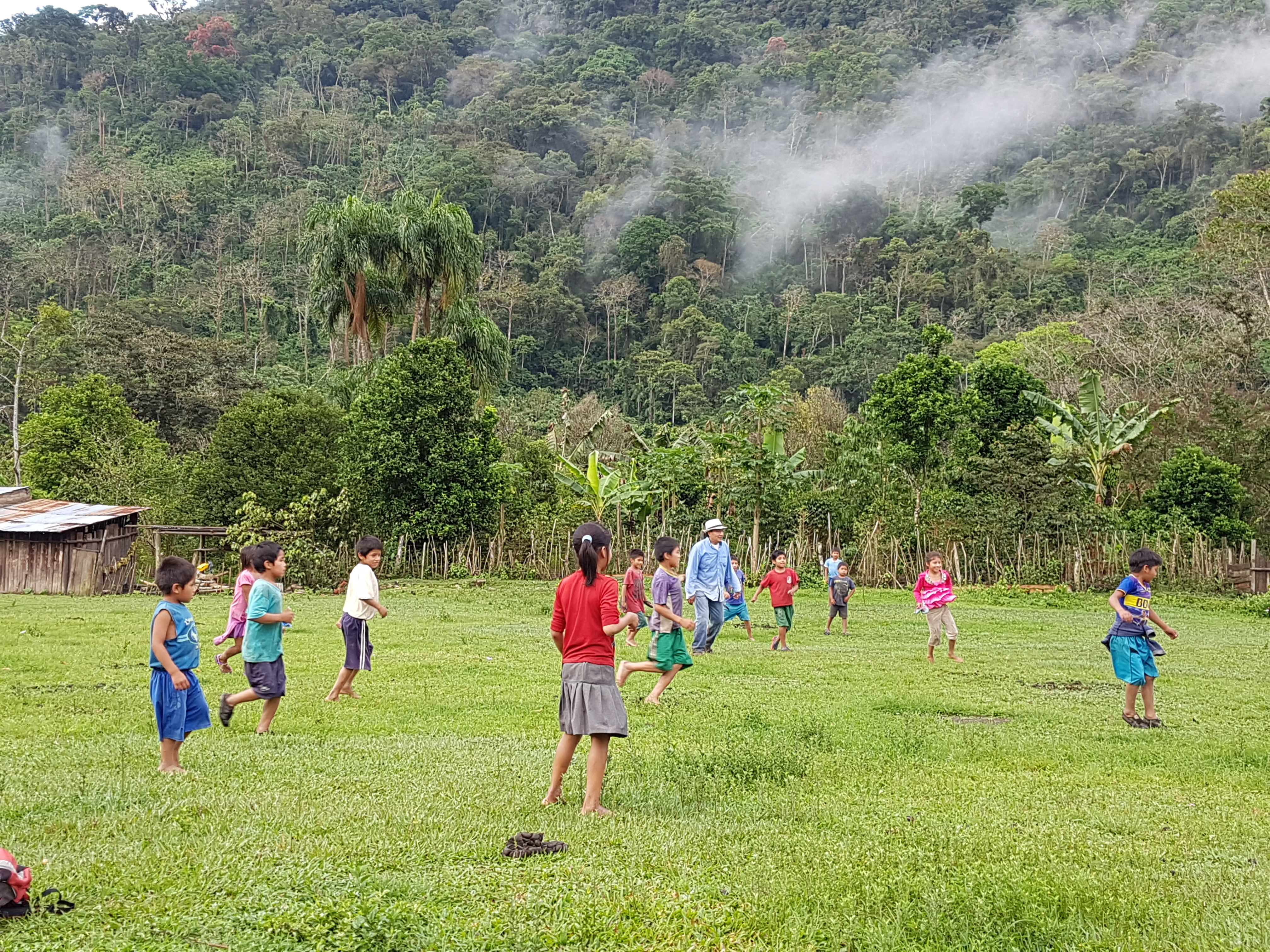 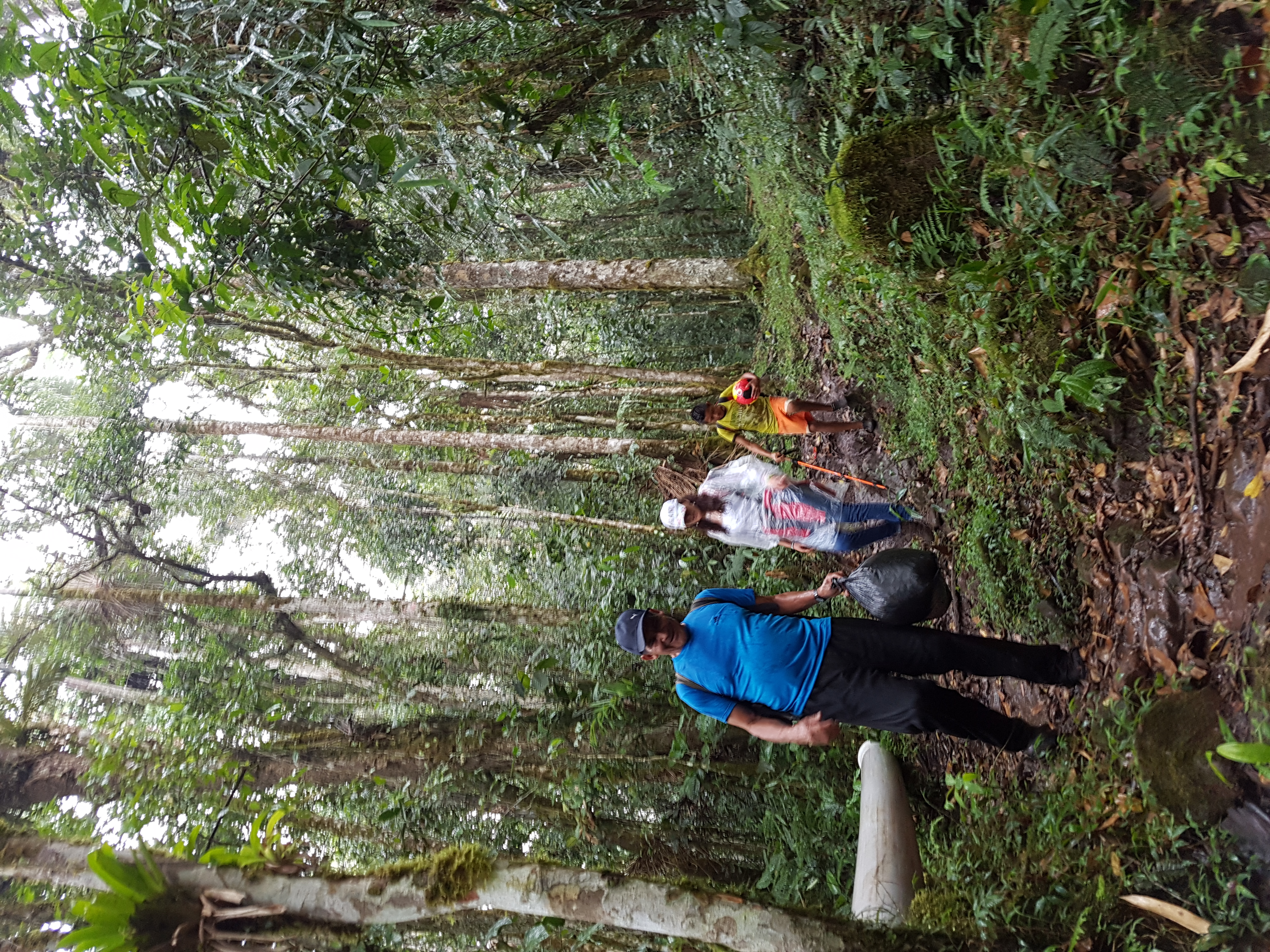 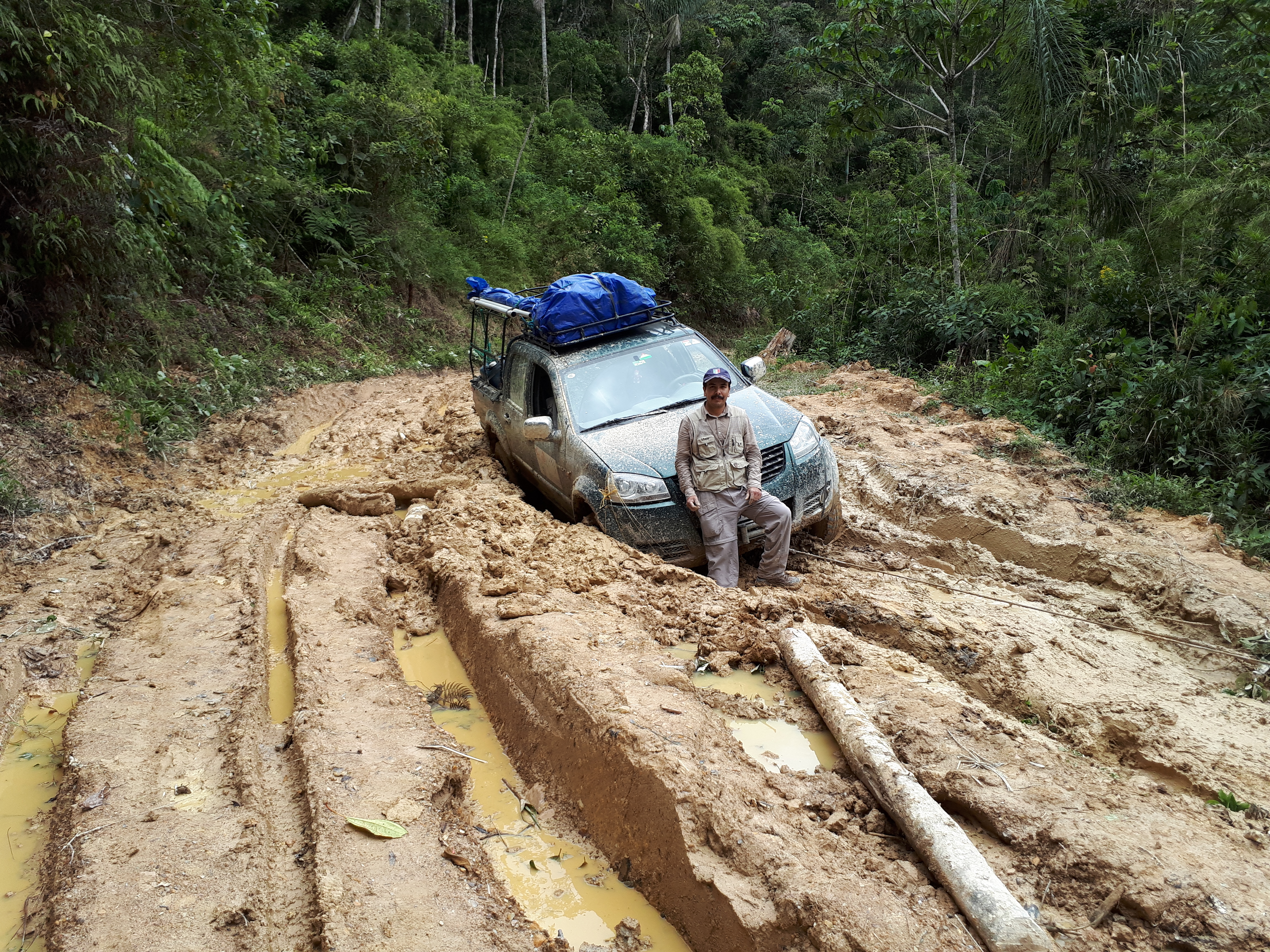 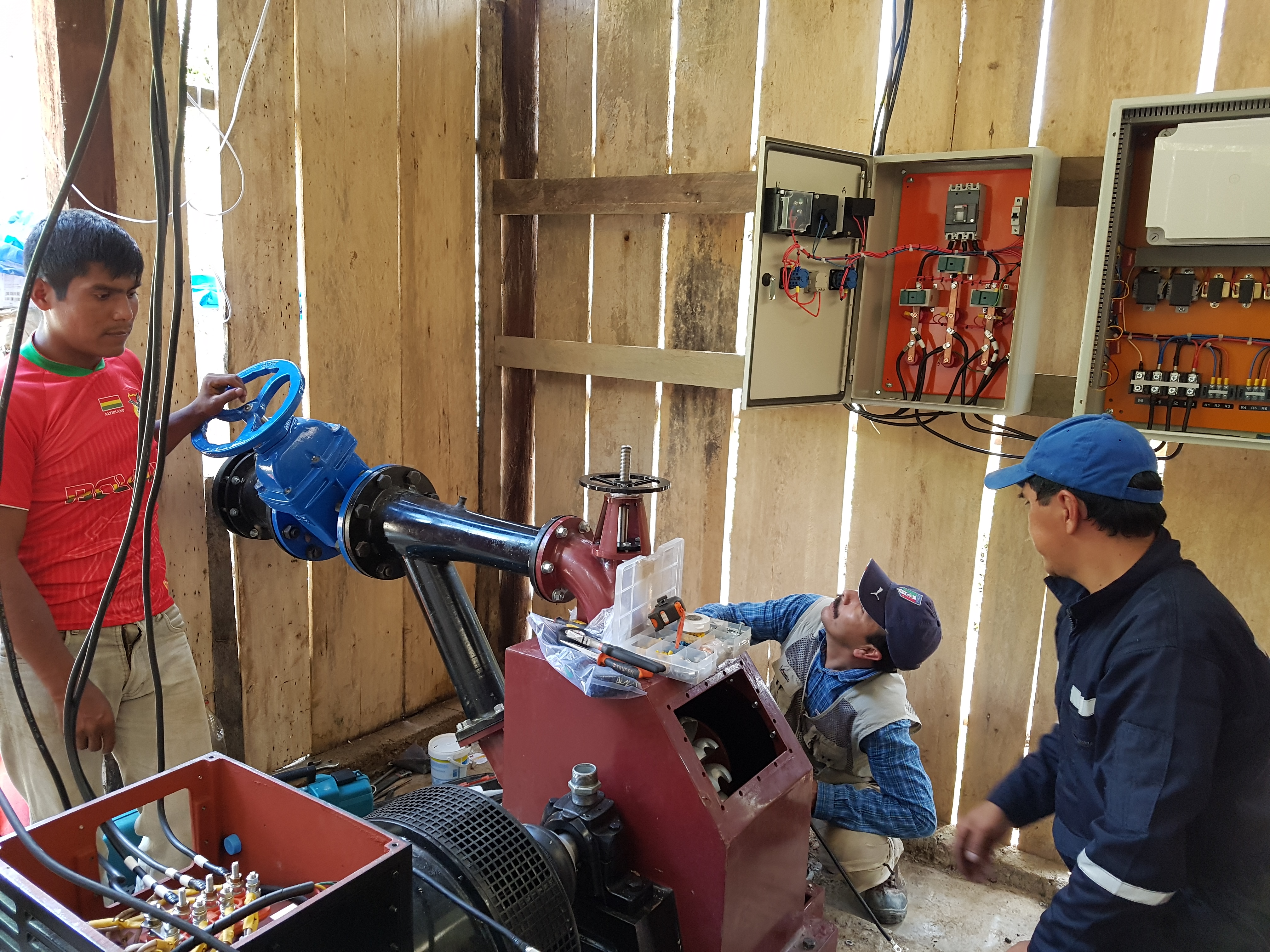 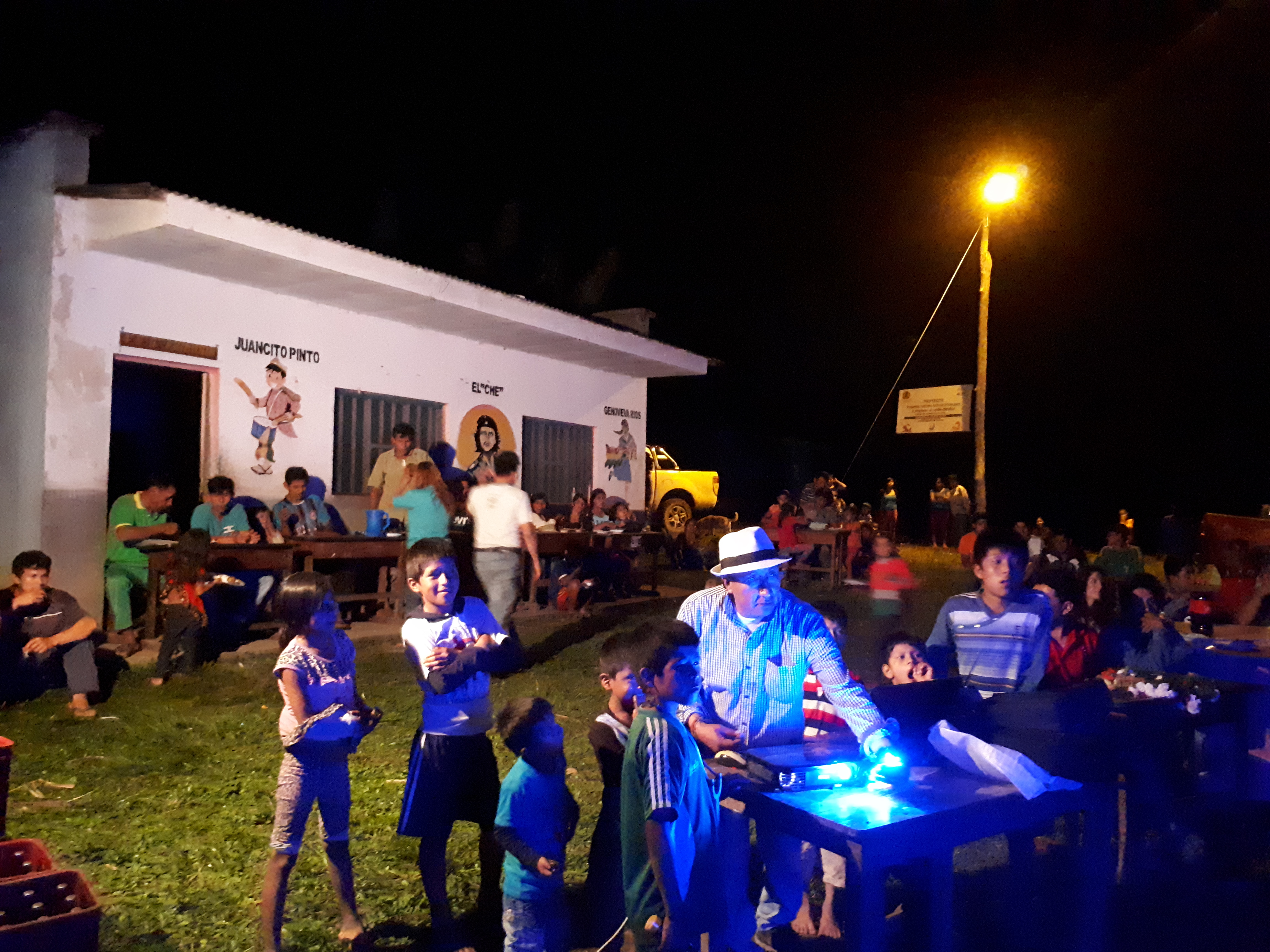 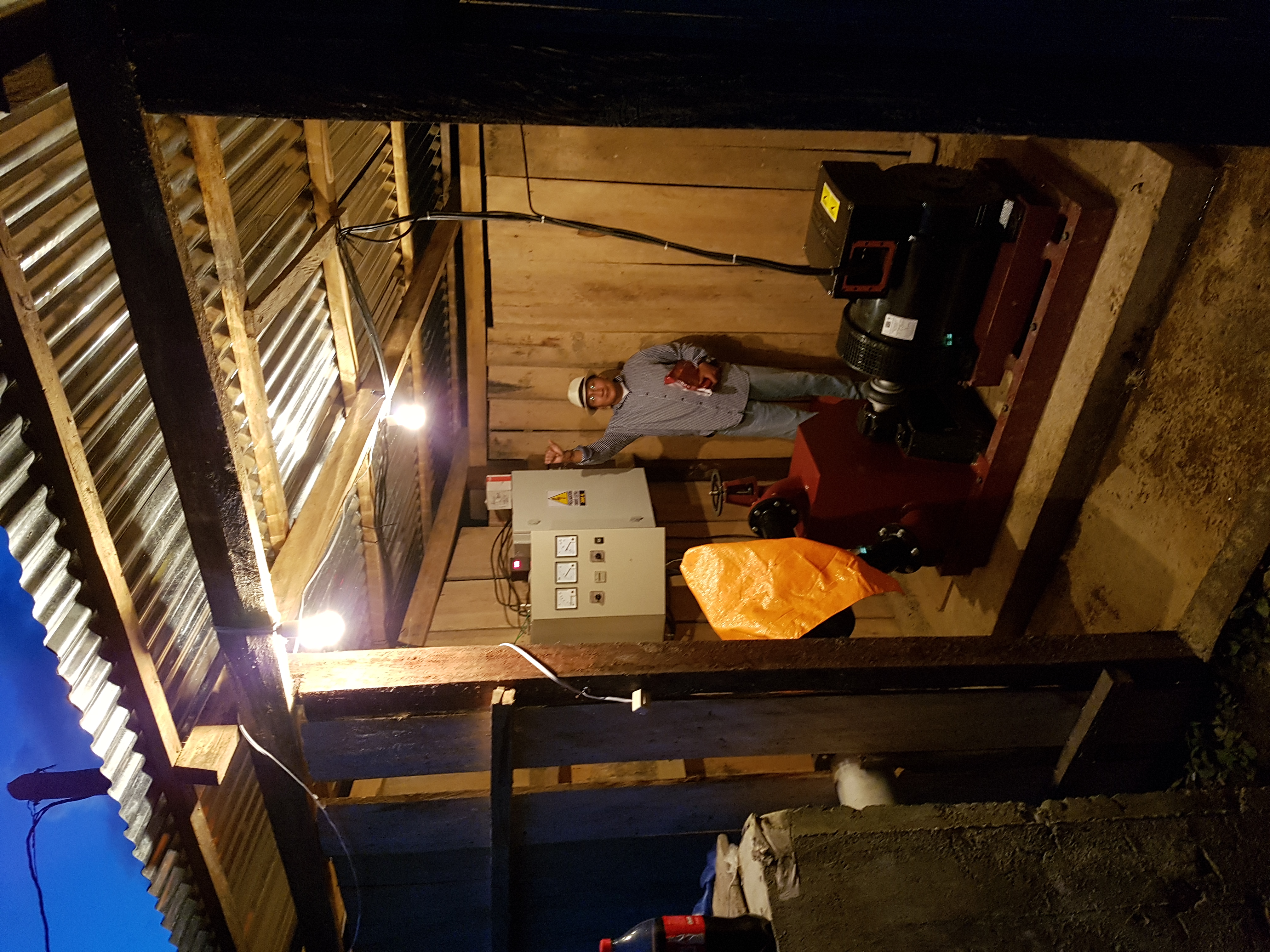