Water Producer Project in the Pipiripau watershed: building resilience in a water-conflict area in Brazil

The objective of this project is to minimize water conflicts in the Pipiripau Watershed (235 km²) through good governance, integrated water resources management (IWRM), and the implementation of good soil and water management and conservation practices. Water availability in the Pipiripau watershed, during the dry months, is not enough to satisfy all demands for rural irrigation and for urban freshwater supply, resulting in water conflicts. An irrigation project, the Santos Dumont Canal (20 km), was implemented in 1980 to supply water to more than 90 small farms. In 2000, the local water and wastewater utility company (Caesb) installed a water withdrawal station in the watershed to supply freshwater to nearby urban clusters. Besides these two main water uses, there are several other water withdrawals along the basin, which depend on the Pipiripau River. About 200 thousand people, rural and urban, end up suffering from water rationing in certain months. Although the Water Law of the Federal District was established in 2001, it was only in 2004 that a strong local water resources management institution (Adasa) was created, which allowed, through its coordination, the union of 17 institutions to deal with the water-related problems under the Pipiripau Water Producer Project.

The Project promotes interaction among 17 organizations, including public and private institutions and NGOs, through the establishment of a Technical Cooperation Agreement in which the obligations are defined according to the expertise and duties of each participant. This integration creates synergy and enhances the impacts of the Project activities. The first step was to develop a detailed diagnosis and to determine the main targets of the project necessary to minimize the impacts of water shortage in the basin during the dry season. These targets are usually based on the implementation of green and gray infrastructure, as well as adequate soil and water management practices in rural properties and dirt roads. Another challenge was to engage local farmers. Considering the provider-receiver principle, the Project promotes Payment for Environmental Services (PES) through public calls in which farmers can voluntarily apply for participation. After 7 years, the project has already benefited more than 35% of the 600 small properties of the watershed and is still advancing. The funds for the PES Program are provided by the water utility company. Now, about 250 ha are under vegetation recovery (420,000 native seedlings). Terraces were implanted in 1,400 ha. More than 200 small water retention basins were implemented along 134 km of dirt roads. The Santos Dumont Canal is being piped, which will virtually eliminate the significant water losses observed in the existing structure. By integrating the main actors and water users, the Project has considerably improved water governance and IWRM in the Pipiripau watershed.

The Project has resulted in changes on social values, knowledge, skills, attitudes, habits, and competencies among farmers, helping them to understand the benefits of working together (associations were created) with environmental sustainability. Adopting better soil and water management practices, for example, they can keep soil moisture for longer times, making their crops more resilient to seasonal droughts, and increase or even save their production. By improving infrastructure and management practices, the water demand is significantly reduced, thus minimizing the conflicts and their impacts on the farmers and to the environment. By increasing water infiltration and reducing runoff, improvements on groundwater recharge and baseflow are also expected, improving water availability during dry months. A negotiated water allocation process is carried out annually, based on previous monitoring and future simulations, which can anticipate potential water restrictions and provide the producers with the essential planning to minimize impacts during water scarcity periods.

Firstly, it is important to mention that all Project decisions are made via the Project Management Unit (PMU), which is composed of all participating institutions, including farmers’ representatives. With this, people and institutions accustomed to fighting over water now sit together to discuss the shortage problem and seek solutions for sharing the available water. This interaction atmosphere was fundamental to strengthening water governance and management in the watershed, as well as the implementation of the negotiated water allocation instrument, since 2014, by the water resources management agencies (ANA and Adasa). The water allocation process is based on hydrological data, simulations, and interaction/negotiation. Thus, the number of hydrological gauging stations for measuring rain, water discharge, water quality, and sediment flux has increased with the Project. Now, automatic stations are being replaced by telemetric ones. In addition to supporting management, these data generate periodic newsletters for the entire society. Besides all the installed green infrastructure, the Santos Dumont Canal piping work alone will save approximately 100 L/s, which is extremely significant for such a watershed scale. Through capacity building, producers have learned that it is not necessary to irrigate every day and that they can do more with less.

There was low adhesion from the farmers in the beginning, mainly due to lack of knowledge of the Project and the fact that, among participating organizations, there were government institutions responsible for environmental and water law enforcement. Trust has been acquired over time, beginning within key properties/areas of the watershed. Funding is always a challenge, not to mention the difficulties to create an adequate flow of resources and to follow the procedures, by-laws and regulations imposed on public companies. These obstacles created some delay at the beginning of the Project implementation. With a total of 17 independent institutions, some divergence within the Project is expected. Before signing the first contract, an almost inexhaustible discussion was made to finally decide that the aim of the Project was to improve the environmental conditions of the farms/watershed and not to solve all environmental problems. As participation is voluntary, a contract is directly negotiated with each farmer. At this moment, Adasa, which is also responsible for regulating public water and sanitation services, is evaluating the possibility of incorporating PES investments into the water utility tariff, in order to guarantee the continuity of this Project and its implementation in other watersheds in the Federal District.

The Project not only generated environmental services but provided many benefits to the farmers. With better infrastructure and knowing how to better manage their resources, farmers are producing more with fewer costs and impacts, improving their resilience to climate variations. The reconciliation with farmers and the improvements in water governance and management are certainly worth the investments made by the water utility company, and it could be more rewarding should it become incorporated into the water utility tariff. For water management agencies, it is a successful IWRM case. The local environmental and agricultural agencies are pleased with the results, as well as the participating NGOs. In summary, it is a win-win partnership for all involved. The Project’s success resulted in its replication in the Descoberto watershed, a source of 60% of the freshwater supplied to the Federal District population. It has also motivated farmers to self-organize in well-functioning formal associations.

Multi-institutional interaction is not easy, but necessary. The only way to make it work is by showing that everyone involved is important. The lemma of this Project is that it does not belong to any of the institutions, but to everyone, including the farmers. The willingness and commitment of farmers are essential. Large investments in infrastructure are not enough. It is necessary to comprehend the farmers to help them adapt their habits. Farmers do not want to be labeled as villains, but as friends of the townspeople, necessary food producers, and guardians of the waters. But they need some support to make that change and to connect rural to urban. This Project started based on previous experiences from some of the partners in other initiatives, but the Pipiripau Water Producer Project is today a reference at the national and international levels.

Since water use conflicts in the Pipiripau Watershed have intensified, farmers have been suffering with burdensome water restrictions, especially during dry spells, which have become more frequent and intense in recent years. The discourse has been the same over the years, expressing that it was not possible to impact 200,000 townspeople in favor of 200 irrigating farmers, who were treated as villains in this dispute. Restrictive Environmental Laws and the Water Law itself increasingly imposed obligations on rural producers, forcing them to reduce their cultivated areas and to pay fees for their water use, considering the user-payer and the polluter-payer principles. The first challenge was to transform the image of the rural producer, from villain to a crucial partner for Integrated Water Resources Management (IWRM). The Payment for Environmental Services (PES) approach establishes a new principle in the region: the Provider-Receiver one. In addition to increasing the self-esteem of rural producers, the Project brought these farmers closer to environmental and water management organizations, thus significantly minimizing conflicts. With the Project's actions and successful achievements, advances in IWRM were reached, such as better and more participative water allocation processes, implementation of new regulatory rules, shared responsibilities among all actors, better infrastructure to increase water availability and guarantee the rational use of water, directly involving the sanitation company and the rural producers. It has also motivated farmers to self-organize in well-functioning formal associations, such as the Canal users, the Agroecological Producers, and those advocating for Community Supported Agriculture, scaling up the Project benefits.

Regulatory Agency for Water, Energy and Basic Sanitation of the Federal District - Adasa
Brazil, South America
Brasilia
12/2011
Ongoing
Strengthening institutional capacity and participation
All the above
By leveraging nature-based solutions , By mobilising utilities , By mobilising the private sector , By strengthening integrity and transparency in decision making , By helping manage floods and droughts , By creating better access to Water, Sanitation and Hygiene (WASH)” , By helping manage watersheds , By improving water management for agriculture , By investing in and building or improving infrastructure By mobilising all
http://www.adasa.df.gov.br/
https://www.facebook.com/Adasadfoficial/
@adasadfoficial 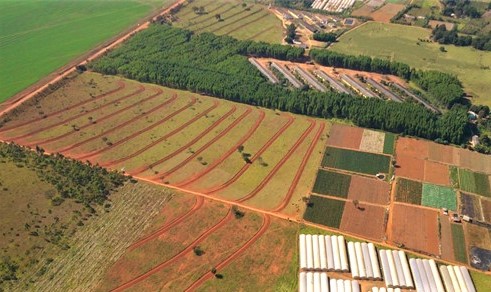 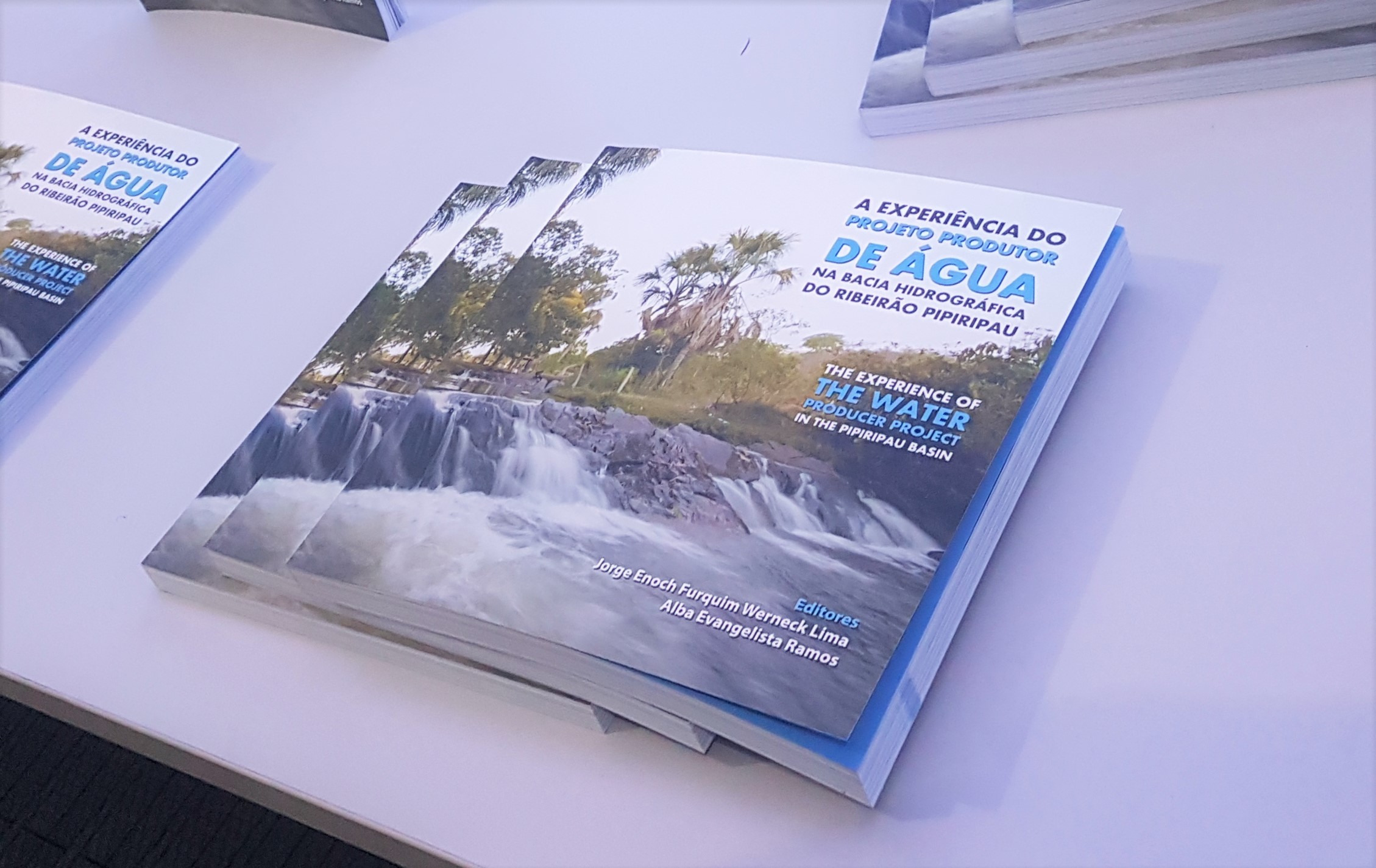