Occurrence of heavy rainfall, floods and long droughts increased significantly over the past ten years, leading to Sri Lanka being positioned second in the 2017 Global Climate Risk Index based on vulnerability to climate change. The frequency of climate related disaster occurrence in the country has caused water stresses to people in almost all districts. Lack of water in an agro-based rural economy, will also adversely affect the socio-economic well-being of the community as well their resilience to adopt disaster. This project demonstrates the viability of rainwater harvesting systems as a practical disaster risk reduction method for climate vulnerable rural communities. Kilinochchi district of Northern Province and Moneragala and Badulla districts in Uva province were selected on the basis of high drought hazard area ( UNDP Report 2012), high poverty Head count index (Census and Statistics - Sri Lanka August 2015) and low access to safe water. Percentage of people with pipe water supply in Northern Province is 6.5% and Uva province is 16.2%. This project, through roof water harvesting systems, provided safe drinking water to 17,900 people from 391 households, 48 schools and 10 rural hospitals in the 3 districts.

The 3 years project provides safe drinking water to vulnerable communities, strengthen the capacity of disaster-prone communities and institutionalized Disaster Risk Reduction (DRR) policies and practices related to flood and drought management. Locations for implementation of the project was selected in consultation with District Secretary, National Water Supply & Drainage Board, Health Authorities, Disaster Mitigation Centre, and other Government and non-governmental organizations. Accordingly, resettling areas in war effected areas, drought prone areas, areas with prevailing water born disease (Chronic Kidney Diseases) and areas without pipe water supplies were selected. Beneficiaries household were selected on a demand driven basis taking into account distance to nearest drinking water source, prevalence of water born disease, number of children, women headed households ( war widows), disability and willingness to contribute in kind in the form of unskilled labour. The project constructed rain water harvesting systems in 391 households, 49 schools and 10 hospitals in the target areas. Around 98 awareness programs were conducted to 4500 community members and school children, 83 operation and maintenance training programs were conducted to 2770 householders, school children and teachers. In addition, around 334 officials and 93 professionals were trained on rainwater harvesting, 30 articles were published in print and electronic media. The information generated from the project was also disseminated through the web site, newsletter and International symposium.

It has been reported that during the drought and floods in recent years, households and institutes installed with rainwater harvesting systems were able to cope better. During the droughts experienced over the last 2 years, the households which had rainwater collected and stored were better off as they had readily available water at home. During 2018 floods in Kilinochchi district when the surface water sources and well water was contaminated the only clean water source that was available to the community was the rainwater harvesting tank. More than 17,900 persons were provided with access to safe drinking water through RWH during this project. Rain water collected is the main drinking water source for many households living in areas where Chronic Kidney Disease of unknown aetiology ( CKDu) is prevalent. According to a recent survey 52.8% of households with CKDu patients drink rainwater (LRWHF Survey 2018).

High demand for rainwater harvesting systems from people in Chronic Kidney Disease areas is evident of the anxiety to obtain clean drinking water. LRWHF works closely with health authorities to identify villages and households which have CKDu patients to install RWH systems. Demonstration RWH systems were installed in 10 remote rural hospitals/ health centers in the CKDu prevalent areas promote the concept as well as for their daily water needs. Public were reluctant to visit or to obtain residential medical treatment at primary health care units as there was no water access for drinking or sanitation use. These centers provides health care daily to over 6200 pregnant mothers, infants and patients with Chronic Kidney Disease of unknown aetiology reported in the area. However, with the availability of water the primary health care centers were visited by the community. Project also targeted war effected areas in the north where development of infrastructure such as water supply has been neglected for many years due to 30-year civil war. Households with war widows were given special consideration to install RWHS.

Despite government policy in 2005 on rain water harvesting, up take of rain water harvesting has been slow due to lack of awareness of local government officials and professionals. One of the main challenges was the reluctance of the local authorities to support the activities due to lack of awareness of the concept and the benefits of rain water harvesting. LRWHF conducted a series of training programs to officials working in the districts and professionals to make them aware of the technology and the benefits. As part of the training program the officials were taken to visit households and schools previously installed with RWHS. As a result, many of the officials trained, later supported in the implementing activity by expediting to get necessary approval from authorities, selection of locations, conducting awareness to local groups and supporting in project monitoring. Another challenge that was faced is operation and maintenance of RWH systems in common places such as schools. RWHS maintaining groups were set up with students, teachers and parents to ensure long term sustainability. Manual for operation and maintenance of RWHS in schools was published by LRWHF to provide practical solutions and guidance for school teachers, parents, caretakers and students.

The changes that were implemented will be endured as the community is benefited. Education of the public at large, officials and professionals which were a part of the project would support continuation of the project. RWHS installed in schools and Medical Centers will act as demonstration centers for promotion of the concept. They will continue to influence school children, community members and officials on the benefits. Training of officials will influence policy formation and future planning of water supply, disaster mitigation and health issues in the districts to incorporate RWH. The fate of the planet is in our children’s hands; therefore, it is crucial for them to learn how to use resources wisely and contribute to the battle against climate change from an early age. Series of awareness programs to children conducted during this initiative will ensure that the RWH concept and technology will be taken forward in the future

Rainwater is a valuable resource, which should be exploited in the most efficient way. In order to achieve SGD6 of universal access to safely managed water by 2030, rainwater harvesting is a must in Sri Lanka and many other South Asian and African countries Experience gained from this initiative can be replicated in other dry zones areas in Sri Lanka as well as other countries in the region. Collaboration, consultations, and support obtained from government institutes, specially the health sector help to identify the target communities which resulted in successful implementation. This will also support future sustainability of the projects in these districts. It has also influenced health sector to actively promote RWHS as a clean safe drinking water supply for CKDu effected areas. Close collaboration with Disaster Mitigation Centers has also ensured that the concept and the technology is incorporated in their future plans. 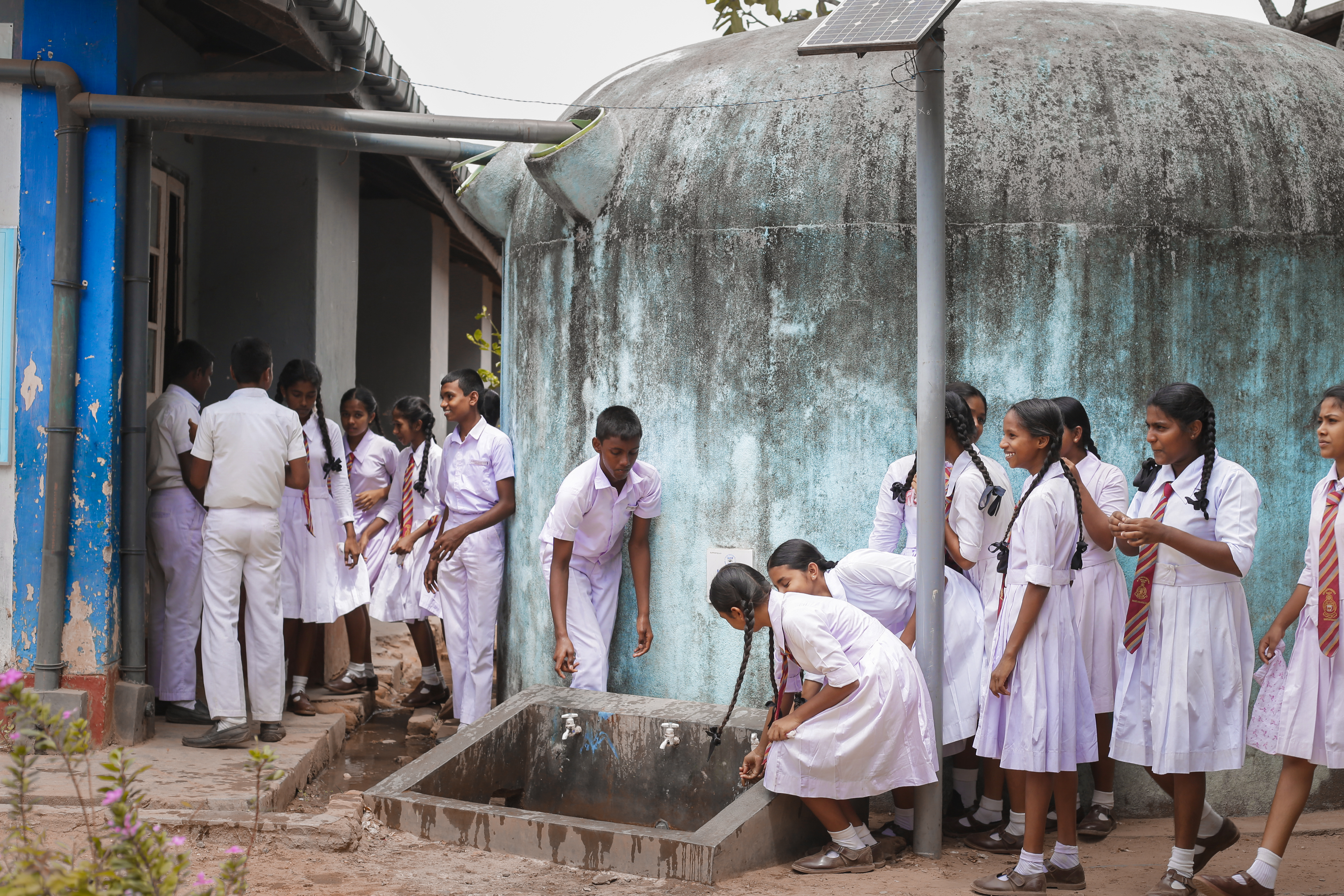 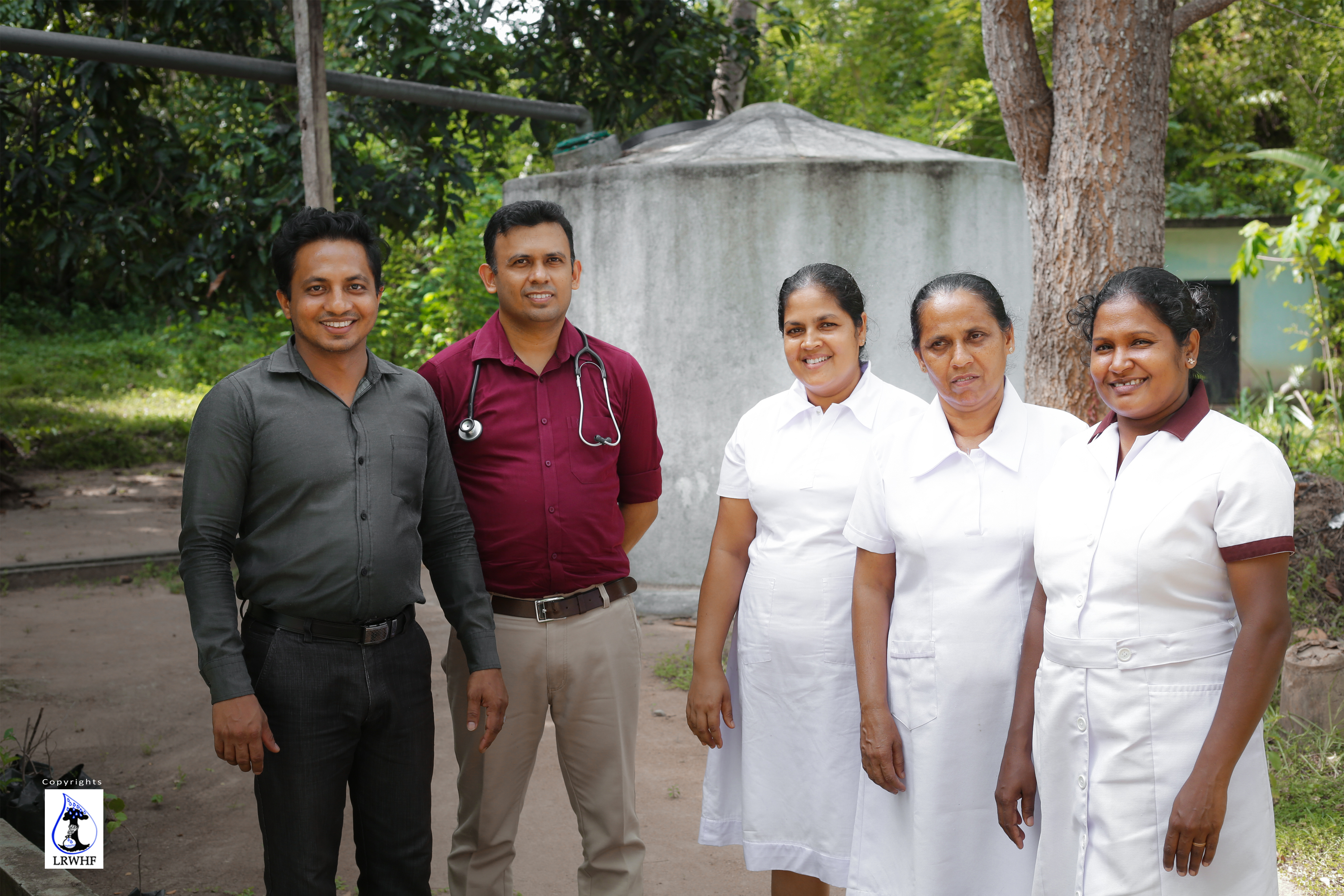 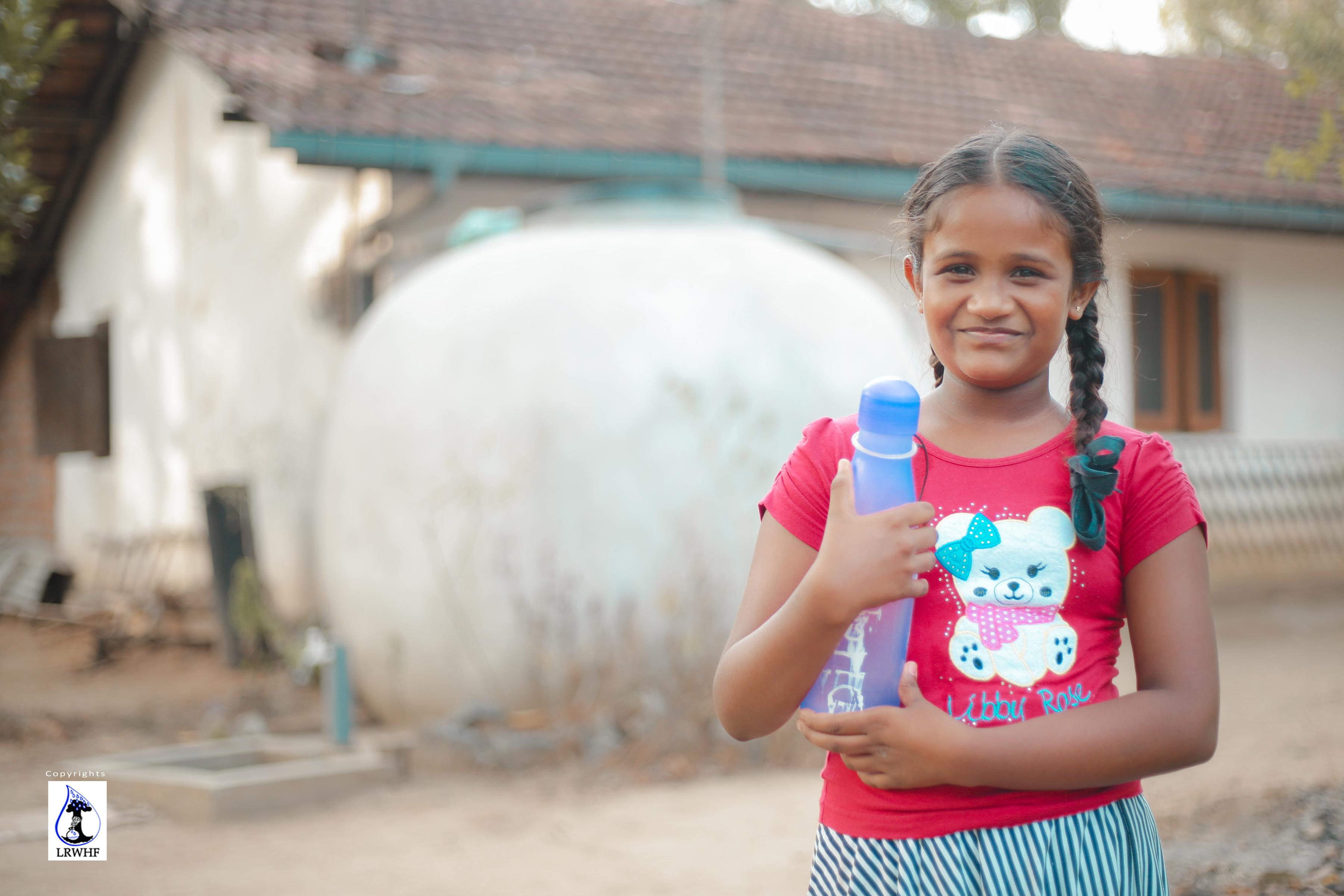 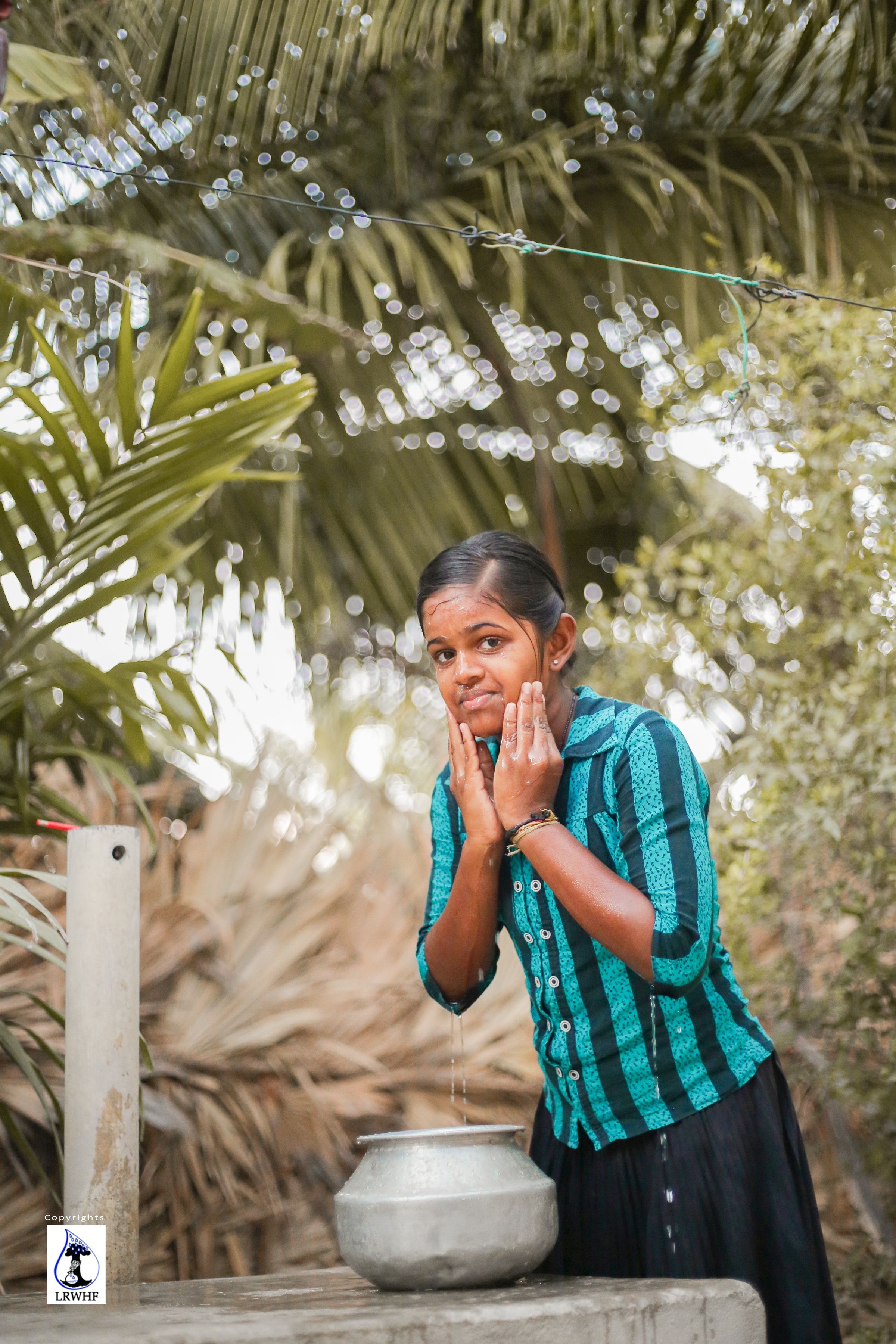 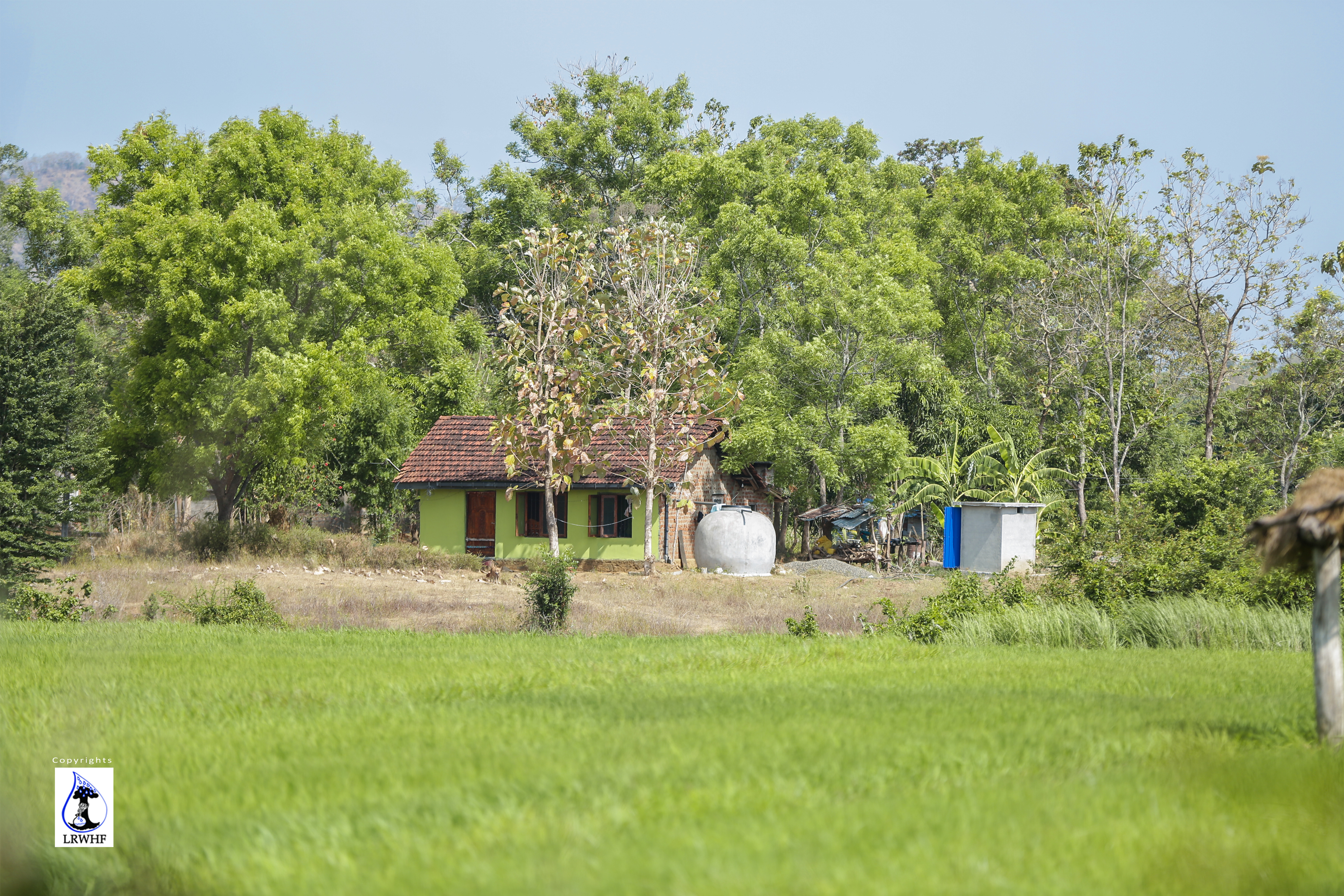