The Private Institute for Climate Change Research (ICC) was founded in 2010 with the aim of carrying out research and promoting actions that facilitate mitigation and adaptation to climate change in Guatemala and Mesoamerica. Given the recurrent impact of various climate phenomena, the ICC focused on applied research that would assist in finding solutions at the local level. Water management was prioritised, with actions including: (i) collection and analysis of hydrometeorological and hydrogeological data; (ii) research and activities on soil and forests for integrated watershed management; (iii) capacity building in integrated water resources management for companies, communities, teachers and officials from municipalities and government bodies; (iv) promotion of water storage and rainwater harvesting; (v) restoration of riparian forests; and (vi) management of risks associated with water excess or shortages. Much of the work focused on Guatemala's Pacific watershed. The 2016 socioenvironmental conflict linked to the use of the rivers on the south coast prompted the ICC to take an active role in the various technical groups and river committees created as mechanisms for dialogue. The ICC provided technical support and proposed and managed a river data system, acting as a catalyst for collective action which not only enabled the rivers to recover, but also reduced conflict.

The south coast of Guatemala has a history of social conflict over the use of river water. In the absence of legislation and mechanisms to regulate and coordinate rational water usage, water levels fell significantly, to the extent that three main rivers dried up between January and April over a 25-year period. In 2015, the El Niño climate phenomenon aggravated the problem by reducing rainfall levels, leading to lower river levels in the following dry season (late 2015 and early 2016). Protests and confrontations erupted as a result, verging on violence. The local authorities (governor and mayors) established round tables, and agreements were reached between the different actors. We proposed a system for measuring levels that would allow its users to make decisions on collective water usage during the dry season. The system became operational in 2016 and began to collect and share data, as well as providing technical support, proposing solutions, making multilevel arrangements with sectors and companies, and handling communication channels to facilitate fulfilment of the agreements. We have done everything we can to improve the state of the rivers. Work is currently being carried out on 58 rivers in 13 watersheds covering almost all of Guatemala’s southern region. For four consecutive years, river levels have been maintained down to the mouth in the Pacific Ocean, and conflict levels have been kept very low.

Our initiative has acted as a catalyst for maintaining dialogue and collective action between different actors all along Guatemala’s south coast. Their collaboration has improved water governance and has had positive results during water shortages between 2016 and 2020. It has also helped during flooding emergencies. In this way, the initiative has contributed to increasing one of the most important elements of climate change resilience. The water access that these various actors have provided undoubtedly helps maintain livelihoods and production in the region, increasing its resilience. Similarly, the significant improvement in river levels has helped maintain the health of riparian and aquatic ecosystems, as well as the mangrove forest. This has also contributed to making the region more resilient to climate change.

Our initiative has greatly influenced decisions on the volume of water extracted from rivers, allowing the needs of all users to be met and an ecological level to be maintained all the way to the river mouth. The data collected on water availability has served as a basis for planning and coordinating water usage. Continuous monitoring – for many rivers, on a daily basis – during the dry season helps ensure that commitments are met and that same-day action is taken to maintain levels if necessary. The initiative has influenced the private sector to invest in water management by funding the monitoring and research system, and in more efficient irrigation methods, as well as to increase the active participation of its representatives in the different river committees. It has also influenced and supported other action, including riverbank reforestation plans and the installation of hydrometric stations which continuously provide data during the dry season and increase understanding of river behaviour during the rainy season.

The country has little experience with water management and governance involving a range of actors. There is no culture of being guided by data in water management and governance, neither in terms of demand nor availability. One challenge was gaining the trust of the different actors (communities, the business sector and the Government). Without trust, our work and knowledge have no value, and they would not have brought about change. Sticking to the science and working transparently helped gain that trust.
It was also essential to validate the data collection process with the government institutions leading the field – including the Ministry of Environment and Natural Resources, municipalities and the National Institute of Seismology, Vulcanology, Meteorology and Hydrology – to prove the data’s credibility. Being innovative and problem solving were also important. Another challenge was maintaining actor participation over several years and integrating new water users who were not present at the outset. We needed to approach them directly through third parties to achieve this. Since this initiative required collective action, its success cannot be attributed to the ICC alone.

There is no doubt that it will be continued, as data collection and maintenance of communication channels for coordinating water use are now deemed essential. We know that without it, water use descends into chaos, leaving users without water and risking rivers running dry. Local conflict rises, and the impact is felt at the national level. Our work helps the Government maintain governance, assures communities that their water supply is sufficient for all their needs, and supports private companies and farms. Its necessity was proved by concerns that it would cease during the COVID-19 crisis. Measures were adopted so that work could continue on the ground, and we used virtual technology to communicate and coordinate.

We learned from this initiative that data on water resources and communication between local actors are essential for sustainable water management. Supporting institutions, such as the ICC, and authorities, must remain impartial and objective. Sticking to technical and scientific facts helps ensure this. Importantly, we also learned that crises and conflicts present opportunities to improve conditions if they are properly managed and the focus is on finding solutions. During dialogue processes, it is essential to reach agreements and ensure that there is follow-up and accountability. This maintains dialogue and reduces conflict.

The sustainable management of the rivers of southern Guatemala has reduced the high level of conflict around water in the region. Water has continued to be an input for small and large-scale production, creating jobs, but in a more equitable way by ensuring that all users along the rivers have access to it. Ensuring the flow of rivers also allows fulfilling the social role of their use for recreational activities and is an indicator of the adequate level of water in community wells in neighboring areas for home use. Decisions have been made by the different actors of the rivers, but our information and technical support have been key. Regarding ecological values, the water from the rivers now reaches the mouth and maintains the ecological balance on the banks, river beds and coastal areas. At the technical board, riparian forest restoration plans have been promoted in some rivers, which have been successfully executed. The information system is seen by water users as an indispensable element and water management cannot be conceived without it. The system has operated in four consecutive years of below-average rainfall, being a mechanism for managing water in times of scarcity, but communication and trust between actors has led to collaboration also in flood events in the area. 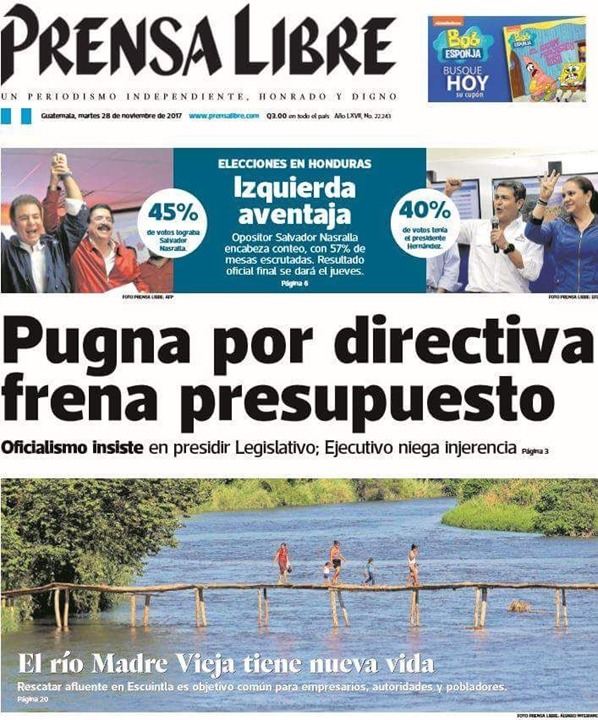 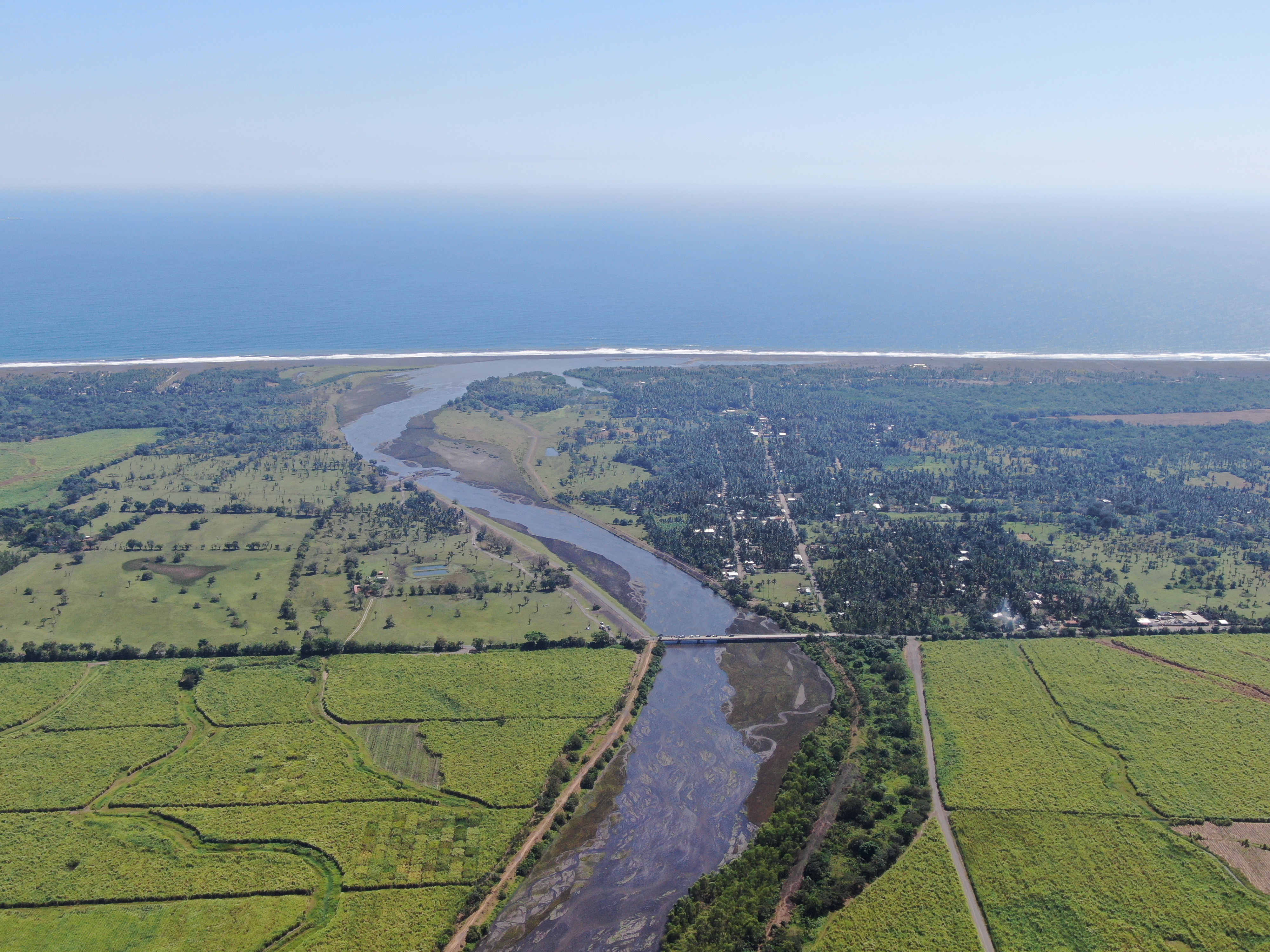