The main problem to be addressed was water scarcity and a lack of access to drinking water. In El Salvador, 8.7 percent of the population does not have access to drinking water, a problem particularly prevalent in rural areas, meaning that they must access it at natural sources far from where they live, limiting families’ supply. The 62 priority families live together as part of the mutual aid housing cooperative model, known as ACOVIACUPA and ACOVIAMET. The location of this housing is strategic, with plots based in and around forest areas. Four measures were implemented under the project: rainwater harvesting in communal areas; the reuse of wastewater to irrigate the community garden and wooded area; the installation of a drinking water system, with a well and a tank to distribute water to the 62 families; and the protection of the El Venado creek through the conservation of the riparian forest. This system allows for the joint collection, harvesting and reuse of water through the implementation of local and sustainable technology so that it may be used appropriately and collectively.

The ACOVICUPA and ACOVIAMET cooperatives encompass 62 families under a mutual aid work model in which they organise and manage community projects. One of the main problems which they sought to overcome was the lack of access to drinking water and the disposal of domestic greywater in such a way that polluted the riparian forest ecosystem in the area. To that end, projects were designed under the technical and management guidance of the Fundación Salvadoreña de Desarrollo y Vivienda Mínima (Salvadoran Foundation for Development and Basic Housing – FUNDASAL), resulting in the development of a system to collect rainwater from the roof of a community hall and a system to treat and reuse greywater to irrigate a community garden and flower nursery belonging to the cooperatives. A drinking water system was also implemented in the form of a well and a tank to distribute drinking water to the 62 families. The initiative used semi-independent technology adapted to the conditions in the area. The only public element is the equipment used to pump the collected water to the organic gardens via a low consumption electricity network, owing to the height difference between the community hall and the gardens. The project required support at the local level from the municipality of La Palma and the Administración Nacional de Acueductos y Alcantarillados [National Water Supply and Sewerage Administration – ANDA], and funding from various institutions.

The initiative has improved the cooperatives’ ability to adapt to different climate phenomena by making water available in the area for the irrigation of organic garden crops during droughts, thus avoiding the need to acquire or use water from the land or from external agents. This builds climate resilience because adequate water management and provision ensures its availability through water collection systems, even when there is little rain. It also helps reduce the runoff affecting the saturation of the soil around the community hall, thus contributing significantly to the protection of the building. Training on water management has also enabled the 62 families to manage water consumption according to need, through the Water Committee.

To plan the initiative, a General Assembly involving representatives of the 62 priority families was organised. Seventy percent of the representatives were women heads of households, who actively participated in decision-making and the implementation of actions. A workshop was also held, which ensured that the families’ younger members were included in the project design process and subsequently in the preparation of water resource management manuals. The benefits of implementing a system for collecting rainwater and reusing greywater were analysed, given that during the drought the families lacked access to water, making it difficult to irrigate the gardens. Institutions including the Ministry of Environment and Natural Resources, the German Embassy in El Salvador, and the Latin American, African and Asian Social Housing Service (SELAVIP) also participated in the initiative. The participation of local actors such as the Mayor’s Office, schools and other communities should be highlighted to promote the project as a model that may be replicated in other areas affected by water shortages.

The cooperatives have been in existence for 15 years. While they were being established, the 62 families faced extreme precariousness owing to their lack of access to land, housing and essential basic services, which left them vulnerable and socially excluded. For that reason, the ACOVIACUPA and ACOVIAMET cooperatives, with technical support from FUNDASAL, launched the mutual aid housing project and succeeded in obtaining land for that purpose, which is where the nominated water sustainability project was implemented. Each of these efforts has contributed to the gradual improvement of the quality of life of the families living in the cooperatives and the strengthening of their ability to face existing climate phenomena and to inhabit spaces that guarantee their human dignity.

The ACOVIACUPA and ACOVIAMET cooperatives have developed management and community participation models with the support of FUNDASAL. For more than 15 years, community organisation has been promoted as a means of developing collective initiatives that improve families’ living conditions. The representatives of the 62 families are involved in the process of identifying problems, proposing solutions, managing the initiatives, implementing interventions under the mutual aid model and carrying out evaluations to generate lessons learned. Training on integrated water resources management was also incorporated into the initiative and included the creation of manuals on using and maintaining rainwater harvesting and greywater reuse systems. A Water Committee was formed, whose members are family representatives and are responsible for managing, distributing, and ensuring the proper use of drinking water. Members have also been made aware of and trained in exercising sovereignty and protecting water resources.

The initiative has allowed for exchanges with other cooperatives at the national level, representatives of which have visited the project to learn about the water sustainability model. The model serves to demonstrate how it could be implemented in other areas of the country that are also affected by drought and a lack of drinking water, particularly in the eastern part of the country, given its versatility in adapting to a range of contexts, under a self-management approach. The initiative has therefore been visited by representatives of the country’s Ministry of Housing and Ministry of Environment and Natural Resources in order to plan its replication in other contexts. It also serves to monitor the environmental impact of the drinking water system to ensure the proper management and protection of water resources. 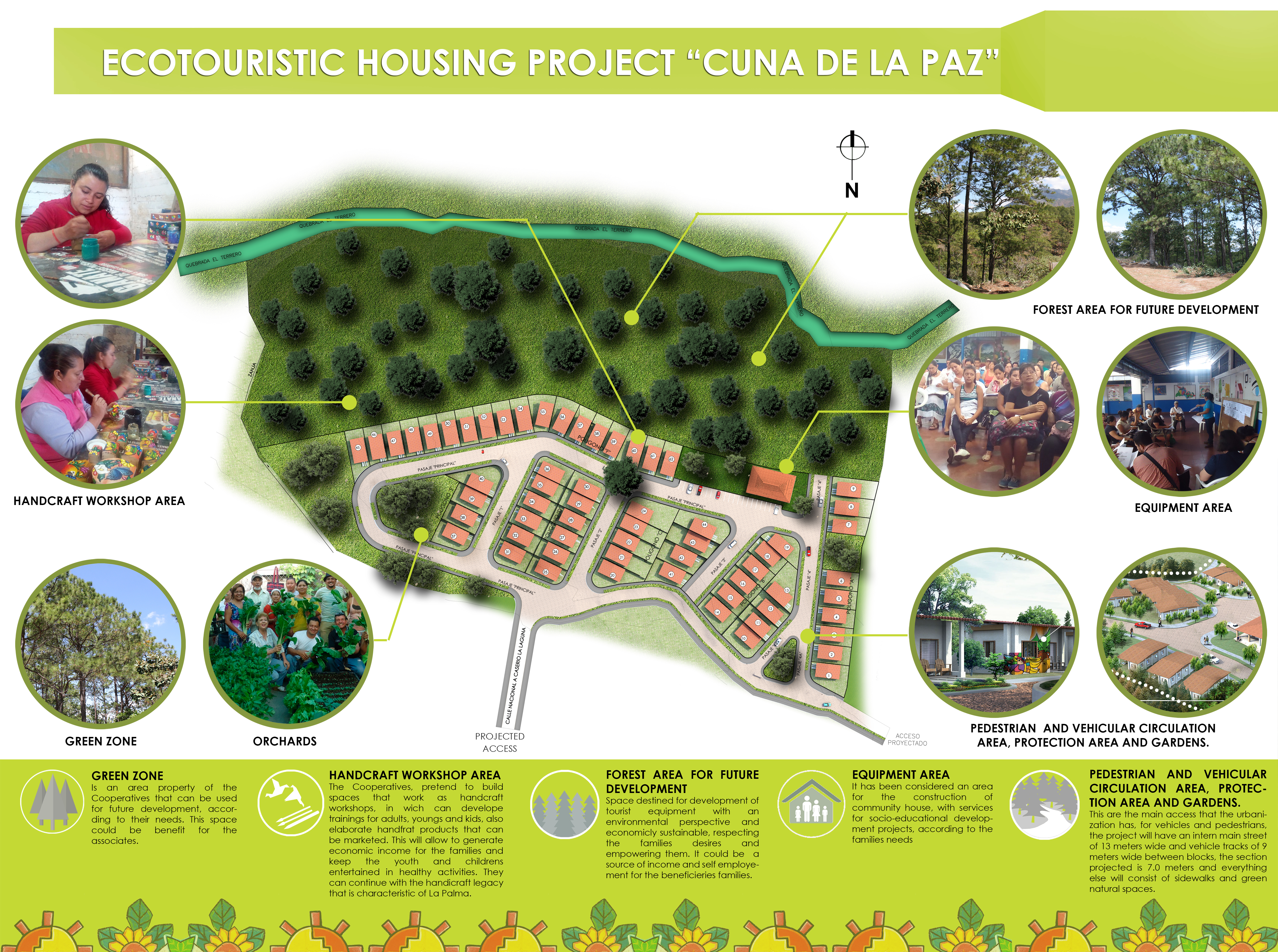