The Atlantic Forest is one of the richest biomes in terms of biodiversity in the world, however, only 7.9% of its vegetation remains. In Brazil, only 12% of the original coverage resists. Because it is a biome located in the coastal area of Brazil, where more than 70% of the Brazilian population lives, this type of forest has been under great pressure over the centuries from human activity. As it is such an important region for the country's development and the consequent subsistence of a large part of the population, the restoration and environmental conservation of the Atlantic Forest is challenging. The Atlantic Forest Experiment Center SOS Mata Atlântica, HEINEKEN Brasil (CEF), was born in 2007 when the former Schincariol Group ceded the São Luiz farm on loan for 20 years to the SOS Mata Atlântica Foundation. Located in the municipality of Itu, in the state of São Paulo, the 526-hectare property was degraded for decades by the historic coffee production in the region and cattle raising. This Center focuses on the recovery of riparian forests, important for the production of water and conservation of biodiversity, and on promoting the recovery of the forest with the direct participation of citizens.

With the objective of using the farm area as a large open-air laboratory, the space was adapted for various activities: a nursery with the capacity to produce 750 thousand native seedlings per year, an auditorium and a differentiated nucleus to raise awareness among the external public. These structures were made possible through partnership with other sponsors of SOS Foundation. More than 300 companies participated in financing this place through other projects like “Future Forests” and “Clickarvore”. All of these investments made the Center the main research center of the country’s Atlantic Forest biome, a reference to orient and give technical support to other institutions regarding the water-forest topic. These partnerships were crucial for the restoration of the farm. The property has already received 720,000 seedlings of native trees from the Atlantic Forest, in an area of 386 hectares. The Center operates in the production of native Atlantic Forest seedlings, with focus on restoring its headquarters and also public and private areas in several municipalities in the State. In addition to these activities, CEF also has the following lines of action in partnership with other recognized universities: Forest Restoration and Conservation of Natural Resources; Research and Experimentation in partnership with the main universities in the country for these themes; Capacity Building and Training; Environmental Education and Mobilization.

The restoration became the area of a functional environment again, recovering ecosystem functionalities it once offered, building climate resilience. The process contributed to the conservation of fauna and flora, permitting a direct impact on the quality and quantity of water, the resurgence of springs, preventing silting of rivers and lakes and increasing the volume of water in the existing reservoir. Main results included the following: more than 4.5 million seedlings produced, 48 thousand visitors, development of more than 40 academic research studies that made it possible to conclude that forest restoration is worthwhile in recovering the environment of an area with the presence of regional biodiversity and which carries out ecosystem services. The research shows that space can be considered a haven for biodiversity, including more than 200 identified bird species and 25 medium/large mammal species, proving that the area is an important refuge for animals in the region.

The SOS Foundation is an NGO in operation for more than thirty years. It has a nationwide influence, and it is a reference in public policies to Atlantic Forest and the forest-water relationship. Being present in Itu, it has contributed over the years to the governance of the water resource, working to influence the municipality water management plans and throughout the region. There is also in Itu the largest HEINEKEN brewery in Brazil, capturing water for production on this property and for which the protection of water resources is essential to guarantee its long-term operation. This region always suffers from periods of drought that compromise the water supply of the city and the industries of the region. As proof of the resilience that has been obtained in the region, these extreme drought events have never affected the production plant. In addition to the development of the restoration process in the area, the CEF has also hosted the project “Learning with the Atlantic Forest” since 2010. Addressed to the regional public schools, this project aims to raise awareness among the populations who live in this biome about the importance of the protection of the environment and their impact on the ecosystem where they live.

The project continuity is admittedly so important that the partnership was maintained, regardless of the change of the company controllers twice during these 12 years, until the foundation of HEINEKEN Brasil. CEF's results are so impressive that the challenge now is to replicate the concept in other places since the conditions of this project are so unique. To scale this project up in another region where HEINEKEN Brasil has operations, the company needs to make a big investment in not necessarily available land. In addition, there was an unplanned combination at the time of the start of the partnership of green infrastructure plus gray infrastructure that resulted in the project's success. The property has a reservoir built many years ago that, combined with forest restoration, changed a previously arid landscape into a clear demonstration of resilience improved by the water-forest relationship. The company can understand the benefits of this relationship at another neighboring owner’s property where there is no water-forest combination. The water quality of the reservoir in this other farm with no surrounding forest is really worse than the water from the São Luiz farm.

The biggest risk is that the region where CEF is located has high real estate value, and the growing urban development of the city may put pressure on property and its surroundings, threatening the quality of the environment that has been created over the years. To guarantee the continuity of the results, in 2019 HEINEKEN Brasil started a new project on site with the Foundation. The "Waters from Atlantic Forest" aims to ensure the hydric sustainability of the region's microbasins by developing models of more sustainable and certified production systems, promoting the engagement of landowners in the surrounding areas, institutions and partners in the revitalization of basins and environmental services. In addition, it promotes research and experimentation, carries out socio-environmental mobilization to develop corridors of native vegetation to connect areas; creates a quality and quantity monitor network in the microbasins, and encourages public policies for the conservation of water resources.

All along this journey, HEINEKEN Brasil has learned from the experience about the importance of forest restoration and its various impacts in terms of climate resilience. We have acquired many benefits that were not initially considered, such as the return of biodiversity in the region. We have measured the progress and benefits generated over the years, regarding water quality and quantity, level of resilience of the Atlantic Forest, and the quantity of native species returning. We also assessed over the years the impact of the “Learning with the Atlantic Forest” project – financed by HEINEKEN Brazil – through surveys with participants. We understand that this project is considered as a reference locally, especially among young people and the network of public schools, but it is also a great opportunity to publicize the importance of environmental education for children and young people and the benefits of the project for the community, making the whole process even more transparent.

The ecosystemic services provided by the forest are: ecological, by increasing biodiversity; economic, by using water and timber resources; and socio-cultural, by generating income for the population and also the involvement with research and incentive to environmental education. Studies have shown a 214% increase in the number of bird species inhabiting the area. It was also proven in another study that the diversity of mammals in the area is similar to that of well-preserved regions, including the top predator of the chain, the cougar (Puma concolor), which reproduced and adopted the place as a refuge. These data allow us to conclude that the environment is healthy and that there has been an increase in biodiversity. The success of the project is due to the combination of green and gray infrastructure present in the area, which prevents the runoff from becoming intense, causing erosion and silting. The protection of the local water resource was verified by the fact that we were able to go through a period of drought without stopping or reducing the production, even being able to supply water to the municipality, Itú. The environmental education project developed at the CEF has become, over the course of 10 years, a cultural reference in the region, opening its doors to public schools and sensitizing approximately 40,000 young people. This project works on environmental education and awareness about the importance of the Atlantic Forest biome through various learning strands such as arts, circus construction of musical instruments. 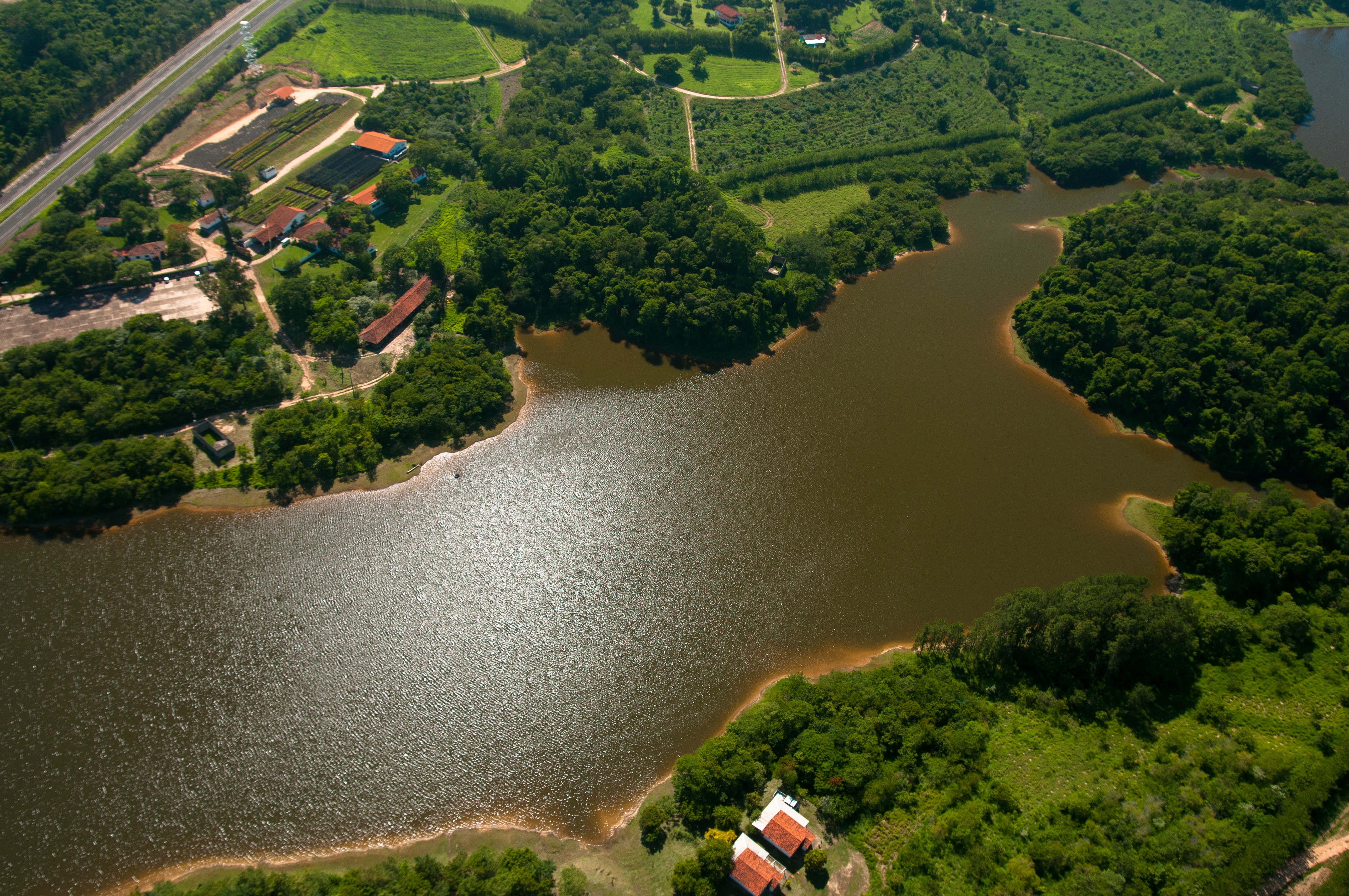 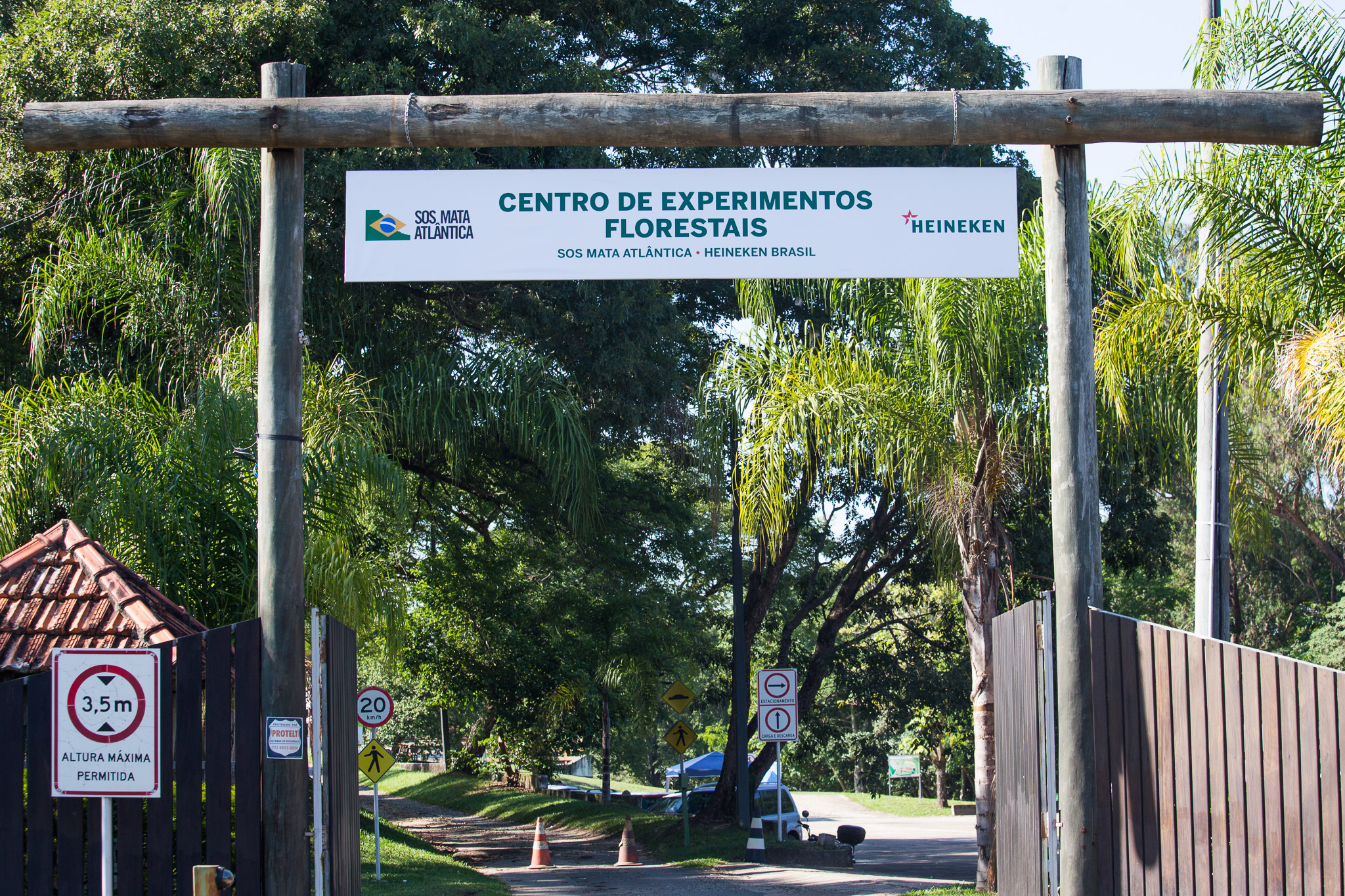 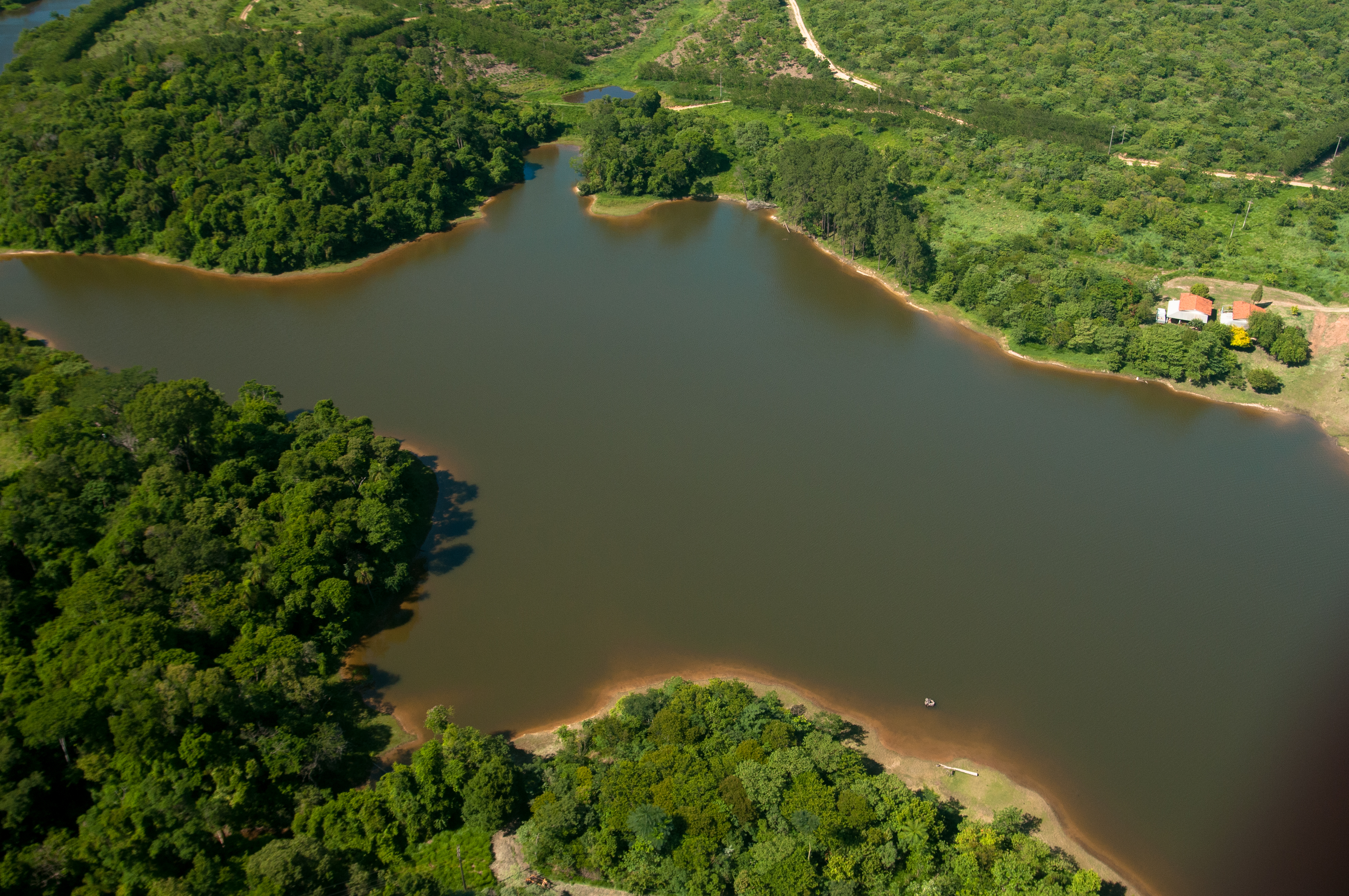 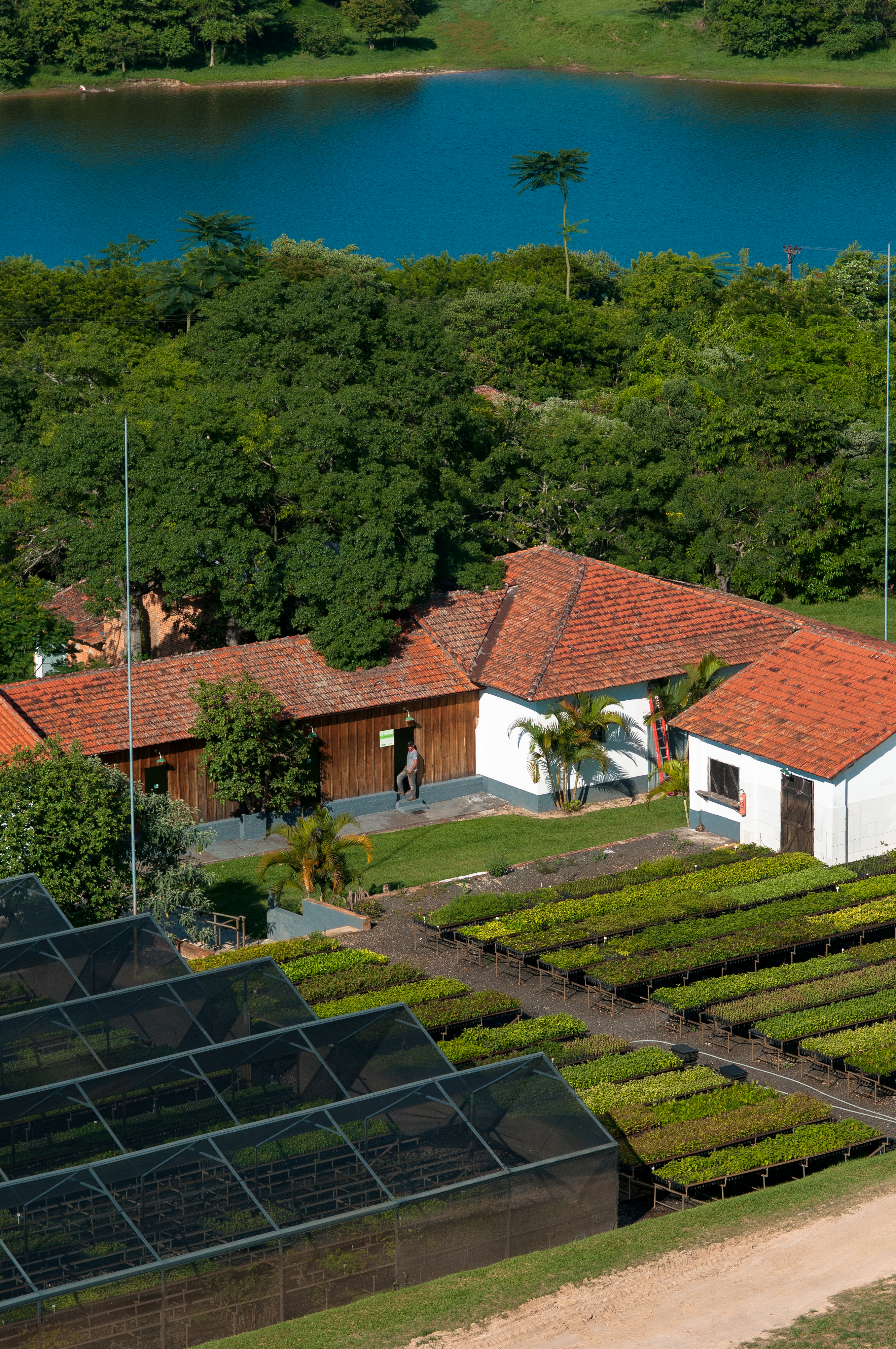 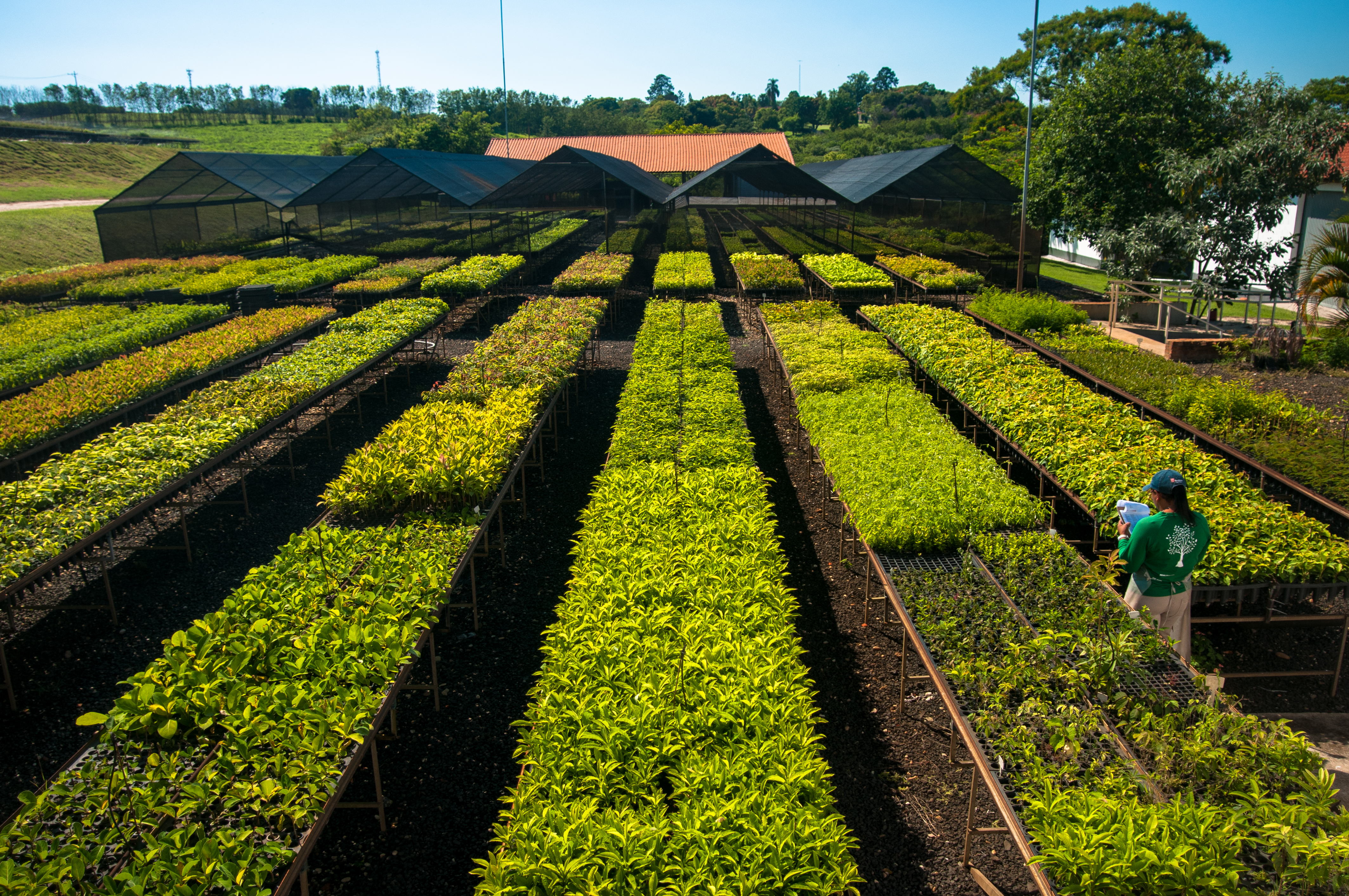