The people of the Lower Shire Valley in Malawi, are faced with extreme development challenges due to a highly variable climate including regular floods that in many areas occur almost annually, and droughts that trap them in poverty and food insecurity. Recognising the severe humanitarian and economic impacts of flooding, the Government of Malawi initiated an assignment aimed at developing and implementing National Guidelines for Community-Based Flood Risk Management (FRM); flood risk mapping, planning, design and construction of FRM measures; public education campaigns and the establishment of an appropriate flood early warning system in the Lower Shire Valley, as part of the wider Shire River Basin Management Programme (SRBMP). Before this project, no guidelines for FRM planning, design and implementation at District, Traditional Authority (TA) or Group Village Head (GVH) level existed. The project undertaken by Zutari (previously Aurecon Africa) in association with BRLi, aimed to address this by developing approaches for Flood Risk Management Planning; costing appropriate approaches to address flooding; implementing these in selected villages; and capturing these experiences in National Guidelines to be used by the Malawian Department of Disaster Management Affairs (DoDMA) and the Department of Irrigation and Water Development (DWR).

The main aim of the project was to alleviate flooding challenges in the Lower Shire Valley and break the poverty-vulnerability cycle in the worst affected communities through provision of FRM infrastructure and public education, and in Malawi as a whole through the preparation of a National Guideline for Community Based Flood Risk Management. Through intensive and sustained community and stakeholder consultations in the valley, the project identified the communities regularly affected by floods (230,000 people), conceptualised and prioritised interventions for the worst-affected communities (187,000 people), used hydrodynamic modelling to design 34 large scale civil works and 41 labour intensive community-based interventions that will reduce the flood risk of 86,000 and 10,000 people respectively, oversaw construction of 10 interventions (protection for 45,000 people), produced a National Guideline for Community Based Flood Risk Management aimed at communities and NGOs which is one of the first of its kind globally, and implemented an appropriate flood warning system across the valley which is operated by the communities themselves. The designs maximised the use of local labour and materials, are low maintenance in character and where constructed have already provided protection during two Tropical Cyclones. Once the first generation of the National Guidelines was completed, training commenced across the valley based on the approaches advocated in the guidelines which focused on building a basic understanding of floods, flood risk management and planning for floods at a community level, and this training was undertaken through innovative means including theatre and advertisements on local radio stations.

Climate change in Malawi may include an increase in the frequency and severity of flood events in the future. Several extreme flood events have occurred in the past 10 years including a 1:100-year event which displaced 150,000 people in the Lower Shire Valley in January 2015 and Tropical Cyclones Idai and Desmond in early 2019. The design of the FRM infrastructure allowed for resilience under climate change by including innovative flood warning mechanisms such as small spillways doubling up as crossing ramps on dykes, contribution to a community based flood early warning system using simple water level gauges in rivers with traffic light colours, WhatsApp groups, loud hailers and sirens, and various simple and affordable methods specified in the FRM guidelines. The infrastructure itself has already provided protection from severe floods in 2019 and training of communities has improved their ability to adapt to climate change.

Flood Risk Management in Malawi goes beyond merely improving the safety of communities, by giving communities a first step up out of the poverty-vulnerability cycle. In countries like Malawi the gap in the delivery of services and infrastructure is often filled by NGOs, aid projects and the communities themselves. To maximise impact and sustainability, the guidelines were written for NGOs and the communities, rather than government and engineers, to guide them in implementing FRM measures that comply with best practise. In consultation with the DoDMA, the DWR, NGOs, experts in the field and the communities themselves, the guideline was written for a non-technical audience and a second part of the guideline, a toolbox, was incorporated to guide design of infrastructure and provide thresholds for when an engineer should be employed. The result was a National Guideline on integrated flood risk management and rural infrastructure which included a ‘how to’ on planning, design, implementation, monitoring and evaluation, and included field level manuals and toolkits. In addition, some 11,500 people from villages scattered across the traditional authorities attended awareness training events of which about 60% were women, delivered through theatre, permanent representatives on the ground and community radio stations.

The use of digital technology in Malawi is very different to the use of digital technology in a developed country due to intermittent and slow internet connectivity, an unreliable power supply and a general lack of skills to run and maintain the systems, including within the government departments. The project outcomes were tailored to this context and various appropriate and sustainable solutions were utilised, such as a community-based flood early warning system. The project constantly walked a tight rope between maximising the number of people who could be protected while at the same time providing protection at an acceptable level of risk. This was resolved by adopting a lower design return period and additional warning measures were implemented in areas where the consequence of failure would be less. Another challenge was that the impacts of climate change on flood peaks and frequency is very difficult to predict as this not only depends on changing rainfall, but also catchment characteristics. Rehabilitation of the catchment, or further degradation, can exacerbate or mitigate flooding. The project therefore framed risks with current climate variability, and used decision making under uncertainty and iterative adaptive management to address potential future changes.

There is considerable evidence that the interventions have already mitigated flood disasters in the valley, such as during Tropical Cyclone Idai, and people who migrated from previously vulnerable areas have since returned. The community-based flood early warning systems have proven effective (e.g. during a flood in early 2018 in the Mwanza River). NGOs are starting to apply the advice in the National Guidelines, and the local Civil Protection Committees are expanding on the labour-intensive works under their own initiatives. There was a marked difference in the trainee’s perception of several key issues, with many commenting that it would not be business as usual after training, and they felt more confident in supporting the villagers with FRM measures. It is difficult to gauge the sustainability of the lessons learnt in the training, however, the labour-intensive works in the villages helped entrench the lessons and spread them further through the community.

Because the project contained multiple aspects, from stakeholder engagement with all levels of government, NGOs and communities, identification of the problem, initial planning, feasibility phases, detailed design and construction supervision, the project served as a unique laboratory for suitable planning, design and implementation of FRM measures in a developing country context like Malawi. The lessons learned were fed back into later designs and the final version of the National Guidelines for Community Based Flood Risk Management. It was also evident that while Malawi had developed Disaster Risk Management Policies and Strategies, these had not been translated into approaches towards FRM and the integration of flood risks with Malawi’s sustainable development vision. The development of the first edition of the National Guidelines also highlighted that there was a need to align approaches to FRM with the legislative requirements in disaster management, housing and spatial planning and the water resources sector. 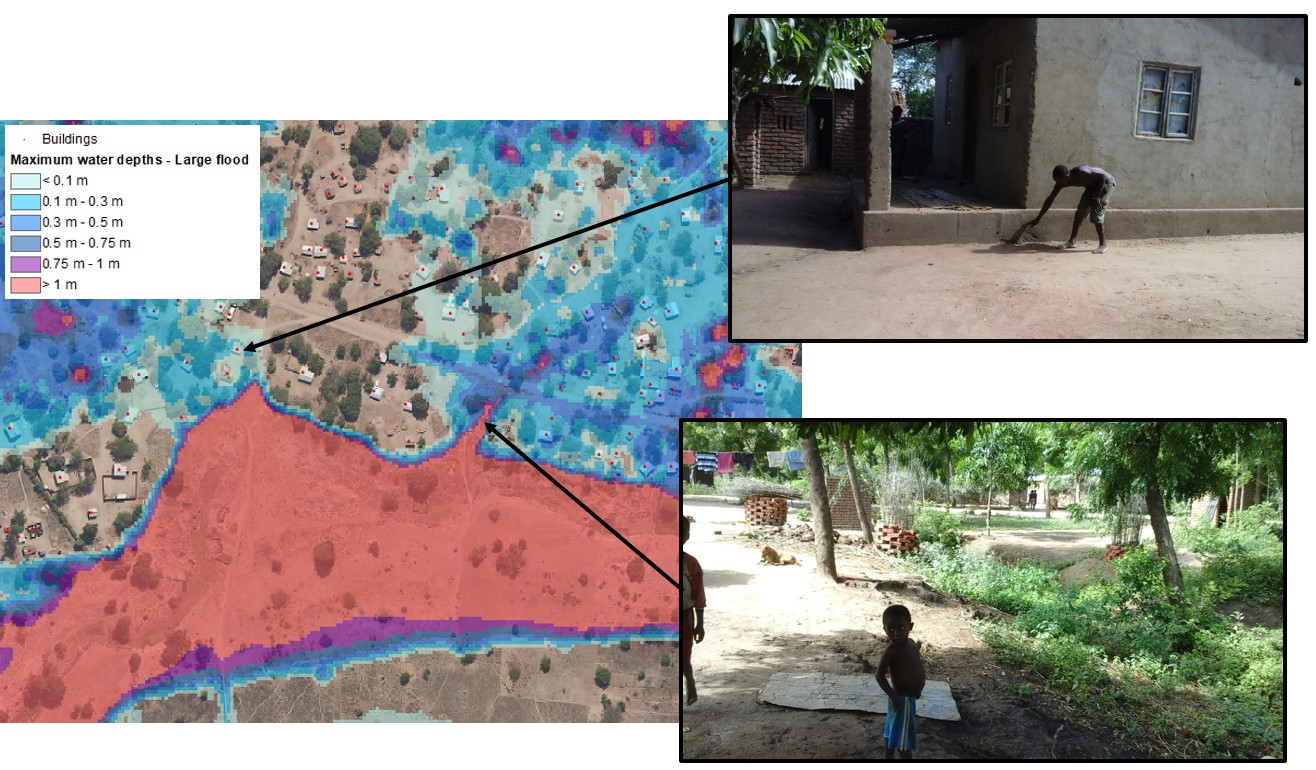 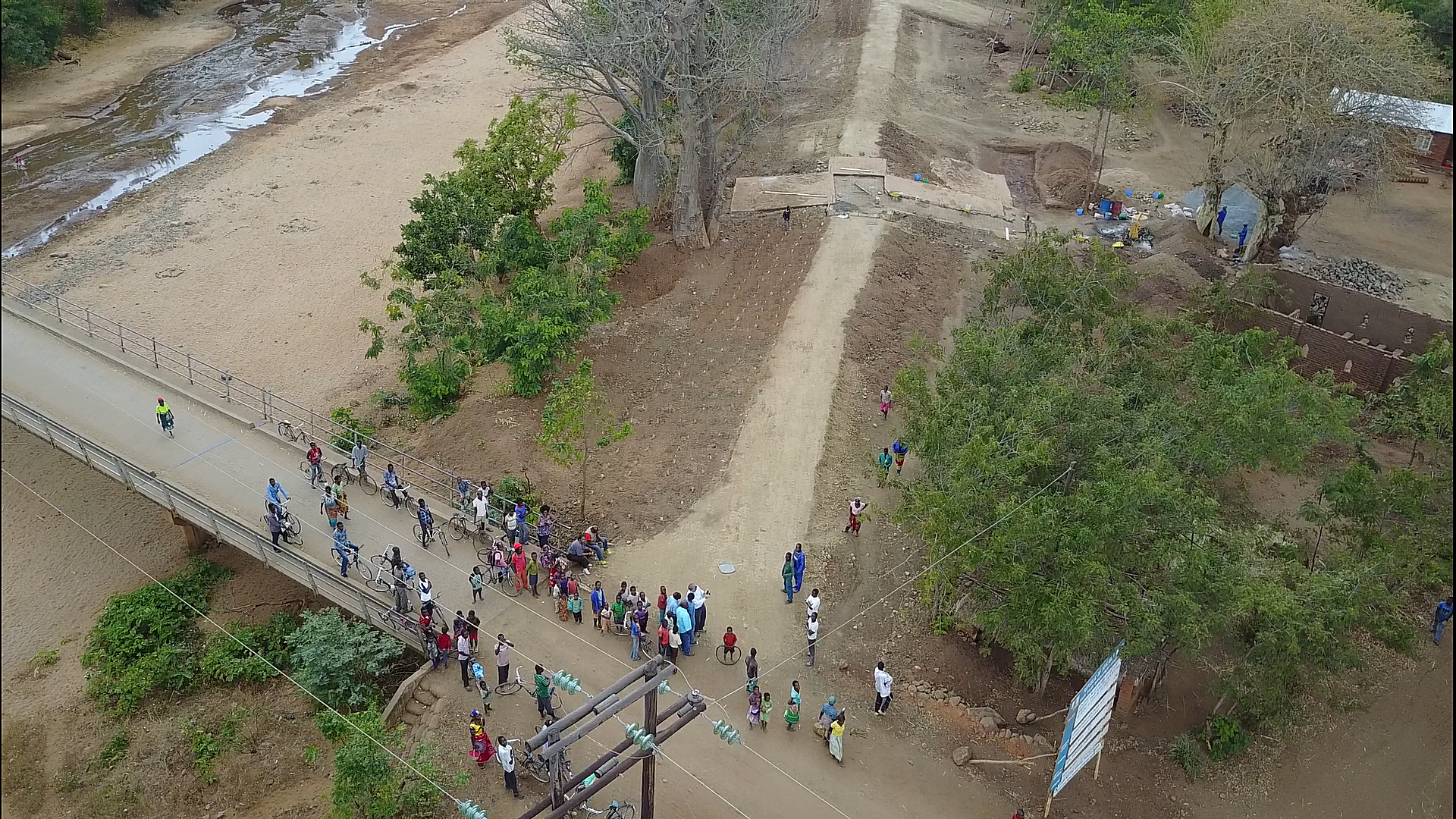 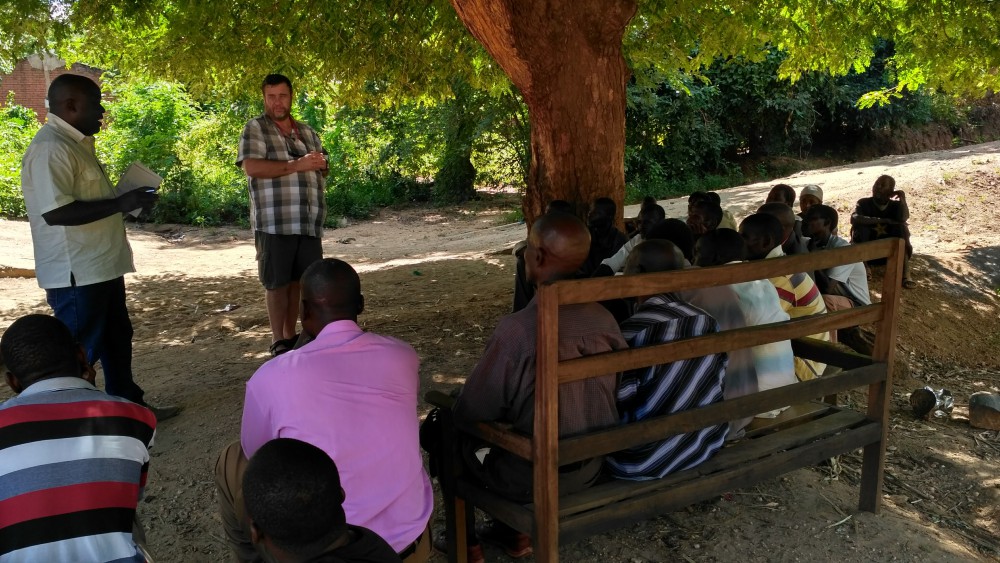 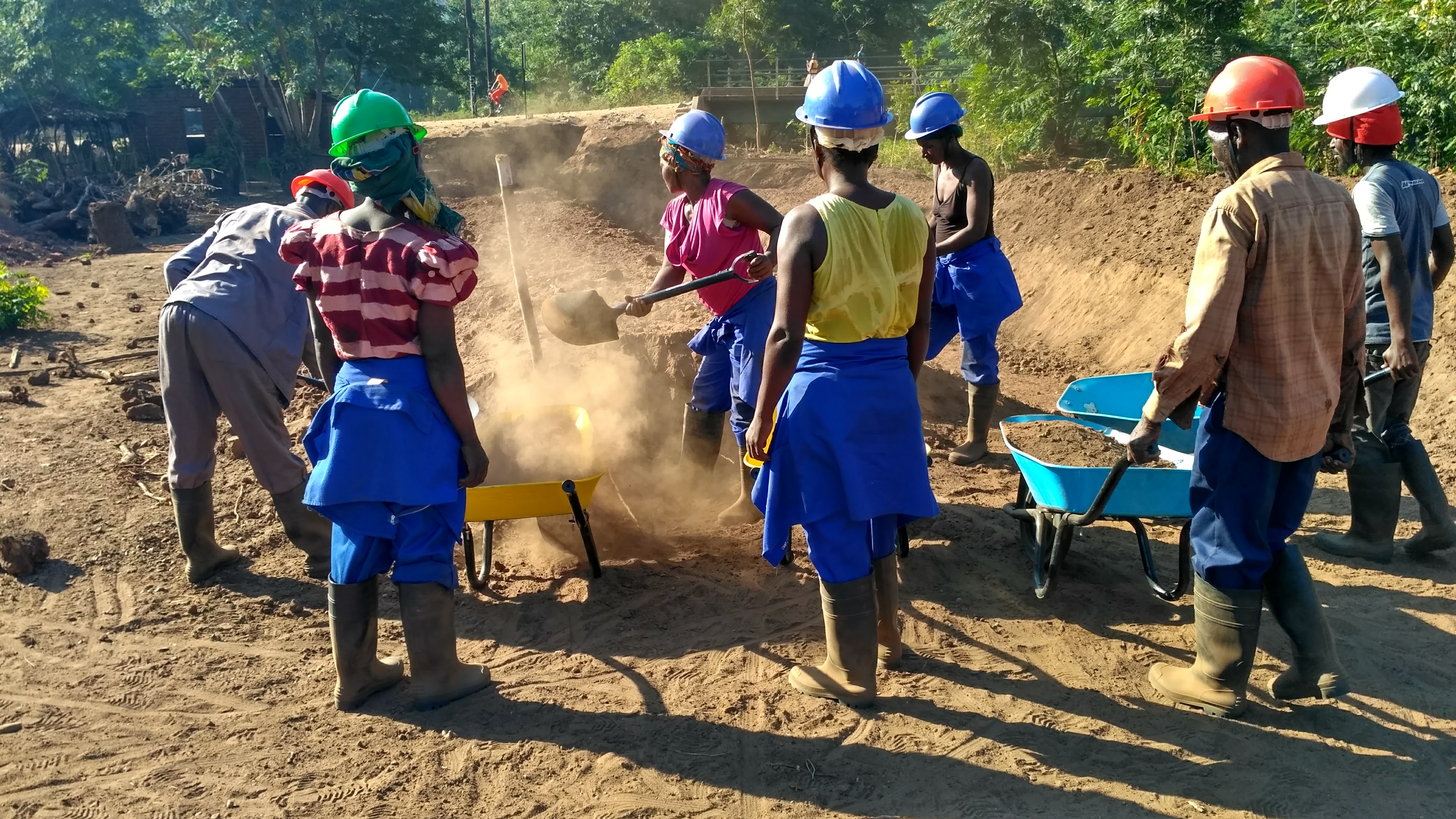 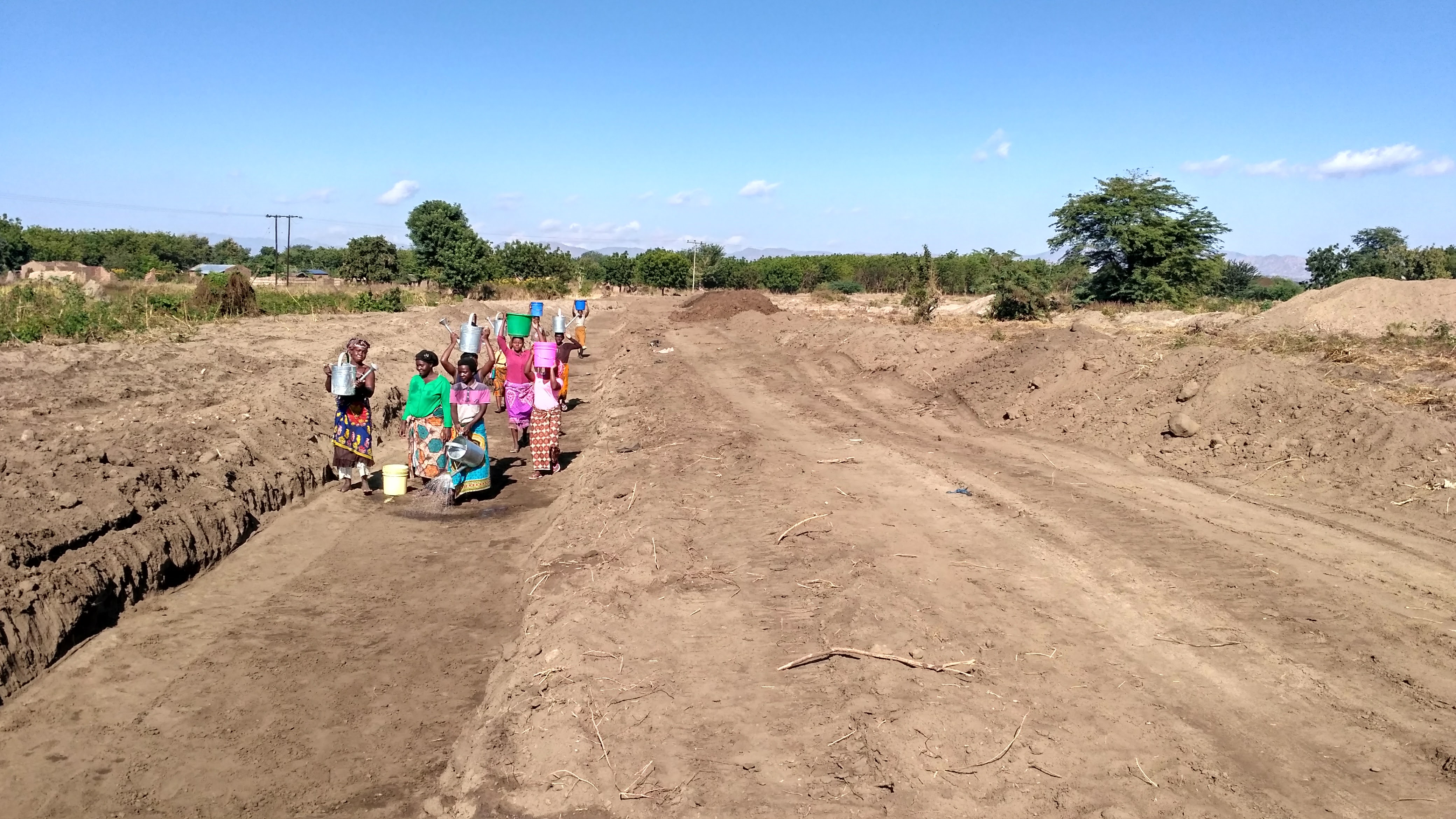