Constructed wetlands as a nature-based solution for sanitation in Cusco

When I started my career,  I became interested in nature-based solutions (NBS), especially in constructed wetlands for sanitation, despite the fact that they were little used in Peru. In 2017 there were more than 8 million people without access to sewerage. It is necessary to prioritize alternative solutions to stop the current problems of environmental contamination. Many traditional grey solutions fail to do this and don’t add to the environmental resilience. Green solutions can, but they are usually undervalued because of the lack of experiences in the Peruvian context. In 2017 I visited a small rural school in Cusco, I was impressed that the children had to use a bathroom in poor conditions whose sewage was dumped into a water stream close to the school. Similar situations were repeated in the rest of the rural community affecting the environment. At that moment I started my journey. I contacted Professor Rosario Pastor from the UNESCO Chair of Sustainability-UPC. With her support I designed small but meaningful projects. The initiative consists of creating wetlands for wastewater treatment in key places of the Anta District that solve sanitation problems and also serve as an example for the authorities on how NBS work.

In 2017, to solve the problems of the school, thanks to the efforts of Rosario Pastor, funding was obtained from the UNESCO Chair of Sustainability – UPC (6000 euros). I designed and built a wetland system to treat the wastewater from the children's bathroom. Additionally, the treated water was reused for the irrigation of ornamental plants and, the bathroom reparation. Sixty children benefited. Additionally, I involved young people from Cusco universities who participated in the project and learned about constructed wetlands. Due to the success of the experience, I was selected by Young Water Solutions (YWS) for a second stage of the project. This time the objective was to improve the sanitation situation in the main square of the same rural community, where they didn´t have a public toilet or drinking water so people open urinated and defecated near the square. The project was designed and built in 2018, financed by both YWS and the UNESCO Chair of Sustainability-UPC (7500 Euros). A wetland system was built for the treatment of residual water from the public bath, which was repaired. Around 150 people who usually meet in the plaza benefited. In 2019 with the supervision of Rosario Pastor and the partial funding of the UNESCO Chair of Sustainability, I carried out the design and construction of a pilot scale wetland system to treat leachates from the composting process from the landfill of the same province in Cusco. The leachate was dumped in an uncontrolled way on the ground creating a potential contamination problem.

The wetlands of the project prevent the contamination of the streams and the soil, avoiding the degradation of the environment that is already at critical point, given the population growth and industrial wastewater discharges. Preventing diseases caused by wastewater is important, especially in rural areas where people are in a vulnerable situation. All this was done with low construction costs and almost zero maintenance costs. The wetlands built in the project are not elements contrary to the harmony of the landscape but rather in sync with it since local plants are used that are already adapted to the climatic conditions. Wetlands are themselves an ecosystem for many insects, plants and microorganisms. Given the climatic variability, with the lack of rain, the wetlands allow for the recovery of water for irrigation, and with excess rainfall where traditionally gray technologies would collapse, wetlands are able to adapt and continue with treatment processes.

-Sewage should not be poured into water streams: Various workshops were held with children, parents and the community in general to raise awareness about sanitation and diseases that can be caused in addition to environmental pollution.

-It is possible to carry out decentralized wastewater treatment through wetlands: Through the design and construction of wetlands, which proved to be an effective solution, and with very low costs of construction and operation, authorities from the Cusco region were invited to see the results and promote the use of these solutions.

-Community management of sanitation: Although the rural community already had an organization that was in charge of drinking water issues, very little was done on sanitation, so they were involved. The community carried out the construction of wetlands through working days under the supervision of the master builder.

- Involve youth in water issues: It is very important to include young people in water issues by proposing solutions and implementing them. In the project, a volunteer group was created where 10 young people from the universities of Cusco were trained in issues of water, wetlands, and the environment. They also participated in the design and construction of the wetlands.

A generally complicated aspect when working with rural communities is mutual understanding. It was important to listen to the concerns and interests of community members while showing them the advantages of building wetlands as a solution to sanitation. So before starting the design, meetings were held with community members, teachers, and authorities that allowed for better communication and understanding. Being a young professional can cause a certain level of uncertainty on the part of local authorities or members of the community. However, this was avoided by doing serious work, which included all the technical aspects and documents necessary to carry out a project.

Yes, people in the rural community have participated in this change. They know and spread the advantages of this type of solution. Authorities from the Cusco region and the Anta province were also informed of the possibility of alternative solutions, and they were favorable to the paradigm shift. In 2018, I participated in the IV Pan-American Conference on Wetland Systems. In my presentation I not only showed the positive results, but it also allowed me to establish connections with young professionals willing to promote this type of solution. This event shows that green solutions have an increasing impact in the region.

I have learned that NBS is a viable solution to sanitation through the use of wetlands and that a different way of looking at sanitation is possible which has many advantages over traditional forms of sanitation. I have learned that rural communities are willing to participate in green solutions and that they feel them as a part of their environment and not as a strange agent imposed by local governments. I have also learned that it is possible to carry out low-budget green projects that have a large impact on people's lives - projects that may be small but serve as examples in addition to being scalable. Finally, I have learned that it is important not to accept that things should be kept as they are and that it is necessary to propose alternatives and, to fight for the environment and people's health. 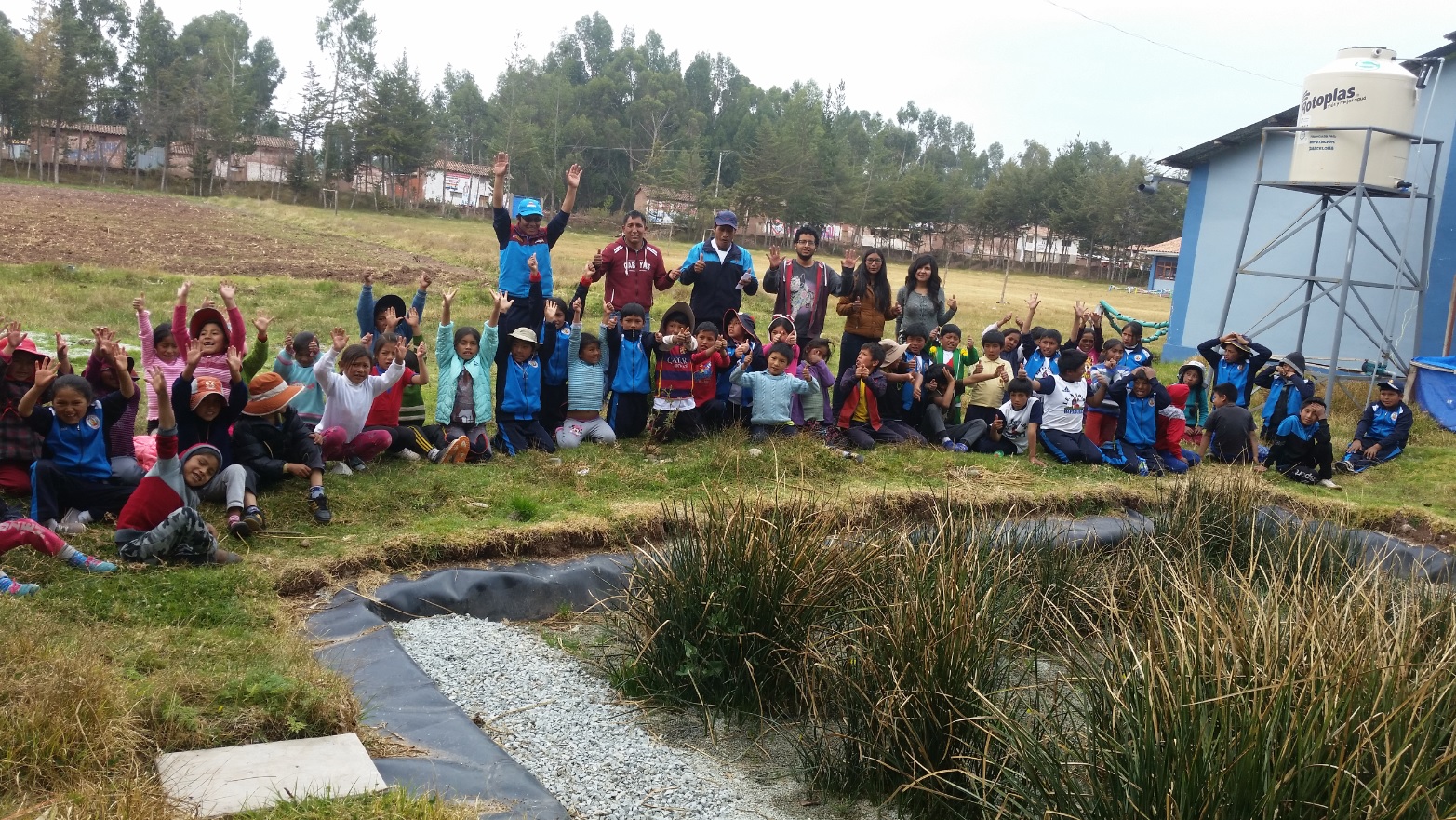 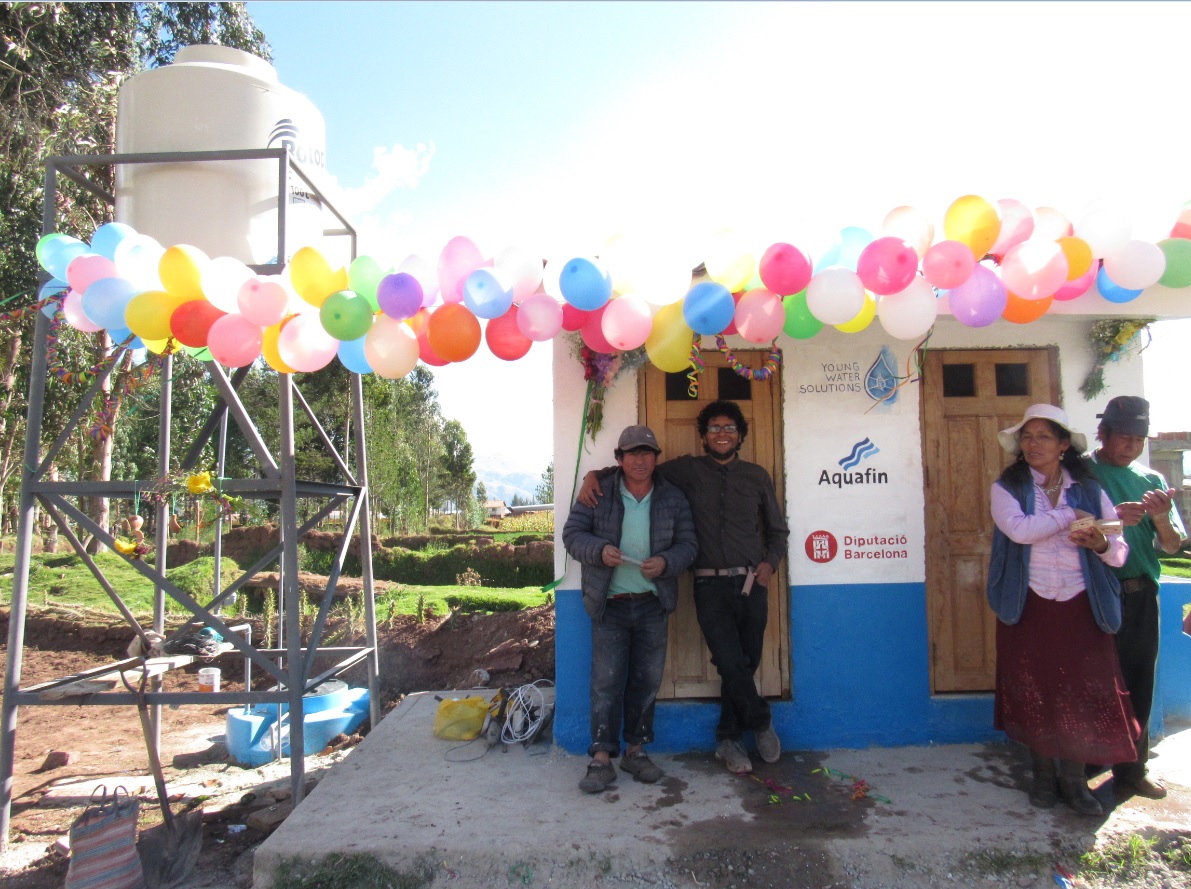 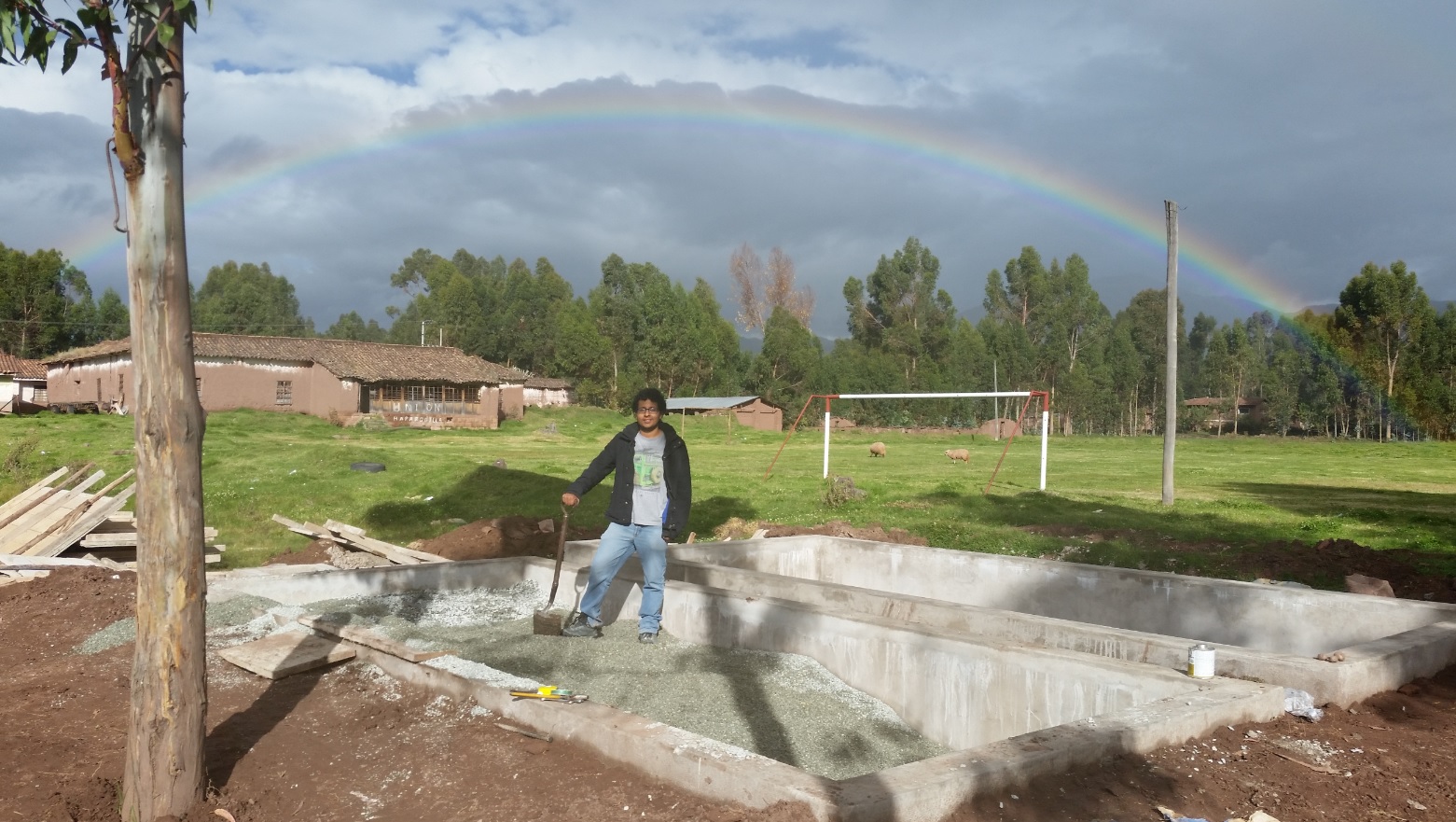 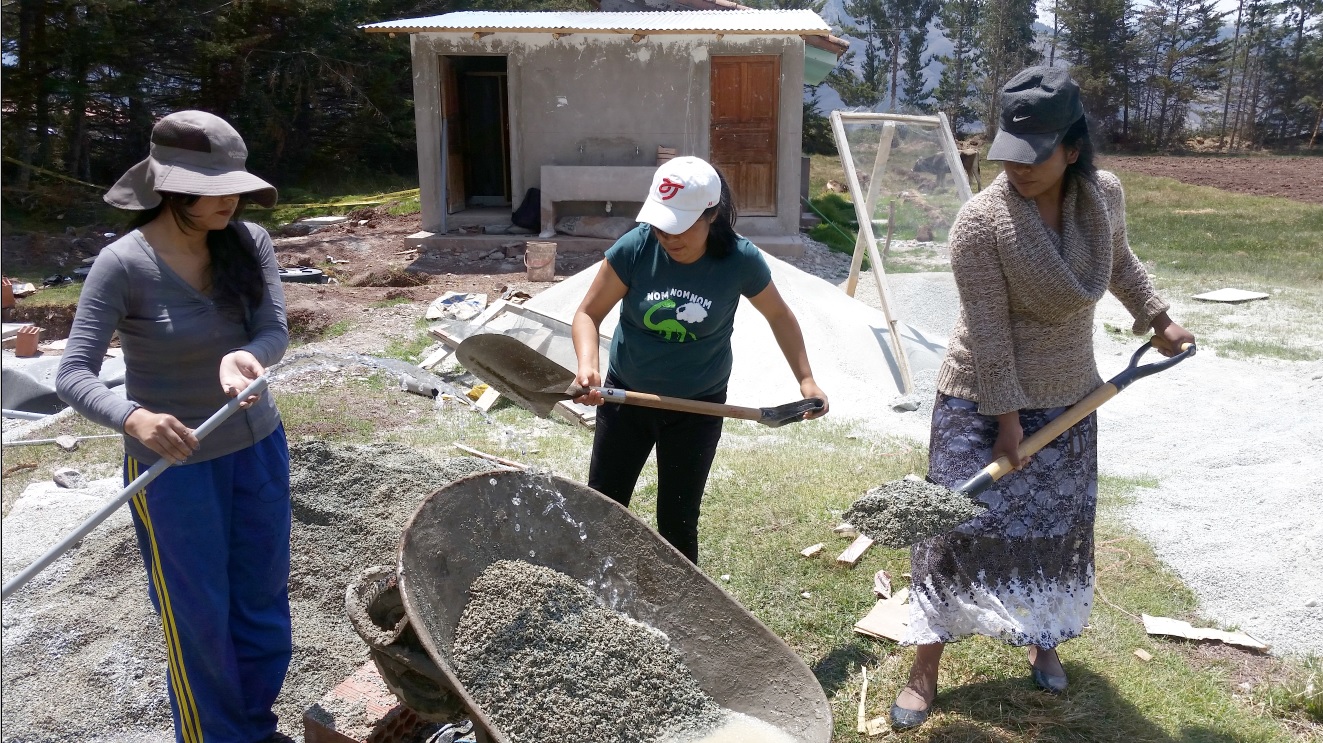 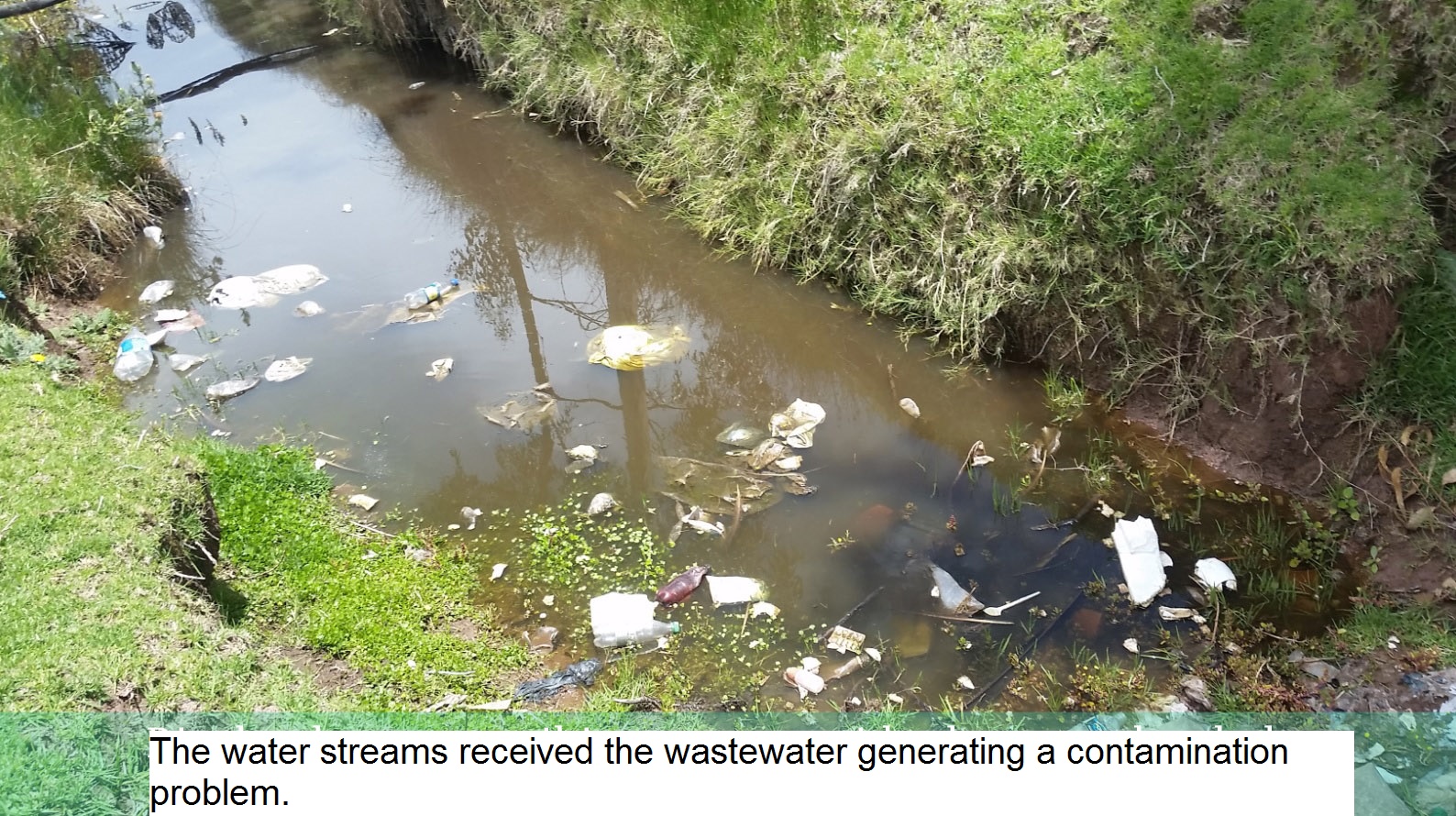 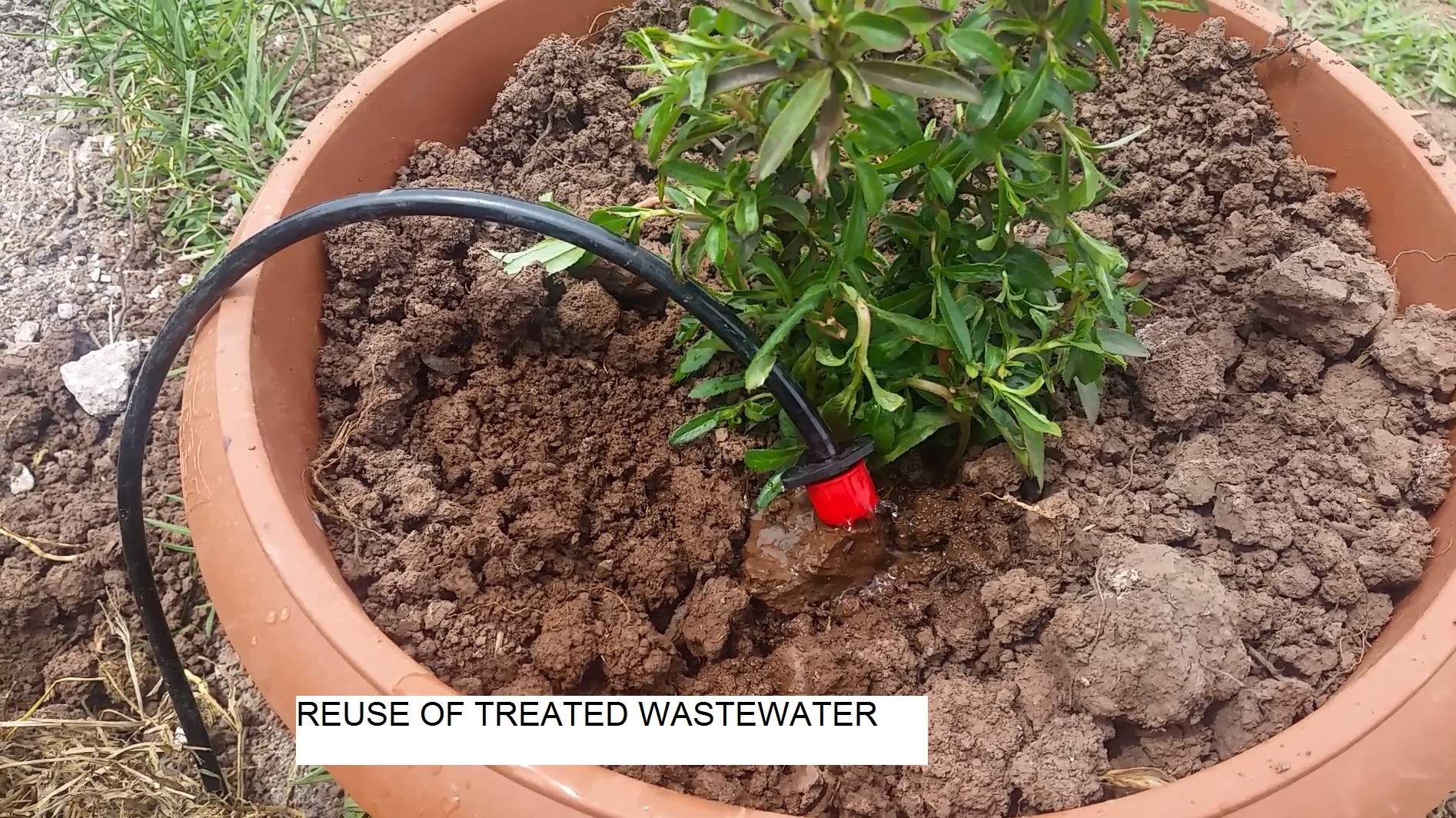