District Tikamgarh (M.P) by virtue of being located in Bundelkhand has very undulating topography, erractic rainfall and unpromising agriculture. With erratic rainfall, the agriculture lands located in the vicinity of the small streams are left with a limited source of water for irrigation. These shallow streams, running dry without any scope of recharge take its toll on the rabi crop. The district receives annual rainfall of 1000.1 mm but because of undulating topography, the area under cultivation is very low. In case of below-average rainfall, the rabi cropping area comes down to less than 2 lakhs ha, whereas in case of normal rainfall, rabi season cropping area goes above 3 lakhs ha. Once in every 2-3 years is a drought year. Farmers find it difficult to irrigate rabi crops during the months of February-March each year. Most of the crops are rainfed in the district and prone to crop failure. During a drought year even getting regular drinking water is a challenge for domestic and livestock for rural communities. Because of low agricultural productivity in rural communities, small & marginal farmers are forced to migrate for short to long durations to earn their bread.

SRIJAN holds deep knowledge of the region's topography and local geo-hydrology and with community institutions in place. SRIJAN engaged in discussions with the community on addressing the issue of water scarcity. Looking at the gravity of the situation, during the summer of 2019 SRIJAN proposed to start working on this intervention in 3 villages, which suffers from water shortage starting from October-November in a normal year. Community meetings were organised to brief them about the proposed intervention, based on community discussion and a team pitched concept of drainage line treatment by constructing small ponds like structures called “Doha”. This will allow to keep water during the monsoon season, leading to creating additional water potential, which otherwise was not tapped earlier and would increase groundwater recharge to the community which they had never heard of. Small streams were surveyed with the community to identify suitable sites for construction. The community was entrusted with the responsibility of getting a no objection certificate from gram panchayat and SRIJAN would mobilise initial funds for interventions. From May 2019 onwards, 23 such structures were constructed covering the 3 villages and stream length of 4km, of a size around 20 metres in length,  5 metres wide and 2 metres deep. The excavated materials from the stream were used for bund construction in the farmers' fields.

The intervention will provide farmers a much-needed source for irrigation. This has benefited more than 150 families, and more than 100 wells were recharged. This intervention has helped farmers to ensure irrigation for rabi crops and also allowed farmers to cultivate vegetables in the summer season. These structures also provided drinking water to livestock in the villages. Farmers are sharing now that water is available throughout the year for their domestic and agriculture purposes. This will further secure their crops against crop failure.

SRIJAN had continuous engagement with community institutions, and brainstorming exercises were conducted with them to understand the reason behind low agricultural productivity, and water scarcity in the area. SRIJAN used videos, PRA mapping to make the community realize how treatment of drainage lines, in this case small streams in their area, would help them in addressing water challenges in the area. With community agreement, small streams were identified and surveyed with the help of local community leaders, and suitable sites were selected.

The community was at first not convinced by the concept since they had never heard of it. SRIJAN team with community leaders visited contextual examples in Maharashtra of Doha model; team with community members conceptualize learnings in local topographic condition. Also, SRIJAN has been working in these villages for a long time and has women SHGs. Initially this idea was floated in an SHGs meeting and women leaders were oriented toward this intervention. Later, meetings with farmers; families were organised. The SRIJAN team had several rounds of meetings with them, and visual presentation of interventions being taken up in other parts of the country were shown and helped them to relate it to their present water scarcity situation.

The SRIJAN team shared the success of Doha with the district administration and invited them to visit location and interact with farmers. The district administration has hugely appreciated the effort and promised their support in the long run. The way forward is digging streams and creating of pond-like structures along their length, which can provide farmers with a much-needed source of irrigation, especially in hilly regions like Bundelkhand. Moreover, if combined with soil conservation measures upstream, these structures can stay functional for a long time. Also, these activities can easily be taken up under  the MNREGA (Mahatama Gandhi National Rural Guarantee Act) Central Government-run program on a large scale. And will also provide employment to the local community.

During the initiative we learnt that it is of utmost importance to have dialogues with the local community, and local leaders. This helps in developing a clear understanding of the situation and also offers tailor-made solutions to challenges arising during planning and implementation. Also, it is of utmost importance to work on demand-side management with the community benefiting from interventions to enhance their capacity to plan crops according to available water and promote regenerative agriculture. Also, community institutions in place, such as SHGs and, Water User groups, help balance water management at the local level and improve community ownership towards their available natural resources. 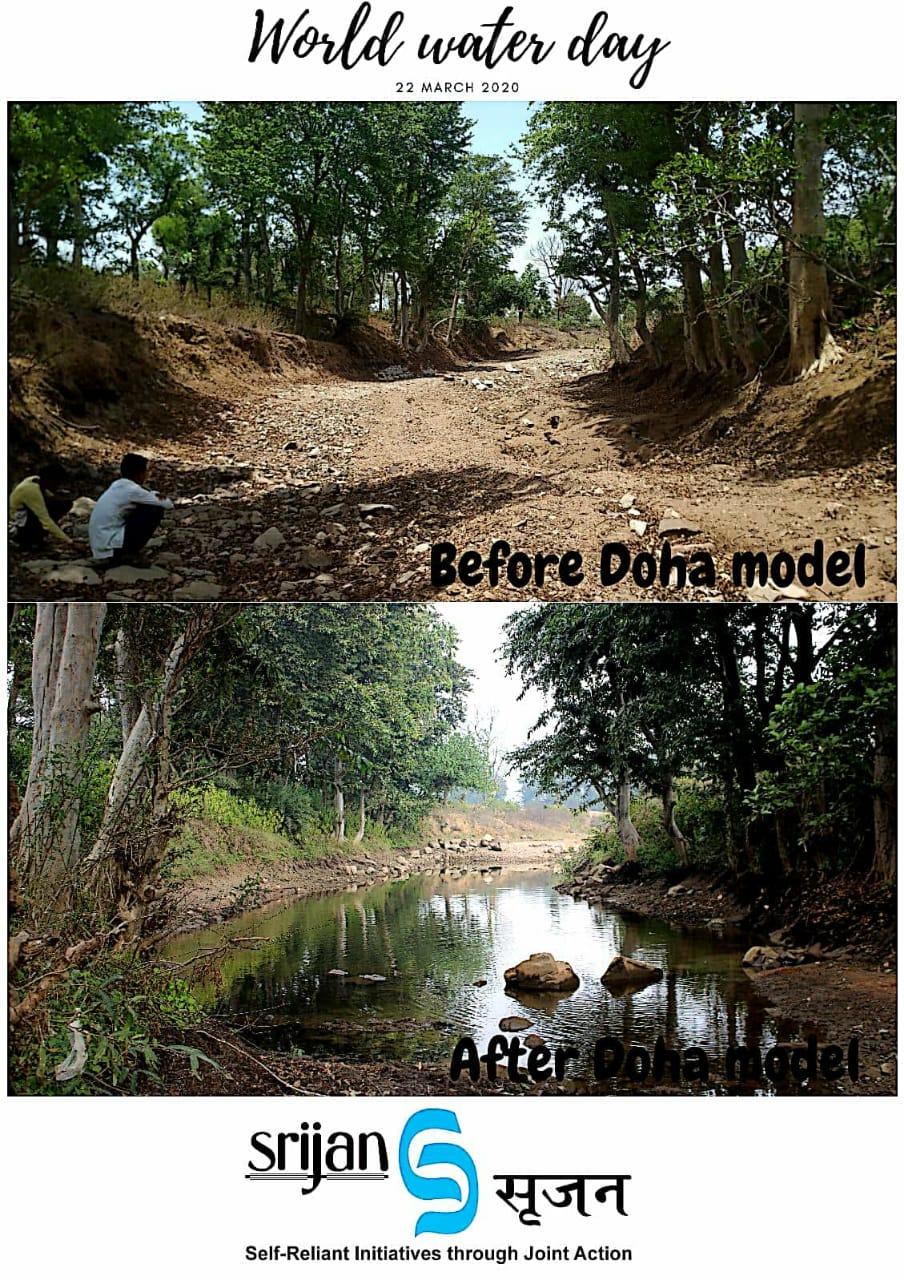 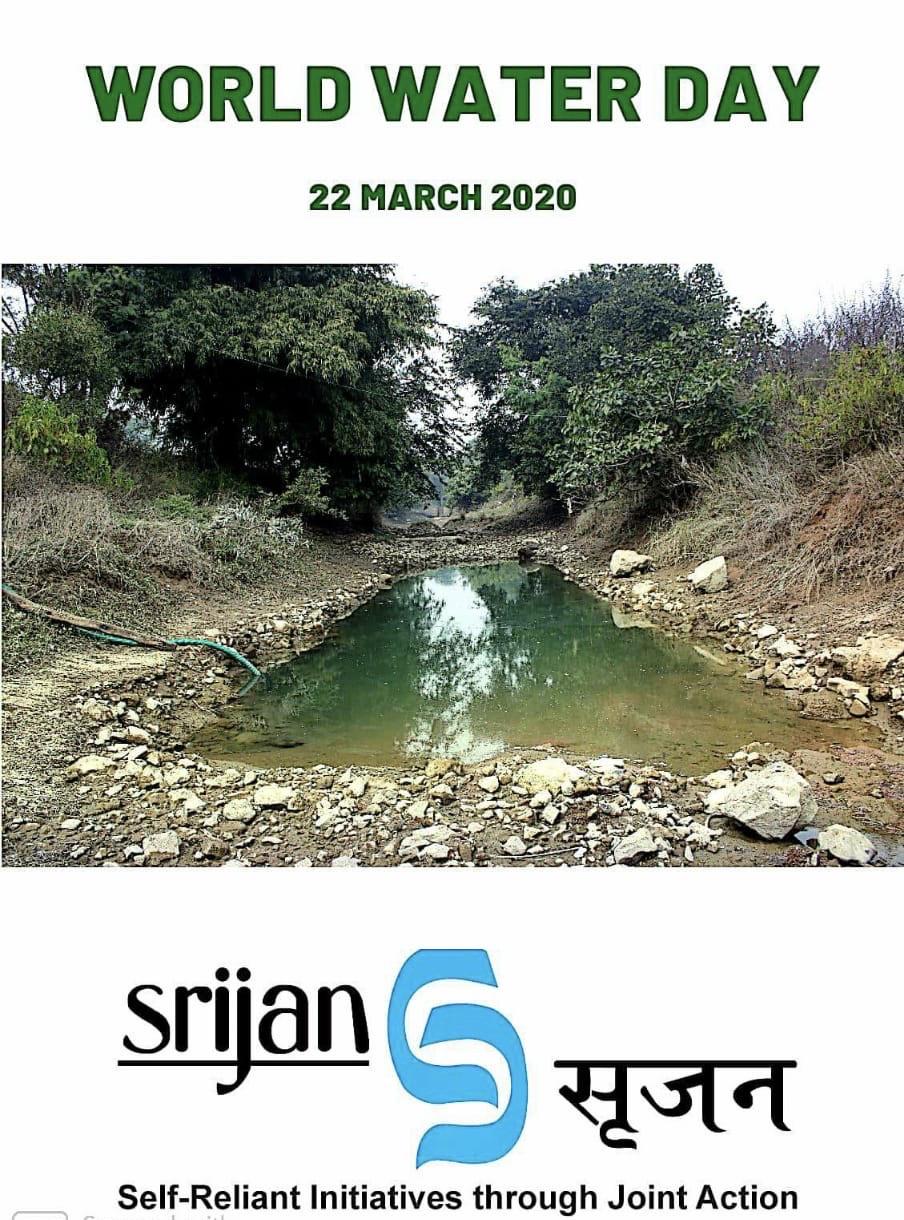