The Bhutan Water Partnership exerted its effort in building climate resilience addressing water scarcity through climate-smart agriculture technology. Wangdue Phodrang is the sixth prioritized district, facing water scarcity conforming to the assessment by Gross National Happiness Commission. The communities in Rubesa Gewog, Nyarobi, and Nyashe Gyalkha villages, under the increasing pressure of the impact of global climate change, is confronted with the drying up of water sources resulting in an inadequate supply of water for drinking and support for small-scale agriculture. Sixty percent of the Bhutanese population is based on subsistence farming and farming lands are mostly in hilly and remote areas. Similarly, the geographical terrain of the settlement in Rubesa Gewog located at the higher elevation and Dangchu river flowing down the settlement, hindered inculcating the proper climate-resilient water management framework. The 65% of the households in Nyashe Galkha and Nyarobi villages depending on subsistence farming and small-scale agriculture faced the casualty from water scarcity. Some of the beneficiaries from Nyarobi village have inaccessibility to clean drinking water and sanitation. Women and the girls from the households are prone to major domestic drudgery of fetching water and washing clothes in the river.

The project, “Pilot low-cost climate-smart technology to address water scarcity in rural Bhutan”, emphasizes environmentally compatible climate resilience for sustainable water resource management bringing benefits to the communities and is strongly accompanied by leveraging zero-emission technology called, ‘Hydraulic Ram Pump (Hydram)’. Center for Rural Technology (CRT), Nepal is renowned for the implementation of Hydram, notably in 25 rural villages in Nepal, benefitting communities; supporting small-scale agriculture, improving health and sanitation, empowering women with the involvement in social and economic activities, and bringing benefits to the environment through zero-carbon emission. Therefore, it opened up for the coalition with CRT in implementing the hydram project in rural Bhutan for the first time. The foremost scheme consisted of ‘South-South Knowledge Exchange Programme in CRT, Nepal’, for the elected representative from the village, the members of BhWP, and an elected focal person from Wangdue Phodrang District Administration to familiarize with and acquire knowledge about the hydram technology. The Hydram technology was procured from CRT, which is the only patent organization producing the hydram in Nepal authorized by AIDFI, Philippines. Later, during the feasibility study and the implementation phase of the project, the project assistant with the technical background from BhWP, in alliance with the two hydram experts from CRTN was engaged in the successful installation of the pump in Rubesa gewog in December 2019. There was also appreciative support from Wangdue Phodrang District Administration during the immediate requirement of deployment of machines and materials at the project site during an unforeseen circumstance.

The pernicious consequence of the impact of global climate change leading to the drying up of water sources has affected the supply of water to drink and support small-scale agriculture. A distressed farmer from Nyarobi village, Ap Chador, reported, “60 decimals of farmlands out of 2 acres, is deployed for the agricultural production. The previously used two rows of plow fields are underutilized this year”. Ap Kinley, residing near the river says, “The water for drinking and household chores are fetched from the river by daughters as there is no supply of water in my household”. The installation of the hydram completed with the pumping water, 8000 liters per day in the reservoir at 100 meters elevation for 29 households. The project supports the distressed farmers with small-scale irrigation systems and agriculture for additional income generation and access to clean water for drinking and sanitation, reducing drudgery for women.

The preliminary discussion and consultation with district and local government leaders for the inception of the climate-resilient project commenced in February 2019. The community consultation meeting encompassing of women and youth was prioritized and introduced to the Hydram technology. Women were recognized actively addressing the severity of water scarcity in their community and drudgery they encounter as its consequence. There has been an active inclusion of an elected representative from Rubesa and the focal person from the district government, whereby they significantly participated in the South-South Knowledge Exchange Programme in CRTN in order to acquire knowledge about the new Hydram technology. This climate-resilient project evinced with 60% women and 40% men including the youth, being cooperatively engaged in bringing the implementation of the project to fruition. A major community labor contribution was rendered in the construction of tanks, pump house, and pipe laying throughout the implementation period. The elected representative played a key role as a bridge between the community and BhWP. A local private fabrication sector was also involved in the fabrication work of the pump and was introduced to the technology. The communities and the technical persons from the district government were given an orientation on hydram technology.

The special attribute from the climate-resilient hydram project was that it addressed the water scarcity which was unprecedentedly encountered by the farmers to support the small-scale agriculture and the community having inaccessibility to the clean drinking water, through an integrated water resource management and climate-resilient technology. The utmost interesting aspect was mobilizing the mass collaboration from BhWP, expertise from CRTN, district and local governments and engagement of the community and private fabrication sector, to cooperatively work towards addressing the issue with a good platform to exchanging ideas, despite the challenges faced due to the geographical terrain to maintain the gradient for the water to flow from source to the pump house from a distance of 1300 meters. This climate resilience hydram project required a coalition with a diverse range of sectors; beginning with the Center for Rural Technology, Nepal which was convenient as they already have knowledge about the hydram technology and offered exceptional assistance. Secondly, the collaboration with the district and local governments for the entire implementation phase remained easier. However, the hydram project being handed over after the complete installation and in the aftermath remains challenging for its sustainability for two months.

Although, the climate-resilient intervention such as, “Pilot low-cost climate-smart agriculture technology to address water scarcity in rural Bhutan”, implemented in Rubesa Gewog, adheres to adapt to the climate change in the agricultural sector and provide water for all, the local government and community’s poor water governance framework pose a high risk for its endurance. Also, the hydraulic ram pump being the first climate-smart pump technology intervened in Bhutan in 2019 poses a technical challenge, lacking better technical skills on operational and maintenance or fixing of the pump. In compliance with the challenges, close consultation with the local government to discuss the improvement and development of local water governance framework and discussion with CRTN to seek for more troubleshooting can be sought to overcome the technical hindrances and then involving the district focal person and the representative from Rubesa in the sustainability of the project.

From the experience of collaboratively working together all the sectors and challenges faced, and from the advocacy like GWPO giving a platform to address building climate resilience through water decisions, the followings have been learned: I. To change the mindset from inertia to action to resort to climate resilience through water decisions. II. The building of coalitions, especially with other countries for greater knowledge exchange. III. The close collaboration with district and local governments is important to develop a good relation in sustaining any climate-resilient projects. IV. To encourage the active inclusion of women and youth in addressing water issues or decisions. V. To introduce the private sector to climate-resilient technology and provide them a platform to support the climate-resilient initiative. VI. The mobilization of all sectors together for the water decision in bringing the change in water management. 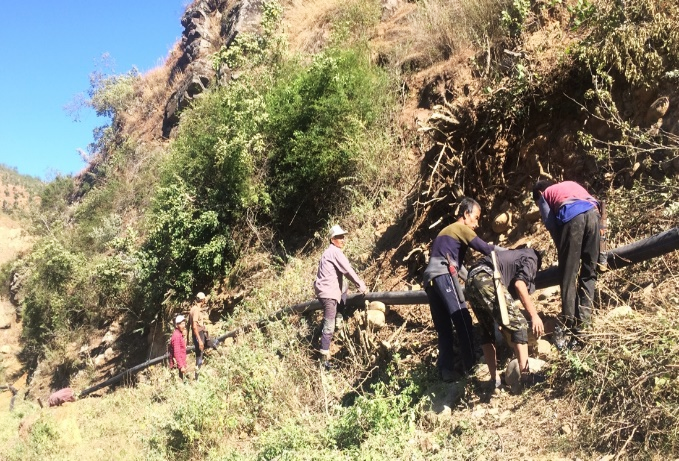 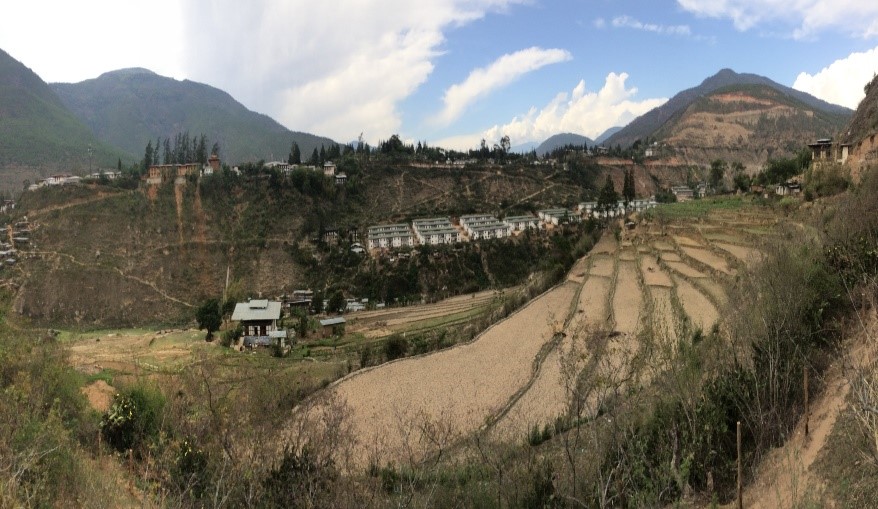 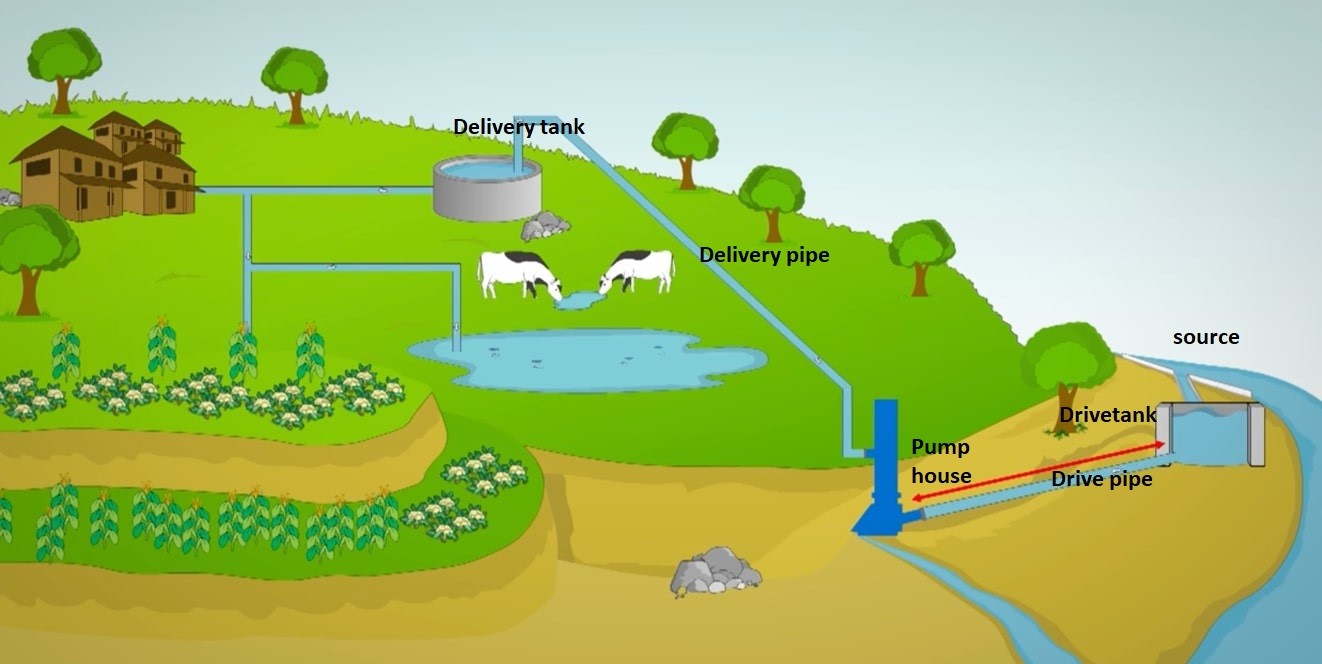