The rainwater harvesting project began in 2016 as an initiative of women from the Jiboa Valley, located in the paracentral area of El Salvador. After taking part in a workshop on rainwater harvesting systems held by GWP Central America, they asked the Fundación Nacional para el Desarrollo (National Development Foundation – FUNDE) to focus on rainwater harvesting in its work. They considered rainwater harvesting a possible solution to water scarcity, which particularly affects women and girls, who have to spend productive time carrying water for their families to use. This led the institution to seek funding, promoting investments among local governments and partners so that technical resources could be obtained. The project was launched in partnership with GWP Central America, the company Amanco El Salvador and local governments, with the support of Australian Aid and the Young Water Fellowship. In 2019, it received an award for its adoption of best practices in water use from the Ministry of the Environment and Natural Resources, and the partners involved in the project have become rainwater harvesting specialists in El Salvador.

The changes brought about by the project include: (i) The use of more efficient technology, namely a versatile system consisting of a geomembrane bag with a water storage capacity of 25,000 litres, which brings significant savings compared with other water storage systems and represents a low cost alternative; (ii) Encouraging women to participate in projects that are not traditionally aimed at them, so that they learn to install the water harvesting systems, and establish governance over the use of the water harvested by the systems installed in each community; (iii) Greater promotion of rainwater harvesting as a public policy commitment to respond to the lack of water; (iv) The involvement of a private company not only as a supplier, but also as a technical ally.

The effects of climate change in Central America include its impact on rainfall distribution across the year, creating extreme events related to long periods of drought and flooding. Rainwater harvesting therefore assists in adapting to droughts, allowing families to collect water during the rainy season to be used during the dry season.

The initiative promoted the inclusion of under-represented groups, in this case women, who, despite being largely responsible for acquiring water for their families, are not always visible in community water projects. At the same time, it improved the connection between community projects and Amanco, allowing this private company to scale up its role in project governance not only as a provider, but also as part of its corporate social responsibility efforts.

The challenges that arose included coordination with local governments, since the project took place during municipal elections. The elections in El Salvador slowed down the work being undertaken in the areas. However, strategies were adapted to save time and provide support in the form of the technical information necessary to expedite decision-making by municipal authorities and to ensure investment in, and maintenance of, the systems installed.

Project participants and involved local government staff have also been trained in repairing the system. Given the system’s ease of use and repair, no difficulties are anticipated when responsibility for the systems passes to communities and local authorities.

The institution's team had to study not only the technology used in the water harvesting system, but also the implementation of water, sanitation and hygiene (WASH) projects. This allowed the organisation’s team to apply its existing knowledge of governance, citizen-participation, and partnership-building projects, which, when combined with technical knowledge of the system, resulted in the initiative being well implemented. The team also learned how to create maps and multimedia information relating to the various communities in the areas where the work was carried out, thus generating information about its impact. Information about the initiative has also been shared in several national and international fora, including the World Water Forum, the Latin American Sanitation Conference and during various visits by experts and students interested in learning about the project, among them World Vision and the Wavin company. 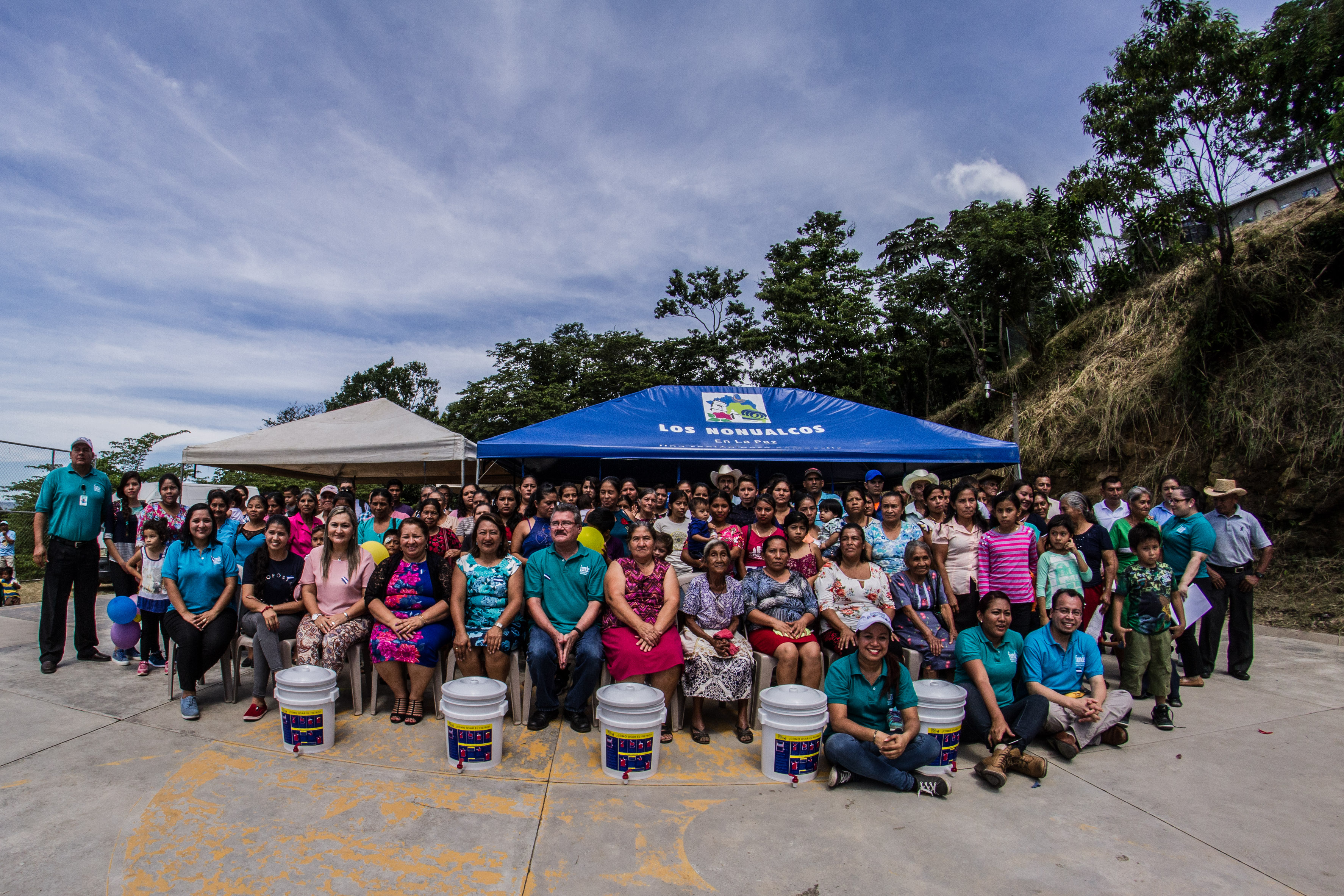