The arid conditions of many Mediterranean islands shape their unique ecosystem and natural beauty, but also impose harsh constraints on local livelihoods. The 800 residents of Lipsi, a small island in the Aegean Sea, Greece, are heavily reliant on farming and tourism, both sectors with intense water demand, especially during the arid summer months. 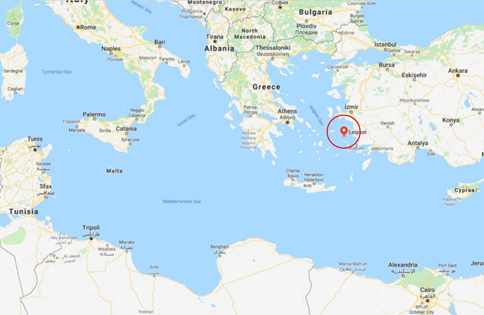 Young local farmer Michalis Rainakis is working hard to manage with limited water resources; he is determined to remain on the island, unlike many who have left in search of better opportunities elsewhere. “Water is scarce on our island. However, I have chosen to stay” says Michalis. 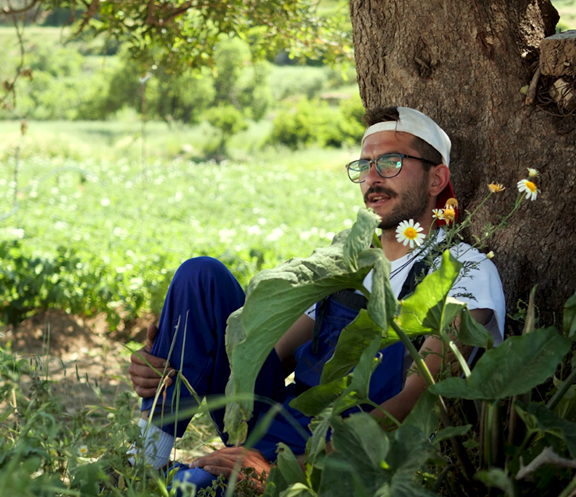 Until recently, to cover its perennial water deficit, Lipsi relied on water transfer by boat, an expensive, energy-intensive, and often unreliable source of fresh water. This was at odds with the island’s desire for water security, as well as its vision for sustainability which has made Lipsi a pioneer in the areas of waste management and recycling.

GWP-Med, with funding by The Coca-Cola Foundation, was able to propose a high-impact nature-based solution holding minimum environmental footprint; this was key in an island designated by the European Union as a Natura 2000 protected site due to its important biodiversity. GWP-Med drew on its 10-year experience with the Non-Conventional Water Resources Programme, which has implemented more than 110 technical solutions in 38 water-scarce areas across 4 Mediterranean countries.

The GWP-Med led solution makes the best use of the island’s existing infrastructure, by improving run-off performance in the catchment area of an existing water reservoir which previously filled up to only 30%, due to poor drainage conditions. In partnership with Municipal authorities and by engaging local workers, design and works for improvement of the run-off  corridors were undertaken, successfully  increasing rainwater collection by more than 300%, adding 24,000m3 of water per year and allowing the reservoir to reach its full capacity. 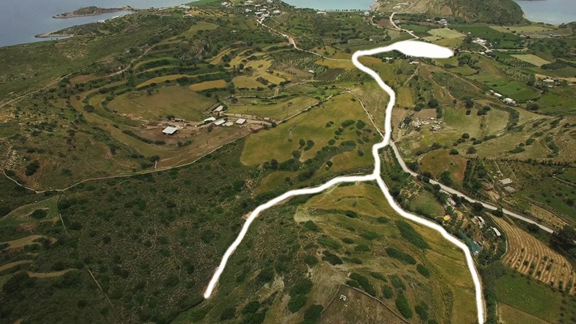 The two streams leading the rainwater to the reservoir, highlighted above, were improved and prolonged by constructing gabion walls that control and lead water flow, resulting in an improvement in run-off harvesting by 24,000 m3

Young farmer Michalis says: “I use the water of the reservoir to irrigate my produce; lettuce, beetroot, spinach.” While, according to former Mayor Spyrou: “This is the type of project that will give a boost to our country. In the coming years, agricultural production will certainly increase and this is good for the local economy.” 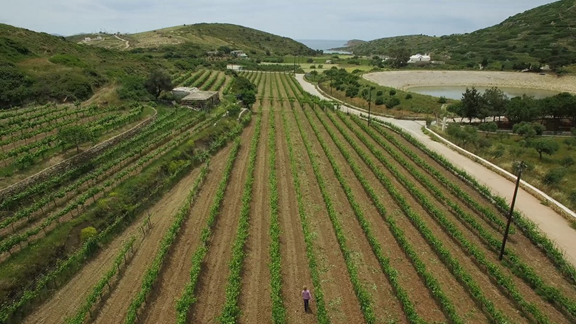 This solution followed two previous model applications in 2014 by GWP-Med in Lipsi, whereby 2 modular underground rainwater harvesting reservoirs were installed in the island’s two schools to provide water for toilet flushing and thus save fresh water resources, also in the framework of the Non-Conventional Water Resources programme, supported by The Coca-Cola Foundation.