Aiming to raise awareness on the criticality of not wasting water in the islands and beyond, GWP-Med launched a new campaign titled #savewater at the beginning of summer in Greece.

With tourism being a major economic activity in many Mediterranean countries and the most important one in the islands-which are often water scarce- it is implicit to inform both locals and travelers about how they can have the best of both worlds – increased tourism and sufficient water. In this regard, GWP-Med’s printed and digital campaign, targets tourists and the tourism industry, as major water users in the summer period, with smart messages on how to avoid wasting water.

GWP-Med understands well this delicate balance from the experience of working on over 30 islands in Greece and other countries in the Mediterranean, in the frame of the Non Conventional Water Resources Programme in the Mediterranean   The idea to enrich our awareness raising activities with a new campaign was born in this year’s project island, Kythira.

Kythira is an island famous for its fresh water springs and legends tied to these. Yet last year, it suffered from severe water stress, due to reduced precipitation and network leakages, affecting both its local population and the tourists. The need to address water demand through raising awareness on saving water was therefore imminent.

This year, tourists to the island of Kythira, will find a set of colourful postcards with tailored messaging already on the ferry to the island, at municipal outlets and at selected hotels, aiming to engage them in water saving behavior. The #savewater postcards campaign was designed to be used at Kythira,  and elsewhere allowing for infinite possibilities to raise awareness of water saving in other locations. 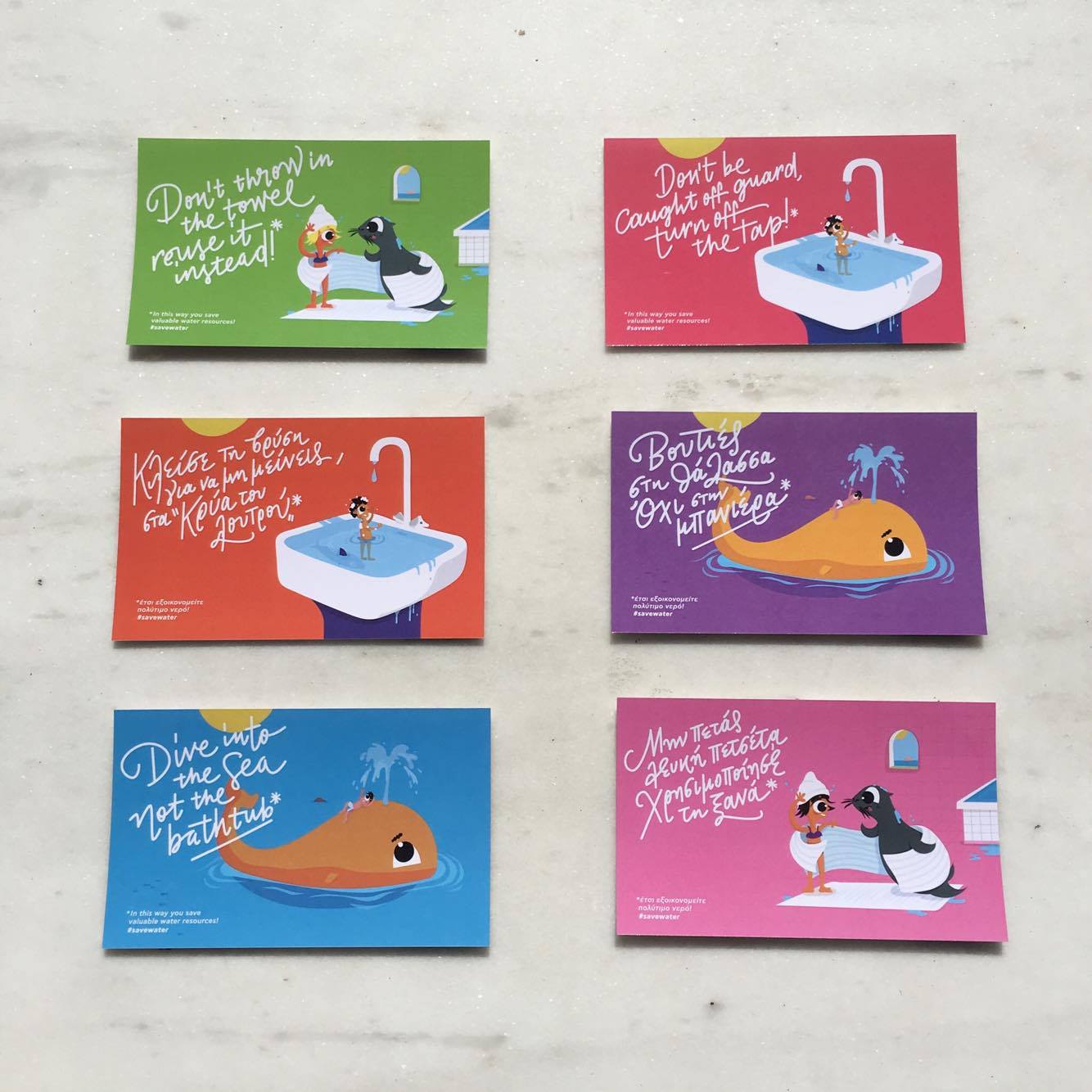 Meanwhile, the digital campaign is currently running on the NCWR Facebook page, with photos from the NCWR Programme islands and water saving messages - often humorous.   With the goal to contribute towards a water saving mentality, the messages are promoted to reach and inform diverse audiences, focusing equally on locals and travelers. Similarly, to the postcards campaign, both the Greek and English languages are used. 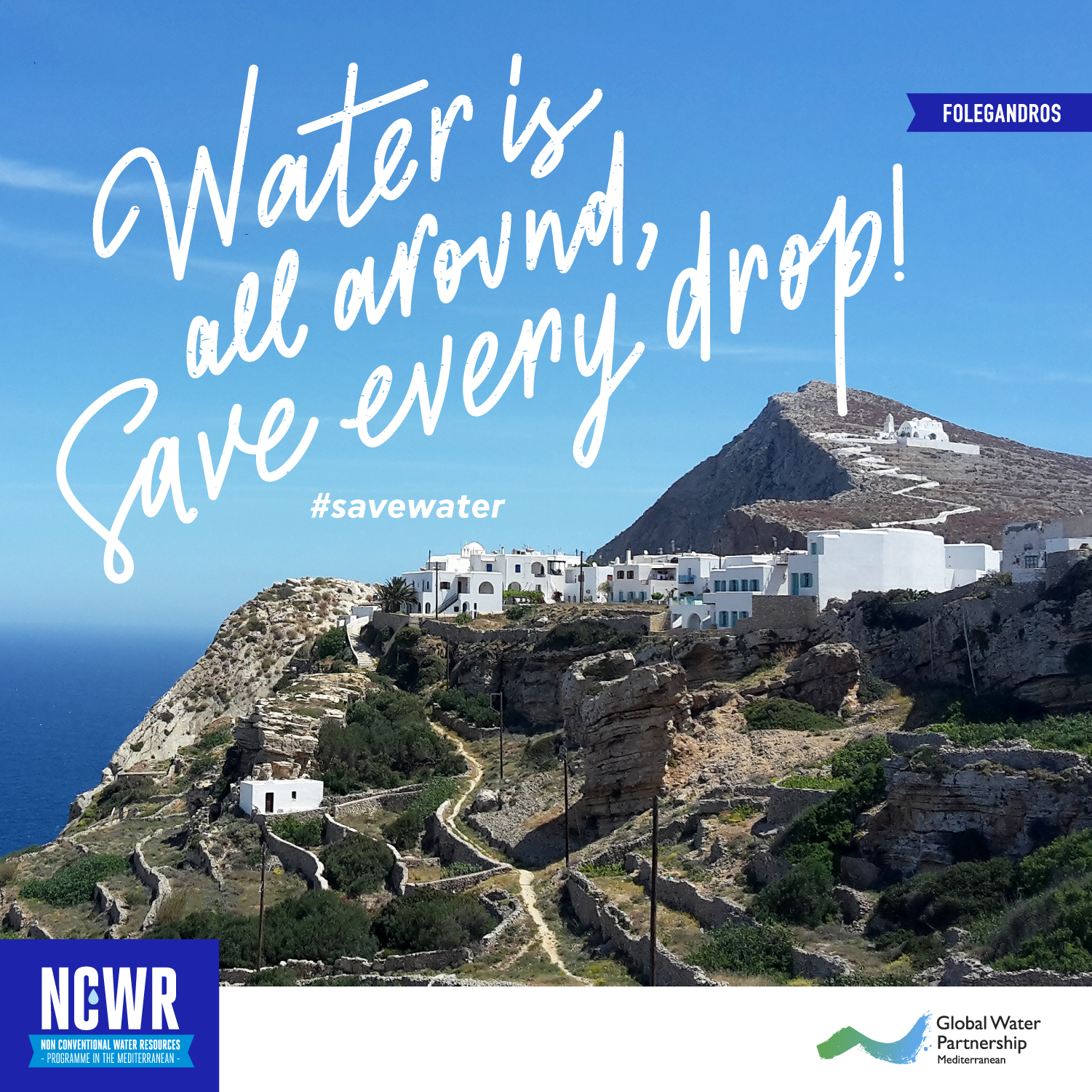 The response from people is positive and potentially such initiatives will gradually contribute to increasing impact on water in the future. Youth engagement and citizen participation are among the top priorities for GWP-Med, and the organisation
continuously strives to find new ways and keep everyone in the loop by sharing information and small tips that can make a big difference.

Join us and spread the word #savewater!