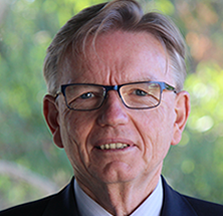 Mr. Bamsey, a citizen of Australia, has been a prominent leader in public service and diplomacy in the environmental field, particularly climate change. Mr. Bamsey’s diplomatic career included time as Ambassador to the UN (Geneva); Chief Executive, Australian Greenhouse Office; Deputy Secretary, Department of Climate Change; and Special Envoy on Climate Change. Later, he was Director General of the Global Green Growth Institute (GGGI) and then Executive Director of the Green Climate Fund (GCF).

“Mr. Bamsey’s leadership style, as characterized by his deep strategic thinking, advocacy skills, belief in teamwork, and his extensive international network, will help GWP sail through a rapidly changing water world towards achievement of the SDGs. He will be able to build a bridge with those beyond the water sector – who need to take water into consideration as they make planning and investment decisions,” said Kenzo Hiroki, Chair of GWP’s Nomination Committee, which unanimously recommended Bamsey for approval by the Sponsoring Partners.

In accepting the position, Mr. Bamsey said, “I’m joining GWP because I have seen the network’s ability to mobilize a large and inclusive partnership that takes action on many levels to improve the way water is managed. The knowledge embedded with the network’s many partners is at the forefront of advancing water governance and a unique asset.”

“We are excited to see Howard join GWP at a time when the network is developing its new strategy,” confirmed Monika Weber-Fahr, GWP’s Executive Secretary.  “With his broad network and focus on climate change action, Howard will take us forward, enhancing our impact as we help water management and governance to serve the development agenda more broadly.” 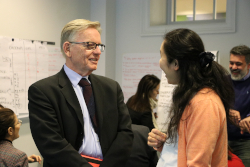