Sida, Sweden’s International Development Cooperation Agency, and one of GWP’s founding Partners, held its annual development forum on 14 October. This year, the event highlighted gender and the inequalities that still exist around the topic. This aligns with GWP’s Gender Strategy.

In the opening ceremony, Sida Secretary General Carin Jämtin said no country has fully achieved gender equality. She said: “This is not good enough. Gender equality is a question of human rights”.

Invited to the event was journalist Najwa Alimi, who won Sweden’s Per Anger Prize 2019 – awarded to those who act in exemplary ways for democracy and human rights. The award ceremony for this takes place on 17 October.

Alimi, at the Sida event in Stockholm, shared her story on how she struggles as a woman in Afghanistan, and how her dream has always been “to be a journalist who could report the truth” – despite all the struggles she faces as a female journalist in her country. She received standing ovations when she said that women “should carry their gender as something they should be proud of, rather than holding them back.”

Alimi also said that thanks to social media, “Afghanistan has now woken up – there is no turning back” – referring to information being available for all who want to access it.

Martina Nee, who is Equality and Inclusion Advisor for WaterAid Sweden, highlighted that an enabling environment is needed to challenge the norms. She said that “gender activity doesn’t need to change men; it needs to change the system.”

GWP’s 2020-2025 Strategy, Mobilising for a Water Secure World, calls for greater inclusion of women and other marginalized groups, calling for a ‘never without them when about them’ approach. The Gender Action piece is an evidence-based call to action to actors to build more equitable, inclusive, and sustainable societies.

The Sida event was streamed live and is now available recorded. 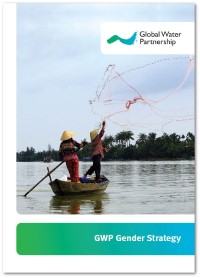 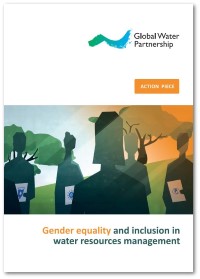