On International Women’s Day, the Global Water Partnership (GWP) highlights how women around the world are battling gender inequality to take back control of their water resources.

STOCKHOLM, Sweden, 7 March 2022 – Cindy Lorena Ospina admits that her work is dangerous. She is not a soldier. She is not a stunt performer. She is a young person who is fighting for women to have access to water and sanitation in Las Colonias, Colombia – and that puts her at risk.

“There is no agenda for gender; our regulations, especially for water and sanitation, are gender blind,” Cindy Lorena Ospina said. “In a country like Colombia, environmental and human rights activists take big risks and are killed on a regular basis.”

Despite this, Cindy has witnessed significant progress. Since forming the ECOLONIAS women’s collective in 2018, there have not only been improvements to the way water is managed but also new enterprises have been set up – run by women – to produce flowers, earthworms, and vermicompost.

This is one of a range of grassroots success stories highlighted in a multimedia publication by the Global Water Partnership (GWP), released to coincide with International Women’s Day on Tuesday, 8 March. The publication, Gender Equality in Water Governance: 10 Stories of Multi-Stakeholder Partnerships, celebrates the way women in all corners of the globe are continuing to fight for inclusion in water resources management.

“Women have had an active role in transforming the region and have made their voice heard in community decision-making,” Cindy said.

In Sudan, decision-makers are starting to see the benefits of including women in planning and development for water projects thanks to the work of the Sudan Youth Parliament for Water (SYPW). This grassroots organisation has been leading women-centred campaigns to highlight the power of women’s knowledge and experience of the ways water is used and managed in their communities.

“Making women the centre of change, and mobilising them, is helping us to understand the reasons behind each water and sanitation problem and come up with a more optimal, long-term, sustainable solution,” Ola Mamoun Ahmed Mohamed, from SYPW, said.

Women have also become water changemakers in El Salvador, where they are breaking down stereotypes by taking on jobs that would have previously been done by men – such as installing rainwater harvesting technology. They are also now governing the use of these installations and making decisions on how water is distributed.

“The success of this project is 100 percent related to the women’s organisations … they are making a big difference to rural communities here in El Salvador,” said Vilma Chanta from the Fundación Nacional para el Desarrollo (FUNDE).

Women’s role in managing water resources has been recognised by the United Nations since 1992 yet, despite tremendous progress on the ground, men still hold the power when it comes to top-level decision-making. A recent report released by GWP shows that more than 80 of the 168 countries surveyed had limited or non-existent gender objectives in their water management policies and plans.

Liza Debevec, Senior Gender and Social Inclusion Specialist at GWP, says much more needs to be done to remove barriers to meaningful participation of women in water resources management.

“All projects must fully commit to undertaking a gender analysis of the local water management situation from the outset of their activity, so that all opportunities for and barriers to women’s participation are identified and addressed,” she explained.

“When women are involved in the management of water resources, research shows that the results are better for everyone – economically, socially, and environmentally. As the world’s population steadily grows and droughts happen more frequently as a direct consequence of climate change, women will hold the key to providing more sustainable access to this finite resource.”

The ten stories featured here demonstrate the power of women-led and women-focused multi-stakeholder partnerships (MSPs) for fostering a more inclusive, equal, and water-secure world. These stories are part of GWP’s Water ChangeMaker Awards, a global competition which identifies and celebrates the work of groups and organisations that build water and climate resilience. 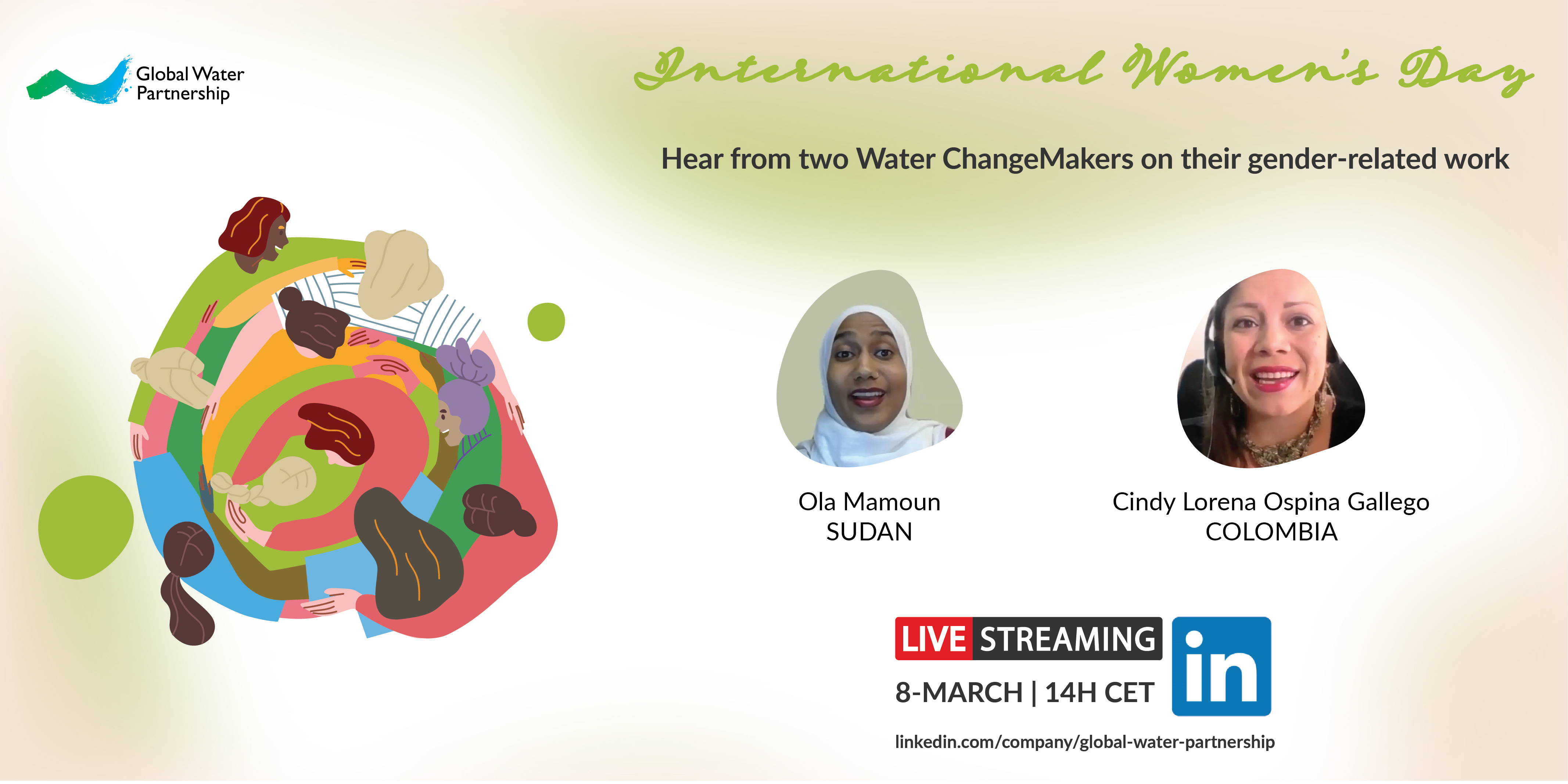