In our series of inter-regional discussions on gender equality and social inclusion, GWP Senior Gender and Social Inclusion Specialist Liza Debevec is exploring the ‘Action Areas’ of the GWP Gender Action Piece, to identify what GWP as an institution can do to apply them. In the fourth and final discussion, she talked to Hycinth Banseka and Julienne Roux about the issue of equal access to and control of resources. Banseka, who is Regional Coordinator for GWP Central Africa, says it is a complex issue in Africa, where the cultural context of each country demands different approaches, and where language and long-term thinking are key to progress.

“The issue of ownership and access to resources is quite challenging for our region and for most African countries – especially for women. Access is linked to ownership, which is linked to customary laws and to national laws – but it is in the customary laws where the problems arise. We are trying to understand what the challenges are that customary laws pose to different stakeholders,” says Hycinth Banseka.

The work to do this is carried out through the Water, Climate, Gender and Development Programme (WACDEP-G), which has the overall objective to transform gender inequalities by promoting gender-transformative planning, decision-making, and institutional development in Africa.

“Equal access to and control of resources is not something we have directly worked with before, but the problem is clear. I know this from personal experience. A close relation’s husband owned a property next to their family house, but when he died, she lost it because the family didn’t recognize that she owned it – they took the land from her. The national laws contest the customary ones, but there is a series of obstacles that prevent women from contesting those laws,” says Banseka.

To understand and address the root causes of problems around equal access, there is a need to work with the people who are the custodians of culture in different countries, says Banseka.

“We can help push for progress through our actions on governance and institutional change, but actions are tied tightly to social and cultural norms. There is no easy fix because it is linked to how people have been brought up, what they believe, how they function, and how the whole society functions. The steps we take – such as building understanding, working with institutions, doing pilot projects with different approaches – is it enough to have an impact ultimately?”

It is a complex and complicated issue, agrees Banseka, but he thinks a key solution lies in GWP’s successful formula of establishing partnerships with a wide array of stakeholders. To make progress on gender issues the partners must be chosen with care.

“I don’t think GWP should be the only frontline player on gender. We need to leverage other partners who know gender, for instance, UN Women. Governments do not know GWP for gender. They know us for water resources management. If we want to get across our message on gender in water resources management, we need to partner with the gender players. We need to mobilise partners we haven’t mobilised before, such as traditional authorities, who are the custodians of the cultures. Our challenge is how to reach them,” says Banseka.

Tackling dental fluorosis through the church

GWP Central Africa has some successful experience with this, from when GWP Cameroon worked on the development of gender sensitive responses to the dental fluorosis problem in the far north region of the country. Dental fluorosis is becoming a widespread problem in the northern parts of the country due to excess fluoride in the drinking water tapped from groundwater. In addition to the health impacts of this disease, it creates a social stigma especially for young girls and women who suffer from the condition. GWP’s work brought to light the gender dimensions of this issue. It trained women leaders to understand the origin of dental fluorosis in a bid to change their mentality so that they can in turn sensitize their communities, create a ripple effect and reduce stigmatization of affected persons. To share the message, they used various activities, some of which were organised by their churches and faith-based institutions.

“The church was a major actor in the sensitisation on the fluorosis issue – and I think it can play a role when it comes to raising awareness on gender. There is also a strong link between the church and the traditional authorities, and we can use the church to access traditional authorities, because they work together very well as they are both leaders in the communities,” says Banseka.

The fluorosis project is a good example on how gender transformation can work in practice, and it shows that if you engage the right stakeholders it makes people at the grassroot level change their norms and behaviour.

“GWP uses a participatory mindset, and we use participatory language to talk about our work with communities, but also in our work with institutions. We have learned that the earlier you engage with stakeholders, the more committed they are to a process and will take it forward,” says Roux.

Language is important – and perseverance

The way you talk about a topic is important. This was a lesson that Banseka learned when he first introduced the WACDEP-G project to partners in Cameroon, because when they heard it was about gender, their reaction was to connect it with controversial issues around sexuality.

“You must be very careful with how you pass on the message of a programme, and you need to recognize the sensitivities of each country. We now present WACDEP-G through the concept of gender transformation, which clarifies and opens the minds of partners and they understand what it is about,” says Banseka.

In addition to finding the right language, time is another important factor. It takes time to make change happen:

“We first identified the fluorosis problem and introduced it to national parliamentarians in 2010. Although it gained initial interest, the matter was never brought forward. Nothing happened. But because we were passionate about it, we continued to lobby with other stakeholders, and we kept raising the issue until we finally got the financing for a first project from UNICEF. It took us 7 years. The issue was always on the table, but it took 7 years until somebody was ready to do something.”

GWP Central Africa has been successful in mobilising political will around several issues, through media engagement and by tweaking the messaging or tying it to other issues. Roux says that this approach should also work with gender messaging – but again, it takes time.

“How to get from lip-service on gender equity to real leadership? Could we build a case that action on gender equity is not only an absolute must from a moral and ethical perspective, but also that it serves economic goals? Decision makers would listen to this. This could be about showing, for example, that, as women are a big part of the agricultural work force, if you don’t allow them to be involved in decision making around agricultural development and to access and invest in agricultural productivity improvement, you are missing out on big opportunities for economic growth,” says Roux.

This is something that appeals to Banseka, but because it is a complex issue, he says GWP needs to stay focused on what it wants to achieve and what it can do as a network:

“We aim for equity and equality, but this is not what we do. What we do is try to empower, to build structures, alliances, and connect people so they work on something. We give them capacity and empower them. We’re trying to look at the structures that have been put into place and see how to influence them. From my perspective, if we focus on this, we will achieve our long-term objective.”

Finally, Banseka brings up something he sees as a core strength of GWP, which makes it stand out from other organisations – GWP allows for time for reflection and learning to get the projects right:

“We invest a lot in understanding theory before we do practice. It is important to understand the concept of something before going to stakeholders. If you don’t understand it, don’t try to promote it to somebody else, because that will bring you problems. GWP has the experts and the tools, and when we build a programme, we take time to curate it before we embark on implementation and create the messaging to external actors. Very few organisations do this. They employ people and put them on the line. But this is a value GWP has – and we train people. Sometimes people think it’s not useful – I always beg to differ. We need to continue investing in that.”

For more information on any of this, you are welcome to reach out to Liza Debevec at liza.debevec@gwp.org.

Read this article in French

More in this series

In their own words 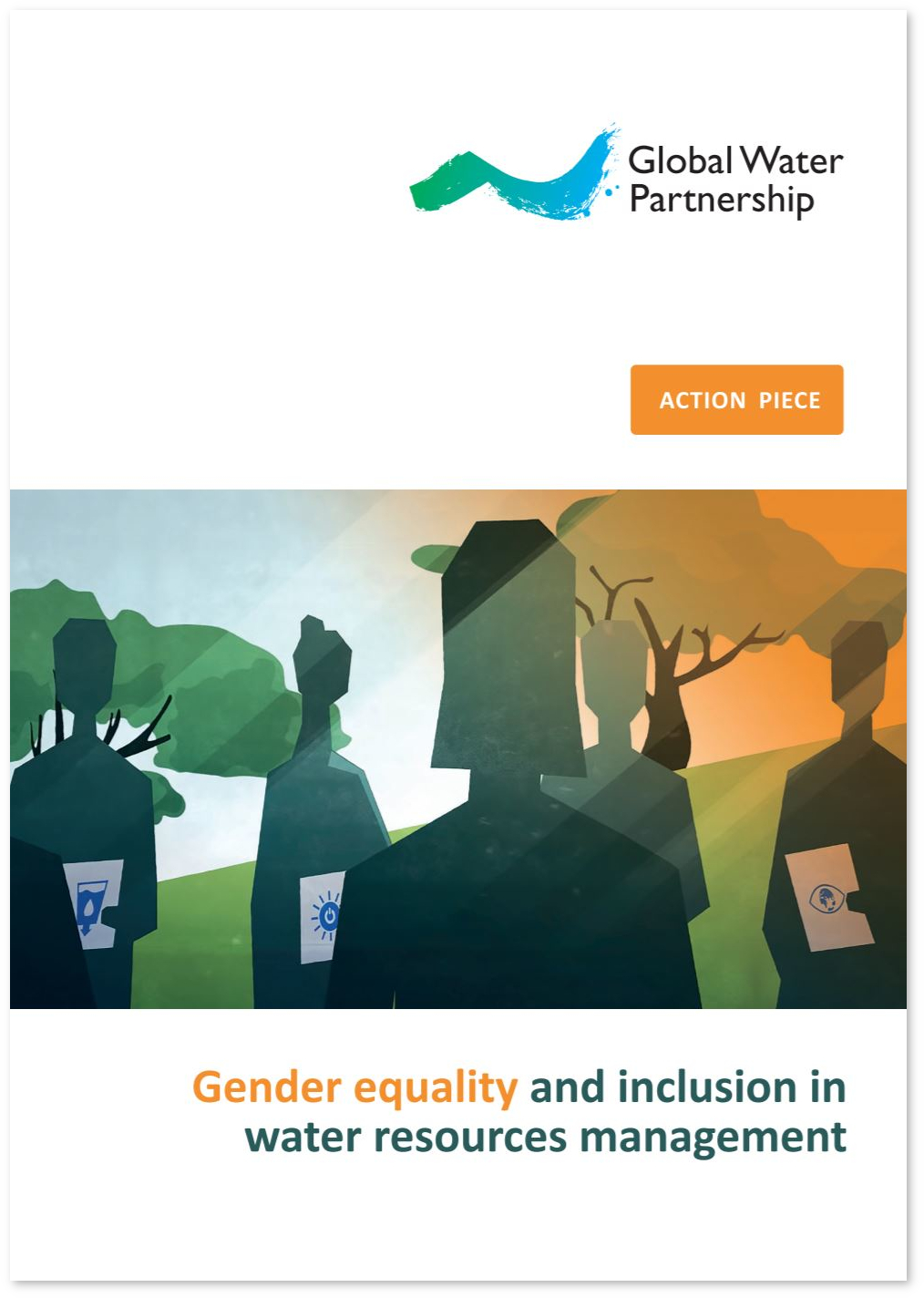 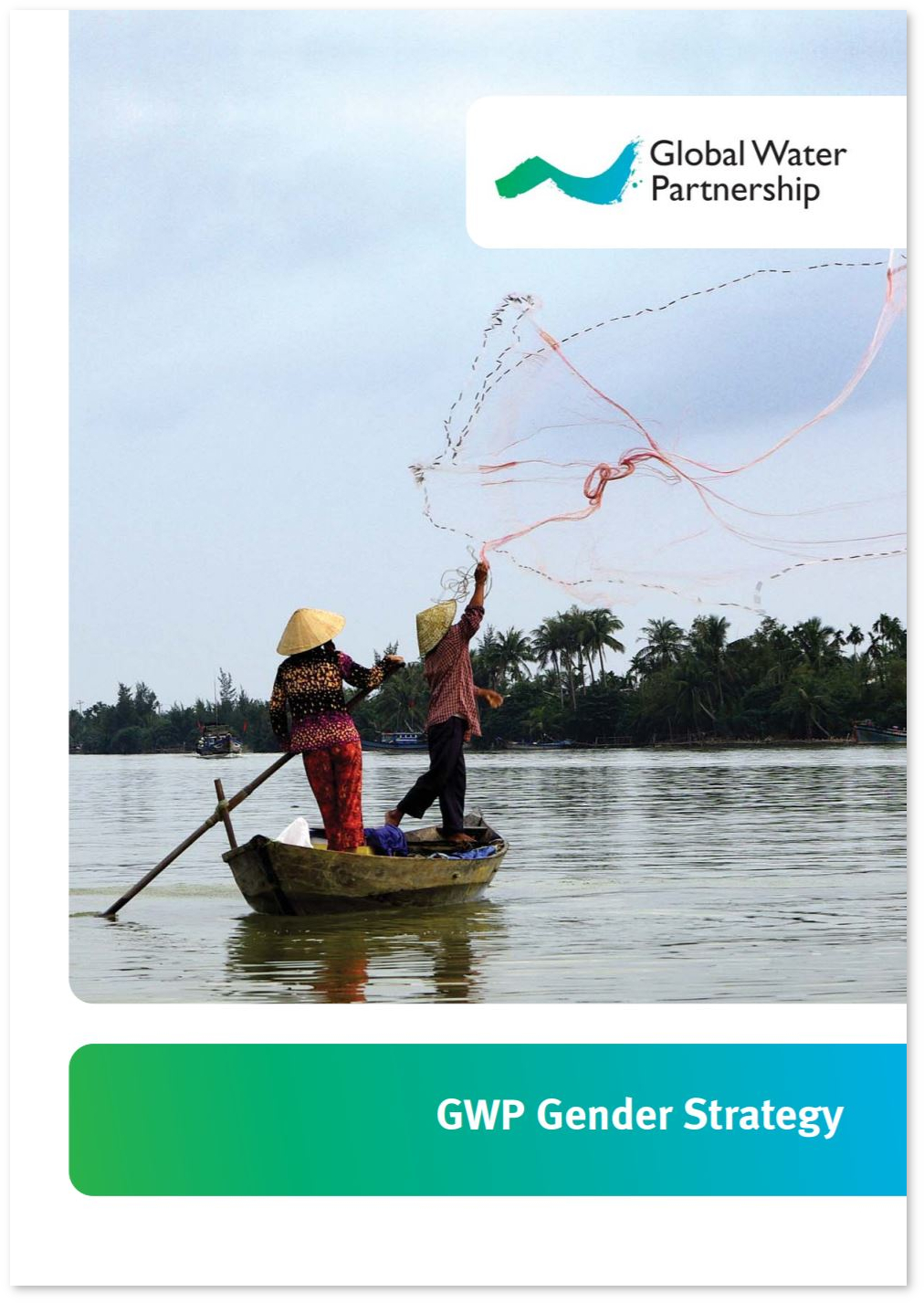