GWP Cameroon and its partners have trained women leaders in the Meri District, Northern Cameroon on community sensitization on fluorosis and its health impacts. The aim was to help change mentalities and break stereotypes related to dental fluorosis. An evaluation shows that the training and the activities of the women leaders has had a positive impact on the community's perception of the disease. The approach also created momentum for awareness activities in the entire Mayo Tsanaga River Basin.

Geogenic fluoride contamination of groundwater resources in Northern Cameroon and its impacts have only recently been identified and responses have been lagging behind. Building on their previous work on the resilience of WASH services in the region, GWP Cameroon and its partners have brought to light the gender-related impacts of fluorosis and have made strides to mobilize stakeholders towards the development gender sensitive responses. 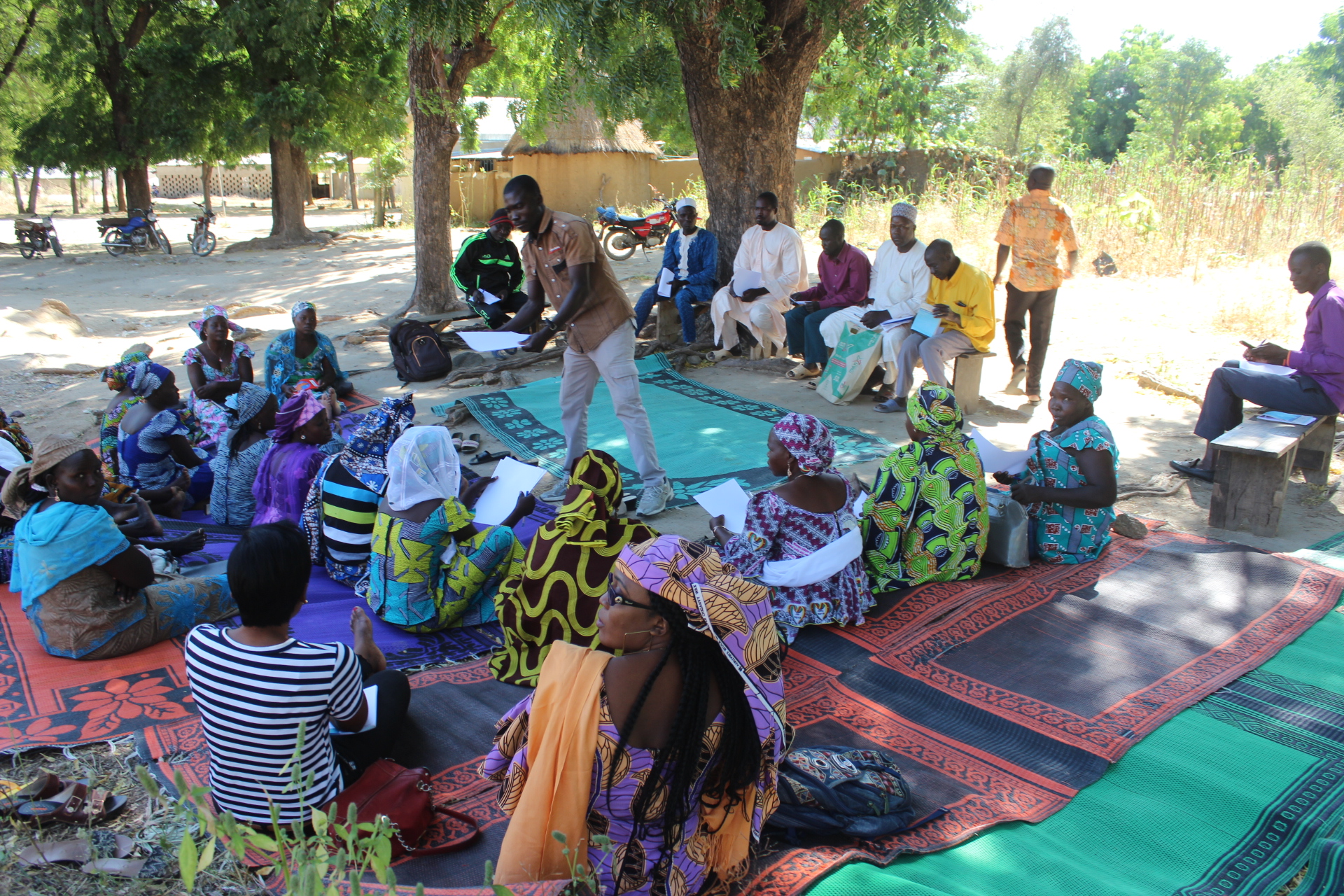 After the analysis of gender-related impacts in Meri District in 2019 confirmed that women were at the center of stereotypes associated with dental fluorosis, GWP and its partners took action in the region by developing a Phase II project to conduct a series of “community education talks” and sensitizations on fluorosis and its health impacts. Given that during the Phase I of the study, 10 women leaders were trained on fluorosis and potential technologies for its treatment, Phase II of the study – which lasted from September – December 2019 – also had as objective to evaluate the impact of the sensitization activities carried out by the women leaders in the district. This evaluation, which also involved an assessment of the impact of sensitisation activities on the prevention of dental fluorosis from the pilot and first phases, was realised in the community through focus group discussions with the 10 women leaders and administering of questionnaire targeting 20 respondents.  For women in the Meri region, the dental fluorosis for young girls impacts negatively on their social relationships especially with respect to marriage, and also restricts their career choices. Furthermore, the stigma extends to their mothers who are carry the guilt of being a vector of transmission of the disease to their children. 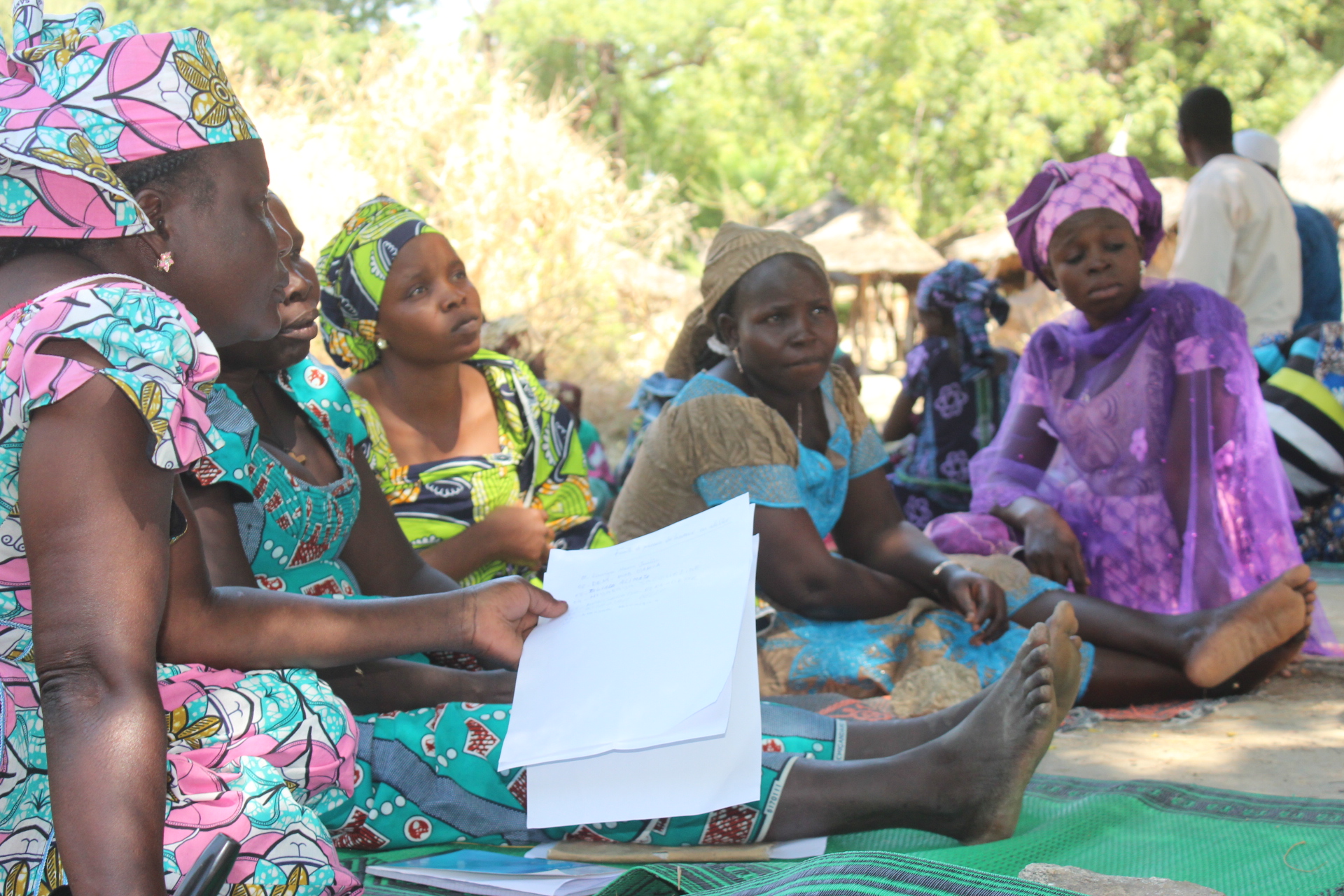 The evaluation and assessment revealed that GWP's training of 10 women community leaders from the Méri district in 2019 has had a positive impact on the community's perception of the disease today. Apart from Manguirdla, the rest of the villages where the trained women were able to deploy now recognize dental fluorosis, and understand that it is caused by consumption of excess fluoride in drinking water from under-groundwater sources. In fact, the sensitisation activities have increased populations understanding of the origin of fluorosis, helped communities to be more tolerant towards people with dental fluorosis, and thus reduced stigmatisation on affected individuals, especially women and girls. Moreover, the trained women have successfully trained 30 other women who are continuing the sensitization cycle in the region. The women of Godola, Meri, Tchéré and Ouazang have made particular use of the various activities organized by the religious or “faith based institutions” to sensitise the communities and train other women who later relay the information in their communities. To reduce and avoid impacts of stigmatisation on their children, the women in the community are more committed to continuing sensitisation and awareness activities in the entire Mayo Tsanaga River Basin. Though the women are applauded for their work so far, some residents  emphasize that it is important to intensify the sensitization campaign and develop solution driven initiatives. In the words of a son of Douvangar, "Fluorosis is not a disease of public health concern, yet it should be. My granddaughter contracted this disease but the problem is not to have it. It's not knowing how to prevent and get rid of it. » 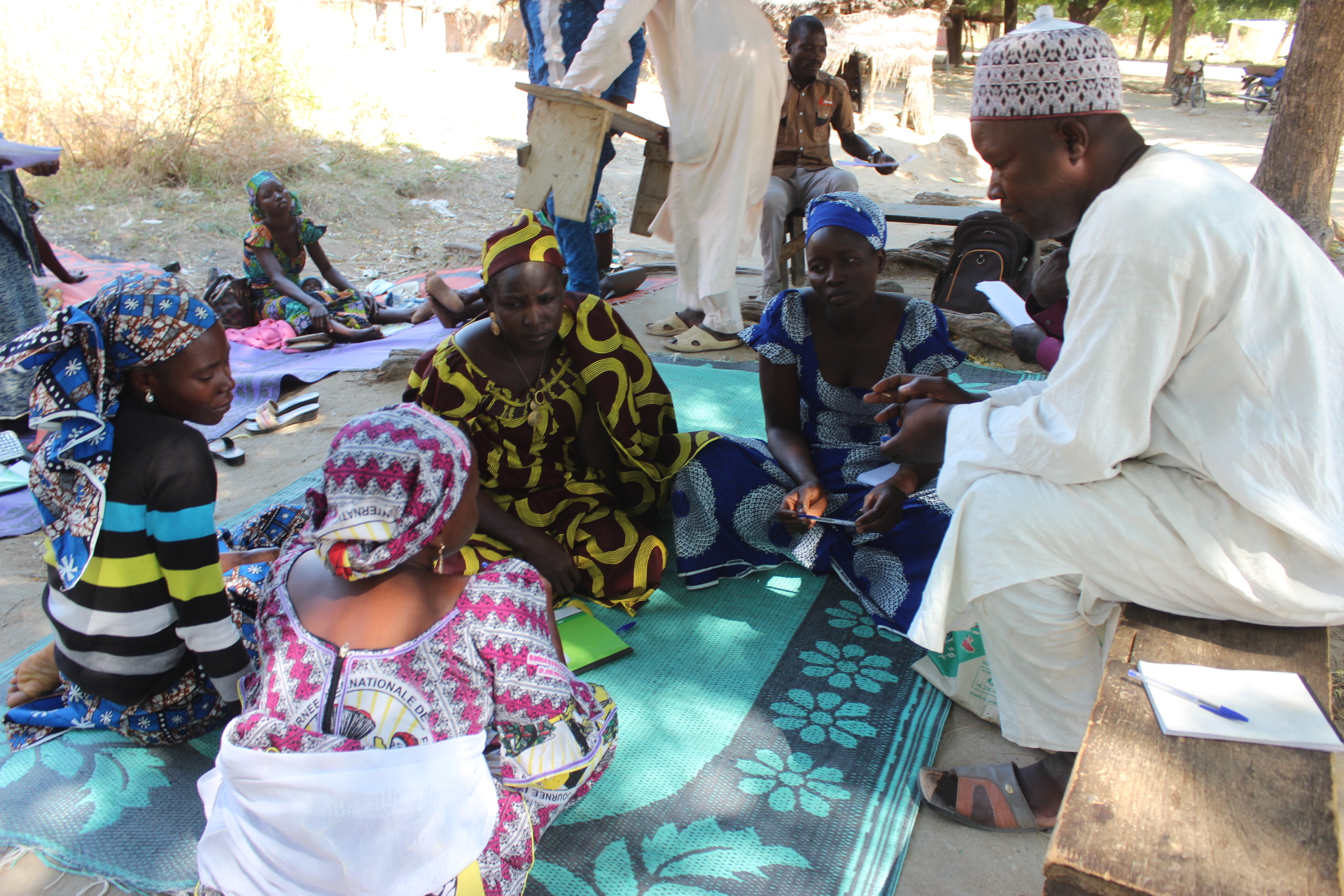 To further prevent fluorosis and change mentality in the region, GWP Cameroon and partners organised inter-community educational talks in Meri with female leaders, Community Health Workers, traditional and religious authorities and other members from neighbouring villages. On the agenda was the impact created by the work of the women trained by GWP, the difficulties they faced, participants’ opinions on the subject of dental fluorosis and recommendations. Participants were divided into groups of minimum four members with the aim of crossing opinions and proposing solutions to the problems surrounding dental fluorosis in the region. Some solutions proposed included  amongst others; continuous sensitization and outreach through increased number of fluorosis posters, training of community leaders, health care facilitators and traditional authorities, provision of improved rainwater harvesting and treatment systems as an alternative to groundwater consumption in affected communities, which will be capitalising the work done in 2012 by a GWP partner, the Central Africa Network of African Indigenous Women Organisation (AIWO-CAN).

Apart from the activities of AIWO-CAN, research for development and awareness raising campaigns around dental fluorosis have been largely carried out by GWP. The posters developed through collaboration with UNICEF in the pilot phase of this project drew attention to the name of the disease (“dental fluorosis”), and legitimized the fact that the yellow, brown, reddish or black staining of teeth is disease and not a curse or the result of lack of or poor oral hygiene. This alleviated the pressure on affected women and men alike who were thought to be vectors of disease transmission, raised hopes for treatment of the disease and tremendously increased awareness on the disease. 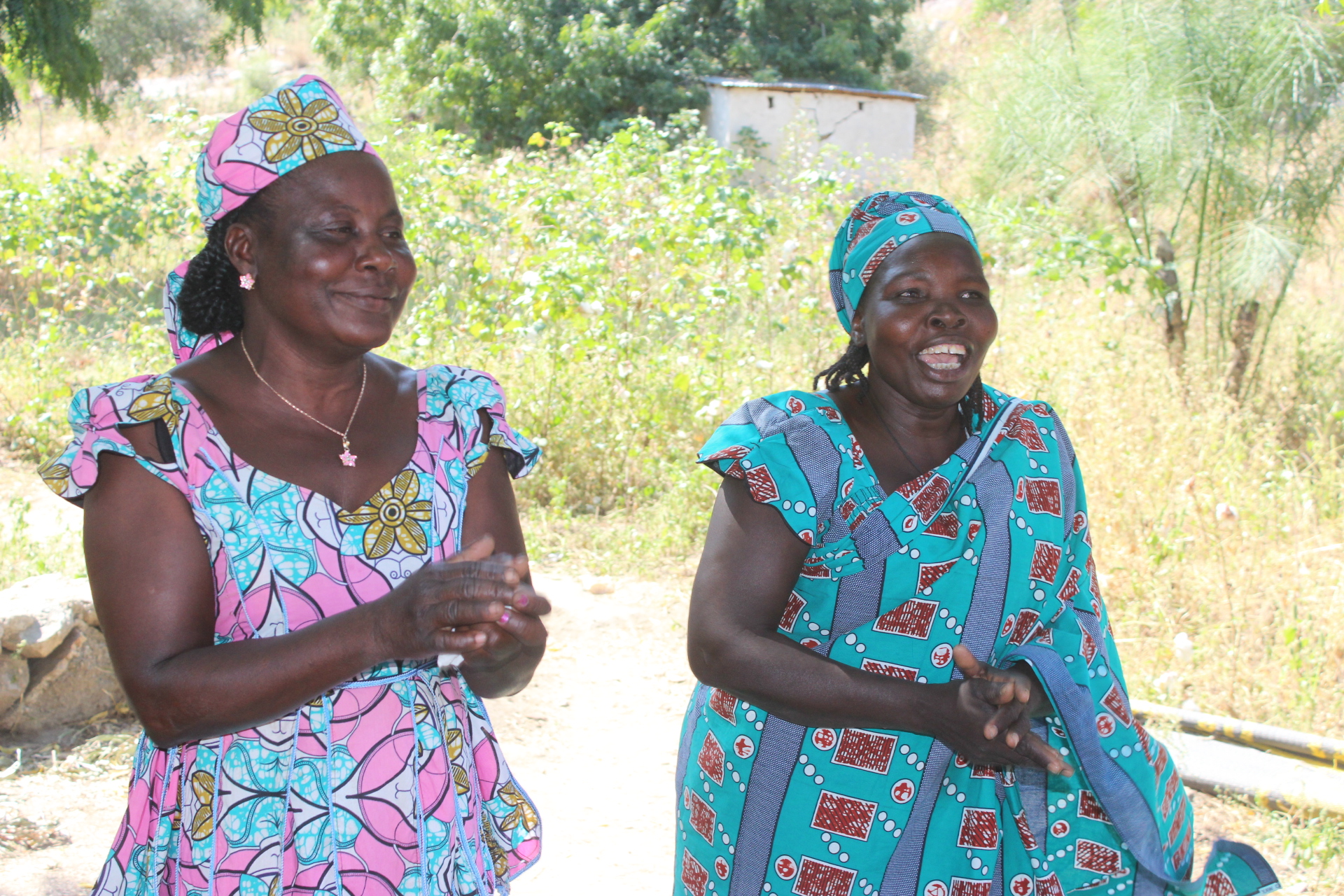 Overall, GWP’s strategy to change mentalities on dental fluorosis in affected communities with a focus on women community leaders as ambassadors of change has been successful so far. However, more remains to be done, and the women and community leaders have made specific recommendations going forward. In particular, they emphasised the need to train both men and women in order to be more effective in deconstructing the way communities look at the disease and patients. Women are more the sociological victims of the disease and this victimization is inherent in the choices and views of men about women with dental fluorosis. 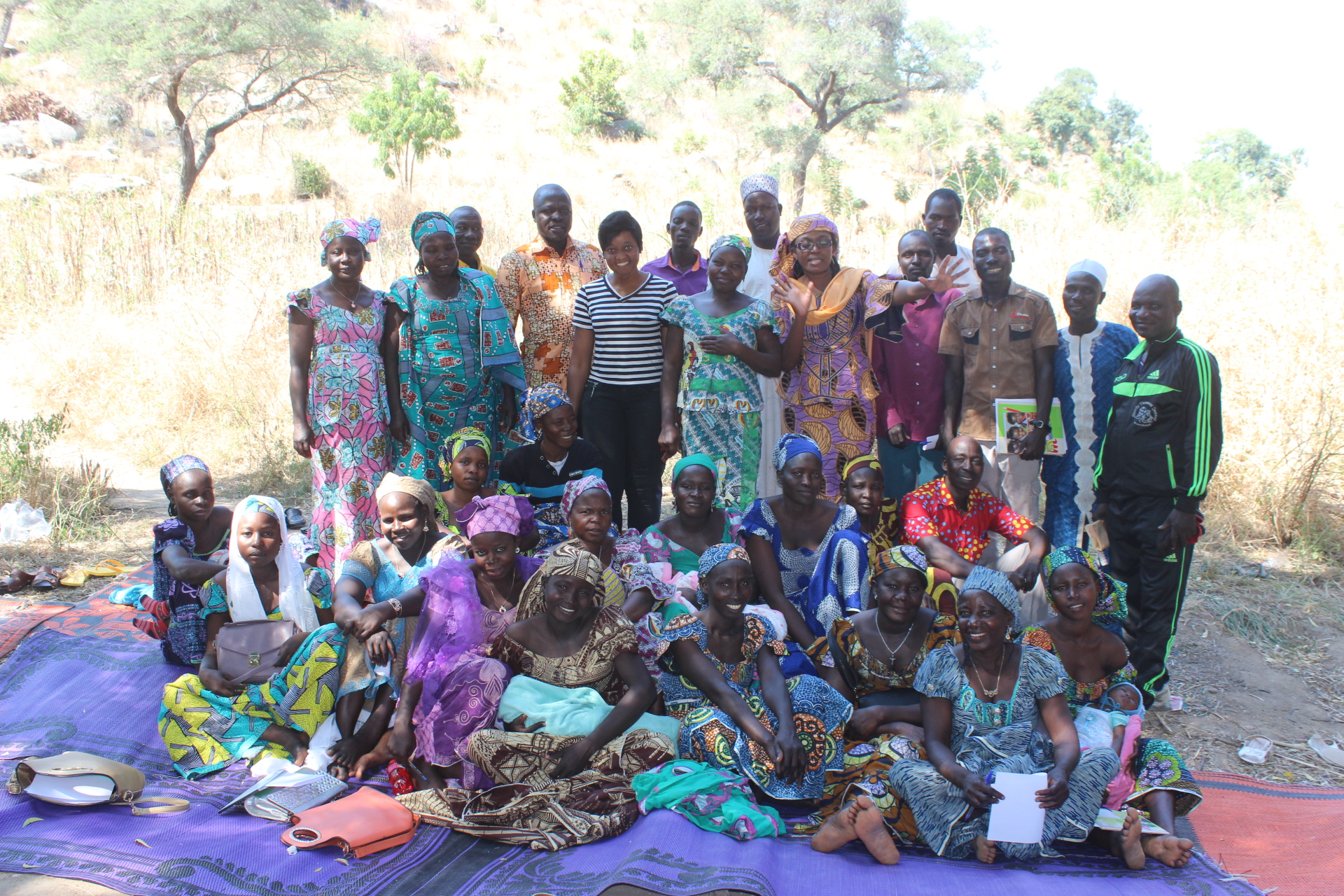 Further, according to the Heads of the health Centres in Douvangar, Ouazzang, Manguildla, and Kaliao, it would be very “useful to integrate Community Health Workers (CHWs) in all sensitization activities as they have a better understanding of the health needs of the community”. Also, the traditional leaders have called on GWP and partners involved in the study to “strengthen and accelerate research activities leading to production of a household water treatment unit as a permanent solution to dental fluorosis”.