GWP participated in the UN climate conference in Marrakech, COP22, with representatives from various parts of the network. Adaptation and financing were two topics that dominated many discussions, with a strong youth perspective throughout.

GWP’s representatives went to COP22 with a set of key messages, including a pledge to develop roadmaps and investment plans for Nationally Determined Contributions (NDCs) and National Adaptation Plans (NAPs), as well as a commitment to support project preparation and climate finance for water. These messages were reinforced though a wide range of activities at the Conference of the Parties (COP). Alex Simalabwi, Global Coordinator of GWP’s Water, Climate and Development Programme (WACDEP), has been going to the COP for a number of years, and he sums up COP22 as being all about adaptation and finance. He added that water has become a top priority:

“The key issues that GWP have been following and trying to bring to the table at the COP are those of water management and water security. When we first started doing this around COP16, there was very little mention of water. This has changed a lot – now it is one of the top priorities. In 2015, water was listed as the top risk to business by the World Economic Forum, and the same year, a water goal was adopted as part of the Sustainable Development Goals (SDGs) – Goal 6. So for GWP this is an exciting time because we are finally seeing countries starting to pay attention to water security within the climate negotiations.”

The COP of Action

Following the adoption of the Paris Agreement at COP21 last year – and the entry into force of that agreement in time for COP22 – this year’s COP was pinned as the “COP of action”. This is something that suits GWP, says GWP Executive Secretary Rudolph Cleveringa:

“Action time for GWP means action time for the network partners – and COP22 means a far greater action base than within GWP. It is an enormous opportunity for partners to reach out beyond the water space – youth, civil society, academics, different levels of government, regional entities, and economic missions – they’re all represented. And the overall spirit has indeed been action – action within the Nationally Determined Contributions (NDCs), adaptation, water, agriculture, the nexus part with energy and environment, and funding. GWP is on the right track, definitely. There’s a strong demand from the countries for the GWP global expertise to help them access climate funding, green funding, or sustainable development funding. We can do that, and we will do that.”

Cleveringa says that at Marrakesh GWP was referred to by groups not usually present in the partnership.

“This is particularly the case for farmers’ unions – we’ve been able to reach out to them and listen to them. This something we welcome. I’d especially like to congratulate the government of Morocco for an excellent initiative – the Adaptation of African Agriculture (AAA), which is a well thought through and well received initiative,” says Cleveringa.

He says that AAA is a good example of when a country proves itself ready to lead on climate change adaptation for the future: “The southern Mediterranean already has a climate with extreme droughts and floods – meaning they are already experiencing a climate that many more regions will experience over the next 20-30 years. Morocco and neighbouring countries are already coping with this and building resilience through putting institutions to work. I mentioned on a panel that droughts are the new normal, which means that the old order of governance is no longer the future one. Morocco’s government is very conscious about this and has made great inroads. Southern Mediterranean serves as a learning territory.”

Another clear focus for GWP at COP22 was the strong engagement of youth.

“Youth, being 50% of the human population, should be given a bigger role and more recognition”, says Senior Network Officer Manuel Fulchiron, who coordinated GWP’s youth activities, such as a youth side event with 65 participants from all over the world, putting together a plan to work together on climate action for water.

In addition, GWP invited youth partners to speak to the world in a press conference at COP22, where they positioned themselves in the climate agenda:

“Youth should take destiny in its own hands and not rely on everyone to wait before implementing or triggering change. That’s what we’re trying to do. We want to enhance the capacities of young people to cope with water and climate change and we also want to be more involved in decision-making bodies. Youth is able to achieve a lot, and with support we could achieve even more. We want to live in a world that represents the future we want,” said Vivien Deloge, who is a member of the World Youth Parliament for Water (WYPW).

Rudolph Cleveringa applauded Deloge, saying: “On the plane here I read a statement by somebody saying that this is the last generation that has the power to shape the future – I’m so glad to hear you say that this is nonsense. Agenda 2030is an all-of-society engagement and it is not related to any specific group of society. Your mandate is to ‘youthify’ that agenda, and this goes for both the Paris Agreement and the Sendai Framework for Disaster Risk Reduction.”

Cleveringa added that GWP is looking to appoint a youth ambassador to its Steering Committee to further strengthen the network’s youth commitment. He also called for youth delegations to be included in the country representations at next year’s COP. 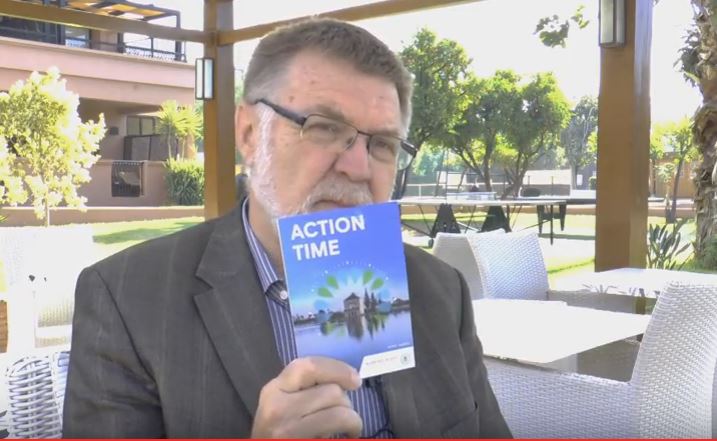 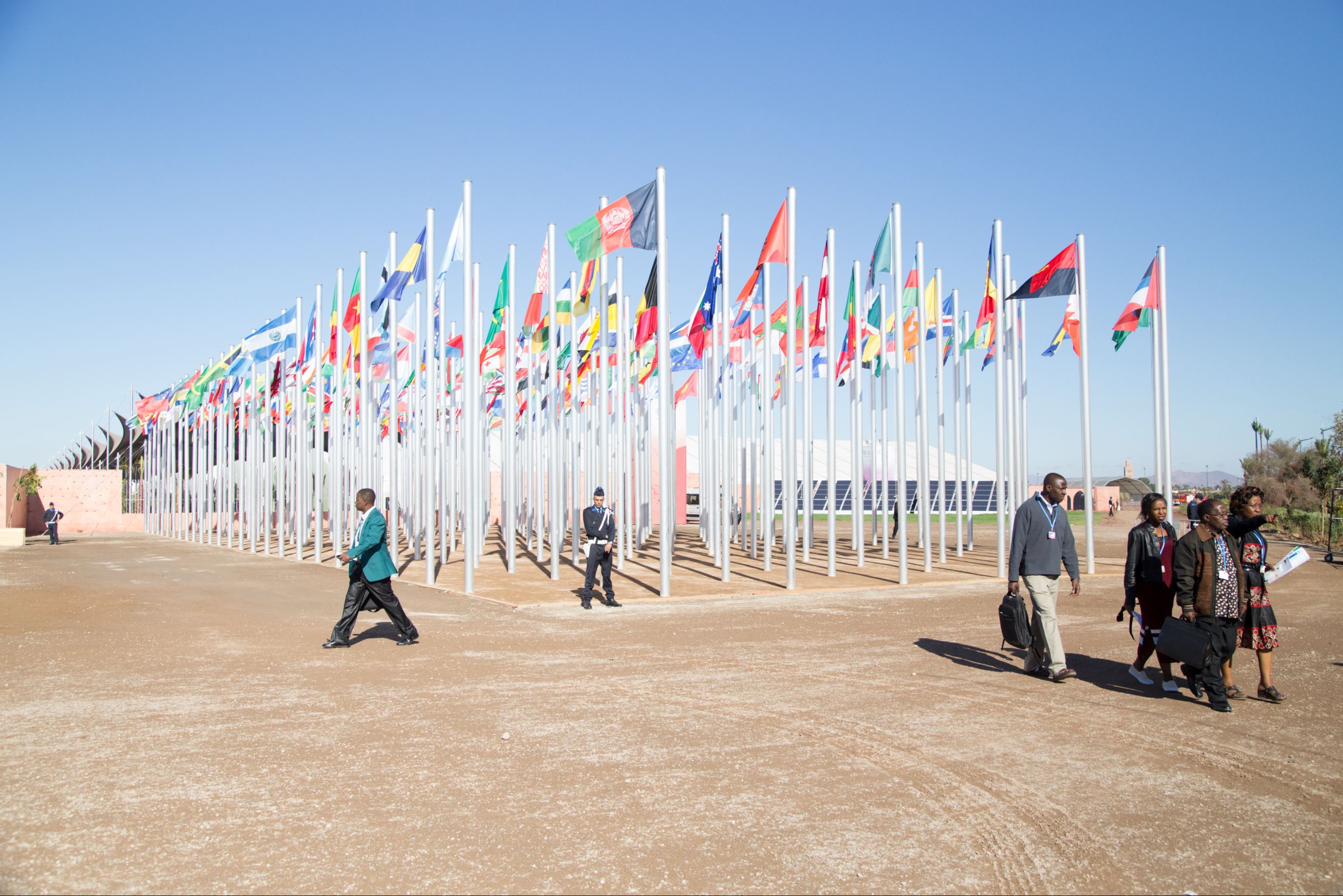 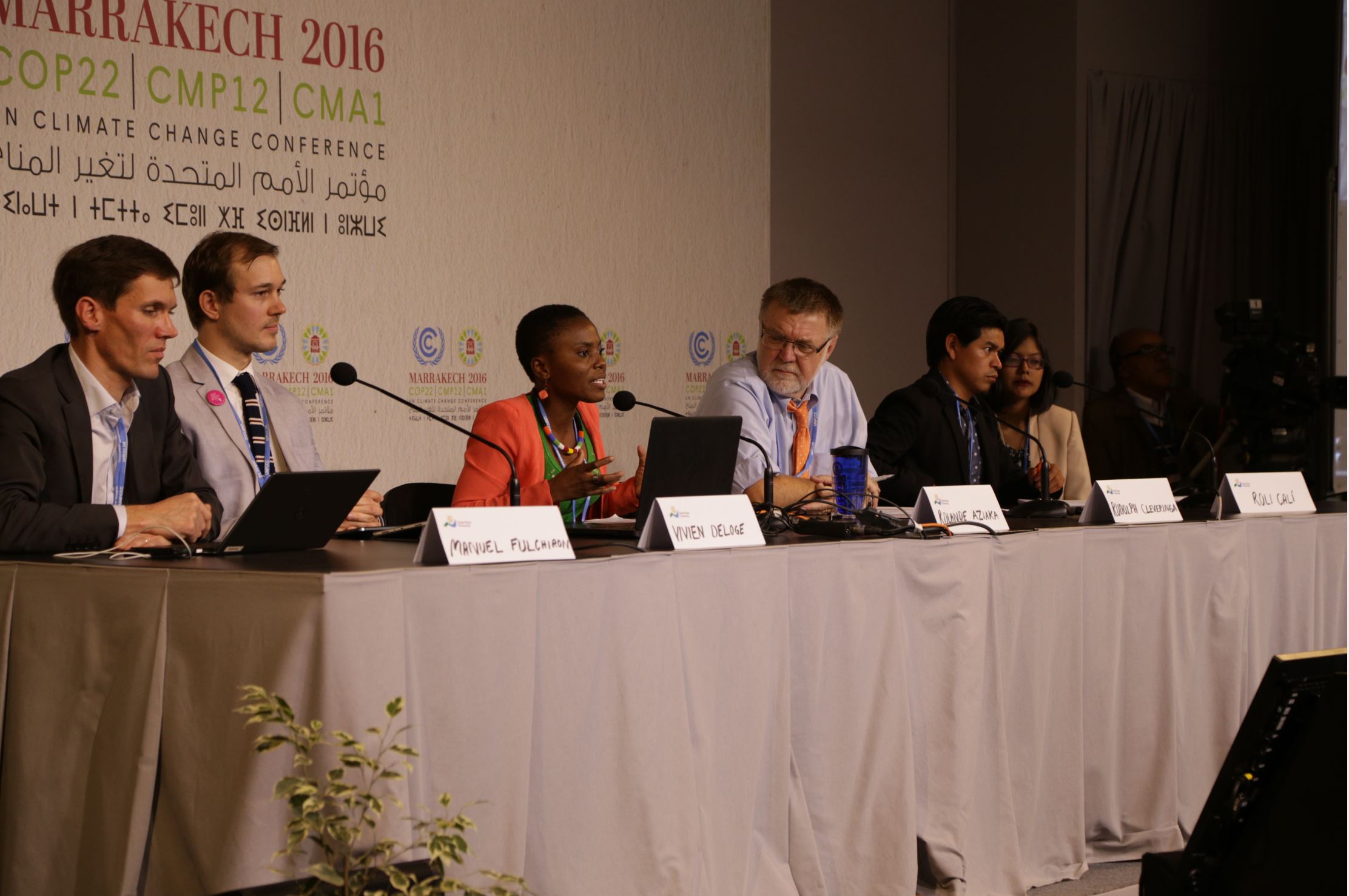