The Nakanbe Water Agency, still young though the oldest

The first water agency in Burkina Faso was created on 22 March 2007 and covers an area of 60,337 km², i.e. 21% of Burkina Faso's surface area, with a population of around 8 million inhabitants, representing 44% of the country's population in 2015. It covers several large cities including the capital Ouagadougou and six (06) regional chief locations, which increases the already strong pressure on the basin's water resources.

"Like all the Water Agencies, the Nakanbé Agency aims to develop the river basin as an appropriate framework for knowledge, planning and management of water resources, through the coordination of related actions and through consultation; in order to prepare and implement, in optimal conditions of rationality, the orientations and decisions taken in the field of water", explained Mr. Barthélemy KOLOGO, Head of the Monitoring, Evaluation and Prospective Department of the Nakanbé Water Agency (AEN).

Thus, the Agency has ten missions to accomplish which are: 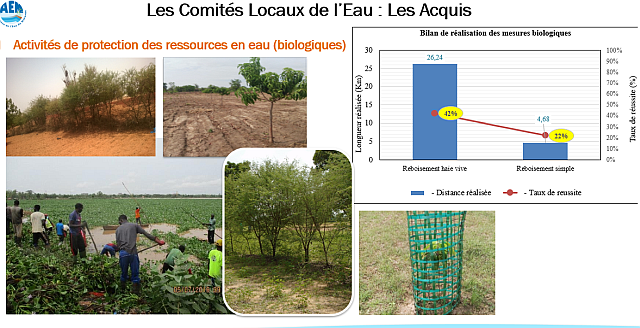 The major stakeholders in the management of the basin's resources are the Local Water Committees (CLE), 14 of which have been set up in the Nakanbe out of a potential 40. These CLEs support the Agency in:

Mr. KOLOGO gave explanations on the process of setting up and running the CLEs as well as the number (14) and the functioning of the CLEs set up. Thus, he informed that from 2016 to 2020, the CLEs of the Nakanbé basin have received a total support of 68,747,105 CFA francs from the Agency, of which nearly 7% from the CFE and the rest 93% from partners (Danida and Sweden).

In terms of communication, awareness and education, Mr. KOLOGO explained that more than 6,000 people had been directly affected by awareness raising, more than 300 users had been trained by the CLE on various topics and 26 management or dam users' committees had been set up, among others. 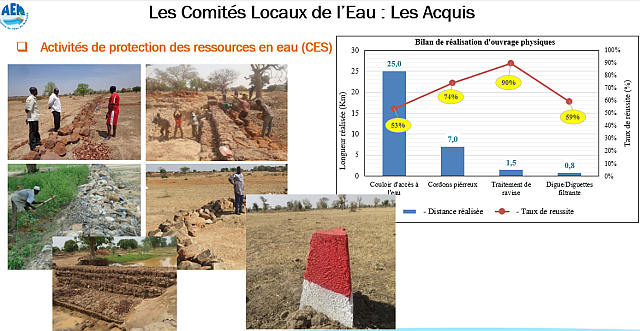 Speaking about the Master Plan for Water Development (SDAGE) of the Nakanbé, Mr. Jean Baptiste ILBOUDO of the sustainable development department of the AEN, for his part, estimated that "the SDAGE of the Nakanbé jurisdictional area thus elaborated should not be an end in itself. It should serve as a reference framework for the actors (State, communities, users, partners) to engage actions in favour of a shared control of water resources and their protection for the benefit of the uses while respecting the natural environment, which constitutes a fundamental wealth for the competence area of the AEN".

Mrs. Fadimata KABORE explained that the collection of the CFE is one of the major activities of the AEN, whose collection strategy she detailed, which aims at "releasing financial resources for actions in the field of management and preservation of water resources". She cited the following difficulties encountered:

Ms. Kaboré concluded that "each actor should contribute to the operationalisation of the CFE for better water management in Burkina". 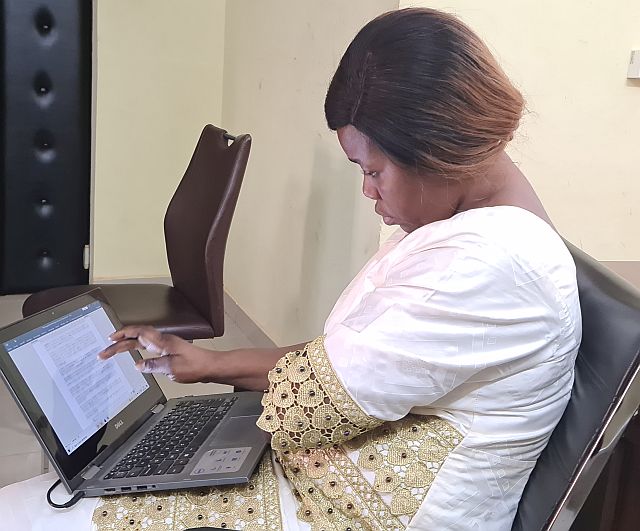