Sparking an International Career in the Water Sector

“My journey in the water and development sector began through a simple internship for a small China-based NGO named Thirst”, says Alex Whitebrook, Fundraising Team Manager of Geneva-based NGO Water Inception and Focal Point Oceania for the World Youth Parliament for Water (WYPW). Whilst studying international relations in Shanghai, Alex took on a role with Thirst to teach high-school students about China’s water challenges. One thing led to another, and now, as part of the GWP-WYPW youth storytelling initiative, Alex looks back and shares the story of his first on-the-ground experience, which took place in a tiny village in Mexico.

I had previously been interested in food and water security studies as part of my university studies, but working with Thirst was the first time I helped communicate and advocate for the global challenges that the climate crisis presents. I took the interest I developed in the water sector back home to Australia with me and gave a TEDx talk on the impact of virtual water.

Afterwards, I moved to England and began writing for an international food industry magazine, bringing my own water-focused influence to their work. Whilst working there I was given the opportunity to attend the World Water Congress in Cancun, Mexico. On the first day of the conference, I met a man named Scott Hill standing at the exhibition booth of a charity named Operation Blessing. As it turned out, Hill was one of the regional managers for the charity and was using his time at the conference to deliver water purifiers to local villages.

Operation Blessing is an NGO dedicated to improving food and water security in developing countries or during conflict and natural disasters. When I first met Hill, he introduced me to a range of water filters and purifiers that Operation Blessing was using through a company named Aquatabs. The most noticeable device was a small pump the size of a briefcase, with a capacity of about 20 litres. It included a filter with space to insert chlorine tablets, enabling the production of pure, clean water from almost any source. This design allowed the portable purification of hundreds of litres of water in disaster situations.

Hill told me of the most memorable time he was required to use one of the pumps, during the 2015 earthquakes in Nepal. He and his team were airdropped by helicopter to a mountainside, where they were stranded for a day due to snowy weather conditions before they could bring aid to the communities recovering from the quakes. I was inspired by his story, and asked if I could join him on one of his trips to communities near Cancun, he said yes.

Going to the village

Meeting Hill first thing in the morning, I climbed into his Jeep along with the regional manager for Operation Blessing, Jorge, and a trainee. The four of us drove out of Cancun, stopping only to collect materials, including three 20-litre water-proof backpacks designed for use as water transportation, and three small water purification devices I had never seen before. In total, we drove for one and a half hours to reach a small village that had been established in the forest a few kilometers off of a major highway.

The village was tiny. Only a few houses were visible in the town centre, with each structure half-hidden by trees and spaced out at irregular intervals along a winding dirt track. There were two schoolhouses, one for primary school and one for middle school. High school was out of the question for many students in such a small village, as entry is somewhat competitive in Mexico and students would have to travel an hour to the next town on a bus they couldn’t afford if they desired to continue their schooling.

Hill and his team had visited the village previously to take a sample of their drinking water and test it for bacterial contaminants. Each of the schools was built beside a groundwater well, giving the developing children priority access to water; however, the tests conducted by Operation Blessing found that the water contained bacteria at the highest possible detectable levels. Given the severity of the issue, educating the students on safe water management was our target.

Starting with the primary school, we explained the dangers of drinking dirty water and showed them a noxious bag of water that had turned blue from the tests of the previous trip. I enjoyed the tactile approach of the team; the students, who were of all ages and packed in to two small rooms, were fascinated by the pungent smell of the tested water as it was passed around. We had their attention immediately.

Next, Hill showed the students how to use the water backpack, which was essentially a water-proofed burlap sack with two shoulder straps. Two volunteers wore the backpacks to the village well and filled them before returning to the classroom and showing their peers what they had done. After some minor spills and a bit of complaining about the weight of the water on their backs, the children settled down and seemed impressed by the bags. They certainly made the task of carrying water from the well a lot easier than it had been with buckets.

Hill introduced the teachers and children to the little device I had noticed on the drive over, developed by Operation Blessing with the help of researchers at an American university. The impressive device was able to produce a small amount of chlorine by electrolysis of saline solution to catalyse a reaction (2 NaCl + 2 H2O → Cl2 + H2 + 2 NaOH). The saline solution could be earlier produced by simply adding some table salt to a small bottle of water. Although the device relied on electricity, it was also equipped with a built-in solar panel, allowing for easy charging if there was no regular access to electricity.

The students marvelled at the bubbling of the saline solution as it reacted, and the device was passed around for each individual to smell. Though students may not have enjoyed the smell of the water at the beginning of the class, they certainly didn’t like the smell of the chlorine either. Once it was added to the 20-litre bags of water, the taste was not as strong, the water was purified, and many of the students enjoyed it.

In all, I was fascinated by the commendable work of Operation Blessing. The health benefits they delivered to such isolated communities was both life changing for the individuals they brought this technology to, and inspiring to witness. We spent the rest of the afternoon talking to other residents of the community, also stopping by the school kitchen and middle school to check on their water arrangements and show them the device.

Since this first field experience, Alex has completed Masters studies in sustainable development and become Vice President of the WYPW. Today, he works as Fundraising Team Manager of Geneva-based NGO Water Inception and he has also completed further fieldwork for the likes of Oxfam and the Alliance for Water Stewardship.

This story is part of a collaboration between WYPW and GWP to make sure the voices of youth are heard. Do you have a good youth water story to share? Please get in touch with us on gwp@gwp.org. 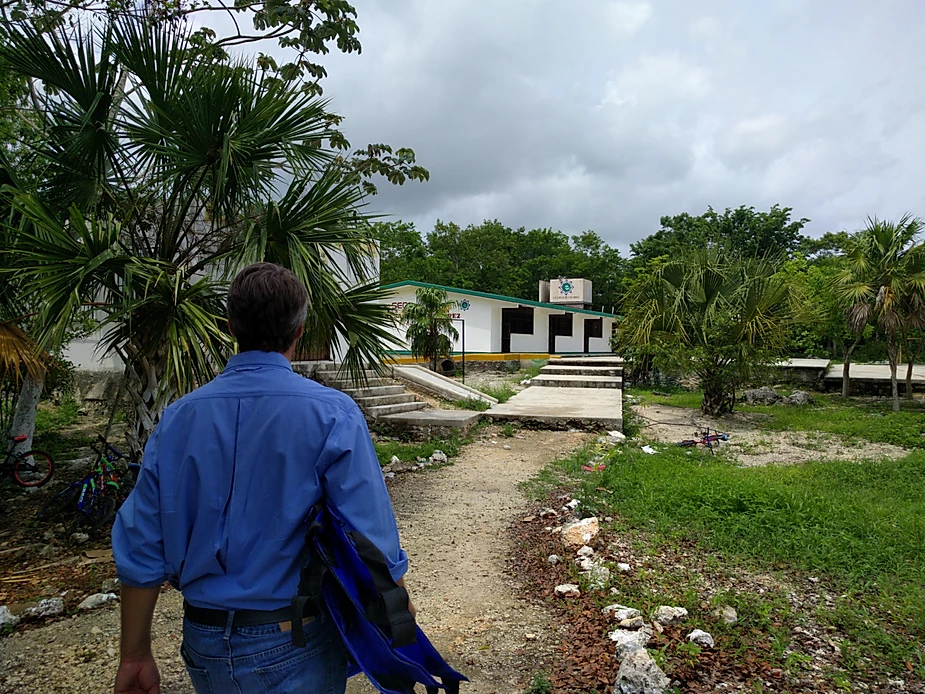 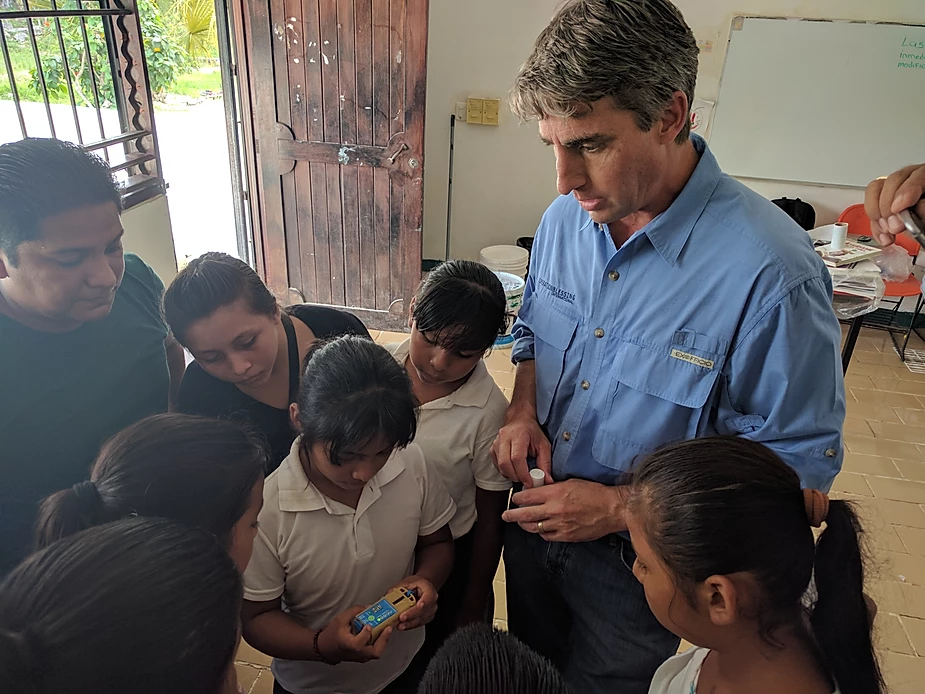 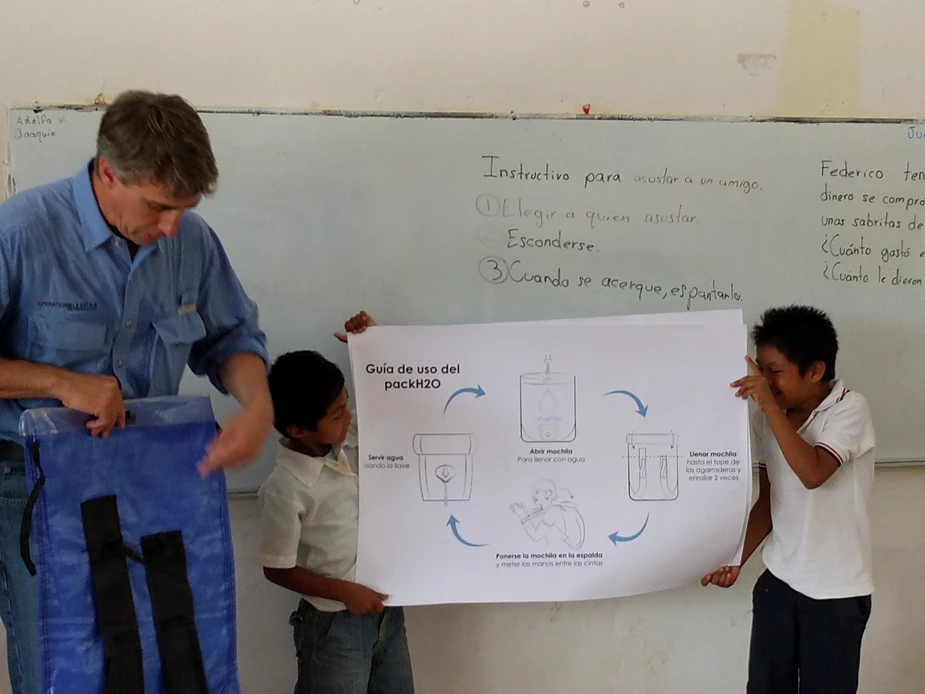 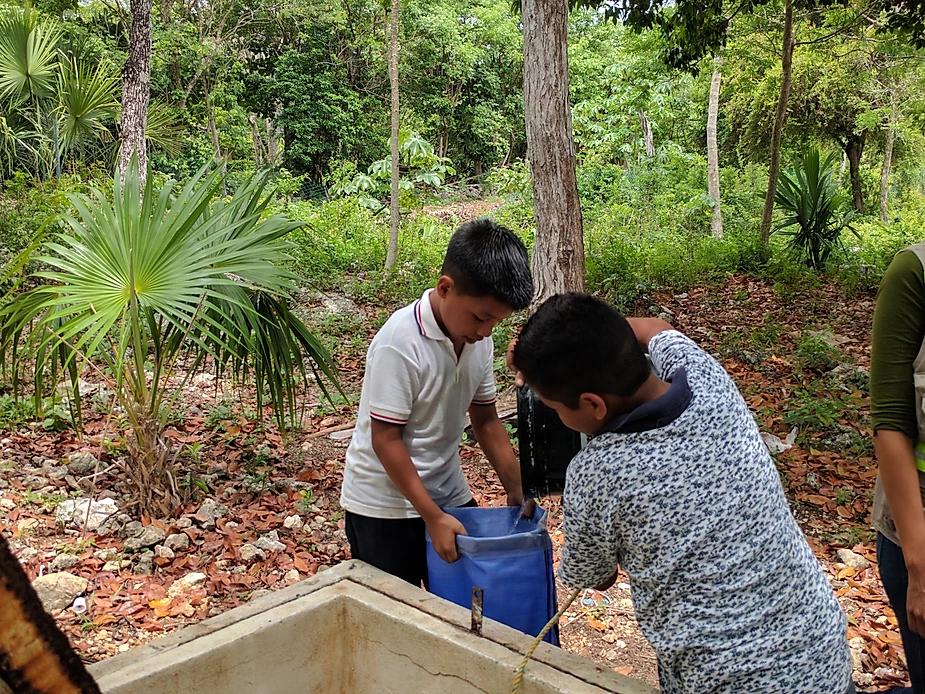 Get in touch with Alex