RECOJAC - Laying the Foundation for Youth Engagement in Central Africa

Michèle Okala coordinates the work of RECOJAC – the Network of Water and Climate Organisations of Central African Youth. She is one of the founding members and she is also in charge of youth issues for GWP Central Africa. Michèle has been volunteering for over 8 years, and she shares some insights to what she has learned – and what she hopes to leave as her legacy: “I created RECOJAC for the generation that will come after me. I am only laying the foundation.”

The idea of creating RECOJAC was born during the 2015 World Water Forum in Korea. Michèle (pictured left) was speaking on a Central African panel at the event, where the theme was "where are we and what is the next step?"

“It emerged that we didn’t really have a good knowledge of the youth organisations in our region, and it was very difficult for us to express ourselves accurately. I was already in contact with several youth leaders in the countries, but there was a lack of information sharing, solidarity and synergy. So, following the Forum, with a committed comrade – Nelly Diane Alemfack – we launched the mapping of youth organisations in Central Africa working in the field of water and climate. However, it was only in June 2017 that we found an attentive ear for what we were planning to do, with Hycinth Banseka, Regional Coordinator of GWP Central Africa,” explains Michèle.

After a few months of exchanges, and investigating how GWP could assist, RECOJAC was finally launched in November 2017:

“We held the regional workshop that led to the creation of the Network (pictured on top), successfully meeting the challenge of involving almost all the countries of the region: Cameroon, Congo, Gabon, the Central African Republic, Chad, Sao Tome and Principe. With the support of GWP Central Africa, we were also able to have other partners such as the Economic Community of Central African States (ECCAS) and UNESCO.”

"I facilitate the involvement of young people from the Central African region in decision-making processes at the national level (via the supervisory ministries) and at the regional level with reference political institutions such as the ECCAS, river basin organisations, et cetera. I also work with other youth organisations, either as a member of RECOJAC – which has more than 50 organisations in the Central African countries – or as a partner to support and sustain initiatives with common objectives.”

Finance is a challenge

While the work of RECOJAC has resulted in many successes, it has also been a challenging time – with lack of finance being one of the major problems. “This leads to knowledge drain in the youth sector”, says Michèle, because people can’t work as volunteers forever.

“The financial precariousness into which volunteering plunges us doesn’t allow us to build a life despite our commitment. So, I’m trying to address the essential aspect of continuity of youth activities to ensure sustainability after they leave – the lack of a system to value the generations leads to newcomers always having to start over again. Many young people like me or Nelly end up looking for a makeshift job, far from the field in which they have worked for years – then another generation comes along and starts building on something else. The challenge for me has been to build a stable and sustainable system, which is why I didn't think of creating an NGO or an association, but a network – that for me is the legacy I’m giving to the generation that will come after me. I am only laying the foundation.”

Michèle is currently preparing the mobilisation of youth in the Central African region to participate in the World Water Forum Dakar 2021:

“We plan to map out youth projects invested in the field that are at least in the pilot phase with results emerging, or that have already had results. We will then present the projects to partners, who will select those they can support to achieve better results. It is these results that we will present at the World Water Forum. We are in the process of drafting a concept note for this ambitious project and we are beginning to look for partners who can accompany us in this process and value the solutions provided by young people in Central Africa. Furthermore, we are also planning to write a book on the contribution of young people from the Central African region on water and climate change issues.”

While the work continues, Michèle is always thinking ahead of what – and who – comes next, and she has a message to all young activists out there:

“I ask them to love what they do, to work to develop themselves, to learn to share, to support each other and above all to value others and to put themselves together. We are always better together. Journeys are only moments to share what we have, and what we have must be made available to our community.”

All photos are shared by Michèle Okala. 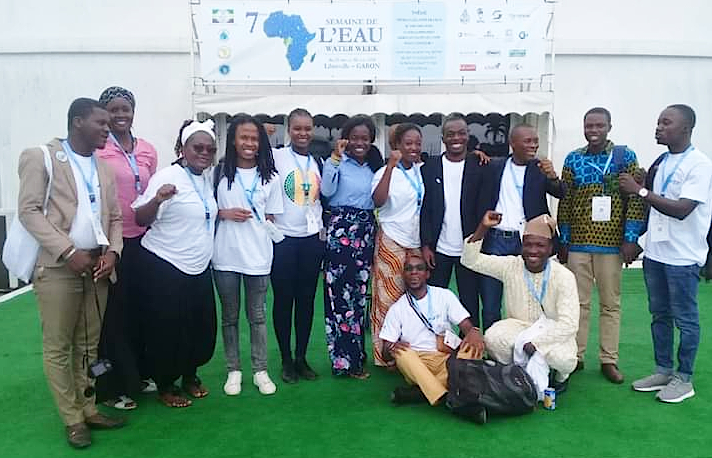 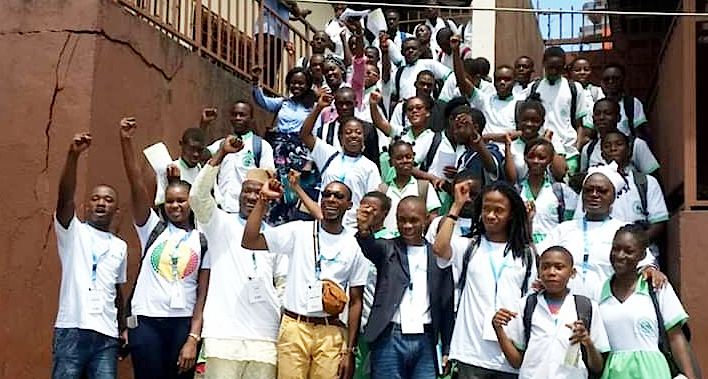 Side event at a school in Gabon 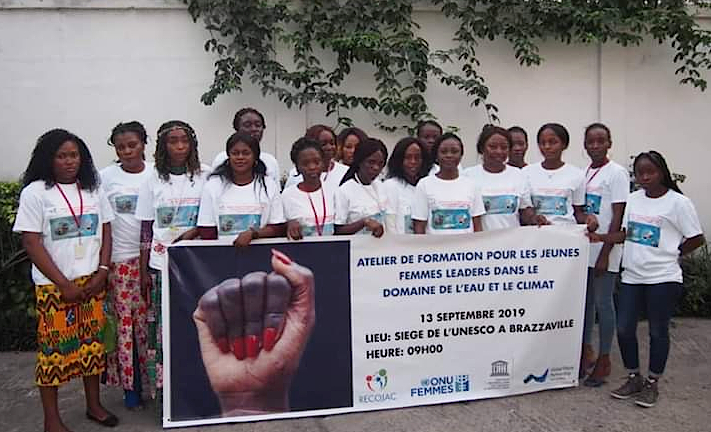 Workshop on women leadership in Congo 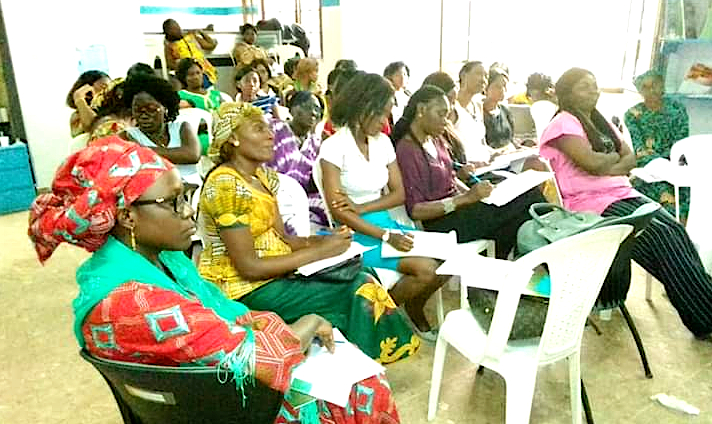 Workshop on women leadership in Cameroon 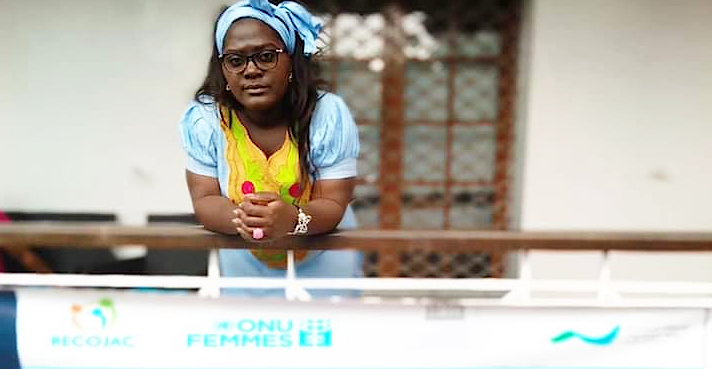