GWP representatives from Stockholm were specially invited to participate through an initiative by our partners of the upcoming Country Water Partnership of Turkmenistan. This event was regarded as a strategic opportunity for introducing how IWRM can be a helpful mechanism in a concrete project.

The “Golden Age Turkmen Lake” is a ten year old project that was completed in July 2009. The objective of this project is to reuse drainage water from large-scale irrigation plus wastewater from unspecified sources (industrial, domestic) in Turkmenistan and partly from Uzbekistan in a large, constructed lake (up to 2000 km2 when in full operation).

The regional aspect goes back to the old diversion of about 1/3 of the Aral Sea Basin biggest river AmuDarya through the Karakum Canal, built in 1953, when the region was part of the Soviet Union. Today with large scale irrigation in place and over 90% of the AmuDarya water used up for irrigation of agricultural products (mainly cotton – today cotton is covering only 30% of total irrigated area) in three of the five Central Asian countries. This has resulted in an ecological disaster where the Aral Sea was dried up. To this come the tranboundary problems in how to share and use the water effectively.

The conference was organised by the President and convened by the Minister of Water Resources. It gathered 103 (approx. 10% women) participants by invitation from 23 countries from sectors of science (mainly ecology), agriculture, water resources, environment, international organisations, such as UNESCO, UNEP, UNECE, Ramsar Convention, international donors UNDP-GEF, GTZ, the Caspian Environmental Programme, Birds International.

There was a strong coverage of the Conference by national media with four TV Channels.

The scientific conference mainly dealt with opportunities for the reuse of the nutrient rich drainage water stored in the constructed lake. Ecologists talked about biodiversity increase, bird migration areas and wetland opportunities. Experiences were shared by Turkmen and foreign experts on how to use salt tolerant plants and trees (halophytes) to help make use of salty drainage water. The project is seen as way to make the Karakum desert, the biggest Asian desert, a productive ecosystem for farming of fish, sheep and camels. UNESCO pointed out rationales to turn the desert into an attractive “open ecosystem” for nature protection and how it can be integrated with human activities as farming and tourism.

There is still a question whether the water is safe in terms of hazardous chemicals as was indicated by UNEP and Uzbekistan Academy of Sciences’ Institute of Water Problems .

Hydrological aspects with impact on groundwater were presented by the Russian Academy of Sciences. It was not clear whether the lake will have an outlet, and how mass balances of salt and water will be managed. Can it become a new “Dead Sea” with a continuous accumulation of salt? Can water be diverted back to AmuDarya River after treatment in wetlands?

The project was presented in the political context how the Turkmenistan president and the Turkmen people through the Turkmen Lake project will create welfare in the country, improve environment and help the Central Asian Region to solve its problem of polluted drainage water through reuse of the lake water.

This was a one-way communication event with 26 presentations given in 1.5 day, i.e. with no space given for comments or questions from the participants. Three of the presenters were women, incl. GWP.

On the second day a study visit to the Turkmen Lake was organised under personal leadership of the Minister of Water Resources with 20 special invited participants, among them GWP (Bjorn). The Golden Age Turkmen Lake is situated in NW Turkmenistan in remote Karakum Desert about 500 km from the Capital Ashgabat. It took us a full day to make a visit of the site of the Lake inlet from a 720 km main collector canal through the whole country. The study visit gave experts a better understanding of the physical conditions, brought us closer together and opened up for contacts with the Turkmenistan Government.

Parallel the second day of the conference continued with remaining 80 participants. In case of GWP, we were not in the official programme. Fortunately we managed to convince the Minister for a slot on the second day.

GWP pointed out how this project is an opportunity for cooperation to make the Turkmen Lake project a success for all involved countries and stakeholders through an IWRM approach, where GWP is ready to assist at global, regional and country levels.

From GWP side contributions were given:

This was an important step for GWP to get better acceptance by the Turkmenistan Government. GWP can help to turn a regional controversy about the Turkmen Lake between involved countries into cooperation. The next step is to assist our Turkmen focal points to establish GWP Turkmenistan.

A major side effect was a firm request to GWP by Iran through the Advisor to Deputy Minister Water and Wastewater Affairs of Ministry of Energy, Mr. Bahram Nezamolmolki, to help introduce IWRM and to co-convene a conference water security and climate change. 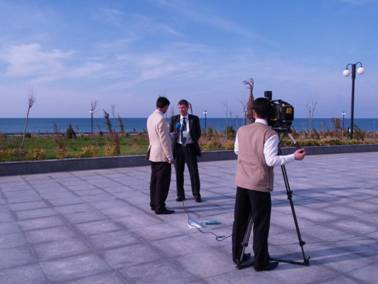 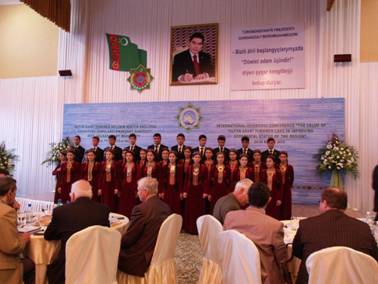 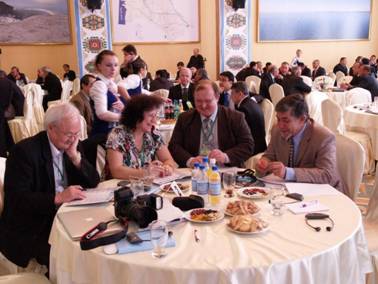 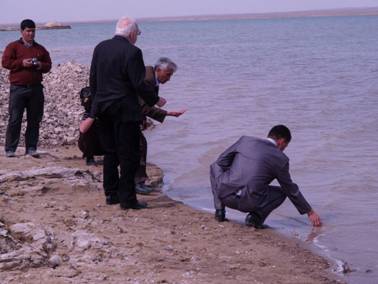 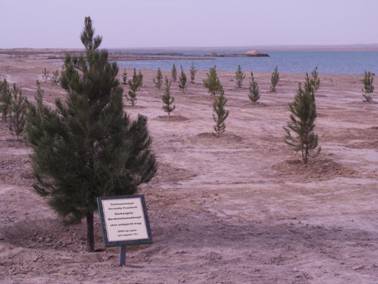 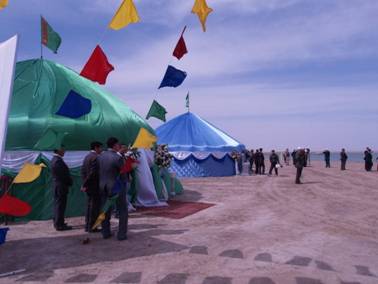