Ensuring safe water and sanitation for remote villages in Bhutan

GWP Bhutan (Bhutan Water Partnership) with the financial support of Bhutan Foundation have restored water supply to a nunnery and established rainwater harvesting systems at 10 households in Paro, Bhutan.

Pema Chopheling Monastery at Kikhar Village, Zhemgang (District), Paro is currently sheltering 53 nuns and elderly orphans. There are about 15 youth, 7 elderly and 3 differently abled nuns residing at this premises. Annually, the nunnery receives more than 100 applications requesting accommodation facilities, and the Head Abbot of the monastery has decided to increase the admissions to 100 from 2022. 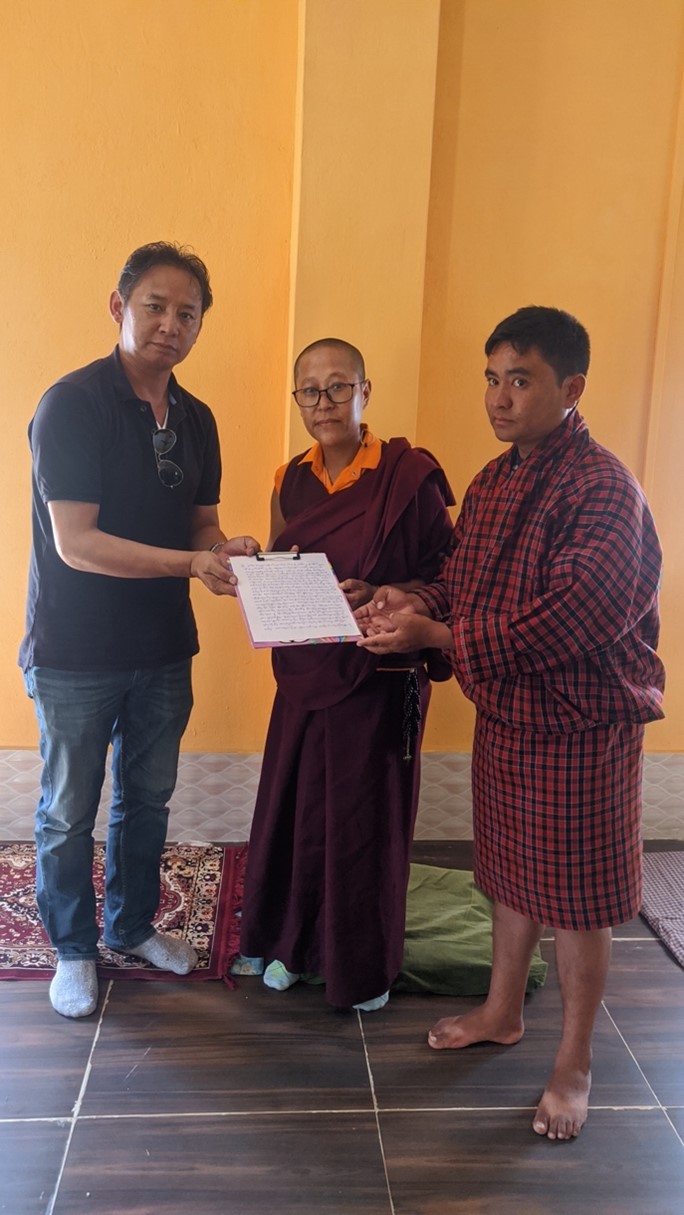 GWP Bhutan visited the monastery in early 2021 and have observed that although there are several water sources, the community does not have uninterrupted access to water within the premises. The water storage tank of the nunnery was worn out and there were leakages in pipelines resulted water wastage and interruption in water supply due to breakages. The residents could not secure safe water for drinking, cooking and for hygiene and nuns used to go fetch water from the nearby irrigation channel. It was observed, the nuns catch up with water borne diseases frequently.

GWP Bhutan with the financial support of Bhutan Foundation have extended their support to the Pema Chopheling Nunnery to develop infrastructure to store water and renovated the internal connecting pipes that supply water for cooking, washing and bathing for nuns. The local contractor who was outsourced was also contributed to this worthy course from his own resources. The completed project was handed over to the nuns on 15 October 2021 that provides continues supply of water to the residents. Furthermore, GWP Bhutan sensitised the nuns and additional 30 local community members on water resources management, managing new infrastructure and on water, sanitation and hygiene (WASH) as healthy living tips later to ensure the sustainability of the project. 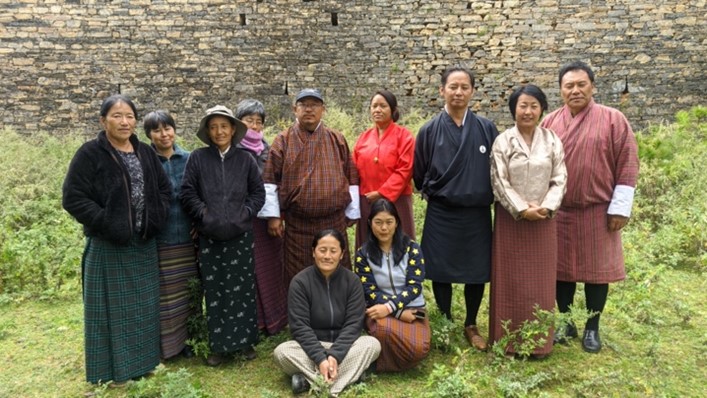 The second project was conducted in Chupjakha Village, Hungrel Gewog in Paro where 10 households with 85 members were challenged with severe water shortage around the year. In addition, there is no appropriate water source available at the village. The villagers were relying on a modest marshland as their water source which was dried up maybe due to the impact of climate change or other human interventions. The acute water shortage impacted on supply of water for drinking and sanitation of community. The small-scale farming also have badly affected and the farmers have transformed their farming practices to dry crop cultivation and more than 30 acres of land were left fallow. The trend of abandoning agricultural lands and low profits directly influenced rural to urban migration in the village. The current water source which is located several kilometers away from the village is not reliable as the pipelines get often damaged either by heavy runoff rainwater or being trampled by cattle. The villages experienced days without water for their household as well as for agriculture. Surprisingly, the GWP Bhutan team observed that the village receive adequate rainfall during monsoons and the households use traditional methods to collect water during the rainy season. The water collection was bare minimum and could not meet their water demand.

GWP Bhutan with collaboration of Bhutan Foundation and a women’s group in the village installed rainwater harvest infrastructure in ten houses and handed over the facility on 23 October 2021 to the community. The muti-stakeholder approach that involved the technical expertise of the Gewog/District, labour for installation from the community, coordination by the women’s group have further strengthen and expedite the construction work. The GWP Bhutan Chair, especially acknowledged the Women’s Group during the handing over, for their interest on this simple technology intervention, that could bring a drastic change in people’s life.

Towards the end of the project, the villagers were sensitised on water resources 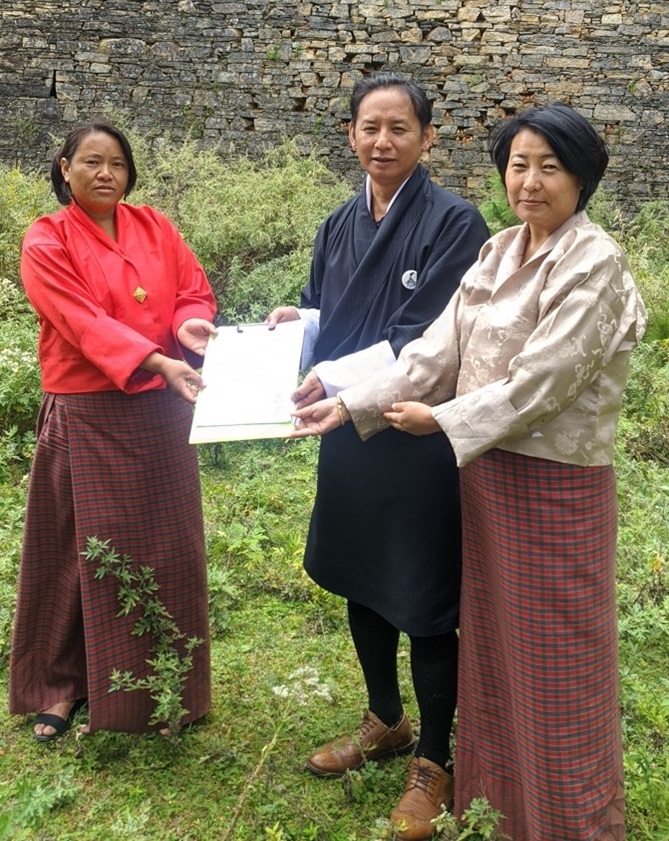 management and WASH and a few selected farmers were trained on to maintain and repair the infrastructure.

GWP Bhutan Steering Committee Members had monitored the project implementation throughout the project and provided technical support where appropriate. The funding worth of US$ 11,500 provided by Bhutan Foundation and the continues support received by the community have driven the projects to success. The Team also experienced few challenges during implementation such as, the constructions in Kikhar project was delayed due to heavy rains and the unexpected price hikes and delays in procurement during Pandemic. 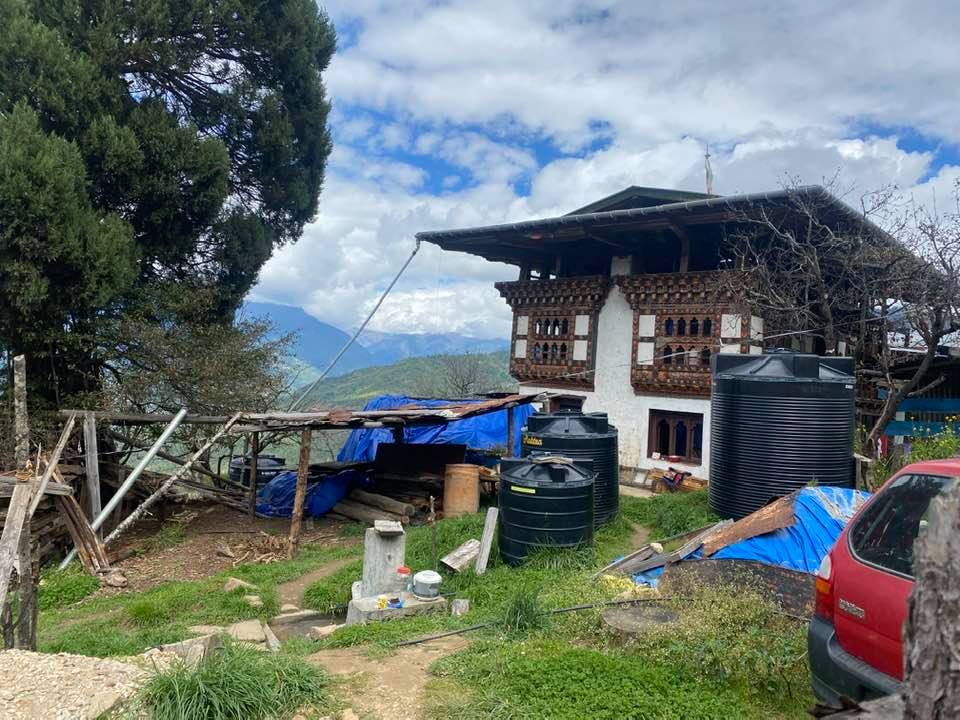 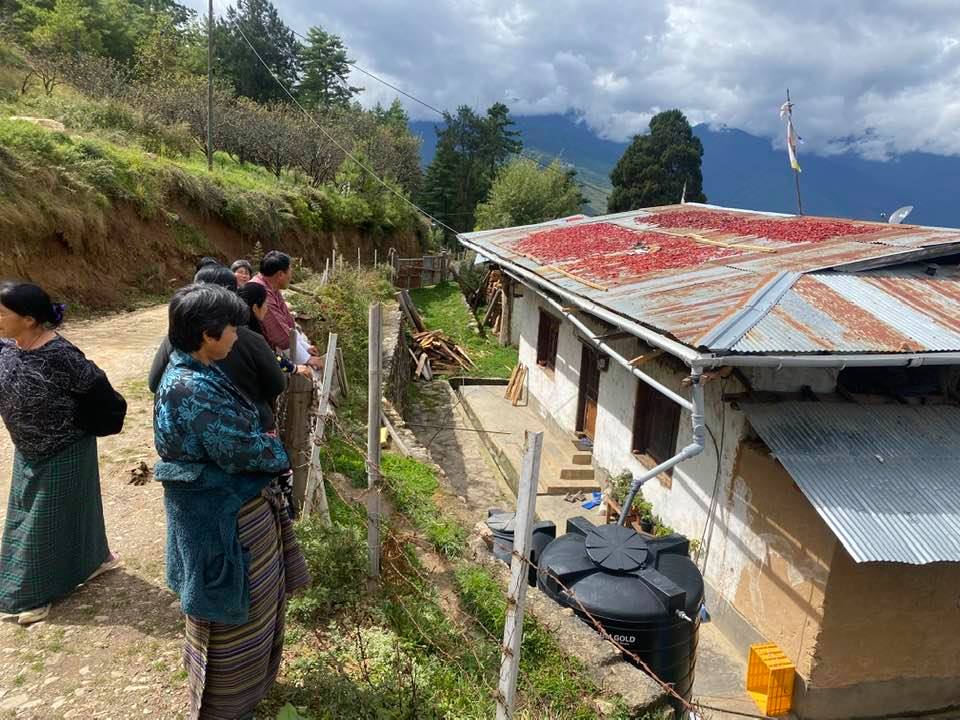 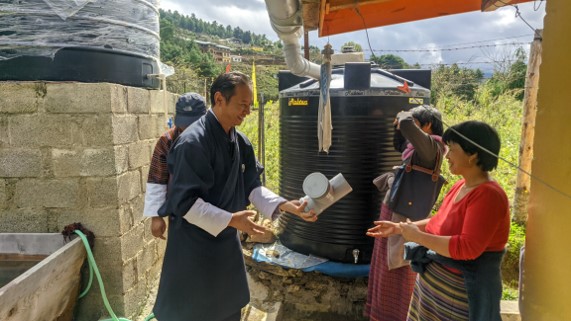