GWP Bulgaria organized the third National Consultation Dialogue on Drought during the World Water Day celebrations on 22 March 2016 in Sofia.

In Bulgaria traditionally GWP Bulgaria co-organises the World Water Day national celebration together with the Ministry of Environment and Water, Scientific-Technical Union of Water Affairs (STUWA) and other GWP Partners. This year, the celebration took place on 22 March at the Scientific-Technical House and 24 March at the University of Architecture, Civil Engineering and Geodesy (UACG).

As part of the event GWP Bulgaria conducted the Third national consultation dialogue on drought in the frame of the Intergrated Drought Management Programme in Central and Eastern Europe (IDMP CEE). The participants were representing different sectors – ministries, public and private sector, institutes, unversities, NGOs, media and stakeholders. Galia Bardarska of GWP Bulgaria presented one of the publications, developed during the IDMP CEE – the Drought Management Guidelines. During the discussions and in the survey the participants supported the development of a Drought management plan according to the suggested seven steps within the frame of the River Basin Management Plans. The experts also discussed the need for a drought committee and the possible implementation of some measures featured in the Drought Management Guidelines.

It was acknowledged that there is need to have new structures in the country to effectively address the challenges of the climate change. It was also pointed out that more active collaboration among sectors is essential for a sustainable management of the water resources.

Another final product of IDMP was presented as well - the Guidelines on Small water retention measures. Experts concluded that the water resource management problems are never purely national; they involve and require transboundary cooperation. Several good practices and concrete examples of small water retention measures from Hungary, Poland, Slovakia and Slovenia are collected in the Case Studies and the participants considered the publication to be of a great help to other countries.

There was a lively discussion on the presented project on a new irrigation strategy in Bulgaria – hydro melioration, supported by the World Bank, which is based on old irrigation standards. Other experts suggested a new normative base for irrigation in accordance with the new drought tendencies – up to 30-40 mm increase of evapotranspiration in the agricultural regions. These means there is a clear need of increase in the irrigation norm in order to address the changing climate in Bulgaria

Download the Guidelines for Preparation of the Drought Management Plans.

Engage with us at: 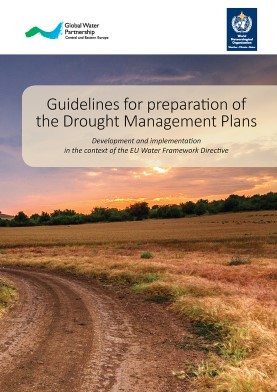 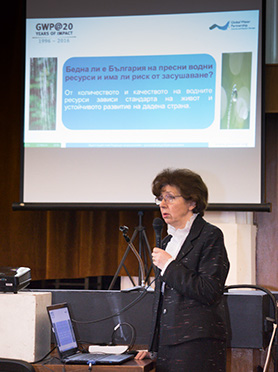