The Pan Asia group is consisted of four GWP Regional Water Partnerships (RWPs) in Asia, namely: GWP China, GWP Central Asia and Caucasus (CACENA), GWP South Asia and GWP South East Asia. Since this was the fourth Pan Asia meeting, a recap on the three previously held Pan Asia workshops was conducted, to further discuss how the outputs from previous workshops could be followed up and incorporate in the new Pan Asia WACDEP Strategy Document. The themes discussed at the earlier workshops include flood, urbanization and transboundary.

Regional presentations on status and the progress of regional WACDEPs were conduced by each region. An Overview of Climate Financing, potential donors and strategic partners were discussed by Mr Simalabwi followed by a presentation by Prof You on China’s “One Belt One Route” initiative and a discussion on Pan Asia’s potentials of developing ties with Lancang-Mekong Cooperation. Mr Walmsly’s presentation on the Pan Asia WACDEP initiative and documentation directed the participants to discuss what the key demand across Pan Asia that needs to be addressed through the initiative.

On the second day, the group was mainly focussing on the draft Pan Asia Programme Strategy Document 2017-2019 and have reviewed the draft compiled by HR Wallingford. Towards the end of the porgramme, the regions started reviewing their current Regional WACDEP document 2018-2019 to identify the activities which can be linked up to the Pan Asia Strategy Documents which can be later translated to project proposals

The Pan Asia WACDEP aims to support regions and countries in Asia on the implementation of global and regional commitments under and the Paris Climate Agreement and the Sustainable Development Goals (SDGs). More specifically the programme aims to support countries on the implementation of water and adaptation related priorities under the National Adaptation Plans (NAPs) and the Nationally Determined Contributions (NDCs). 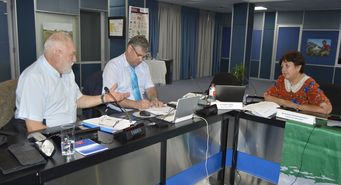 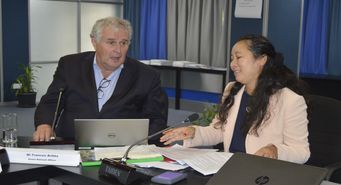 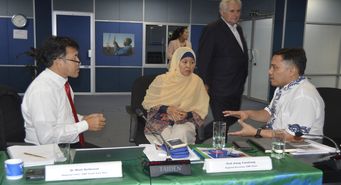 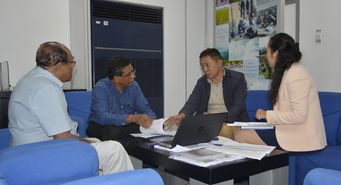 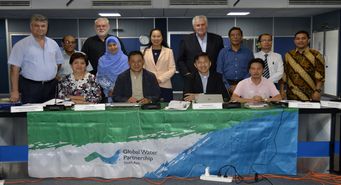