In 2021, the Global Water Partnership-Caribbean (GWP-C) launched its first-ever children’s book titled “Saving Water: The Journey of Two Caribbean Kids to Understanding Water Security” –which is currently available on Amazon in both kindle (e-book) and paperback versions.

Though the book is generally targeted at children between the ages of 9 – 12 years old, it takes children or any reader, on an educational adventure. The book follows the main characters, 10-year old twins Janelle and Joel from Grenada and their parents, as they journey to fifteen (15) Caribbean countries to observe their main water issues and possible solutions, with the twins being empowered to become Water Changemakers.

The book is co-authored by GWP-C and Grenadian author and artist Kwamina Brizan-Arnaud, who also did the brilliant illustrations in the publication. 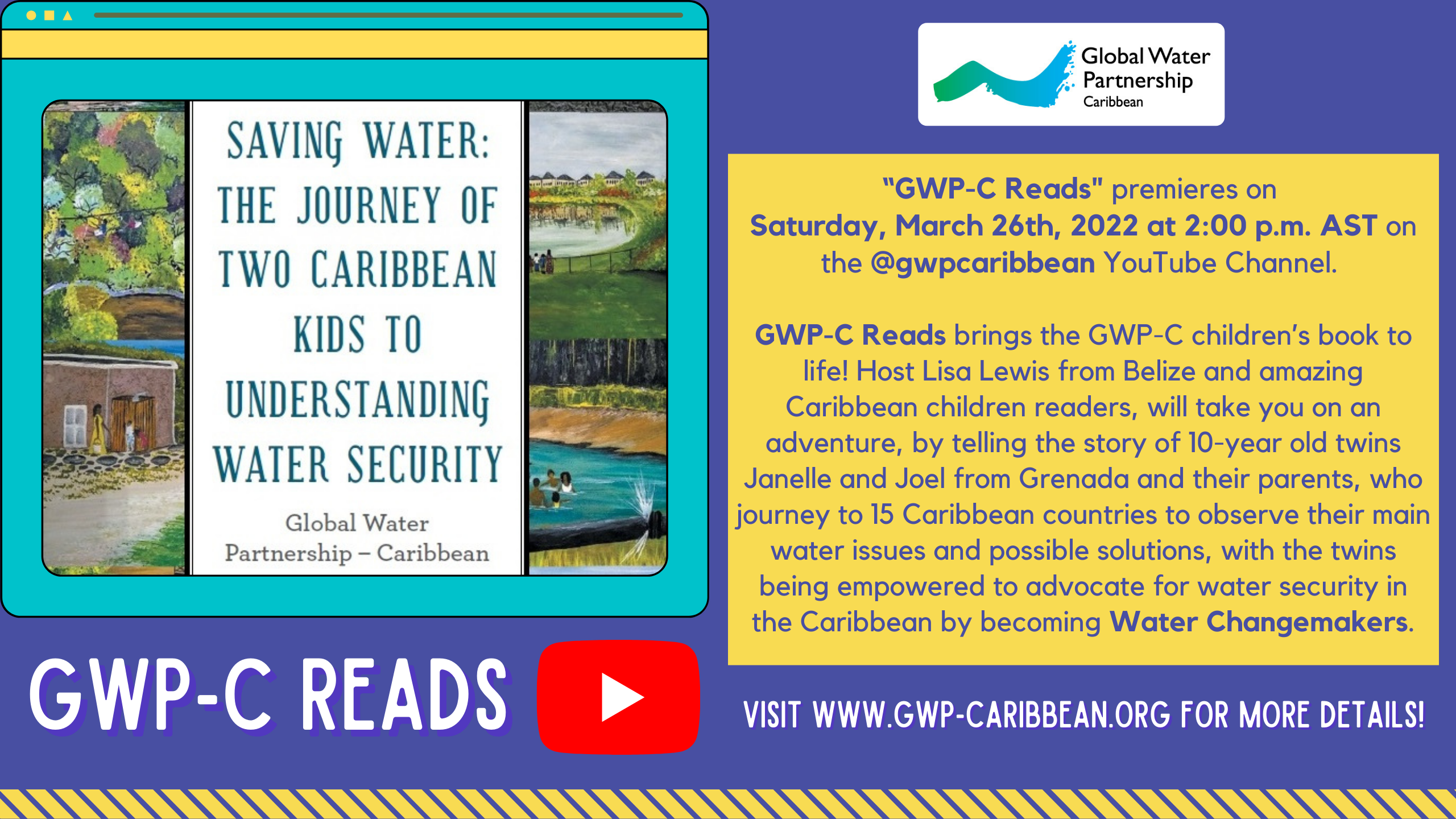 GWP-C Reads brings the unique educational book about Caribbean water security to life, with the help of Host Lisa Lewis from Belize and amazing children readers from the 15 Caribbean countries in the book!

Below are the fifteen (15) CARICOM countries featured in the book and the children readers from these countries who are featured in GWP-C Reads:

GWP-C’s children’s book on which GWP-C Reads is based is the first of its kind for GWP-C and possibly one of the only existing books available on Amazon that focuses specifically on Caribbean water security and empowering Caribbean kids (and all kids) to become Water Changemakers! GWP-C hopes to inspire children in general and readers to understand and have greater awareness about the importance of water security.

Take the GWP-C Reads Trivia during the Premiere and Win!

GWP-C Reads premieres on Saturday, March 26th, 2022 at 2:00 p.m. on GWP-C's YouTube Channel. During the premiere, viewers will have a chance to enter the GWP-C Reads Trivia to win the kindle version of the GWP-C children’s book. GWP-C will be giving away 15 kindle versions of the book.

How to Play the GWP-C Reads Trivia and Win

The link to the GWP-C Reads trivia questions will be posted on the day of the premiere. 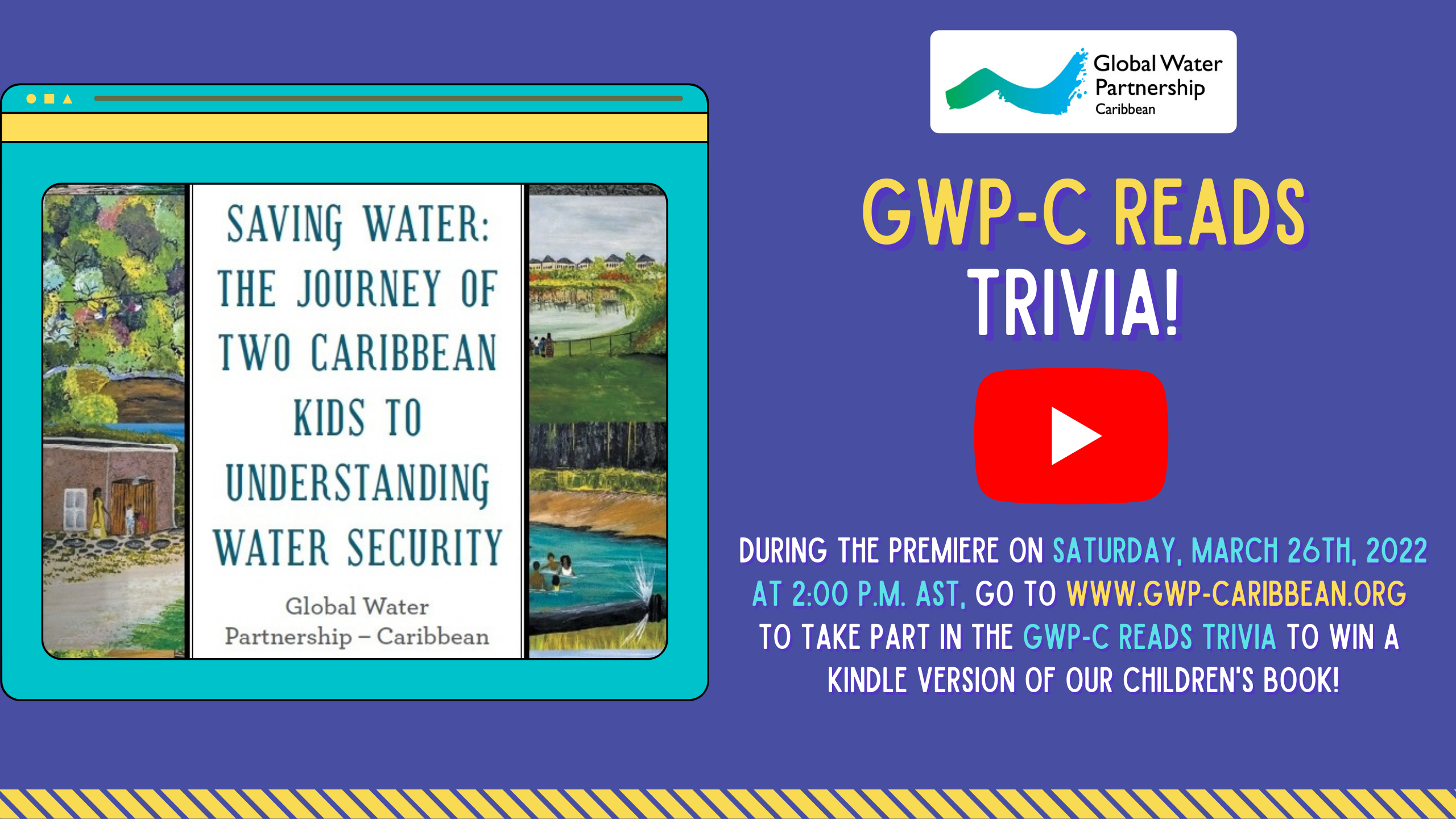 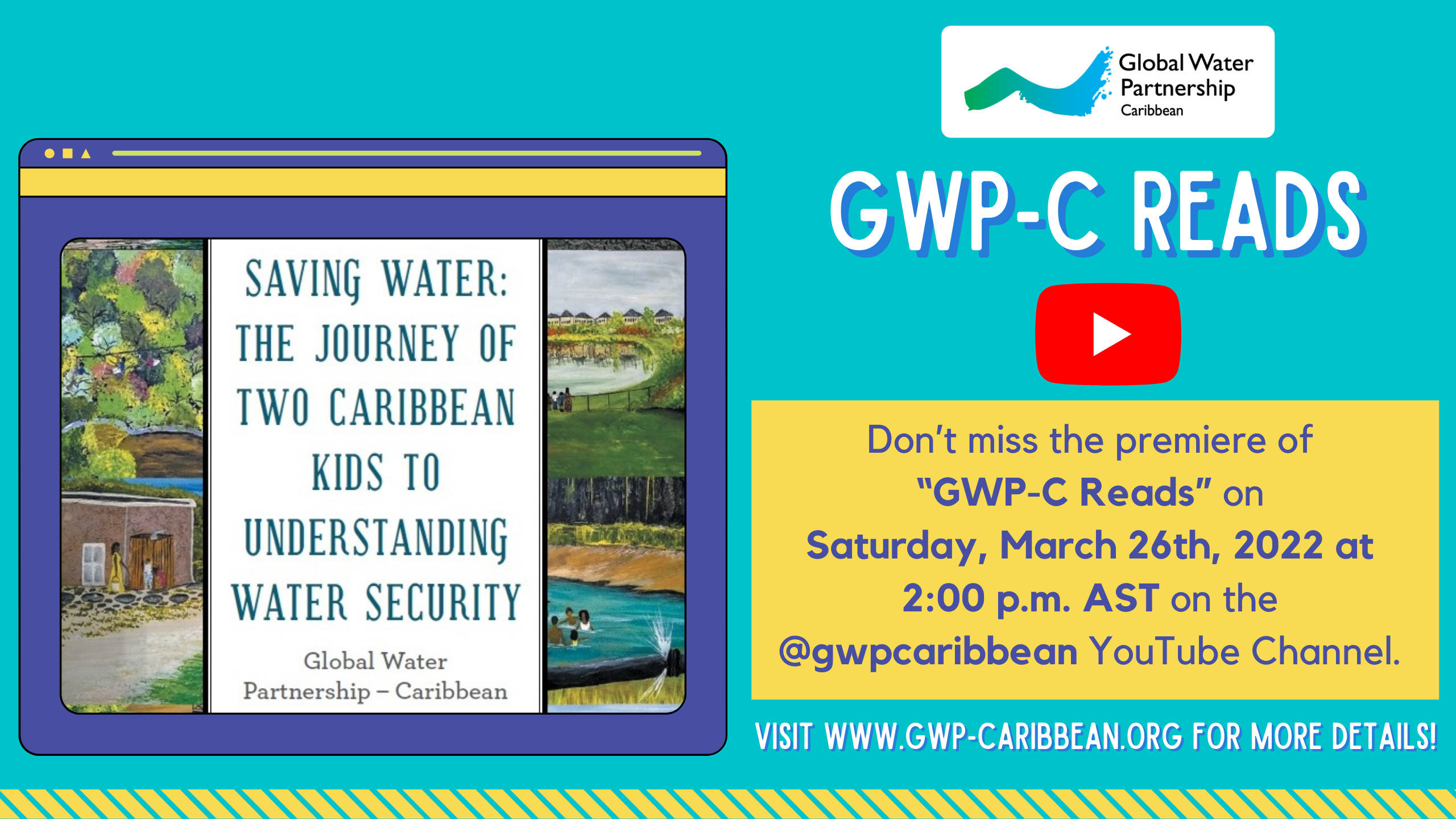