Lake Ohrid: the new member of the Ramsar family of Wetlands of International Importance

A 5-million year old lake at the heart of the Western Balkans, which combines historical monuments and ecological treasures and is home to more than 300 endemic species, and with over 130,000 people living along its shores, Lake Ohrid is definitely a natural treasure worth protecting.

In recognition of its unique value, the lake has just been set to become a Wetland of International Importance under the Ramsar Convention. At the same time, the recently adopted Lake Ohrid Watershed Management Plan, the second transboundary plan in the Western Balkans in accordance with the EU Water Framework Directive, comprises more than 100 concrete measures aiming to protect its natural resources.

With a maximum depth of 290 meters, straddling the mountainous region between the southwest part of North Macedonia and the eastern part of Albania, Lake Ohrid is one of the oldest and deepest lakes in Europe. It is located at an altitude of 693 meters above sea level  and covers an area of 358 km2. The hydrological regime of the lake is dominated by inflow of water from the nearby Lake Prespa via karstic aquifers, while the outflow occurs through the Black Drin river in the town of Struga. 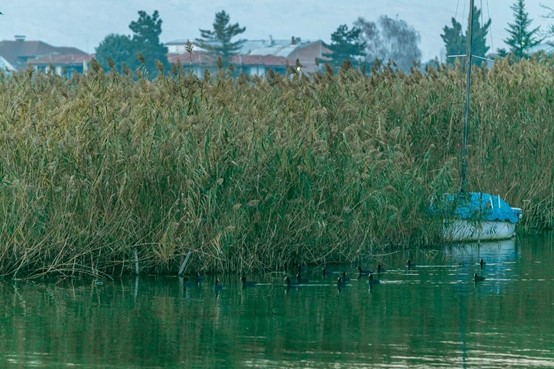 A unique aquatic ecosystem that supports lives and economies

With an estimated age of 2 to 5 million years, Lake Ohrid is a deep, calcium bicarbonate-dominated, oligotrophic lake that represents a unique aquatic ecosystem. Of the 1,200 registered animal species in the lake, 212 are considered endemic. The importance of the lake is further emphasized with its declaration as a World Heritage Site by UNESCO in 1979 (North Macedonia part) and 2019 (Albania part). 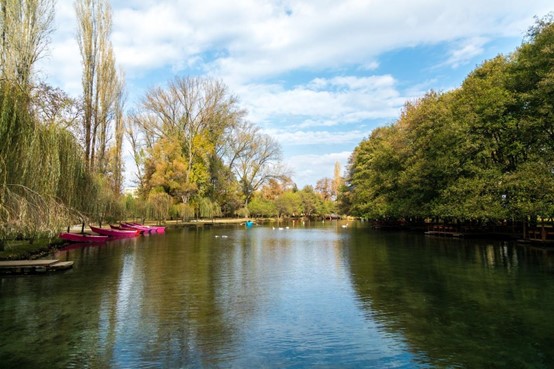 Nearly 131,000 people live directly on the lake’s shoreline and, with all its amenities and values, the lake sustains economic activities such as fishing, agriculture, hydropower and tourism. In fact, t     ourism is one of the key activities in the region, making Lake Ohrid the most important tourism center of North Macedonia. 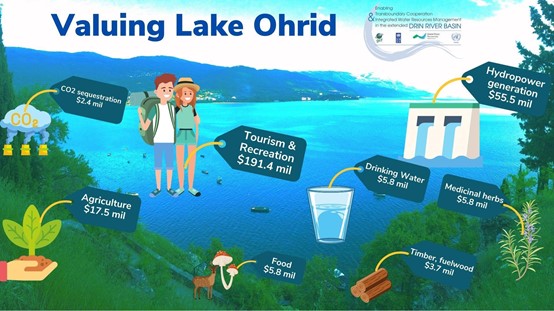 The Valuation of Ecosystems Services of Lake Ohrid was one of the key documents that informed the Lake Ohrid Watershed Management Plan. For more information, click here.

Years of efforts to protect the Lake and its unique treasures

For nearly twenty years, there have been several efforts and agreements to protect the Lake and its unique characteristics. On July 17 2004, the countries sharing the Lake Ohrid watershed signed an "Agreement between the Council of ministers of the Republic of Albania and the Government of the Republic of North Macedonia for the sustainable development of Lake Ohrid and its watershed", which was ratified by parliaments of both countries in 2005. The Agreementstipulated that both sides are “Conscious of the need for a holistic approach to protecting water quality and conservation of the integrity of terrestrial and aquatic ecosystems of the Lake Ohrid Watershed”.[1]  In the framework of the Agreement, according to Article 7, a joint Lake Ohrid Bilateral Committee was established as the first transboundary joint body of its kind in Western Balkans. The Committee functioned smoothly for several years before becoming inoperative, and then became operative again in January 2020, mainly through the GEF Drin Project.

Lake Ohrid’s unique flora, fauna, fragile habitats and ecosystems, as well as the ecosystem services that they provide to society’s well being and economy, face a number of threats. Pressures such as urban development, intensive agriculture, deforestation, illegal waste dumping, overfishing and pollution have caused poor water status, eutrophication, declining fish stocks and habitat destruction. As a result, a number of species, such as the emblematic Ohrid trout are under threat and the benefits that societies enjoy are also compromised.

The missing link for effective protection was the absence of a concrete set of measures, forming a specific plan accepted by both countries that would address in an integrated manner the environmental challenges that the lake is facing . 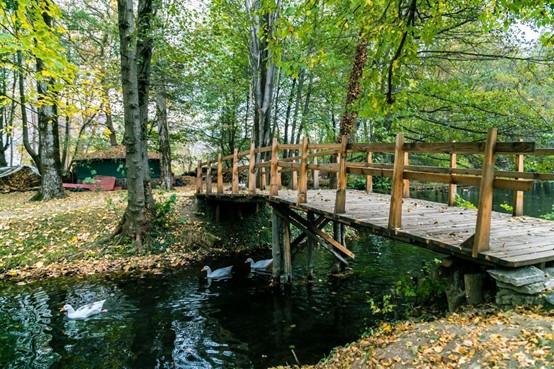 A wooden bridge over the Drilon wetland in Pogradec, Albania. © 2S Studio

The GEF Drin Project “Enabling Transboundary Cooperation and Integrated Water Resources Management in the Extended Drin River Basin”, implemented by UNDP and executed by GWP-Med, set out from the onset of its implementation back in 2016 to develop a transboundary Watershed Management Plan for Lake Ohrid, as one of the project’s pilot interventions.

In 2018, a consultation process began with the engagement of all relevant stakeholders and institutions from Albania and North Macedonia, involving meetings with local government officials and businesses, focus group and expert group meetings as well as national consultation meetings in both countries. A year later, the first surveillance monitoring to cover the total of the lake’s basin was implemented, in order to gather scientific data and assess the ecological status of the Lake, together with an economic analysis and a valuation of its ecosystem services. 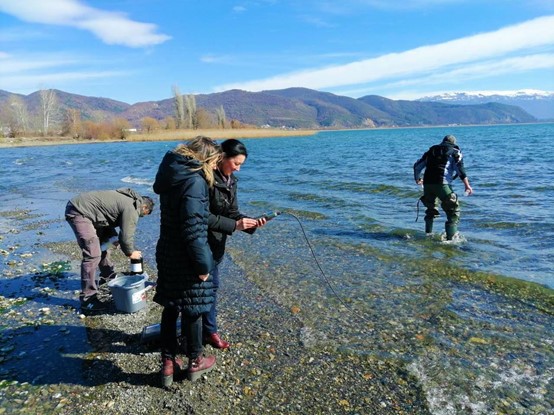 In November 2020, the Lake Ohrid Watershed Management Plan (LOWMP) was approved by the respective authorities of North Macedonia and Albania. The LOWMP aims to enable the sustainable management of Lake Ohrid’s natural resources. Its Programme of Measures includes more than 100 measures designed to prevent further deterioration of water resources and ecosystems, promote sustainable water use, improve water resource and ecosystem quality, and contribute to the mitigation of floods and droughts in the area. It is only the second plan in Southeast Europe developed according to the EU Water Framework Directive. It is in accordance with national legislation and was deliberated by the bilateral Lake Ohrid Watershed Committee, consisting of political representatives from both countries.

The journey for protection will continue

The Programme of Measures that the LOWMP has set out will progressively start being implemented with the support of local stakeholders and authorities, as well as the respective ministries of both North Macedonia and Albania. Two main sets of actions will be initiated with a focus on Nature- based Solutions for water and protection of the remaining wetlands and reed belts in the watershed. 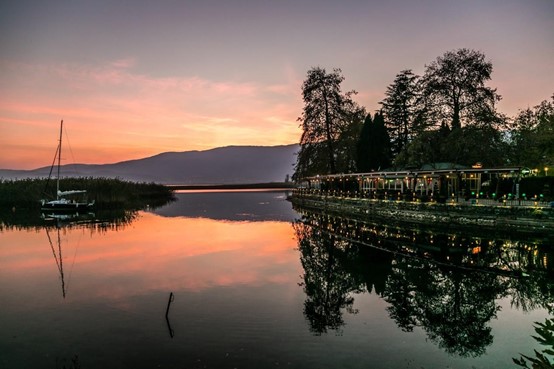 Reed belt next to the outflow of Drin river from the Lake, North Macedonia. © 2S Studio

Above all, the recent designation of Lake Ohrid as a Wetland of international importance provides international recognition of its unique natural value. It is a welcome sign that emboldens current efforts to protect the life, waterbodies, wetlands and water quality of the lake, and the multitude of benefits it provides to thousands of residents and visitors as well as the generations to come. And finally,  the Lake Ohrid Watershed Management Plan will assist in meeting the obligations arising under the Ramsar Convention.