Organised within the framework of the Horizon 2020 REXUS project, whereby GWP-Med is leading the Communication and Dissemination Component, the Pinios field trip laid bare the challenges and opportunities of Greece's most productive agricultural basin.

On 5 and 6 September 2022, the LENSES and REXUS Horizon EU projects joined the Pinios Pilot Field Trip, a historical, geological, hydrological and socio-economic journey to Greece’s agricultural heartland, organised by SWRI.

The field trip brought together experts from more than 9 institutions, including the Water Resources Management Plan Elaboration Consortium, the Hellenic Ministry of Environment and Energy, DELTARES, IRSA, GWP-Med, National Agricultural Center of Jordan (NARC), International Agricultural Research and Education Center (UTAEM), Hellenic Agricultural Organisation (HAO) and WWF Greece, to examine the area’s challenges and current efforts to tackle them through the application of innovative technologies and an integrated Nexus approach to Water Energy Food and Ecosystems management.

Watch the video summary of the field trip:

Τhe 262 km-long Pinios river names the basin which comprises 26 groundwater bodies and 32 river bodies, and forms one of the most productive agricultural basins in Greece. Orchards, cotton, wheat, corn, sunflower, grapes, alfalfa, olives and kiwis are produced here, requiring large amounts of water and energy. According to the majority of studies, in the last 40 years, very high demand of water predominantly for irrigation has contributed to the establishment of a deficient water balance and intensified agriculture along with other productive activities affected water quality. In parallel, to meet high energy demands and address the ever increasing costs, renewable energy sources are on the rise, photovoltaic parks replacing agricultural fields in several areas. The area is also hard hit by the impacts of climate crises, with phenomena of extreme snowfall, storms and medicanes occurring, as well as severe droughts. Pinios, in short, encompasses all the challenges of the WEFE Nexus, in a shifting environment of rapidly advancing climate change. 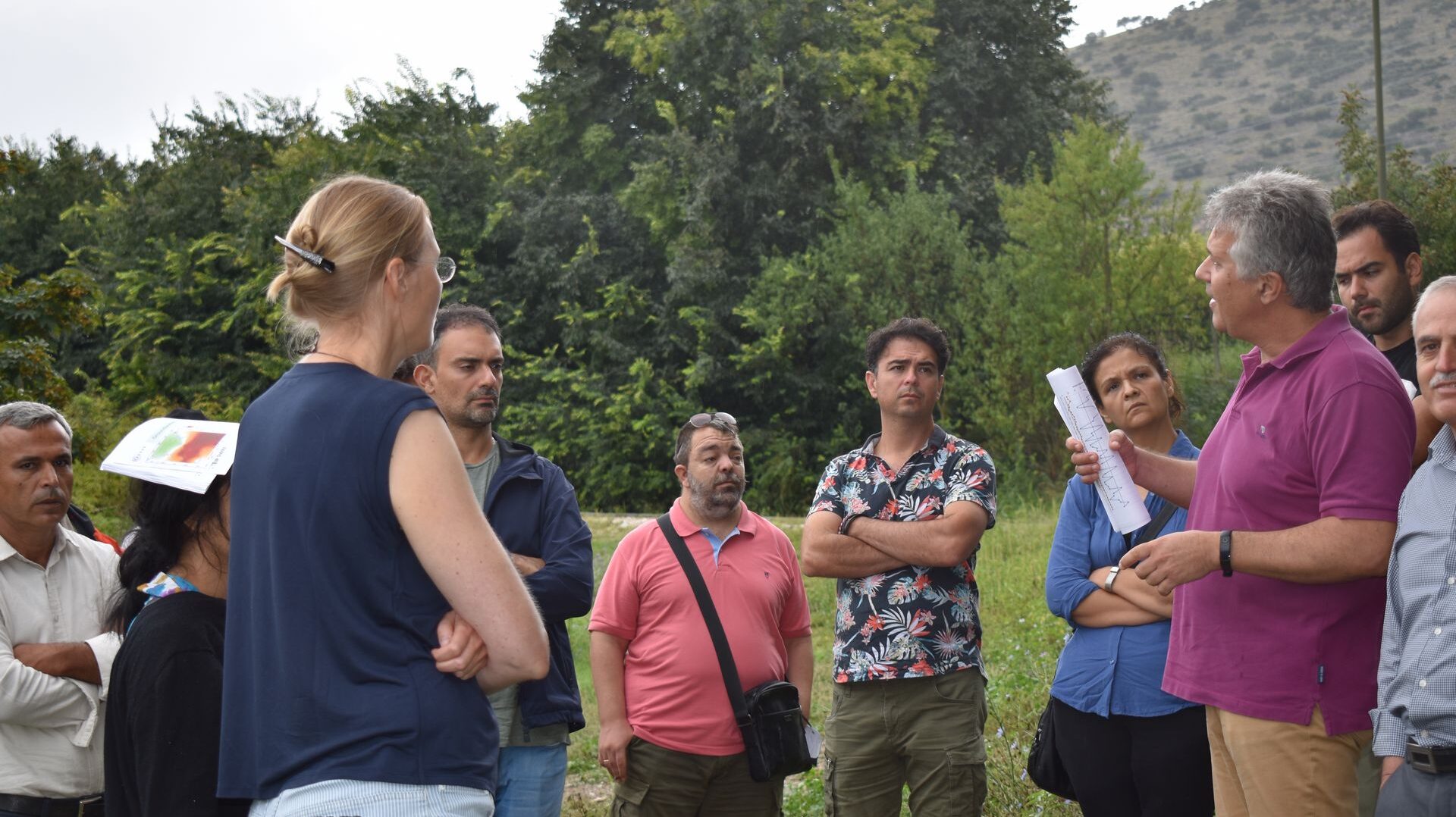 Cross fertilization of the LENSES and REXUS projects. Partners and stakeholders presented their project’s progress, exchanged views and discussed methods applied and lessons learnt from the application of the Nexus approach in their respective pilots.

The Soil and Water Resources Institute-HAO, Pinios pilot leader in the REXUS project, has been coordinating REXUS project’s efforts, to customize and apply innovative technological tools for an integrated management of natural resources, in close collaboration with key local stakeholders.

The field trip included a meeting between REXUS and LENSES partners with local authorities and stakeholders, featuring updates on the progress of their respective projects, and exchanges of views  and experiences on practices and methodologies. True to the project’s philosophy of taking the leap from Nexus thinking to Nexus doing, the field trip concluded with a visit to the facilities of a local apple producer’s cooperative and a pilot apple orchard, where the SWRI team in collaboration with the owner of the field have installed IoT equipment and other instruments for developing and demonstrating irrigation services.

Climate change impacts hard on the basin and irrational land and water management for about 40 years led to excessive deterioration of the valuable soil and water resources, some irreversible, like the extensive subsidence at the SE part of eastern Thessaly basin.  The local economy still suffers the implications of the State’s financial crisis and the recent pandemic. Still, the basin shows potential for recovery due to the very slow but evident efforts of the local communities and the urgent need for adaptation towards resilience, supported by efforts of the regional and central authorities and the scientific community. The way is long and hard, but REXUS is there to support and lead the way to from Nexus Thinking to Nexus doing. 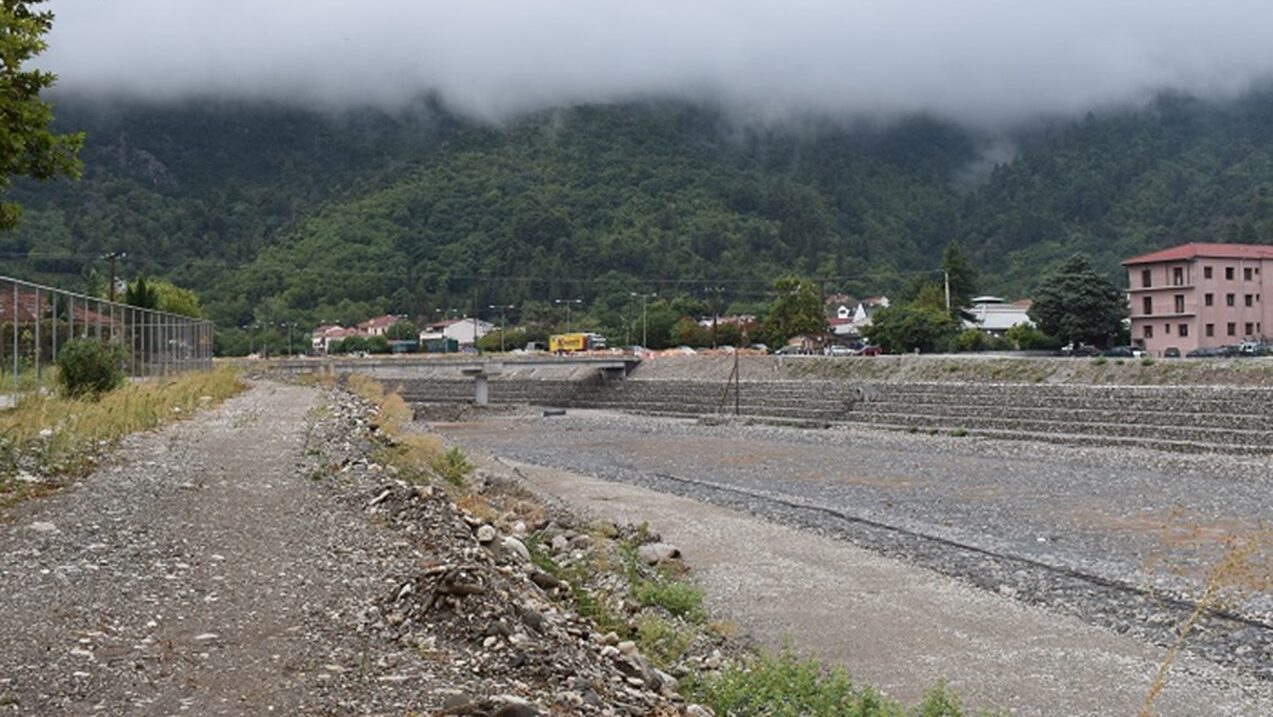 Pinios is particularly sensitive to the impacts of climate change, including severe droughts and floods. In 2020, during the unprecedented flooding following Cyclone Ianos, 4 people lost their lives and severe economic losses were incurred. 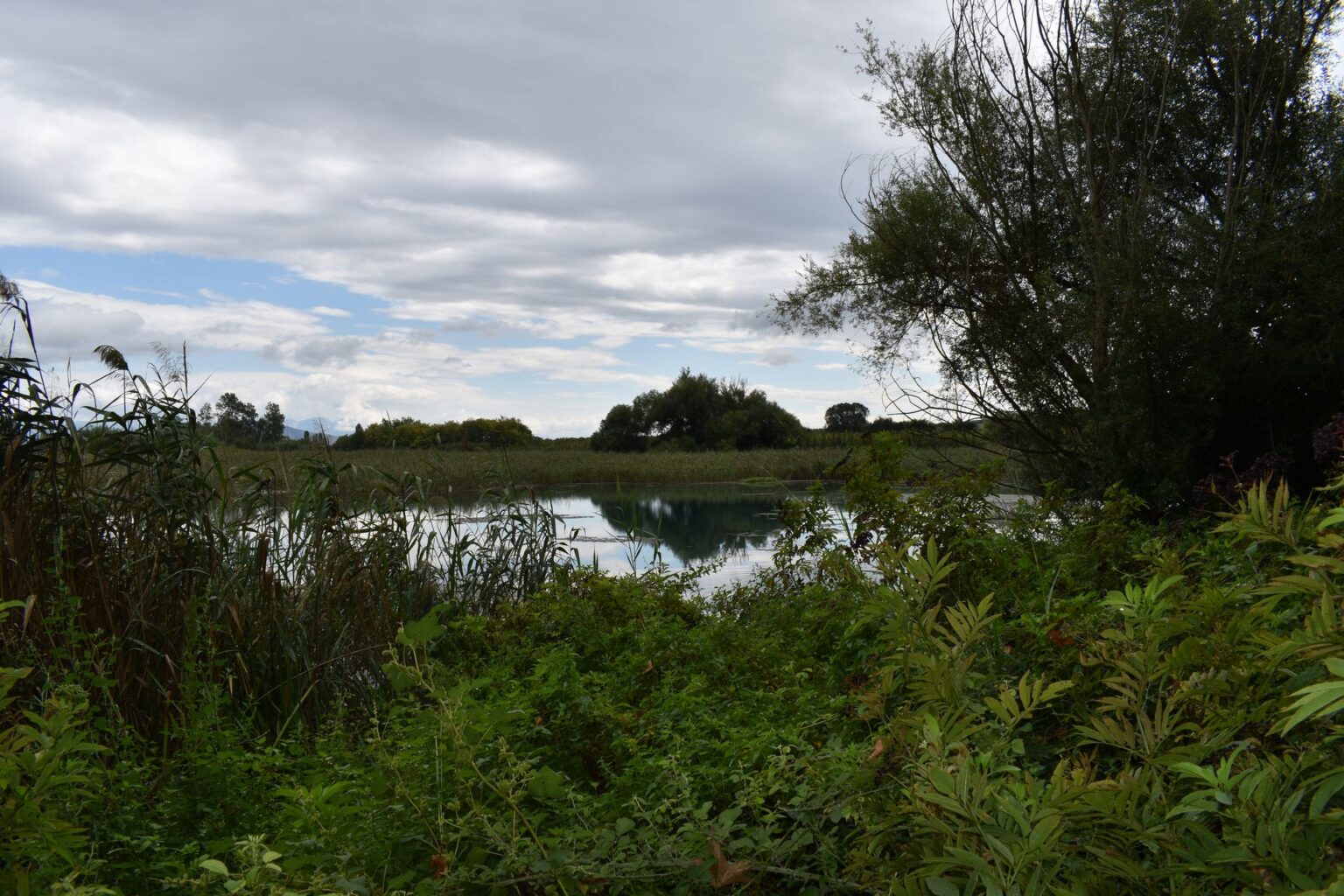 SWRI has been examining the use of unexploited rich water potential of the winter season from the discharges of the Mati Tirnavou springs and has been running climate change scenarios while also contemplating the application of Nature-based Solutions in the area in order to address water scarcity and irrigation needs. 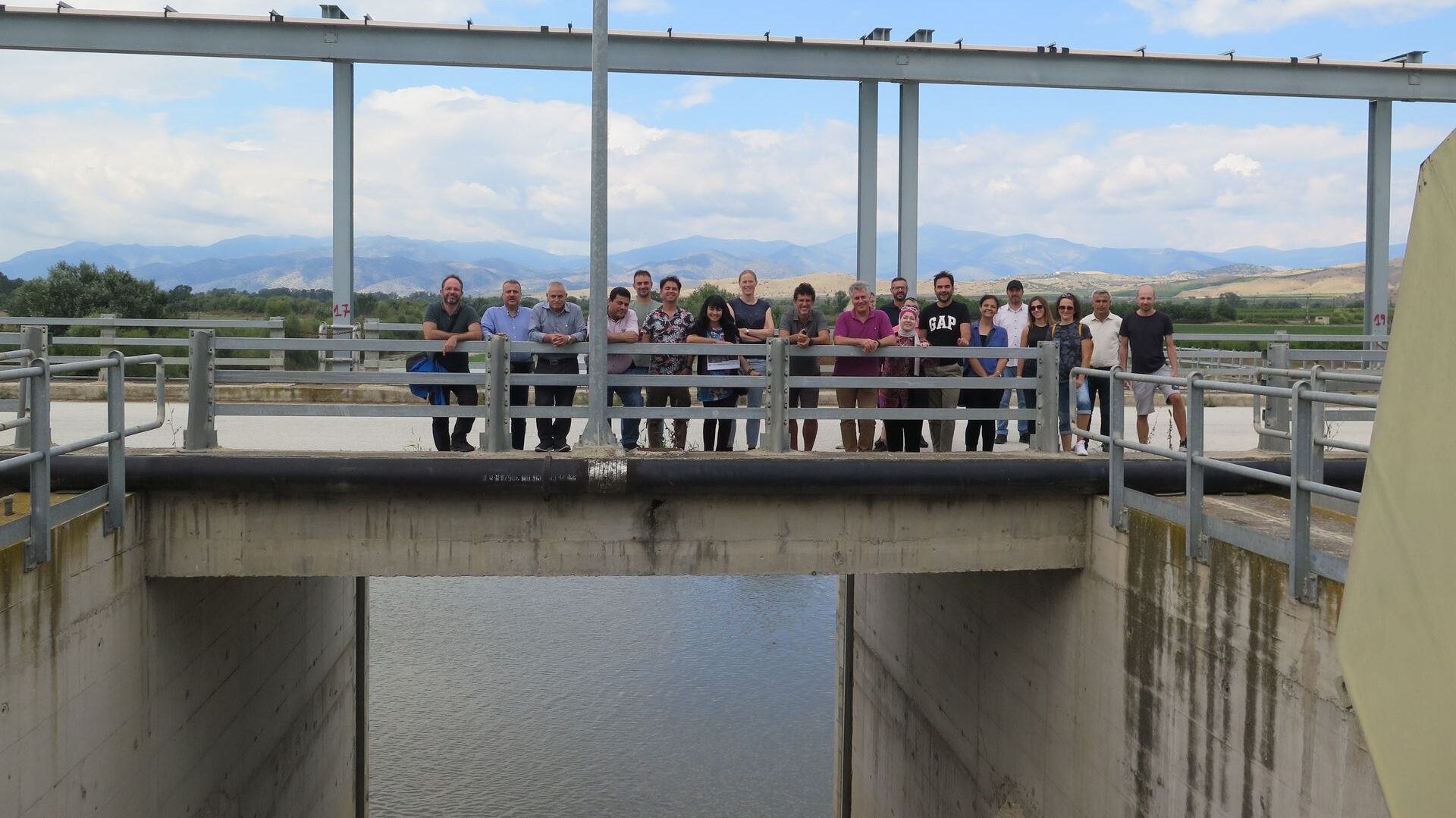 The Girtoni watergate/dam, is estimated to have an annual water supply of 200 hm3 and irrigate an area of 120 km2. It is the main river regulation construction at Pinios river for filling lake Karla and supplying adjacent collective networks.

Lake Karla was drained in 1959, causing immense problems for local communities, economies and ecosystems. Fish stocks collapsed, 450.000 migratory birds lost their habitat, overexploitation of groundwater lead to significant drawdown of groundwater levels that ultimately lead to soil salinization, all farming and dairy productions were highly impacted and the area lost its ecological and aesthetic value. Acknowledging the benefits of restoring lake Karla, the Greek state restored it (1999-2018) and today it is a Natura site, a Ramsar site, and a special protection area for the conservation of wild bird species. The restoration of Lake Karla is probably the largest environmental restoration project in the Balkans. 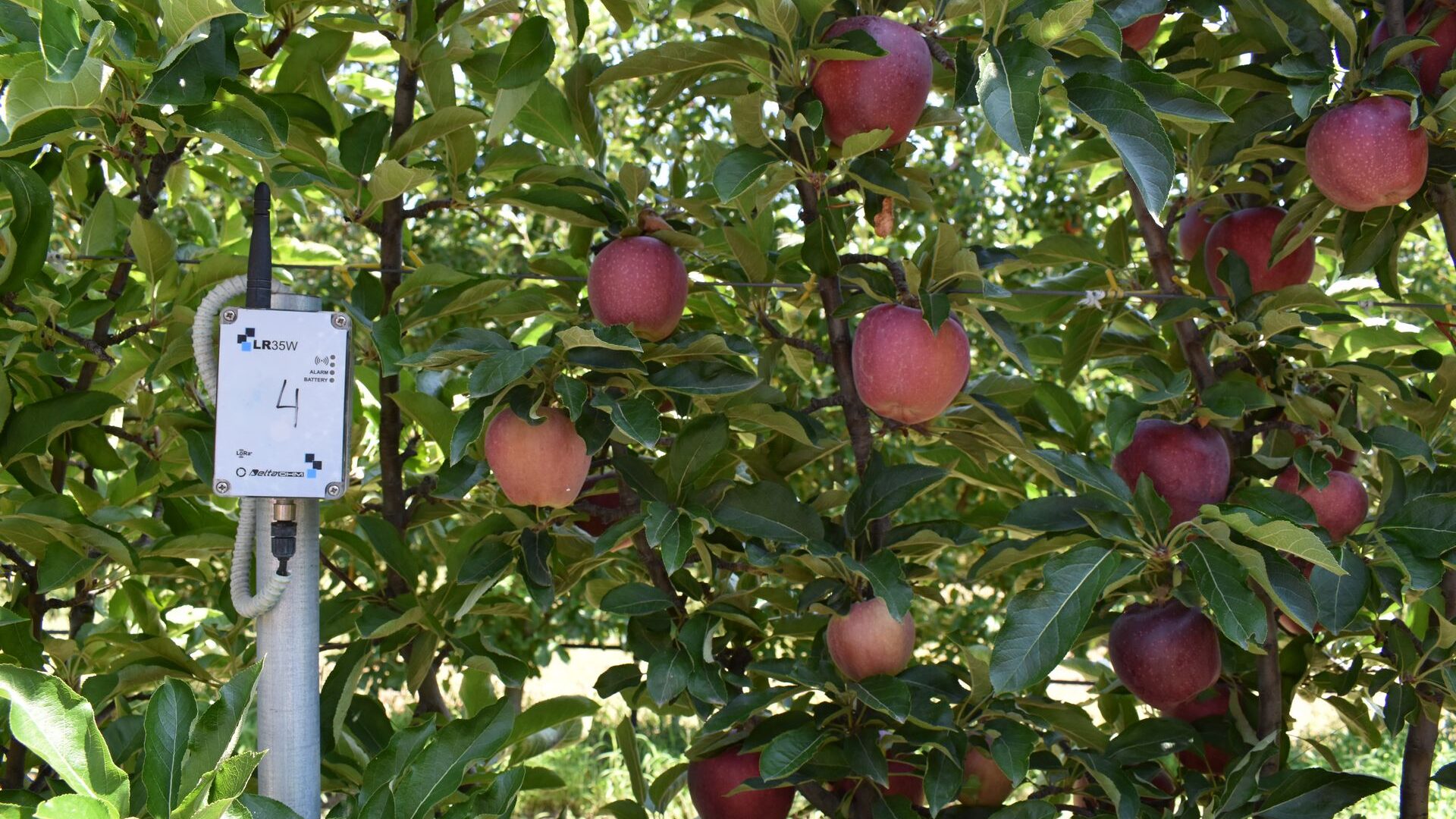 Pilot apple orchards of the Pinios Hydrologic Observatory-ILTER site. SWRI together with the owner of this field have placed instruments for developing and demonstrating irrigation services. 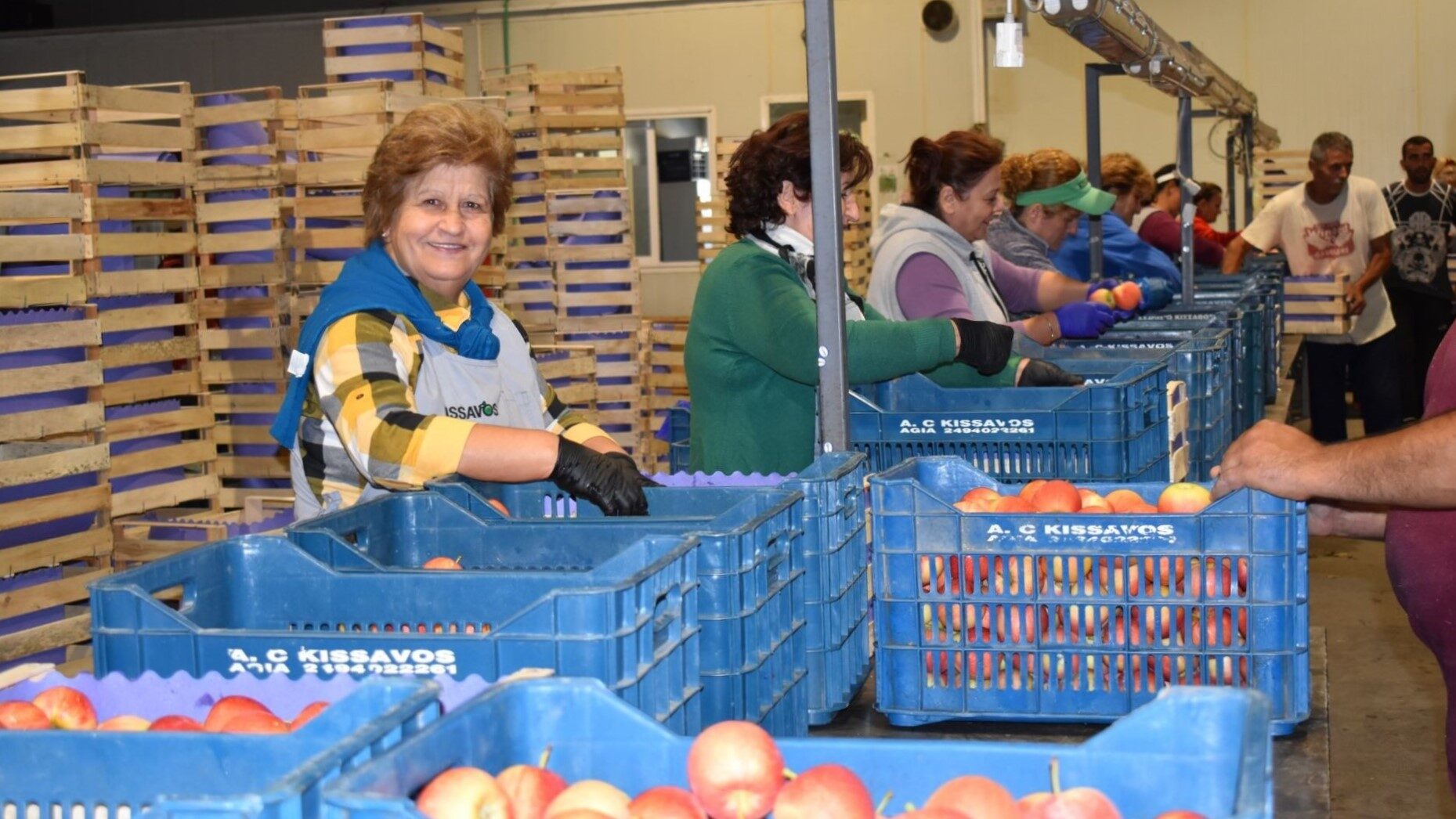