The Drin Basin: a largely unexplored groundwater network indispensable for human lives in the region

Beneath the Drin River basin’s surface water bodies, lies one of the largest karstic areas in the world, comprised of tunnels, porous rocks, valleys and underground caves. The Drin basin’s groundwater system is a fascinating, yet still largely unexplored network, indispensable for human well-being.

Covering a geographical area of 20,361 km2, the Drin River basin is a highly complex hydrological system of interconnected rivers, lakes and wetlands, forming a biodiversity hotspot and invaluable natural resource that sustains the livelihoods of almost 1,6 million residents.

This is the “surface” view. Below ground, where the naked eye can’t see, lies a significant and important groundwater complex system comprised of karst cavities and aquifers with complex groundwater-surface water interaction and interdependency. In fact, 90% of the drinking water for 1,6 million of residents in the Drin River basin is supplied from groundwater sources, an environment still not fully understood.

The Drin’s groundwater network is not a uniform, homogenous and consistent environment. It is comprised of different levels connected through tunnels and cracks. This highly interconnected structure of porous rocks such as limestone, dolomite and gypsum is the main reason for the high permeability that characterizes this network. As a result, changes and alterations are quickly felt from one place to the other, making it a system that is very sensitive to the negative impact of human activities.

Indispensable for the community’s well-being, but lacking control systems 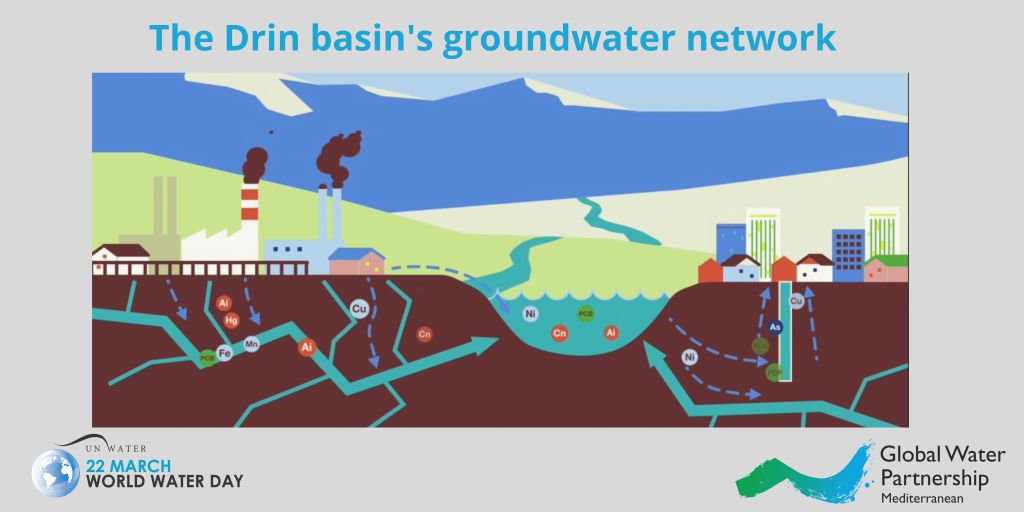 Unlike other places in the world however, groundwater in the basin is used for household activities, mainly for drinking and irrigation, often through non-registered extractions. In fact, numerous residential agglomerations are not connected to the regional water supply system, depending on groundwater sources that usually lack consistent quality control and sufficient protection measures.

As for discharges, many houses are not connected to any water sewage system and for those that are, proper wastewater treatment is usually absent. As such, in most of the rural areas untreated wastewater is discharged directly into the local surroundings and water bodies. This leads to the contamination of surface as well as groundwater, having negative effects on the environment and human health.

What threats is it facing?

Deterioration of water quality has been identified as one of the key transboundary problems of the Drin River basin. Substances such as nutrients, nitrogen and phosphorus, harmful for all forms of life, have permeated its water bodies. The quality of groundwater has been affected by uncontrolled disposal of effluents and waste containing toxic substances from industrial facilities. Heavy metals from industries, especially in North Macedonia and Montenegro, such as Nikel, Cadmium and Lead, can be found in both surface and underground waters. 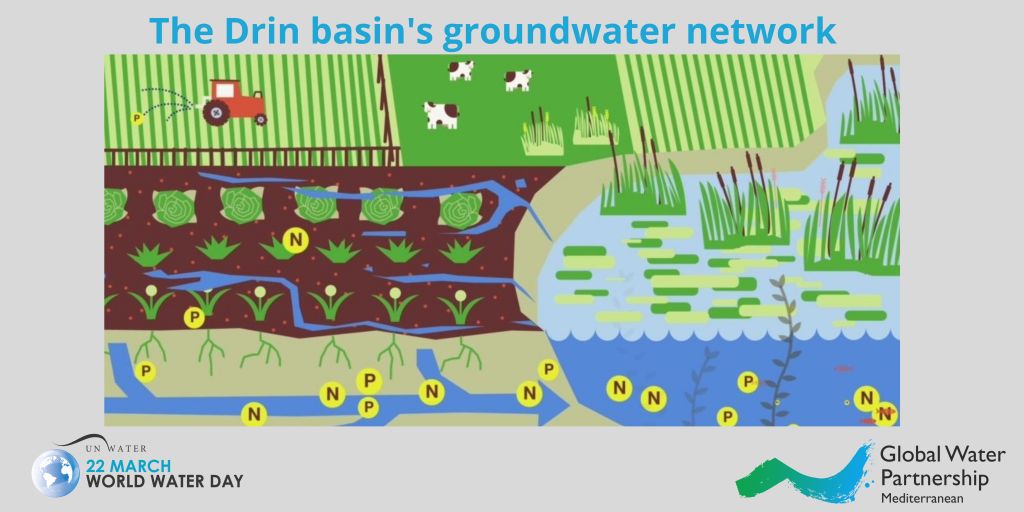 The misuse of fertilizers and manure from agriculture have also entered the groundwater system of the Drin. Especially in Lakes Ohrid and Skadar/Shkodër, where agriculture is practiced, nutrient input is very high. Bioaccumulation of hazardous substances has led to deterioration of water quality and an increase of disease spreading and harmful genetic mutations, carrying risks for biodiversity, ecosystems and human health.

To help coordinate transboundary action to address these threats, the Drin Information Management System (IMS), developed under the GEF Drin Project, a comprehensive information system for the Drin water bodies, including groundwater, that enables countries to collect, store and share data and information about the Drin River Basin. It is an online free tool that provides users with data on the river’s hydrology, pollution sources as well as socio-economic data and much more. Riparian countries have officially assigned a national administrator responsible to update the tool with data on behalf of the respective government. 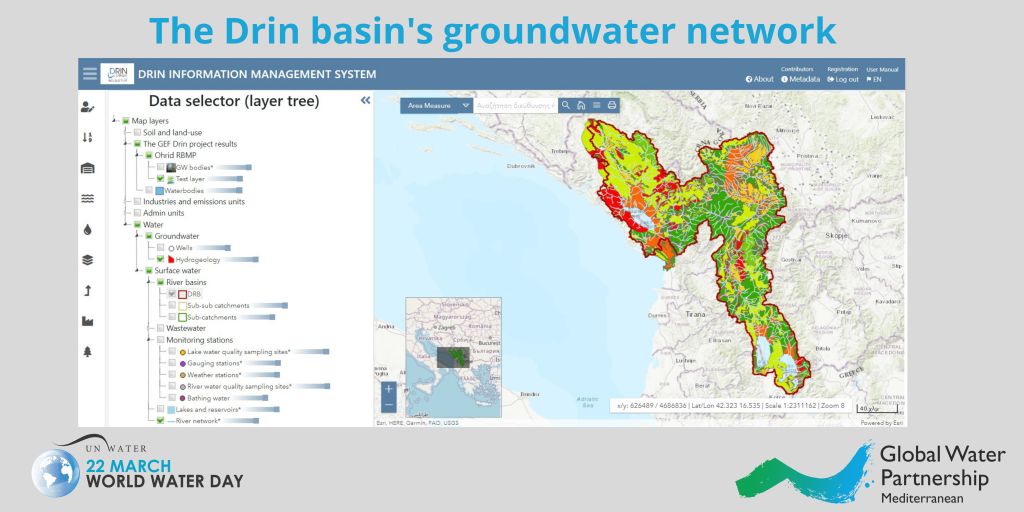 For the first time, the Drin IMS provides harmonized information on the groundwater system, including basic and background information (hydrogeology and groundwater delineation) on the existing monitoring network, while groundwater quality parameters are also recorded. It thus provides a complete overview of the Basin, rendering it an invaluable tool for informed decision-making and ultimately the strengthening of integrated transboundary management in the region, helping to address the urgent threats faced by the invisible, and invaluable, groundwater resources of the Drin basin.

*This designation is without prejudice to positions on status, and is in line with UN Security Council Resolution 1244 and the ICJ Opinion on the Kosovo declaration of independence.