One of the major challenges that our societies face is how to deliver water, energy and food for all, sustainably and equitably, while preserving the health of natural systems that form the basis of any economic activity. The ‘Nexus’ approach which was the focus of this Roundtable, is about more coordinated, integrated and cost-effective planning and management of the use of natural resources across sectors. 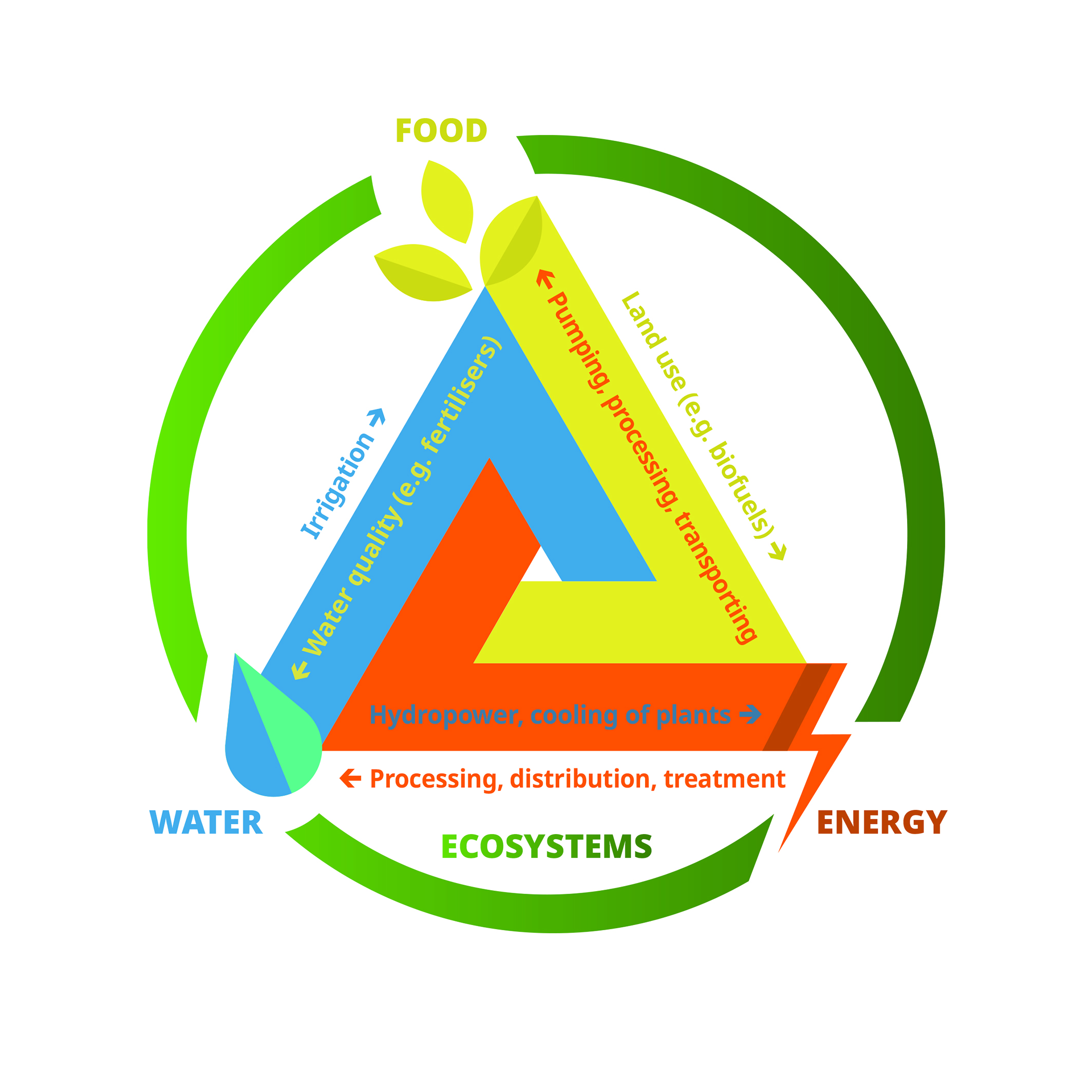 By fairly addressing trade-offs and intelligently capturing synergies, overall security of resources can be achieved more optimally, compared to a traditionally fragmented approach.

The 3rd Regional Nexus Roundtable held in Tirana on 16-18 October 2019, was part of a process to introduce and promote the Nexus approach in South East Europe (SEE).

It was attended by more than 80 stakeholders from all 6 economies of SEE, including representatives of Ministries and institutions involved in water management, energy production, agriculture and environmental protection, as well as of political processes and donors. 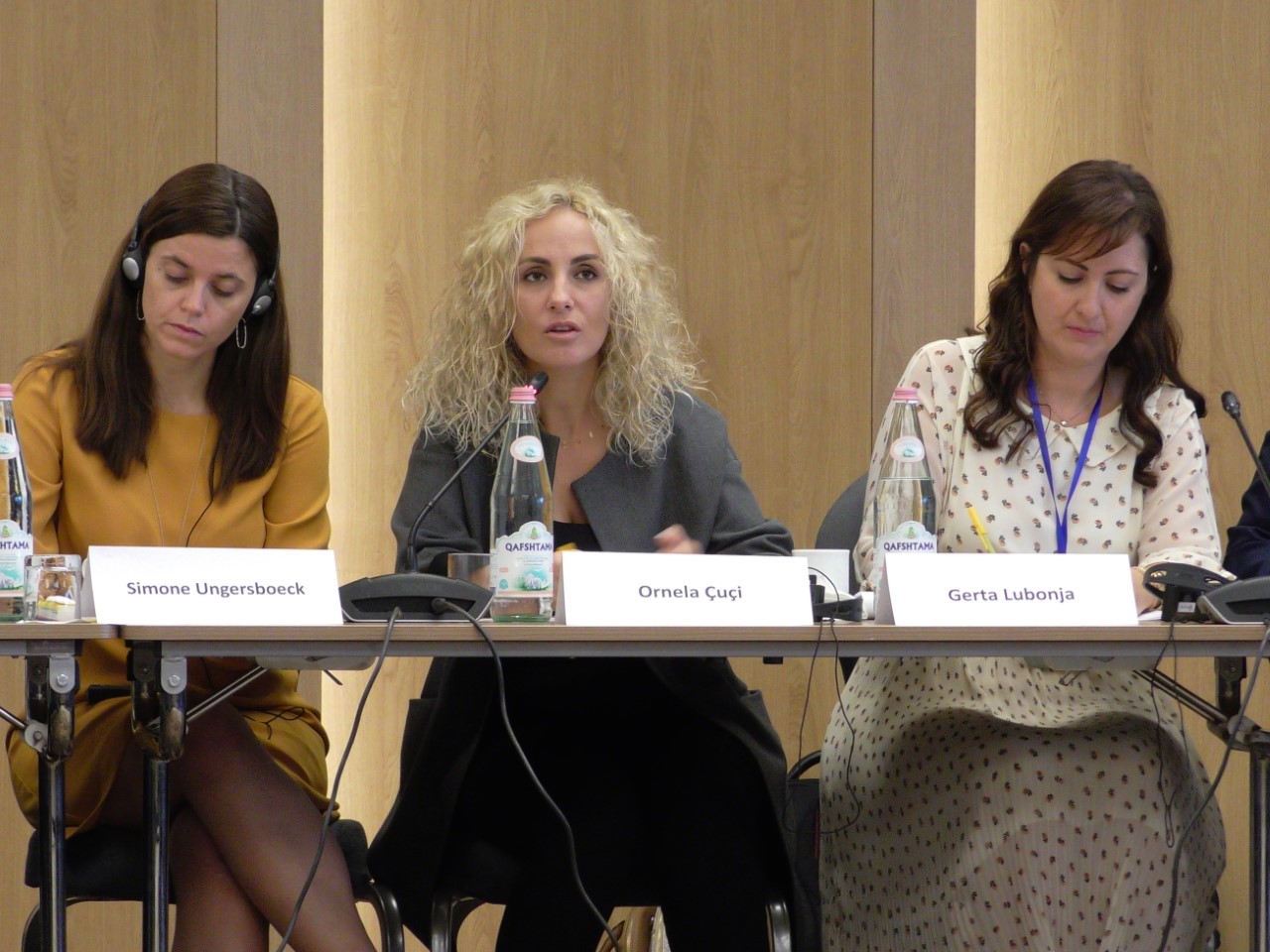 Ms. Ornela Çuçi, Albania’s Vice Minister of Tourism and Environment opened the Roundtable and the first day was dedicated to enhancing participants’ capacities and understanding of sector interdependencies.

Participants engaged in a 4-hour long Nexus Game, a “social simulation” of the challenges around the management of natural resources in a transboundary context. In this policy exercise, participants took roles of decision makers and various stakeholders in three imaginary countries sharing a river basin and its resources.

"Albania is committed to promoting the sustainable and integrated management of natural resources and to regional cooperation in that regard.

Projects and meetings like this one provide much needed expertise and recommendations. The challenge lies in implementing them in policies and concrete actions, as well as in enhancing our national expertise and capacities."

Speakers noted that a key benefit of the Nexus approach was in addressing conflicting uses of natural resources between different stakeholders, through improved coordination, which in turn makes proposed solutions more politically and financially attractive. It was stressed that institutional coordination in the Region has progressed, however implementation of activities and concrete results are still lacking. 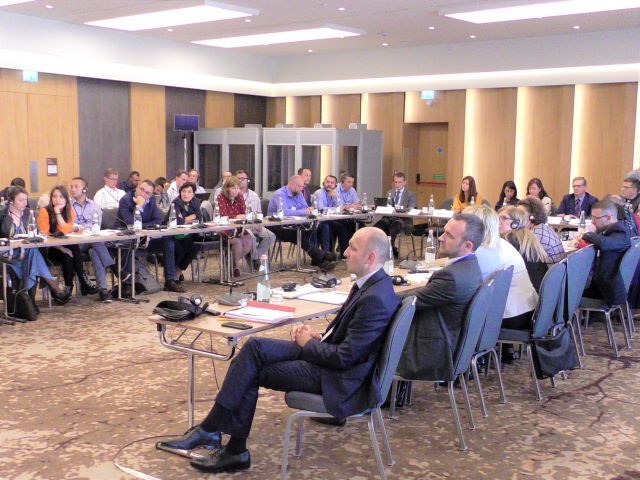 Other members of the Opening Panel said:

“The Nexus approach is a fundamental shift, from a single sectoral approach to solutions that embrace a cross-sectoral, coherent and integrated perspective. It challenges existing structures, policies and procedures at global, regional and (sub) national levels. It’s an approach which applies at all levels of society; from local competition over access to water for irrigation or livestock, to global connections between policy on biofuels, food and water security.

Adopting the Nexus approach at the regional level allows for the benefits of transboundary cooperation strategies to be identified, drafted and implemented.”

“The Balkan area is an integral part of the UfM efforts towards sustainable growth and for achieving our upmost objective of peace and stability through cooperation.

The Water-Food-Energy-Ecosystem Nexus is the 1st Action of the UfM Water Policy Framework of Action 2030. The recommendations from this Nexus Roundtable in Tirana will be integrated in our UfM Water Agenda and its Financial Strategy. Let us show our contribution to the world, that this Mediterranean region is working together for best of its future.”

“The Austrian Development Agency supports the Regional “Nexus Project” because we believe that by promoting and applying the Nexus approach we can better contribute to the achievement of the UN Sustainable Development Goals, which are guiding all our interventions.

We hope that the operationalization of the Nexus approach will facilitate the economies’ compliance with requirements and targets relevant for EU accession. It is a pleasure to be part of the Regional Nexus Roundtable which we consider a very important event that brings together regional stakeholders to tackle common challenges in the region and to identify and discuss ways and solutions to achieve sustainable development for all.”

“The South East Europe region is taking these Water-Energy-Food-Ecosystem Nexus considerations from theory to practice, moving from Nexus Assessments to figuring out the conditions and considerations in making Nexus-related investments bankable and interesting to investors or donors. From a global perspective, this is hugely important to learn from and replicate in other regions of the world.”

South East Europe, with 90% of its water resources being transboundary, is in need of such coordinated approaches. GWP-Med assists economies through a structured Nexus Dialogue, transboundary and national assessments, and identification of investments. We are thankful to Germany, Austria and GEF IW:LEARN for their support and to the Regional Cooperation Council and Union for the Mediterranean for providing the Regional Framework.” 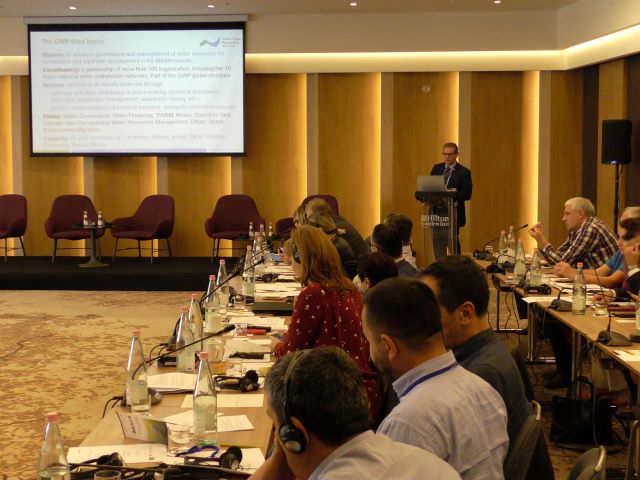 During the last day of the Roundtable, participants discussed and approved in principle, the outline of a Nexus Roadmap for the Region. The suggested key components-pathways of actions to promote the adoption of a Nexus approach in SEE include:

-        Enhancing policy interventions and the identification and prioritization of investments through Nexus policy, economic and technical assessments based on multi-stakeholder consultations;

-        Promoting integrated strategic planning for the coordination of infrastructure development and supporting an effective enabling environment to leverage and facilitate financing;

-        Generating, enhancing and disseminating knowledge, skills and capacities relevant to a Nexus approach;

-        Facilitating the design and implementation of pilot interventions with replication and upscaling potential.

Throughout the sessions of the Roundtable, participants:

-        Were briefed on recent and planned Nexus Assessments and relevant Dialogue Processes to be implemented under the ADA-funded SEE Nexus Project in Albania and in the transboundary basins of the Drin and Drina rivers, as well as on relevant initiatives scheduled for the Mediterranean level;

-        Discussed selected examples of Nexus-related solutions presented in a panel discussion, including: increasing the renewables share by diversifying away from hydro, installing floating solar panels on reservoirs, rehabilitating old degraded agricultural dams with multi-purpose potential, furthering research on river ecosystems, their connectivity and their services, and capturing water-energy synergies (and potentially agriculture ones) in water and sanitation utilities;

-        Heard about recent developments in the cross-sectoral institutional framework in SEE Economies and how it facilitates and prioritises investments;

-        Engaged in an insightful discussion following a panel of representatives of gender-related institutions from the Region, on the importance of women’s empowerment and engagement in the context of natural resources management and rural development, and the key barriers towards that.

Dedicated session on Gender and the Nexus

Based on the above-mentioned key components of Regional lines of work for the promotion of the Nexus approach in SEE that were presented and discussed in the Roundtable, GWP-Med will prepare a draft Regional Nexus Roadmap with the aim to be discussed in RCC’s Regional Working Group on Environment at its meeting in mid-2020. GWP-Med will also explore funding options for holding a 4th Regional Nexus Roundtable at the end of 2020. 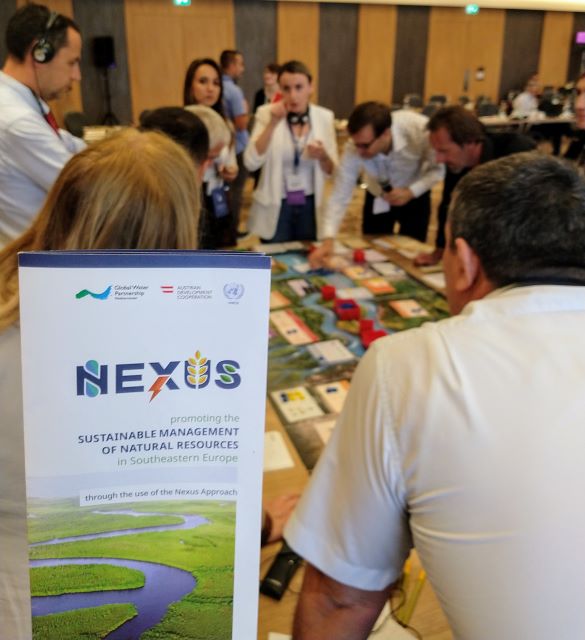 This Roundtable, together with the previous ones held in June 2017 in Belgrade and in October 2018 in Skopje, are activities under the “Regional Nexus Policy Dialogue in SEE” process which aims to support the Nexus-related objectives of the South East Europe 2020 Growth Strategy.

The Regional Dialogue is financially supported by:

Report of the Roundtable