Aimed at integrating climate change considerations in water and soil conservation planning in Tunisia, the Global Water Partnership – Mediterranean (GWP-Med) has established, in the framework of its WACDEP Programme (Water, Climate and Development Programme), a very beneficial collaboration with the Department for Planning and Conservation of Agricultural Lands at the Tunisian Ministry of Agriculture and the Regional Department for Agriculture in Bizerte, in Tunisia’s North.

In the context of this collaboration, a national workshop was organized on 24-25 February 2015 aimed at reviewing, through a participatory approach, the Terms of Reference (ToRs) of the ten-year National Water and Soil Conservation Plan, in order to improve, on the one hand, their implementation by taking into consideration the difficulties on the field, and to integrate, on the other hand, new challenges related to climate change. Participants represented both central and local administration authorities competent on the Plan’s implementation, as well as independent experts and stakeholders from the private sector and research institutions. 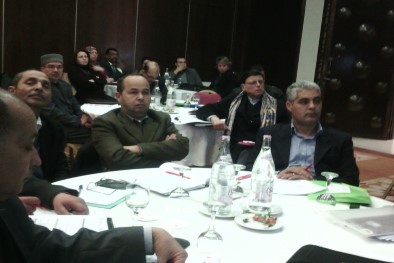 The workshop’s plenary session was dedicated to strengthening the ten-year plan with regards to the applicability of the actions and the infrastructure to be realized, while the working groups focused on discussing the 4 phases of the ten-year plan studies: i) diagnostic of the current situation, ii) prioritization among the proposed interventions, iii) deliberation on the realization of the planned infrastructure, and iv) mainstreaming climate change considerations in the overall planning. The workshop has produced recommendations on both a strategic and a more concrete level. The Ministry’s Department for Planning and Conservation of Agricultural Lands has committed to follow-up on the former, in the framework of a new strategy preparation process recently launched, while working closely with the GWP-Med, in order to integrate the latter into the Plan’s ToRs. 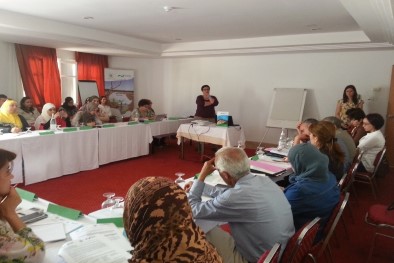 Moreover, the GWP-Med has been developing a methodology for climate change mainstreaming in water and soil conservation planning at basin level, using Douimis Basin in the Bizerte Region as a pilot. Through mobilizing its neutral platform in order to facilitate cross-sectorial cooperation between the relevant ministerial departments and other institutions, GWP-Med has engaged the National Institute of Meteorology and the National Institute for Rural and Forests Research in the development of this methodology.

Aimed at enhancing the understanding of the partners from the Ministry of Agriculture, of the methodology and reinforcing their capacity, a training workshop was organized by GWP-Med in Bizerte, Tunisia, on 4-5 May 2015, bringing together 26 participants. The methodology is based, on the one hand, on climate change mainstreaming in water and soil conservation planning, as well as on a participatory approach: climate change phenomena have been discussed from the global and the national perspective, while key stakeholders in the basin have been identified and the appropriate communication tools to effectively engage them have been discussed. 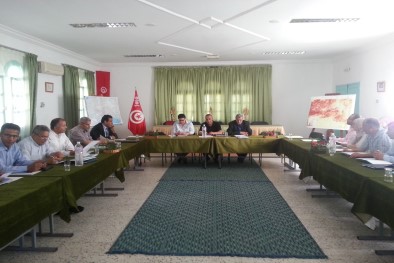 Building upon the results of the group exercises, the plenary discussions resulted to structuring a preliminary stakeholders’ matrix and a corresponding communication action plan. As an immediate follow-up to this training, a regional workshop was recommended by the participants themselves, which was organized on 19 May 2015, bringing together 32 stakeholders and aiming to raise awareness about the activity and the related methodological approach, promote information exchange on the ongoing projects and initiatives run by the different stakeholders in the basin, while engaging a collective reflection on the challenges, the limitations and the development potential in the basin.

Participants highlighted the importance of adopting an approach taking into consideration the ecosystem services provided by the Lake Ichkeul located downstream the basin. In relation to challenges, they also raised two important issues: the first one related to the land tenure preventing farmers’ engagement in long term and sustainable development actions; the second one related to the migration of the young population looking for jobs in the nearing cities and proceeding with the selling of their indivisible inherited lands accentuating the land tenure problem.

Participants confirmed their willingness to be involved in the consultation process and suggested the enlargement of the process to local parliamentarians’ representatives in order to reach the high political decision level.