The Expert Working Group on Monitoring & Information Exchange (EWG MIE) was used as a platform for transboundary cooperation to discuss action to address the current threat of decreased water levels in Lake Prespa.

The Expert Working Group on Monitoring & Information Exchange (EWG MIE) met on-line on 11 December 2020 to discuss concerns  about decreased water level in Macro Lake Prespa. Prespa, one of the oldest freshwater ecosystems on earth and a biodiversity hotspot, comprises two Lakes separated by a natural narrow strip of land, Micro Prespa and Macro Prespa, the former being shared by Albania and Greece, while Macro Prespa is shared by Albania, Greece and North Macedonia. The current significant drop in water level in the Lake poses a threat to the biodiversity as well to socio-economic activities such as tourism, agriculture and fisheries. 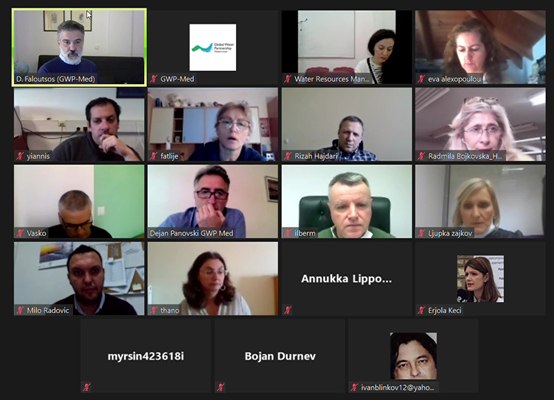 Members of the EWG MIE, as well as invited hydrology experts, shared information about data as well as expert opinion, noting that the current water level in the Lake is at a historical low. As a first step towards effective cooperation to address the issue, the littoral countries (Albania, Greece and North Macedonia) agreed to initiate actions that will lead to a technical arrangement for a permanent mechanism for information and data sharing. This can be used also at a later stage, when the Prespa Park Agreement is operationalised.

It was noted that the Information Management System developed under the Drin Corda Process with financial support under the GEF Drin Project, can be used as an information and data sharing tool. 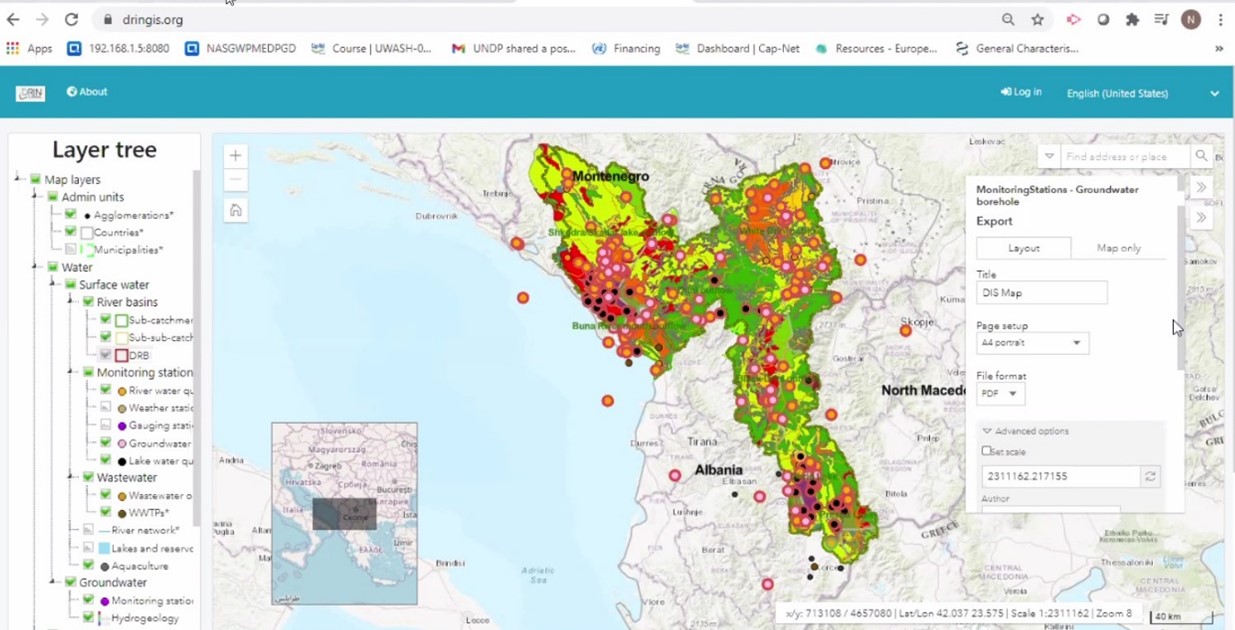 The EWG MIE is one of the four EWGs of the Drin Core Group, the joint body that coordinates the implementation of the Drin MoU .

The DCG Secretariat provides technical and administrative support to the DCG; GWP-Med serves by appointment of the Parties, according to the MoU, as the Secretariat.
The Drin MoU Memorandum of Understanding for the Management of the Extended Transboundary Drin Basin (Drin MoU) was signed in Tirana on 25 November 2011 by the Ministers of the water and environment management competent ministries of the Drin Riparians i.e. Albania, Greece, Kosovo*, Montenegro and North  Macedonia. The Drin MoU provides the political framework for and defines the context of cooperation among the Drin Riparians.