Representatives from Albania, Kosovo*, Montenegro and North Macedonia discussed the risks and impacts of drought and possible management solutions at the 7th Drin Stakeholders Conference.

Future deficits in water is predicted, with droughts in the Drin Basin growing in severity. To help build capacity for managing droughts, Government Ministries, local authorities, academia and NGOs met in Tirana on 29-30 January, as participants of the 7th Drin Stakeholders Conference. 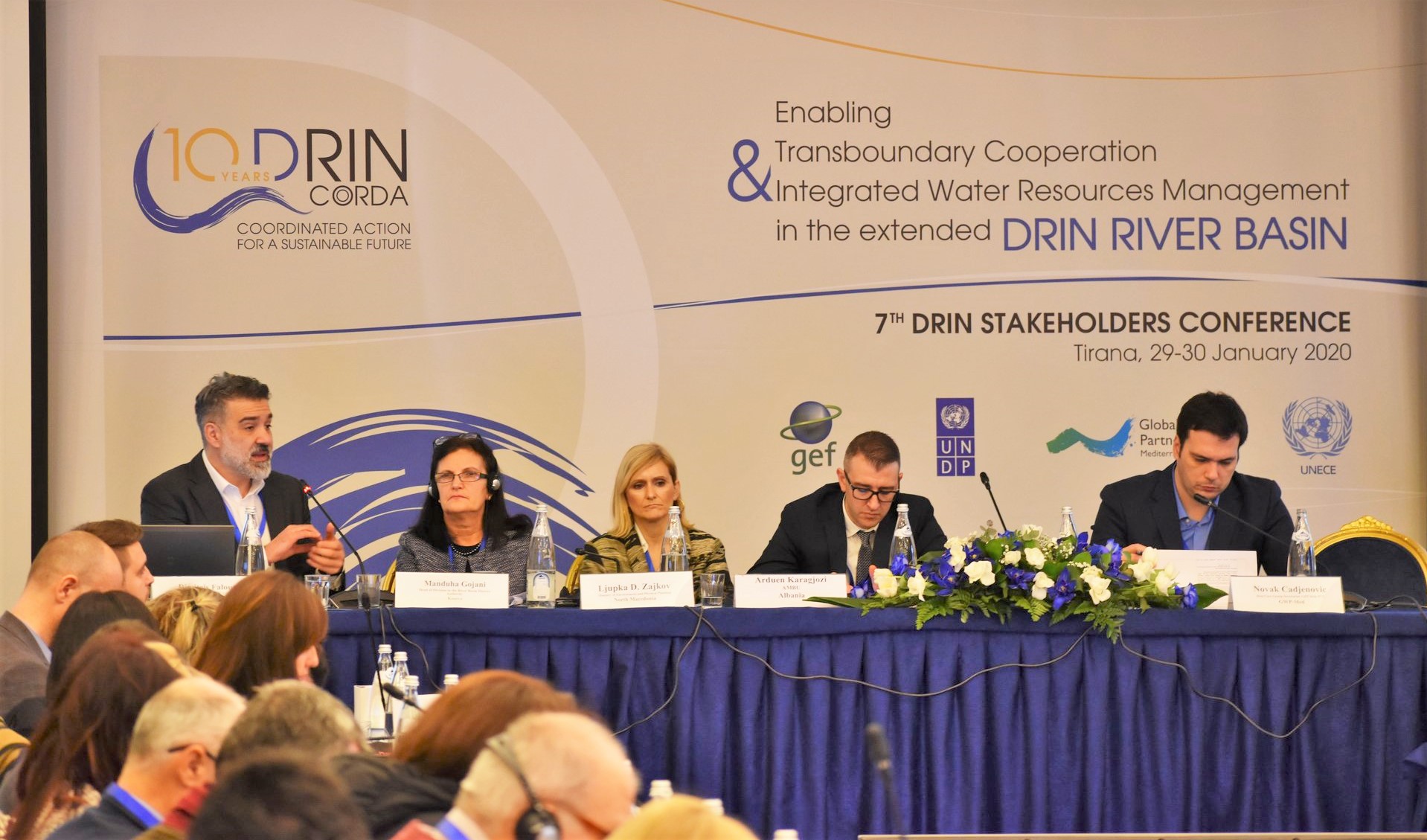 The Conference, organised by the Global Water Partnership- Mediterranean (GWP-Med), discussed the impacts of droughts in the Drin Basin on society and the economy, and explored possible solutions to managing them. Participants learned about drought monitoring tools, early warning systems, and the importance of transboundary cooperation for managing droughts successfully.  The Integrated Drought Management Programme (IDMP) of the Global Water Partnership and the World Meteorological Organisation (WMO) was presented as an appropriate management tool. 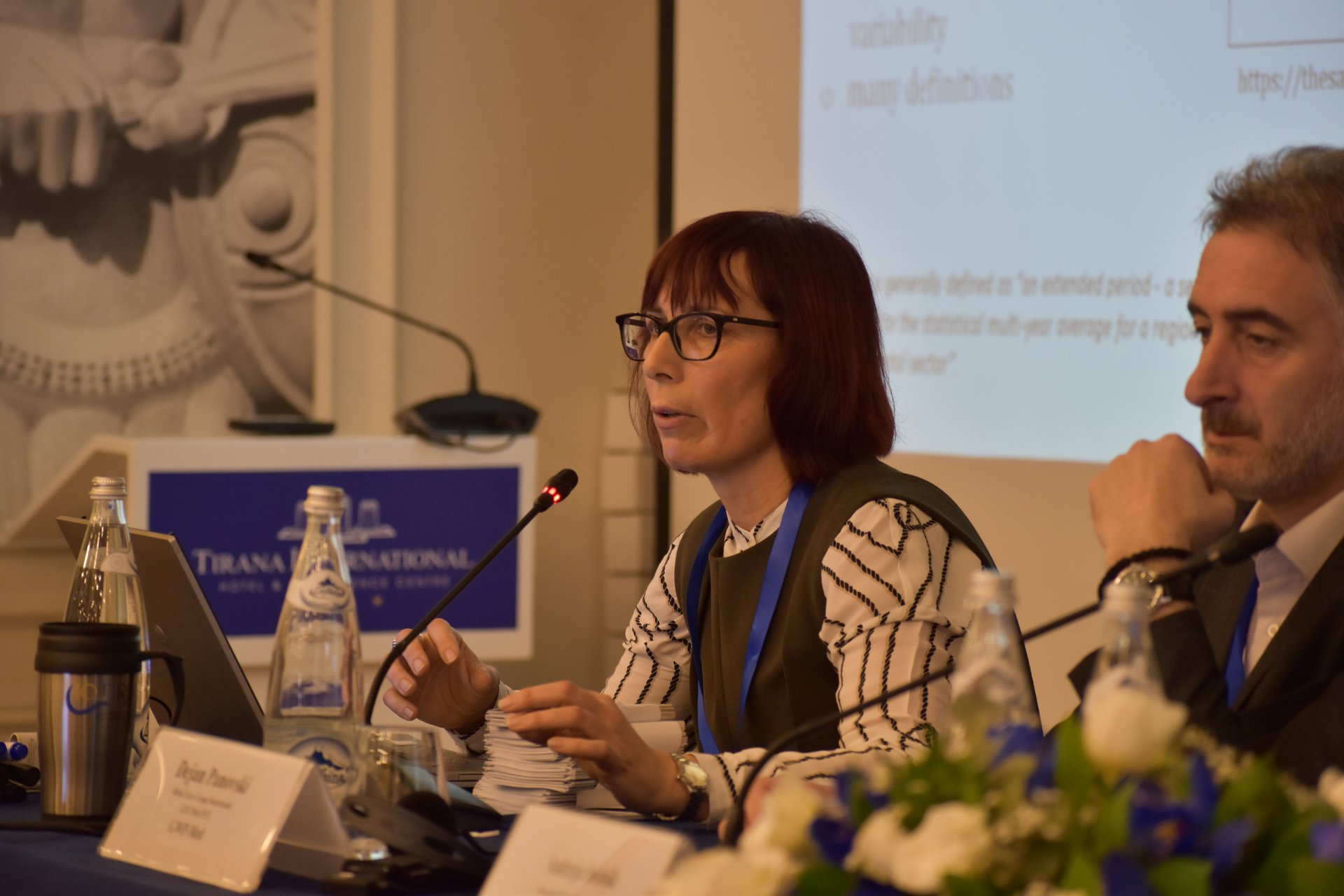 By assessing current organisational capacities to manage droughts in the Drin Basin, decision-makers were able to identify appropriate actions to improve coordinated management of drought risk in the future. 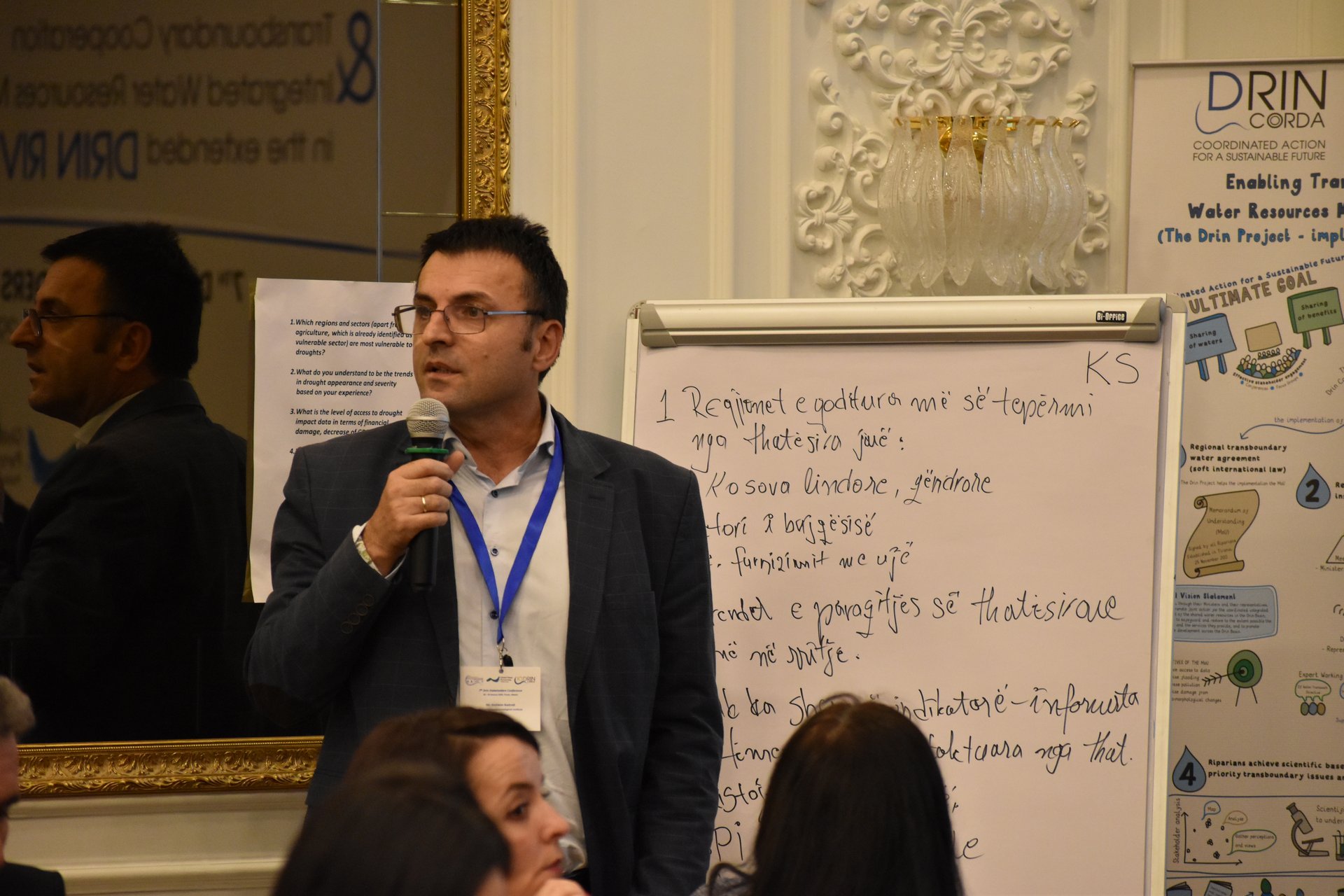 The Drin Basin is home to 1.6 million people and spans Albania, Greece, Kosovo*, Montenegro and North Macedonia. Coordinated management of drought risk is important for sustaining livelihoods, agricultural production and a healthy environment in the region.

Because of the shared nature of the water in the Drin Basin, cooperation between Ministries at a transboundary level is a critical element for successfully managing and responding to the drought risk.

‘Management of droughts is just one of many challenges for Ministries in the Drin Basin, alongside food and energy security and maintaining a healthy environment. Working at a transboundary level is fundamental for managing droughts effectively. GWP-Med through its activities under the ‘Drin Project’ helps facilitate this transboundary cooperation’. 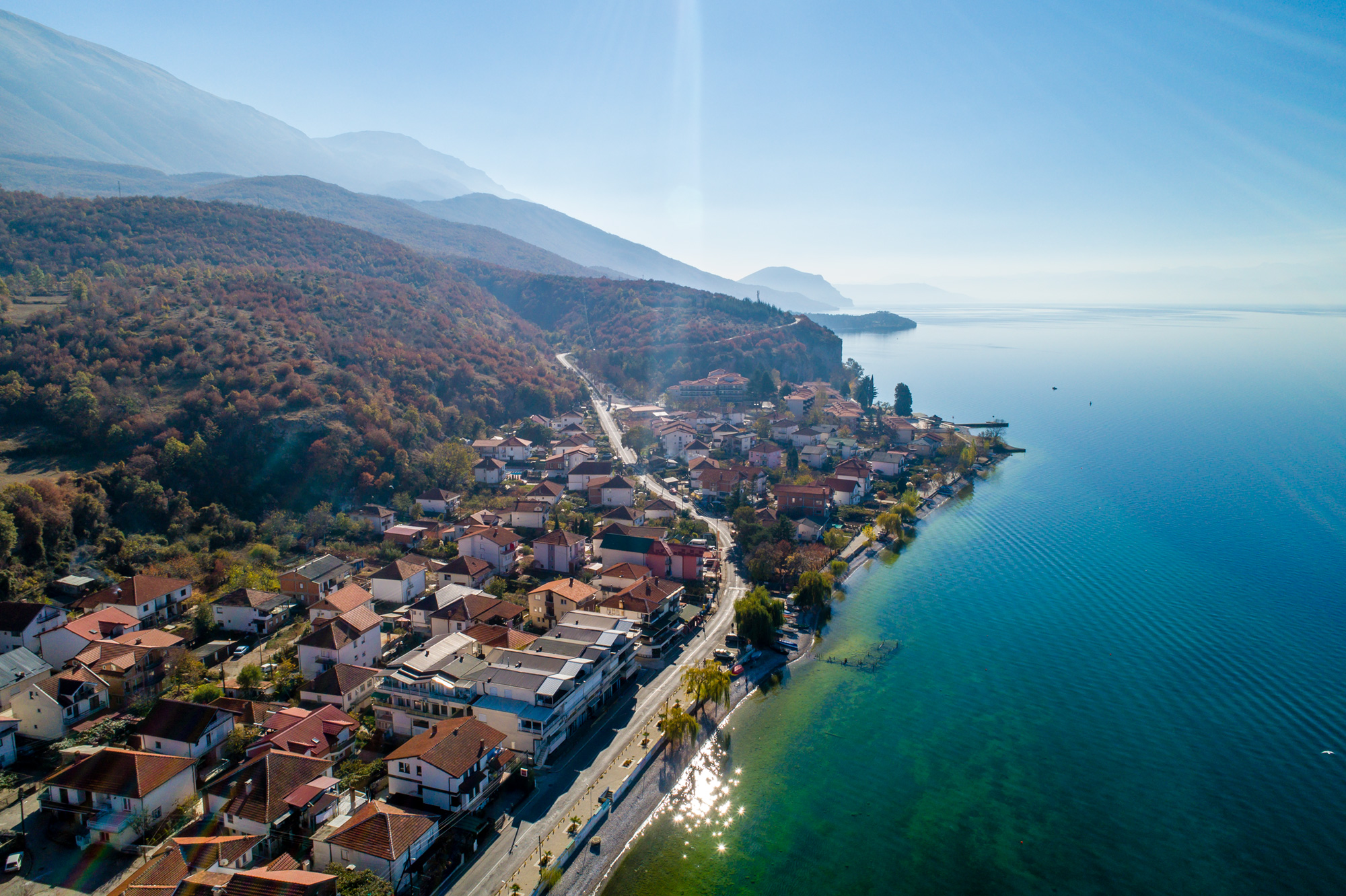 GWP-Med, in partnership with the United Nations Development Programme (UNDP), has been working with Ministries throughout the Basin, to enhance transboundary cooperation under the Global Environment Facility funded ‘Drin Project’, and the political process called the ‘Drin Coordinated Action (Drin CORDA)’. The 7th Drin Stakeholders Conference, which is part of the political process, celebrated the 10-year anniversary of the Drin CORDA process. 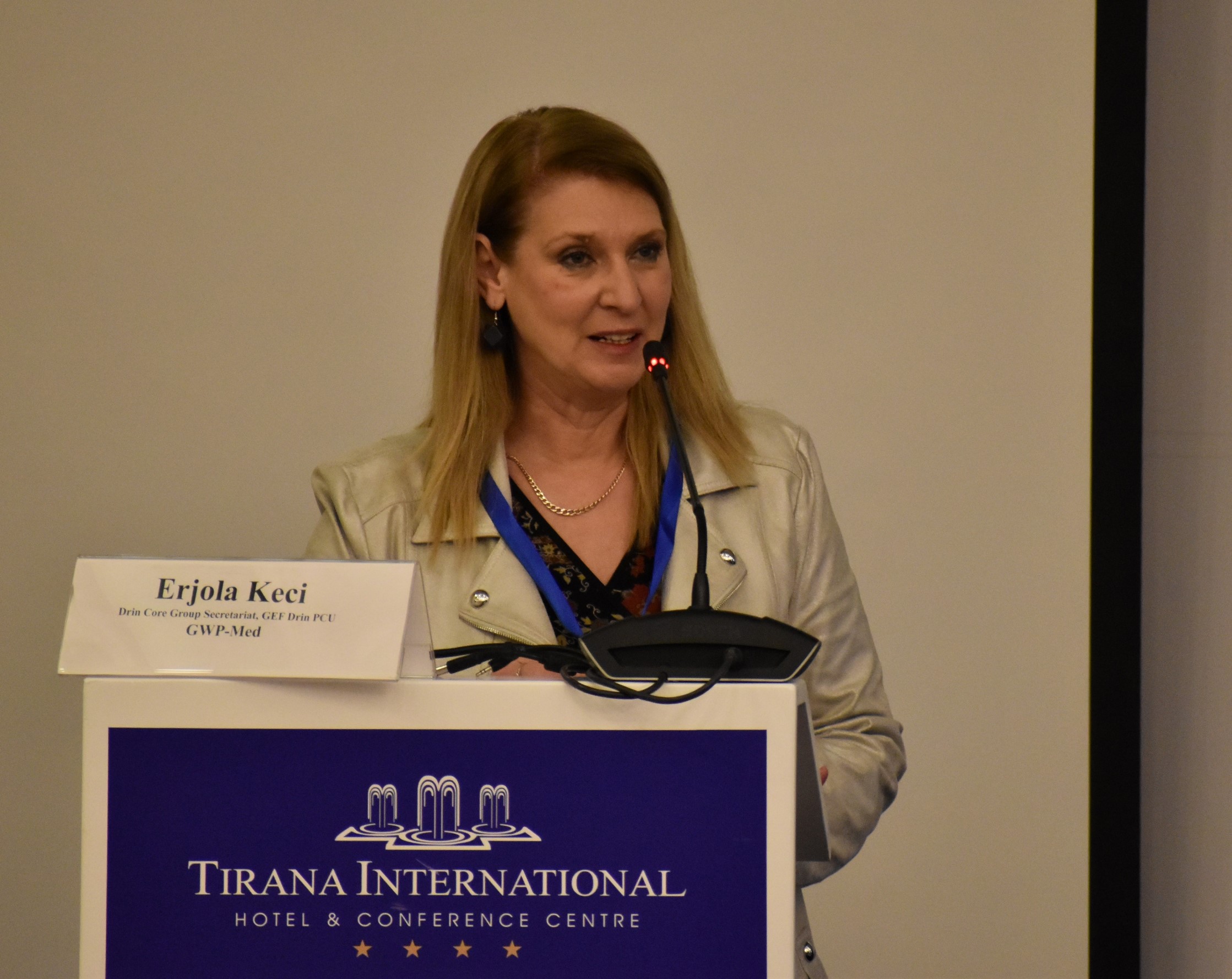 “This is a process that unites different countries with the same goal, to protect water and ecosystems in an integrated way…Now we understand more about the solutions, we need to back these solutions with our human resources, so this process is successful”.

Throughout the Drin CORDA process, in heavy consultation with competent authorities, a Strategic Action Programme (SAP) for the Drin Basin has been developed. The SAP is a political document which sets out the priority environmental issues in the Drin Basin and identifies how these issues can be addressed. The SAP, once adopted by the Ministries, will guide the management of the Drin Basin, for years to come.

Participants in the Stakeholders Conference: 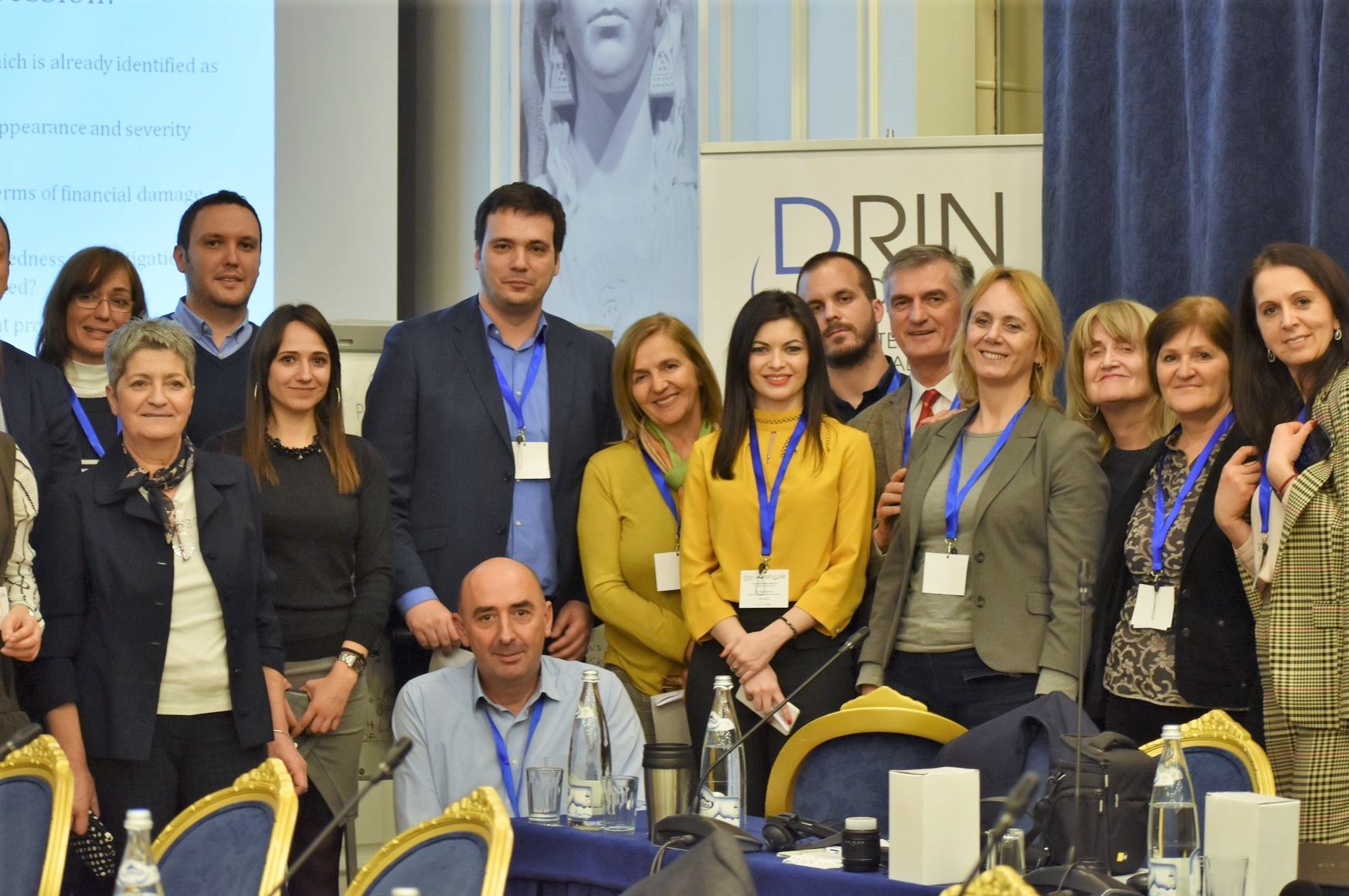 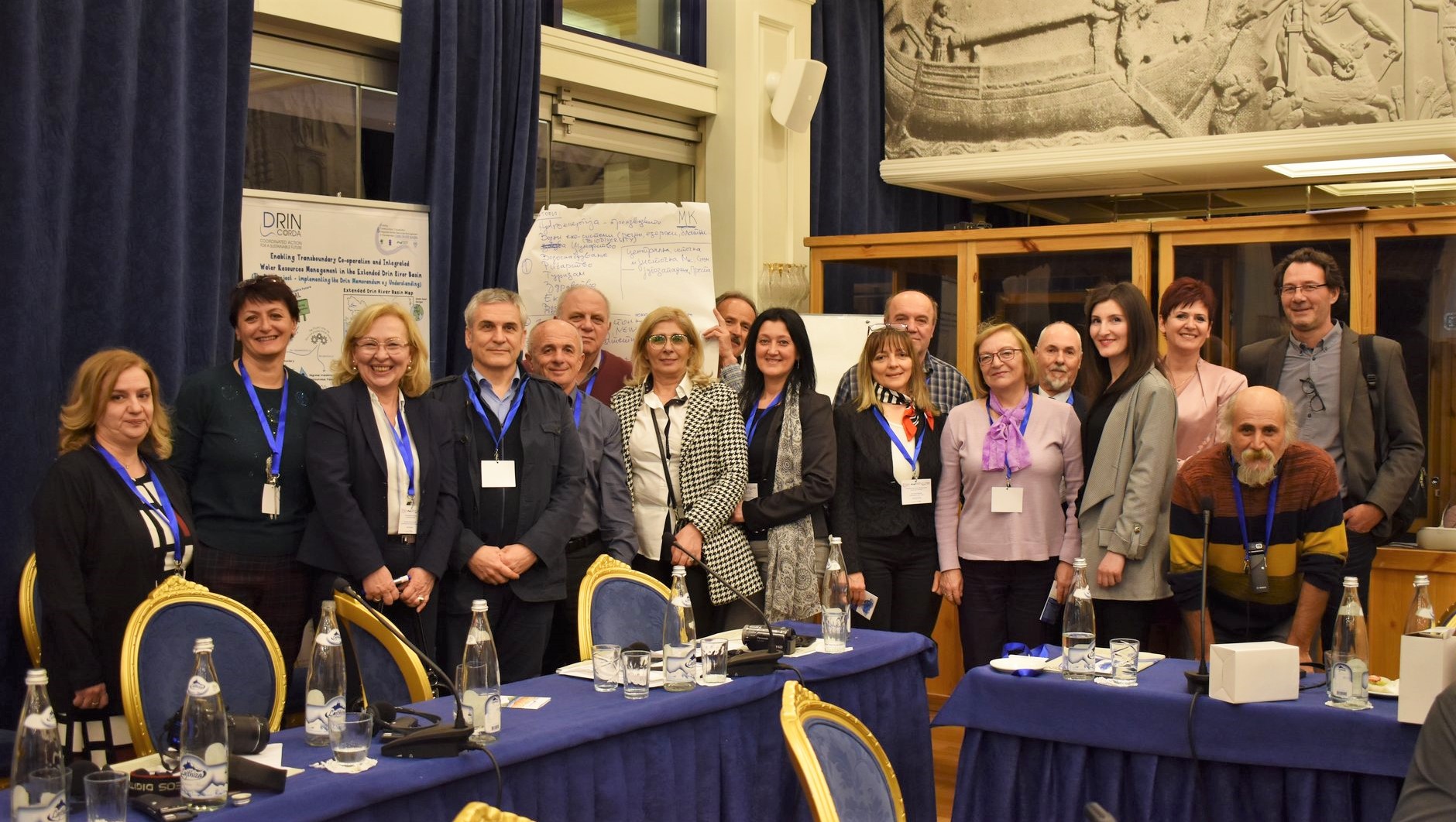 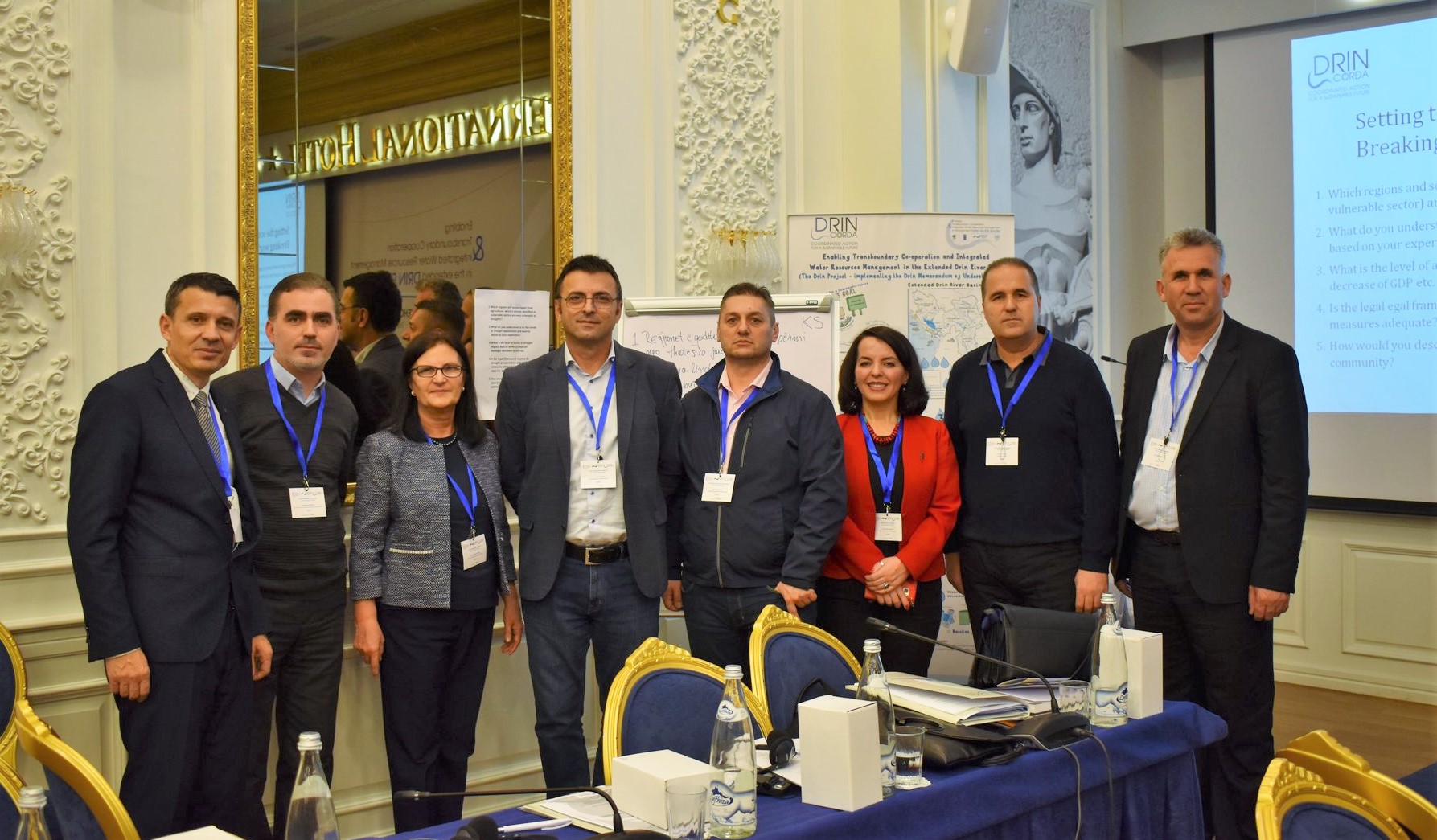 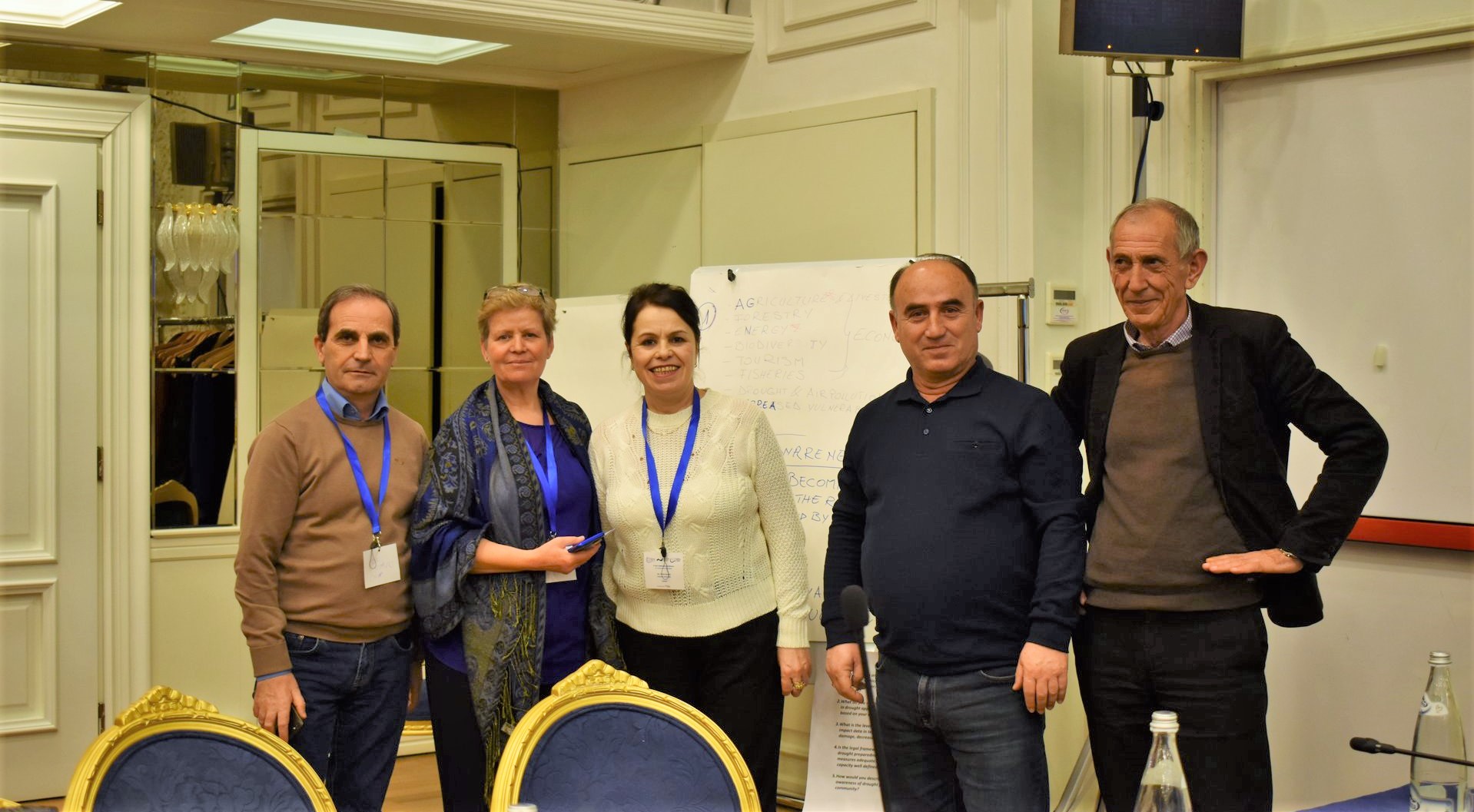 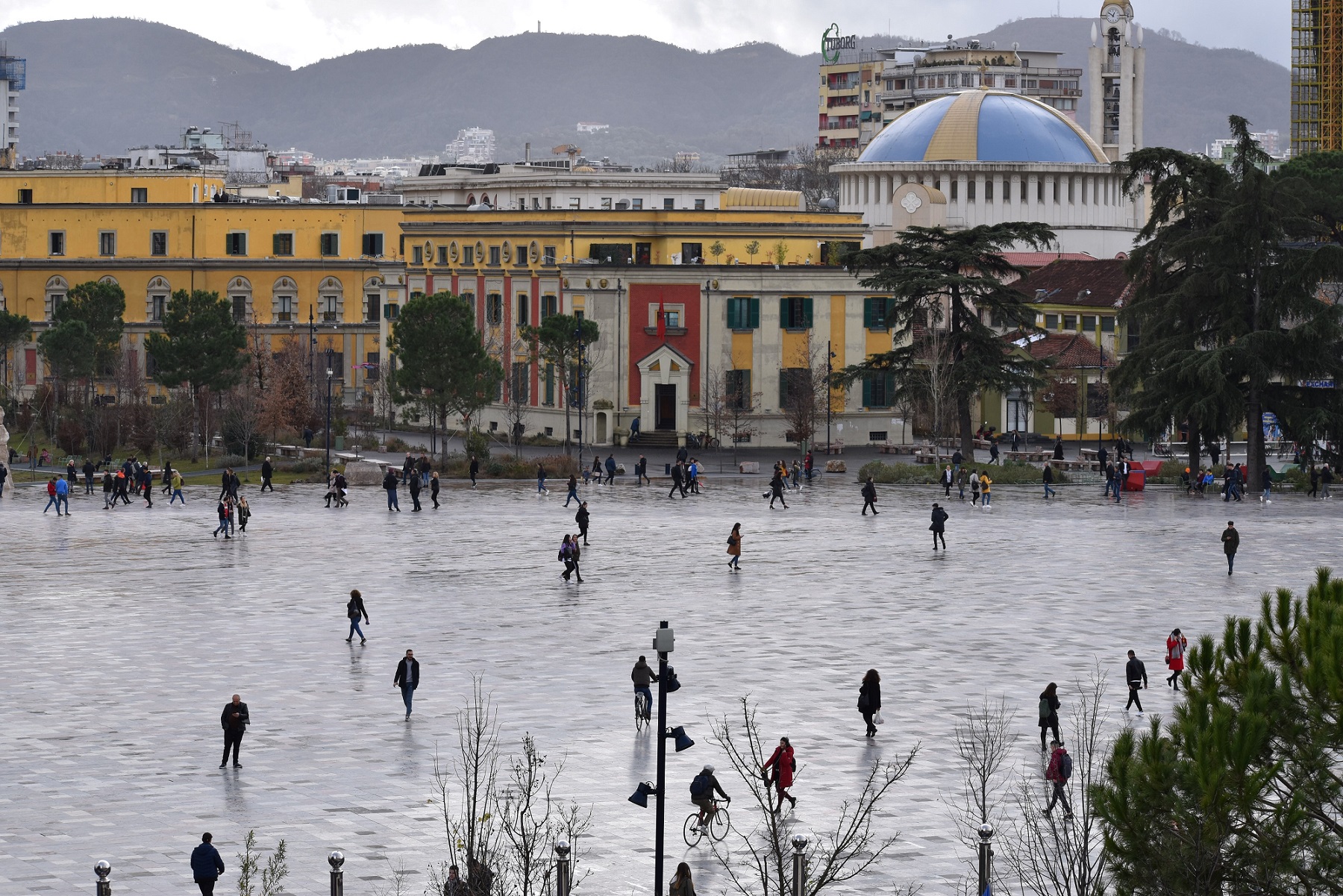 The Conference was organized by the Global Water Partnership – Mediterranean (GWP-Med), under the framework of the Drin Coordinated Action (CORDA) for the implementation of the Drin Memorandum of Understanding (MoU).

The implementation of this year’s Conference marks the continuation of a tradition to involve stakeholders in the work, as stated under Article 5 of the Drin MoU: “(…) to reflect the views of the stakeholders, the Parties call for an annual meeting of stakeholders from the Drin Riparians (…)”.

Each year the Conference is used as a forum to present progress in implementing the Drin MoU, as well as a forum to discuss significant issues for the Basin.

Organization of this Conference was made possible through two projects:

The Global Environment Facility supported Drin Project: “Enabling Transboundary Cooperation and Integrated Water Resources Management in the Extended Drin River Basin”. The Project is financed by GEF, implemented by the United Nations Development Programme and executed by GWP-Med, in partnership with the United Nations Economic Commission for Europe (UNECE).

The Austrian Development Cooperation (ADC) supported Project “Promoting the sustainable management of Natural resources in Southeast Europe through the use of the Nexus approach”. This project serves the implementation of the SEE2020 Strategy. The Drin Basin is one of the two transboundary basins that the project focuses on, supporting the implementation of Nexus assessments and Dialogue. The second basin that the project focusses on is the Drina Basin.

Session 1.3 of the Conference served as a consultation on the Phase II Nexus Assessment for the Drin Basin.

*All references to Kosovo are made in the context of UN Security Council Resolution 1244 (1999).