As a woman who has been working for women's rights for more than 20 years and participated in hundreds of training sessions, meeting and round tables, Mirela Arqimandriti has met women from all over Albania who work in industry, service sector or public sector – such as women workers in textile and shoe factories, agriculture, health, education etc. She says that having safe drinking water and hygienic sanitation is central to human rights and the personal dignity of every woman, man and child on earth. A collaborator of GWP Mediterranean, Mirela celebrates International Women’s Day (IWD2020) by sharing her story. 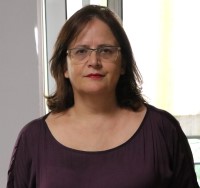 In our activities, we always ask some basic questions about infrastructure. And we hear many complaints about lack of water, lack of cleaning water and amortized sewage systems in their villages or cities. They also complain how much they suffer from this lack in their daily lives. Despite the investments made in this sector by the government, and although Albania is rich in water, we still suffer from its lack or lack of clean water.

In Albanian schools, the issue of water scarcity is a major problem in health centers. But the same thing happens in different factories, or companies where hygienic conditions are lacking due to lack of water. Based on this situation I did a gender analysis of the water and sanitation system in Albania and found that we are far from fulfilling Sustainable Development Goal No. 6: Clean Water and Sanitation For All.

The empowerment of women and girls must be done through education for gender equality and against gender-based violence, poverty eradication, women empowerment in politics and decision making, who once in power must immediately deal with women’s and children’s rights. We as activists and feminists must lobby and advocate for the basic practical needs of women such as safe drinking water and hygienic sanitation facilities as a precondition for health and for success in the fight against poverty, hunger, child deaths and gender inequality.