The Regional Roundtable was the second in a series of three Roundtables aiming to progress the Nexus agenda in the region. 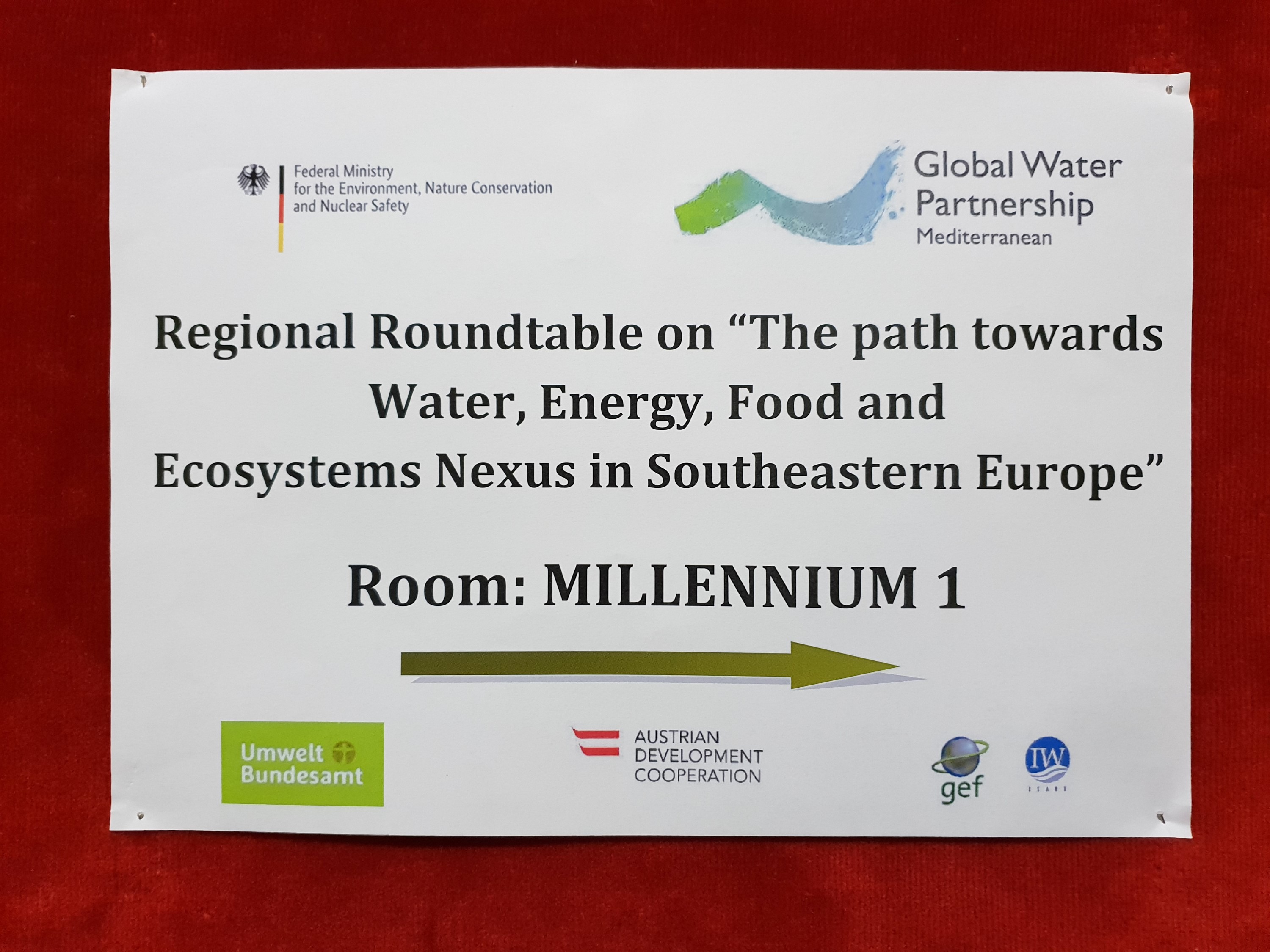 Throughout the two-day event (23 - 24 October 2018) delegates gave inspiring accounts of the significant actions and initiatives underway in the region and set out how economies can integrate the different Nexus sectors effectively.

Mr. Guido Schmidt from Fresh-Thoughts Consulting presented draft results of the "Regional Nexus Mapping Study" - the first of its kind in the region which quantitatively pinpoints the status of nexus thinking in South Eastern Europe.

H.E. Mr. Jani Makraduli, Deputy Minister of Environment and Physical Planning of the host economy, opened the discussion and identified that establishing a roadmap of next steps and actions through the Nexus approach was of great importance.

'Strategies to enable integration among sectors are of great importance. Such strategies are in place in some of the SEE2020 economies. These Strategies should be accompanied by adequate financial means and action plans to enable their implementation. The Nexus approach can be of great assistance in prioritizing the issues to be addressed as well as prioritizing related actions'.

The series of Roundtables contributes to the ‘Regional Nexus Policy Dialogue in SEE’ and brings together a range of stakeholders, enabling them to share knowledge between sectors and institutions working in water, energy, food, and ecosystems.

'The roundtable was an invaluable opportunity for the UNECE Water Convention to discuss the concrete impact of participatory assessment projects carried out throughout the past five years in South East Europe (through the nexus assessment of the Sava, Drina, and Drin river basins).

The continuous engagement in the region is significantly contributing to increased the awareness about problematic intersectoral issues among institutions and stakeholders as well as, crucially, their interest and capacity to adopt a more intersectoral approach to water management and transboundary cooperation.'

'It is very good to see that this Regional Round Table actually works. It brings together experts from all different fields of expertise: Water, Energy, Agriculture, but also Forestry and Environment. Governments are represented as well as companies and Civil Society Organisations – I am not aware of any other similar platform.'

The Regional Roundtable on “The path towards Water, Energy, Food and Ecosystems Nexus in Southeastern Europe (SEE)” took place on 23-24 October 2018, in Skopje.

The overall aim of this project is to enhance integrated natural resources management and in this regard, transboundary cooperation, as a means towards sustainable development in the South East Europe 2020 (SEE2020) area.

The Project is implemented by GWP-Med, in partnership with the United Nations Economic Commission for Europe (UNECE).

It is delivered with the financial support of the Austrian Development Agency (ADA) and is co-financed by the German Federal Environment Agency (UBA) and the Global Environment Facility (GEF) IW:LEARN project.

Regional growth in South East Europe is guided by the Strategy ‘SEE2020 – Jobs and Prosperity in European Perspective’. The development of this Strategy was coordinated by the Regional Cooperation Council (RCC) Secretariat. The Strategy is formed of many policy ‘Dimensions’, one of which is ‘Environment’.

Advancing the Nexus approach in South East Europe is one of the key strategic actions of Dimension ‘Environment’ which aims to:

1) “Identify steps and measures necessary for advancing the Water, Energy and Food nexus approach at national and trans-boundary levels and investigate opportunities of launching a political process under the Regional Cooperation Council (RCC) for the enhancement of cooperation in the SEE in the field of Transboundary Water Resources Management (TWRM)”.

2) “To develop and put in place measures necessary for the commencement of the Regional Integral Water Management Framework Agreement (RIWFA) implementation”.

*This designation is without prejudice to positions on status, and is in line with UNSCR 1244 and the ICJ Opinion on the Kosovo declaration of independence.

- Report of the Roundtable