Promoting the Sustainable Management of Natural Resources in Southeastern Europe, through the use of Nexus approach (2016-2021).

The Water-Energy-Food-Ecosystems Nexus (“Nexus”) approach has been introduced in the natural resources management agenda in order to enhance water, energy, and food security, while preserving ecosystems and their functions. The Nexus approach provides for an integrated and coordinated approach across sectors, with a view to reconciling potentially conflicting interests as they compete for the same scarce resources, while capturing existing opportunities and exploring emerging ones.

Advancing the Water-Energy-Food-Ecosystems Nexus approach in South-East Europe (SEE) is one of the key strategic actions of the Environment dimension of the SEE Regional Growth Strategy entitled “SEE 2020 – Jobs and Prosperity in European Perspective” developed under the Regional Cooperation Council (RCC).

The Project “Promoting the Sustainable Management of Natural Resources in Southeastern Europe, through the use of Nexus approach” (SEE Nexus Project), supported by the Austrian Development Agency (ADA), was designed to serve the Nexus-related objectives of the SEE2020 Regional Growth Strategy. It is implemented in Albania, Bosnia and Herzegovina, Kosovo*[1], Montenegro, North Macedonia and Serbia by Global Water Partnership – Mediterranean in partnership with the UNECE

The Project’s overall aim is to introduce the Water-Energy-Food-Ecosystems Nexus approach and catalyse action for its adoption and implementation in the Region’s Economies, at the national and transboundary basin levels. With activities focusing on the transboundary basins of the Drin and Drina rivers, and in Albania, the Project will facilitate Nexus Dialogue Processes involving a broad range of stakeholders, and the development of technical Nexus Assessments, and enable conditions for financing actions to address four issues of priority. 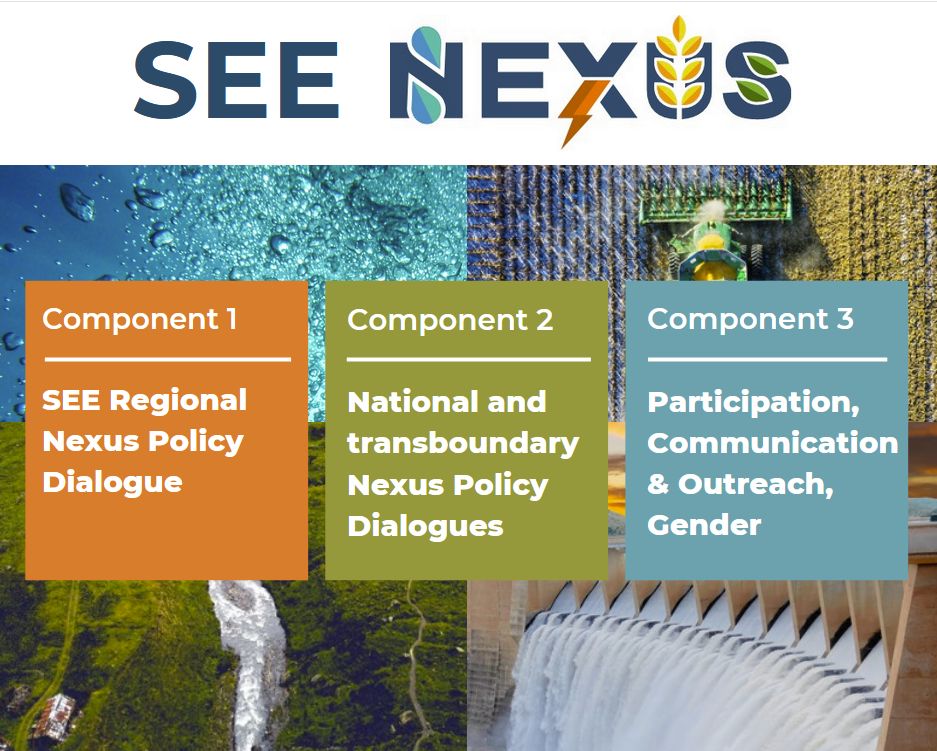 The Project is structured around 3 Components:

Activities under Component 1 include the development of a Nexus Mapping Study for the Region and its Economies, the organisation of 3 Regional Roundtables engaging stakeholders from Nexus-related sectors across the Region and eventually the drafting of a “Nexus Roadmap” for the SEE area.

More information on the activities under Component 1 are available  here.

Under Component 2, Nexus Dialogue Processes will be implemented in the transboundary basins of the Drin and Drina rivers, and in Albania. Each of these 3 Dialogue Processes is structured around Transboundary and/or National Consultation Meetings and the development of analytical technical Nexus Assessments[3] as per the methodology developed by UNECE, to identify Nexus interlinkages and explore in detail key ones. The findings of the Dialogue Processes and the Assessments will drive the development of respective Nexus Roadmaps, identifying lines of action & modalities at institutional, policy and resource management levels, that are necessary for effective cross-sectoral coordination. In each of the 2 transboundary basins, a Nexus-related capacity development workshop will be held targeting staff of relevant institutions. Finally, for four of the priority issues to be identified in the context of the Policy Dialogues, respective Concept Notes / Project Documents will be developed, also exploring financing options by development partners or financing institutions.

More information on the activities in Albania,  in the Drin Basin (phase I and phase II ) and the Drina basin are available in the respective links.

[1]* This designation is without prejudice to positions on status, and is in line with UNSCR 1244 and the ICJ Opinion on the Kosovo declaration of independence.

[2] Component 1 activities are co-financed by the German Environment Agency and the GEF IW:Learn Project.

[3] The Phase I of the Nexus Assessment for the Drin River Basin was co-financed by the GEF/UNDP “Drin Project”. 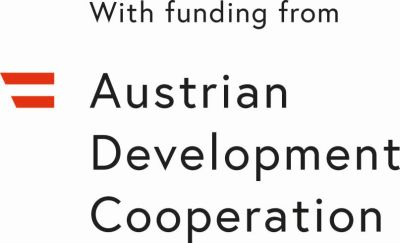