Current status of the Nexus in South East Europe

Integrated natural resources management remains a substantial challenge in South East Europe (SEE), despite significant advancements especially in the past decade. Unsustainable and non-integrated management of natural resources has been directly and indirectly affecting economic growth, human prosperity as well as the environment and ecosystems.

The Water-Energy-Food-Ecosystems Nexus approach has been introduced in the natural resources management agenda to facilitate the enhancement of water, energy and food security, while preserving ecosystems and their functions. The Nexus approach provides for an integrated and coordinated approach across sectors, with a view to reconciling potentially conflicting interests as they compete for the same scarce resources, while capturing existing opportunities and exploring emerging ones.

The Nexus approach is especially relevant to SEE given the significant share of hydropower in the region’s energy mix. It is also important in the context of the efforts of the Economies in the Region to transition to a Green Economy and accede to the European Union.

In SEE, existing good practices relevant to a Nexus approach include:

However, many policy and management areas to better address Nexus dynamics still show significant gaps and potential for improvement. In general, the administrative system established often foresees several authorities sharing the competencies for the specific Nexus sectors, with one ‘line’ authority leading initiatives. Currently, policy development via regulations, strategies or plans is often characterized by:

A set of activities was developed as part of the Regional Nexus Policy Dialogue, including:

These Roundtables engaged up to 90 stakeholders each, including Ministries and institutions from the Region, as well as of civil society organisations, academia and research, and international organisations, essentially creating a Community of Practice on the Nexus in SEE. They were designed and structured to increase awareness and enhance capacities of participants on the Nexus approach and promote exchange of related knowledge and experience in the Region.

The Meetings of Ministerial representatives provided overall guidance on the development of the Dialogue Process and moreover enabled the advancement of further Nexus action in the SEE, by facilitating the selection of the transboundary basins and the Economy for which Nexus Policy Dialogues and Technical Assessments would be implemented. It also enabled the discussion and approving in principle of, the outline of a Nexus Roadmap for the Region, including the key components-pathways of actions to promote the adoption of the Nexus approach in SEE.

2. A Regional Nexus Mapping Study that:

The Study was presented and discussed in the Skopje Roundtable (23-24 October 2018) and subsequently endorsed through a written process without any further comments by members of the RWG-Env. The Study is available here.

Further to the activities above, the SEE Nexus Project, funded by the Austrian Development Cooperation, is implementing a range of further activities. 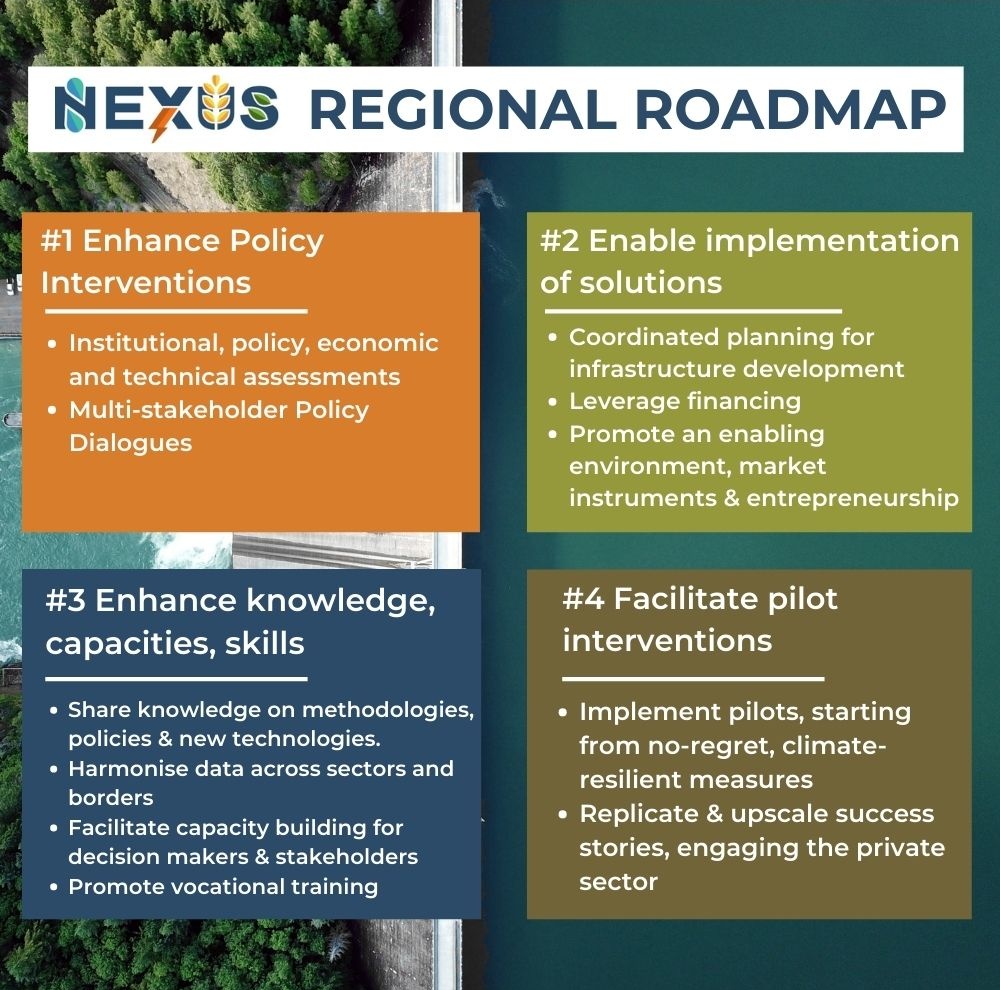 For more information on related activities, see news items below:

The Regional Dialogue is financially supported by: