The GWP 2021 Network Meeting of Partners took place online on 1 & 2 December under the Theme “Leading Change and Innovation through our Partners”. GWP-Med was actively involved, presenting examples of success stories from its work around the Mediterranean in several Breakout Sessions.

Every year, GWP’s Network Meeting gives the opportunity to GWP partners to engage directly with one another as well as with the Network’s regional and global peers. This year, more than 470 participants from 73 countries joined the online meeting which marked the 25th anniversary of the Network. At his opening speech, GWP Chair Howard Bamsey highlighted how the Network has evolved and adapted to new landscapes while Executive Secretary Dario Soto-Abril in his speech celebrated the achievements of the Network over the past 25 years, particularly the past 12 months.

The main Session, “Leading Change and Innovation Through Partners” was structured around 5 Topics namely the Source to Sea approach, Youth and Gender, Climate Change, Innovation and the Private Sector as well as Communication and Advocacy. GWP’s new ToolBox IWRM Action Hub was presented during the Opening of the Meeting. Participants were taken on a tour of the Toolbox’s different functionalities and learned how the global knowledge platform g platform connects and strengthens partnerships, increases knowledge and supports action on the ground.

GWP-Med was actively involved in the Meeting’s proceedings and contributed with success stories and examples from its work at the regional, transboundary, national, as well as local level throughout the Mediterranean. 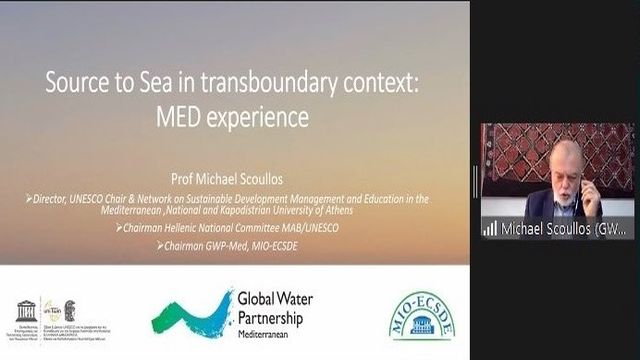 Professor Michael Scoullos, GWP-Med Chair, together with Mr. Dimitris Faloutsos, GWP-Med Deputy Regional Coordinator and GWP Thematic co-lead on transboundary water cooperation, provided valuable insights during the Session “From Source to Sea: Healthy rivers, healthy oceans”. Professor Scoullos stressed the need to understand and tailor planning and action to the specificities of the regional and local contexts when applying the Source to Sea approach and provided the Integrated Methodological Framework for IWRM & ICZM as related reference for the Mediterranean, while Mr. Faloutsos, in his closing comment elaborated on the demand raised by beneficiaries and the opportunities through GWP’s work globally to advance the Source to Sea approach.

Mr. Vangelis Constantianos, GWP-Med’s Executive Secretary and Regional Coordinator co-chaired the Session on “Innovating with the Private Sector”. Two panels brought together international networks for private sector engagement and multinational companies, respectively, that exchanged perspectives on the private sector’s role for water security and exploring impediments and opportunities for businesses to contribute further for solving water, climate, and transboundary challenges. GWP-Med is recognized as a pioneer in public-private collaborations in the GWP global network, forging multi-faceted partnerships that have yielded impactful water solutions, most prominently through its 12-year collaboration with The Coca-Cola Company.

Ms. Sondos Njoumi, GWP-Med Programme Officer in Tunis presented the case of young entrepreneurs from Ghar El Melh, Tunisia, who succeeded in launching their own green business start-up through the GEMWET project supported by MAVA, during the Session dedicated to Youth and Women. At the same session in the second day of the Network Meeting, Dr. Anthi Brouma, Deputy Regional Director and Thematic Leader presented the Initiative on Empowering Women in Water Diplomacy in the Middle East and North Africa (MENA) region run in synergy with the Geneva Water Hub. Dr. Brouma outlined its key pillars, explained how its origin, its main objectives and actions, the methodology used and presented the “Comparative Study on Empowering the role of Women in Water Diplomacy in the MENA Region” and its results. 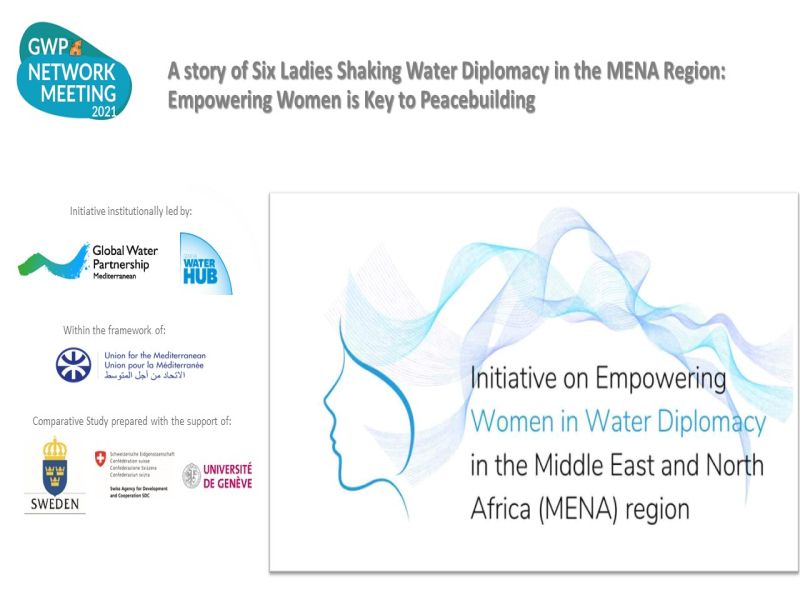 Mr. Alexandros Kandarakis, Head of Communications, co-chaired the Session on “Effective Communication for Advocacy: How to Communicate grass-root initiatives and national Governance processes” and presented the example of how social media can be used to engage politicians. He concluded that in order to have effective communication we need to create dialogue, popularize science, go beyond clichés and establish the common ground that will enable alliances and partnerships around a cause.

The 2021 Network Meeting was yet another confirmation of the fact that GWP’s mission for a water secure world can only be achieved through the power of the partnerships that is has established in its 25-year journey.

For more on our work on Source to Sea see here, on the GEMWET project see here, women and Diplomacy here.