The Drin Riparians and their partners pointed towards enhanced forms and arrangements of transboundary cooperation.

High-level representatives from the five Riparians and stakeholders from throughout the Drin participated in the 8th Drin Stakeholders Conference that took place on Friday, July  9th.  The online event, organized in the framework of Drin Coordinated Action (Drin CORDA) for the implementation of the Drin Memorandum of Understanding (MoU) and the supporting GEF/UNDP Project entitled “Enabling Transboundary Cooperation and Integrated Water Resources Management in the Extended Drin River Basin” (GEF Drin Project) reviewed the overall progress regarding the cooperation for the management of the Drin Basin and discussed steps ahead.

The GEF Drin project supported work in order to “Promote joint management of the shared water resources of the transboundary Drin River Basin, including coordination mechanisms among the various sub-basin joint commissions and committees”. It has been the main vehicle of support for the implementation of the 2011 Drin MoU and pivotal in creating the conditions for closer cooperation among the Drin Riparians for the management of the Drin Basin. The operationalization of the Drin Core Group (DCG), constituting it the de facto joint coordination body, was the most significant result. The Strategic Action Programme -endorsed on 24 April 2020- including the steps and activities to address the main transboundary problems, and the Transboundary Diagnostic Analysis are the key outputs of the GEF Drin project underpinning and carving the future course of action. 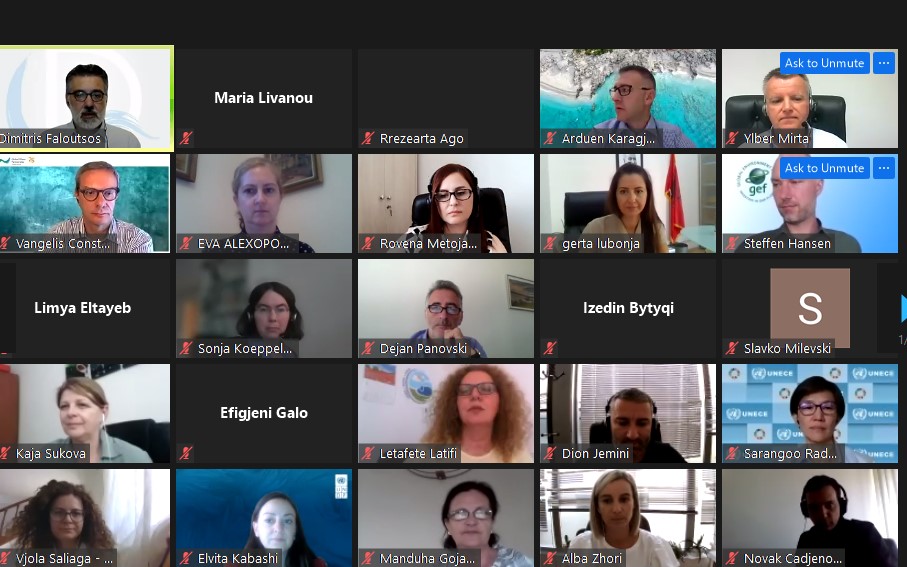 Representatives of the Drin Riparians and international organisations in the region presented their views regarding the present and the future of cooperation for the management of the Drin Basin and the contribution of the Drin Project in this respect. There was a consensus on action towards enhanced forms and arrangements of transboundary cooperation.

In her introductory statement Ms Gerta Lubonja, General Director of Water Resources Management Agency, Albania, stated “We have been and will continue to be committed to working for the sustainable development of the Drin Basin this unique natural resource that provides a wealth of services and benefits to humans throughout the basin”.  Ms. Kaja Sukova, State Secretary, Ministry of Environment and Physical Planning, North Macedonia noted that “having in mind the goals within the Strategic action program as well the proposed measures I can confirm that North Macedonia is strongly supporting the possible new phase and project of implementation of the Strategic action Programme” while Izedin Bytyqi, Secretary General, of Ministry of Environment , Spatial planning and Infrastructure, Kosovo* asserted that “we believe that together we contribute to opening new opportunities for resolving the jointly identified Issues, and for protecting the unique hydrologic and biodiversity values of the Drin Basin”. 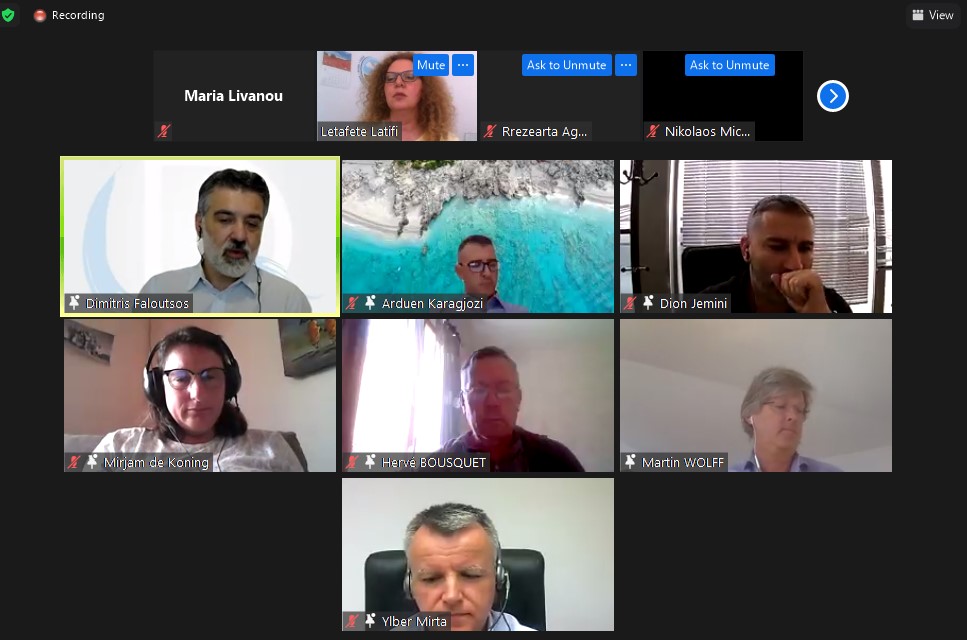 The Secretary General of Natural Environment and Water of the Hellenic Ministry of Environment and Energy, professor Konstantinos Aravossis, at his opening statement referred to the importance of the coordinated Drin Management and underlined the significant progress and achievements of the last ten years work. He made a reference at the High level meeting of the three Ministers of Environment (Greece, Albania and North Macedonia) that set the beginning of the joint bodies under the Prespa Agreement. Finally, he expressed the willingness of the Greek authorities for the continuation of the close cooperation in the future.

Mr. Dimitris Faloutsos Drin Core Group Secretariat/GEF Drin Project Coordinator gave an overview of the results achieved in the past 5 years in terms of transboundary cooperation through action supported by the Drin project in the framework of the MoU, presented its main results as well as its future prospects regarding the enhancement of transboundary cooperation. “The GEF Drin project ends and finds the Drin Riparians and cooperation among them, stronger” Mr. Faloutsos said. He went on to point out that “the end of this phase signals the initiation of a new one during which the Drin Riparians will discuss the enhancement of their cooperation and the implementation of the Strategic Action Programme.”

Ms. Limya Eltayeb, Resident Representative, UNDP Albania stated “Challenging issues faced in Drin Basin nowadays but also to our coast as integrated natural systems relate to overexploitation and pollution which associated with climate change impacts hamper the ability of ecosystems to adapt and regenerate. Through SDG 14 progress Drin Riparians will testimony how regional cooperation can be built and sustained to successfully achieve coordinated management from source-to-sea. As Drin Riparians progress with EU agenda the implementation of the EU Water framework directive will be the driving force and UNDP will further support with joint actions for Drin and further.”

Developmental partners active at the regional, basin and Riparian level provided insights on the projects and initiatives that they have been advancing, contributing in addressing national priorities but also directly or indirectly in the implementation of the Drin Strategic Action Programme. Discussion continued among participants on thepriorities among the SAP actions as well as about on-going and future interventions and how these may facilitate the implementation of the Drin SAP and the enhancement of coordinated management of the Drin Basin.

The developmental partners will have a significant role to play in this new phase of transboundary cooperation. An annual coordination meeting between them and the Drin Core Group was called upon.

The GEF Drin Project “Enabling Transboundary Cooperation and Integrated Water Resources Management in the Extended Drin River Basin” is being implemented by the United Nations Development Programme (UNDP) and executed by GWP-Mediterranean (GWP-Med) in cooperation with UNECE.

*This designation is without prejudice to positions on status, and is in line with UNSCR 1244 and the ICJ Opinion on the Kosovo declaration of independence.