Towards a WEM Framework Programme within the UfM Water Agenda

The Water-Employment-Migration (WEM) Lab II (19-20 November 2019, Istanbul), brought together representatives of key institutions (including on migration and labour), governments and stakeholders including the private sector civil society and academia, to identify related challenges, possible solutions and synergies among a range of partners. The focus was on addressing key lines towards building the WEM Framework Programme of the Union for the Mediterranean (UfM) Water Agenda, building on contributions by on-going and future actions and projects.

WEM is a key thematic area of the UfM Water Agenda, mandated by the UfM Ministerial Conference on Water (April 2017, Malta). Stemming from the need to address water scarcity and insecurity leading to migration and its impact on water stressed transition countries, the WEM agenda aims to leverage opportunities to create water- related jobs and entrepreneurship opportunities to address water and development challenges. Middle East and North Africa (MENA) countries are in the focus of this agenda, being under severe water, employment and migration challenges. 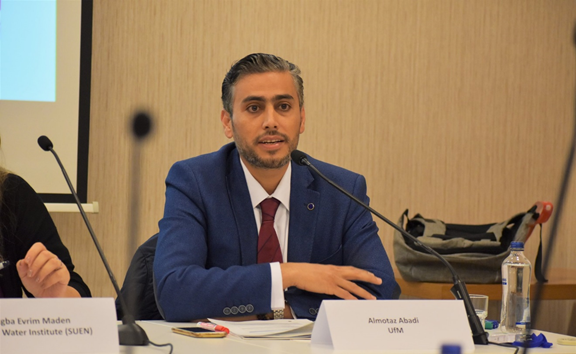 Governments, regional institutions and regional stakeholders have created a nucleus and are working together for defining WEM contents, solutions, action lines and synergies within the UfM framework, through the UfM Water Expert Group (WEG) and the dedicated UfM Task Force on WEM, led by the Ministries of Foreign Affairs of Italy and Turkey. The Global Water Partnership-Mediterranean (GWP-Med) is technically supporting the development of the WEM thematic.

Following an interactive format, regional partners, like UNIDO and CEWAS, shared lessons learned from water employability/ entrepreneurship activities implemented in MENA countries,  elaborating the path to their design and realization. In the focus were innovation and technology transfer, market creation, vocational training and education as well as institutional settings, policies, legal framework and financing mechanisms. 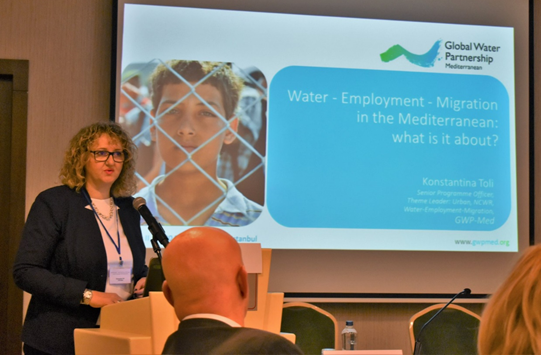 Youth, and particularly women, are in the center of the WEM agenda. Of central importance to the WEM Lab II was a session facilitated by Dr. Michela Milleto, UNESCO Deputy Coordinator of the World Water Assessment Programme (WWAP), the “Youth & Gender in WEM” session that  contributed youth and gender voices from the field: 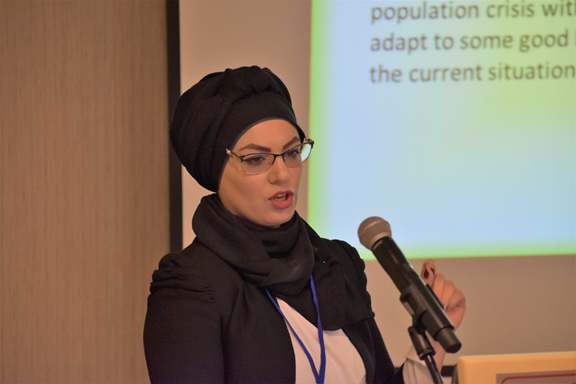 Ghadeer Arafeh, MedYWat emphasized that “Youth have the ability to change the world, but sometimes the national and international law prevents them, while sometimes it is the lack of resources that prevents them, so I think we must join efforts in order to raise the involvement and inclusion of the Youth in the labour market and integrate them to one day become one decision-makers themselves.” 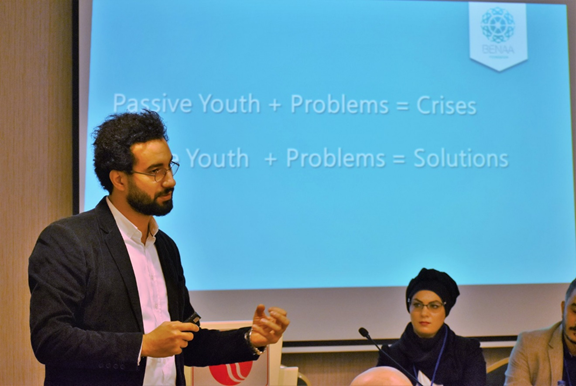 Kareem Hassan from BENAA Foundation, noted that: “Representing the Youth in this meeting, it's crucial to share our thoughts and solutions that we had already implemented on the ground. It's very important that we merge the top-down approach and the bottom-up approaches; ie, on the one hand, the interventions that had been developed by the community, represented by the Youth and on the other hand, the top-down approaches that can be implemented by governments in the region. It’s very important we had this gathering and that Youth could have a voice here.” Sukru Esin, MetaMeta Anatolia, stated: “Water management is not rocket science at all. Solutions are here. We can change the game very quickly because the region is very dynamic with young people. We just need to open the door for them and make a good plan for them.”

Possible contents of the UfM WEM Framework Programme, as emerged from WEM Lab I (October 2018, Barcelona) and a number of UfM WEG and Task Force Meetings and contributions, was presented, debated and updated. Its new version will be presented to the coming UfM WEG meeting for further guidance and finalization. 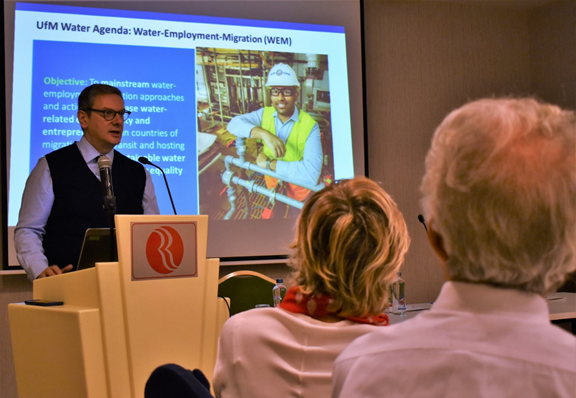 Furthermore, Vangelis Constantianos, GWP-Med Executive Secretary, presented a draft outline of a new ‘start-up’ WEM project of scale to become part of the UfM WEM Framework Programme. Suggestions on contents and synergies were put forward through a rich discussion. Based on these, this project will be further elaborated and presented to the next UfM WEG Meeting for guidance.

A UfM WEM Task Force Meeting was held at the end of WEM Lab II, with countries and regional institutions reviewing outcomes of the event and providing further orientations for next steps.