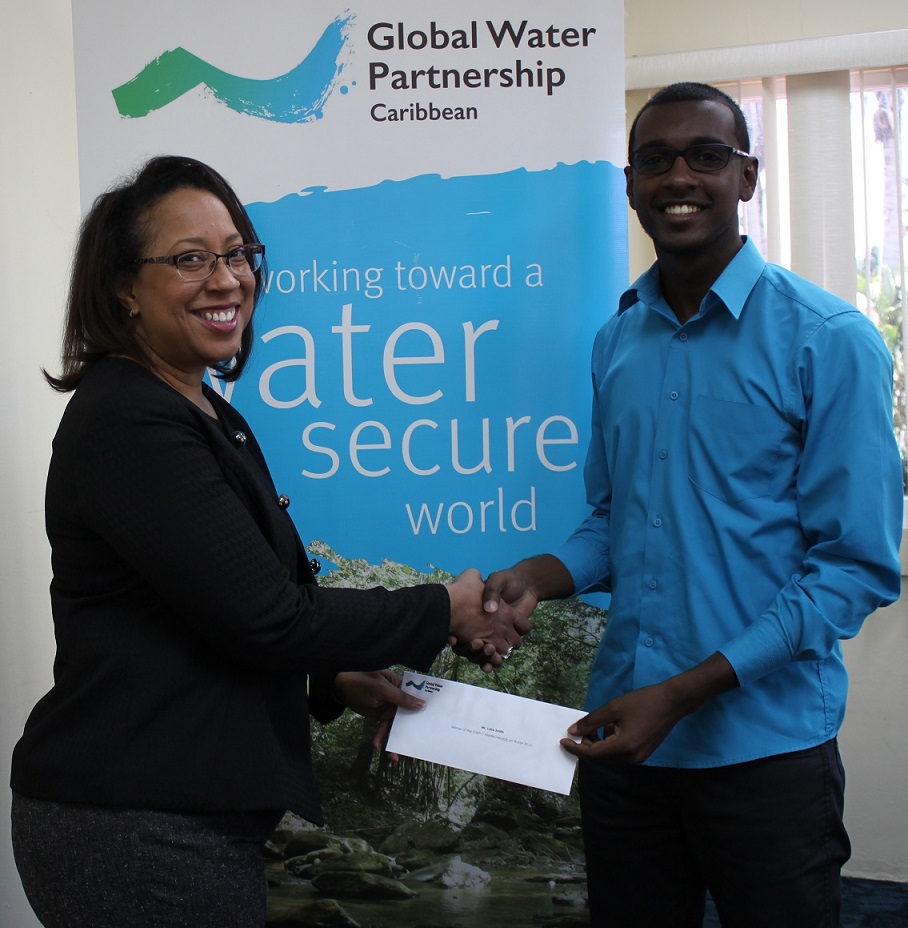 Smith’s first place submission was based on the theme “Keep Water a Priority in the Sustainable Development Goals.” The two-minute video looked closely at water as a source of life and agriculture as a major user of water resources. According to Smith, “the production sought to address water and agriculture towards accomplishing the Sustainable Development Goals and explored the nexus between water scarcity and development and how they are linked to food production.”

The competition’s judges felt that Smith’s piece was insightful and very well presented. The panel appreciated that the video was easy to follow and that it was also of a high quality. They also commended his use of a variety of visuals in telling the story and his attention to detail.

Smith, who is currently pursuing a Master of Science in Agribusiness and Marketing with a specialisation in Food and Nutrition Security, has always enjoyed the field of environmental science; a passion that has led him to be an avid agriculture blogger and photographer. He is also actively involved in advocacy through the use of social media, raising awareness among young persons about agriculture, environmental and related opportunities. Smith said he was inspired to enter the GWP-C Media Awards on Water 2015 due to his exposure to agricultural and environmental work. Watch video here.

Placing second in the competition was Delia Louis of Saint Lucia with her submission under the theme “Imagine a Caribbean without Water.” Her entry aimed to convey the message of how vital it is for Caribbean leaders and individuals to get serious about water. The Media Awards on Water judges found her video was appealing and an accurate reflection of the selected theme. The panel also felt that Louis’ message in the video was clearly communicated. Watch video here.

Neil Marshall of Barbados copped the third place spot in the competition with his submission also under the theme “Imagine a Caribbean without Water” which looked specifically at water shortages. The judges felt that his submission was of a good quality and appreciated the diversity of the shots used to tell the story. Watch video here.

After careful deliberation by the judging panel, two entries were deemed worthy of Honourable Mention.  One of these entries was from Barbadian Kelly-Ann Murphy with her submission under the theme “Keep Water a Priority in the Sustainable Development Goals.” The judging panel felt that Murphy’s piece was engaging and creative and commended her out-of-the-box approach in telling the story.  The judges found the video was simple but very effective. Watch video here.

The other entry which was given Honourable Mention in the competition was submitted by Kerron Bascombe and Renaldo Matamoro of Trinidad and Tobago. The judging panel felt that their entry under the theme “Water: A Key Development Priority” was clear and very well communicated. The judges commended the video’s message, content and relevance to the chosen theme and appreciated the distinct style of the video which was a departure from the norm. Watch video here.

Related Story: Get to Know the Winners of the GWP-C Media Awards on Water 2015

Videos of the Winners