An online Workshop on “Gender Equality (GE) for Sustainable Development in Nexus sectors in Drin Riparians” took place on 12 October 2021 with the participation of around 55 representatives from different gender related institutions and nexus related sectors, gender focal points, civil society, academia, women empowerment activists and experts from Albania, Kosovo* and North Macedonia. Its overall purpose was to bring these actors together to discuss challenges and opportunities for promoting gender equality as a driver for sustainable development in Drin Riparians.

The technical workshop was organized by GWP-Med in the framework of the SEE Nexus project “Promoting the Sustainable Management of Natural Resources in Southeastern Europe, through the use of the Nexus approach” financed by the Austrian Development Agency (ADA) and implemented by the Global Water Partnership-Mediterranean (GWP-Med) in partnership with the United Nations Economic Commission for Europe (UNECE).

Participants were welcomed by Dr. Anthi Brouma, Deputy Coordinator and Theme Leader on Water Regional Governance, Sustainable Financing & Diversity (Gender, Youth), GWP-Med and were greeted by the Austrian Development Agency Gender Expert Ms. Corinna Pröll. Ms. Pröll, referred to the focus and importance given by ADA to gender equality and especially gender mainstreaming as an integral part of all its thematic sectors and country strategies since they perceive gender equality not only as a basic human right but also as a crucial pillar for peaceful and sustainable societies.

Session I: Gender Equality for Sustainable Development and nexus sectors

The concept of nexus approach and nexus sectors and why gender equality supports and is crucial to the sustainable management of natural resources and sustainable development were subsequently introduced as well as the results of a tailored survey on perceived challenges in these sectors that had been conducted prior to the workshop. The survey highlighted that most participants, 72.7%, identified clean and healthy environment as the most important aspect of sustainable development. Quality education was in second place, with 63.6%, while female, youth jobs and gender equality were also ranked above 50%, which shows that participants have a good perception of the importance of gender equality.

The survey's results can be found here

Session II: Gender mainstreaming in the governmental strategies and policies

The following session focused on the efforts and importance of gender sensitive strategies and policies, the challenges of the Gender Machineries and why gender mainstreaming is important. It also explored how gender mainstreaming in government strategies has changed over the years in key ministries, presented some of the implementation challenges, evaluated whether the nexus sectors are included in these strategies and discussed the impact and benefits of these strategies. Finally, the session addressed the importance of data disaggregation. The participants were informed on why this type of data is important, what is their impact and what are some of the challenges in collecting these data and the good practices in place  in the Drin Riparians so that the next similar discussion is based on disaggregated data.

The main session of the workshop aimed at engaging, informing, sharing and discussing approaches, interventions and initiatives that have considered gender mainstreaming in nexus sectors in Drin Riparians. This session also aimed to establish connections and create synergies between interventions in all Water-Energy-Food-Environment sectors with some very promising and informed actions that need to be replicated in all Riparians to ensure coordinated action and gender mainstreaming in tackling sustainable management of the Drin River Basin’s ecosystem. Some inspiring interventions with gender focus were shared in the sector of climate change, women farmers and agriculture and forest and biomass. 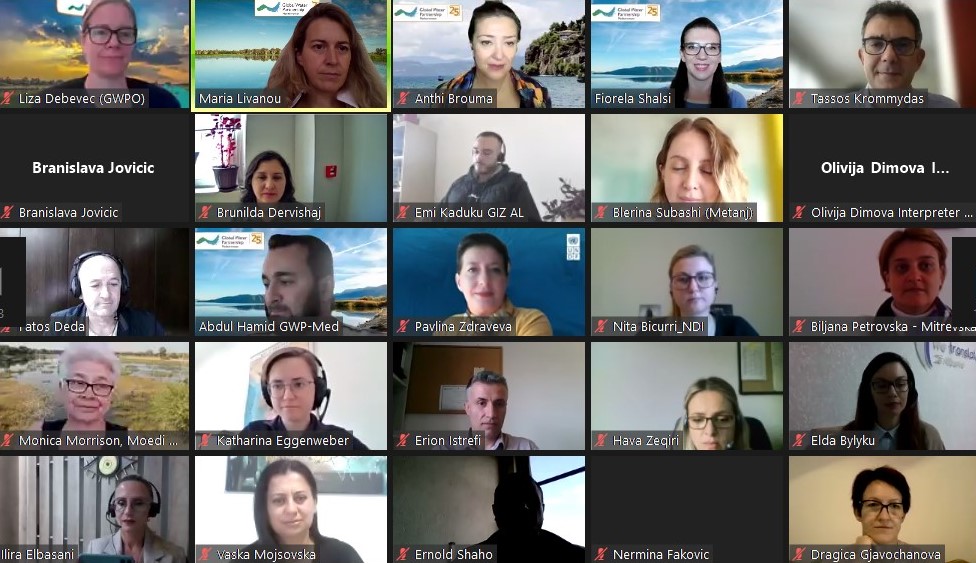 While the first session discussed the general importance of gender mainstreaming in national strategies and planning and data disaggregation, the second focused on nexus sector practices and approaches towards concrete achievements, the last  addressed the importance of women’s leadership and participation in decision making in all these processes and how evidence-based research informs effective policy interventions. The rich discussion highlighted some key issues such as what should be considered  as equal leadership between women and men, how women’s participation shaped changing realities in Nexus sectors and how evidence-based research can provide insights that we may misperceive in our daily life.

At the closure of the workshop, participants were informed on the possibility of future targeted sessions on gender and separate Nexus sectors in Drin Riparians.

* This designation is without prejudice to positions on status, and is in line with UNSCR 1244/1999 and the ICJ Opinion on the Kosovo declaration of independence.