CAI Qihua on Mission: Towards a Secure and Healthy River

On the occasion of International Women’s Day (8 March), the officers of the Global Water Partnership have interviewed women in the water community across the global network on their journey to become successful in their professions, how to overcome obstacles they face as women, and also recommendations to other women. In GWP China, talk with Qihua CAI was in the office of the regional secretariat, hearing her 38 years of karma with the work in water sector.

As being asked what she would say are the main challenges in her work as a woman, she recalled a moment during the period of the Yangtze River flood in 1998 when the then Premier Wen Jiabao said to her: “Qihua, all water leaders always have a sense walking on eggshells. And the flood was even Achilles' heel to ancient water officials who were killed and the whole clan was implicated by disastrous flood incidents.” It led her to be on the alert for the flood control and management. The first challenge in her work is to minimize loss due to flood and drought and to protect people. All details, from rainfall information to on scene command, tolerate zero error that might drive people in deep distress. The flood of Yangtze River in 1996 put a dyke in danger. She spent two weeks working at site for removing risks. An additional most impressive experience was about the Yangtze River flood in 1998. It was the largest disastrous flood to the Yangtze River on the record  since 1954. For the disaster, she spent over 90 days and nights at her office to work out measures controlling aggressively increasing water level at dykes of the Yangtze River and protecting Anhui Province that was already on red alert. The Anhui Provincial Government appreciated the overnights workout of her team for providing accurate information and solution on the way to the decisive victory of the flood control. In 2008, the Wenchuan earthquake caused dramatic landslides and catastrophic draining of lakes behind landslide-dams, the worst of which was Tangjiashan Barrier Lake. There was a high possibility of submerging downstream and upstream basins of the Yangtze River. Qihua organized a technical support team from the Changjiang (Yangzi River) Water Resources Committee heading for the disaster zone. The roadways were collapsed in the earthquake, and thus, the rescue plane could not land on the barrier lake area. Qihua and her team had to jump 2 meters to barrier from the rescue plane. The team stationed around the barrier lake working out plans to remove threats of Barrier Lake upon their whopping on-site surveys and data collections. Their work released the flood peak and secured local residents as well. Besides water related disasters, the water administration and river development and protection appear to be another challenge. 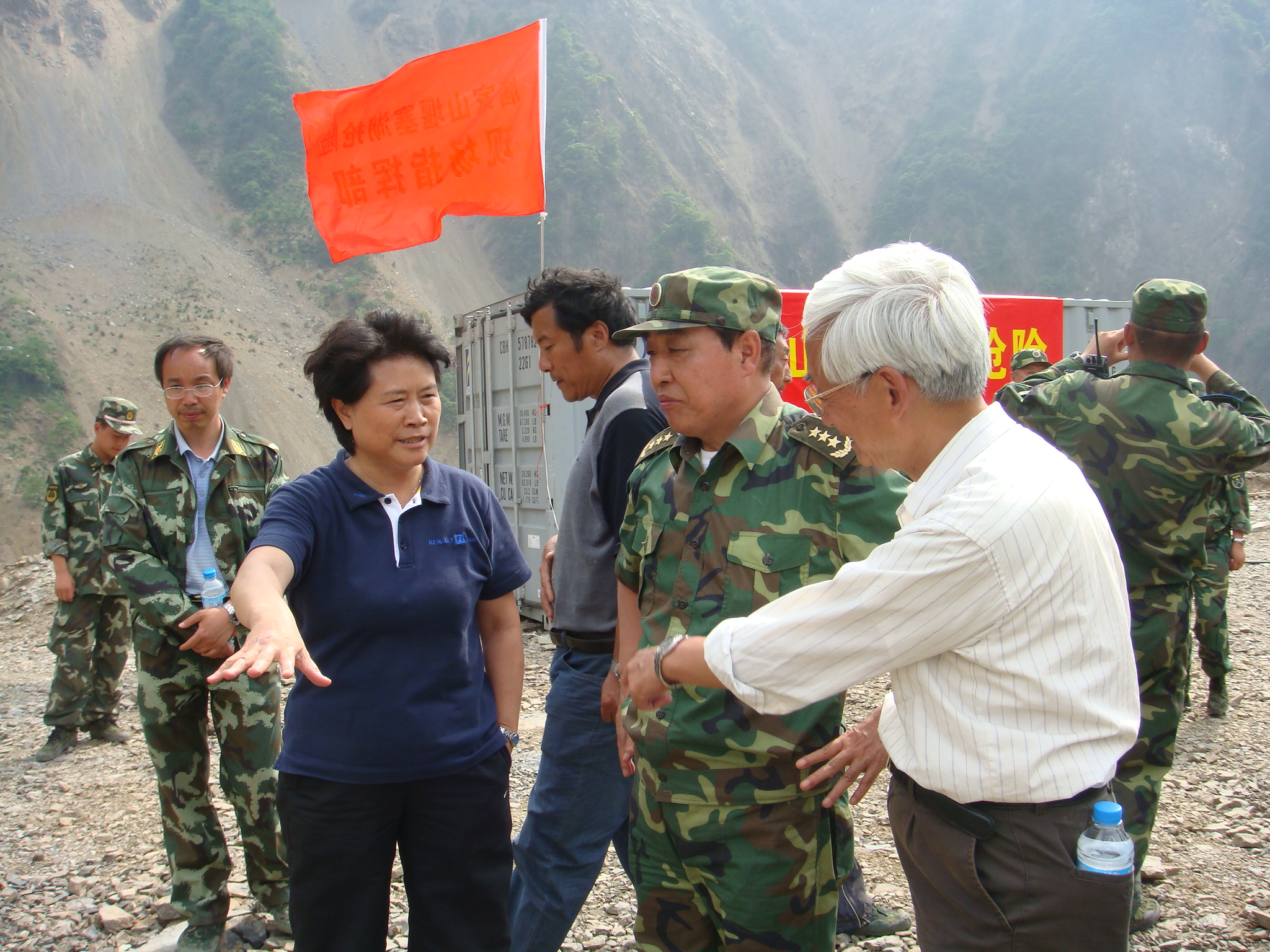 Qihua on the spot of Tangjiashan Barrier Lake

For raising the public awareness of protecting and valuing the Yangtze River, she has been open to the social opinions. Being the Commissioner, she answered the questions regarding controversial issues of the Three Gorges Project. The article “Ten Questions to the Three Gorges Project” she wrote responded concerns about the possible earthquake resulted from the project and its link to drought disasters and also throughout the defined motive of planning the project, its flood control capacity and impact on ecosystem and environment of the Yangtze River.  She was interviewed by the CCTV (the highest level TV media in China) in this regard.

Qihua pursues a ceaseless river that meets contemporary development demand and benefits next generations. Completing her political duty in the Ministry of Water Resources, she will engage in GWP China farther working on water resources management and development.

Water leaders always confront challenges and more challenging to female managers. Qihua holds the balance between office and family, easily shifting her role from a water leader to a wife and mother. Even under heavy workload, she is capable of taking care of family and doing sports towards a confident and healthy life.