Ode to Oasis by the River Black

The program on River Black (Hei He in Chinese) has implemented from 2016. The GWP China Yellow River worked with the River Black Administration to implant ‘sense of ecosystem’ into the mind of decision makers of to improve the environmental quality of the river basin. The WACDEP in China (2017-2019) emphasizes ‘integrated river basin management (IRBM)’ implementation outcomes of the River Black Basin.

The integrated river basin management (IRBM) has been one of core areas of GWP China. The governance and development of the River Black provide a demonstration that ties challenges of transboundary cooperation between three provinces, collaboration of multiple sectors (water, agriculture, environment, forestry, etc.).

As the second largest inland river in China and main tributary of the Yellow River, the River Black rises on the slopes of the Qilian Mountains referring to ‘the mountains in the heaven’ in Hun’s language (as ancient as the Roman Empire). Differ from other rivers; the River Black flows from south to northwest whereas the majority runs over the country from west to east. It crosses Qinghai Province, Gansu Province, and Inner Mongolia, and finally, flows out into the desert. In the last century, the River Black was suffered by overload & irrational human activities, resulting in the lower reaches severe shrinking to threaten the Ejina oasis on the river basin. The deterioration also turned into a source of Sandstorm in the north as well as a threat to the domestic lives of local people and Astronautics projects along the basin.

Back to the last century, the River basin was suffered by overload & irrational human activities, resulting in the lower reaches dangerous shrinking that threatens the Ejina oasis located at the end of the river. The deterioration also turned into a source of Sandstorm in the north of China as well as a severe threat to the life of civilians and defense projects along the basin. The River Black Administration founded in 2000 for reversing falling ecosystem of the basin. The history of 17 years keeps the record of extraordinary outcomes of integrated water management progress, trans-provincial & intersectoral collaboration as well as water ambient quality and ecosystem recovery.

In the survey journey of the GWP China- -WACDEP research team consists of key officials of the River Black Administration and Eiqina Administration (local water sector of Inner Mongolia), as well as professionals from GWP China Yellow River Basin, GWP China Shaanxi and Hebei. Under “the WACDEP package one transboundary cooperation” from 2017 to 2019, it’s expected to develop lessons learned cases regarding integrated river basin management, share experiences with domestic and international professionals as well as to strengthen the governance skills of the River Black Administration by exchanging management principles and expertise. The outcome of Phase I (2017) is to get a better understanding of the River Black Basin. During the investigation journey, the WACDEP team visited Gansu and Inner-Mongolia. In Gansu, the satellite monitoring system reflects actual water consumption of irrigation, cities, and industries, as well as supports the Administration to balance water supply between high, middle and low reaches. In most irrigation areas, the local water user association (WUA) plays a key role in water management decision making at the grassroots level. Upon mature coordination mechanism, the River Black Administration, local water authority and WUA can achieve consensus on ‘authority/obligation of facilities,' ‘water pricing system’ or ‘consumption ratio.' To Gansu and Inner Mongolia, the Wind East (Dong Feng) Reservoir plays a vital role in water supply, particularly in dry seasons (Spring and Autumn). The Reservoir is the biggest supplier to the Astronautics projects, as well as the only source to all oasis of Inner Mongolia. For the sake of the Reservoir and established transboundary cooperation mechanisms, the tragedy of dry oasis in low-reach ended in 2004. This inland river has retained flows without a break off for over a decade, contributing to sandstorm control, ecosystem rehabilitation, increase of water ambient quality, and coordination between provinces, multiple sectors and inhabitants on the basin.

Supported by the River Black Administration, the WACDEP team is working on a case study regarding the integrated river basin management of the River Black this year. The governance optimization or technology provision beneficial to the river basin will conduct in 2018 and 2019. 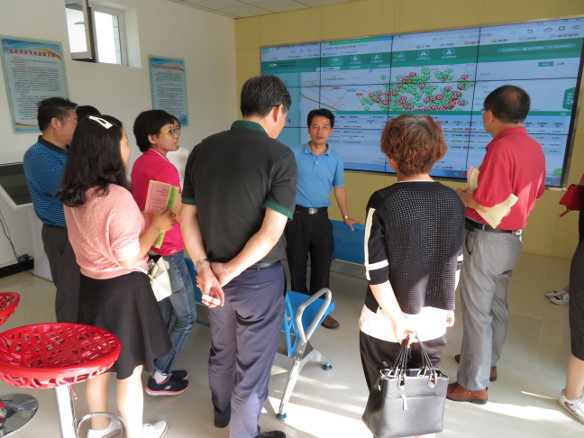 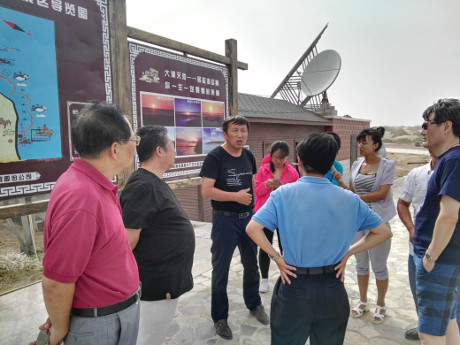 The River Black is a major river system of northern China. It flows approximately 630 km from its headwaters the Qilian Mountains into the endorheic Ejin Basin in the Gobi Desert, crossing Qinghai, Gansu and Inner Mongolia. It forms one of the largest inland deltas in the world and covers 78,600 km2 of drainage basin in parts of the Chinese provinces of Gansu and Inner Mongolia.

The river rises as the Heishui (black water) on the north slopes of the Qilian Mountains roughly 75 kilometers southeast of Minle. It flows north then northwest past Zhangye, picking up several tributaries from the south. For the first 150 kilometers (93 mi) its water is used to irrigate fields along its valley. It then turns north-northeast, flowing out into the desert, and becoming a losing stream as its water sinks into the surrounding earth. This quality is what gives the river its name, as it significantly lessens the flow and even causes it to dry up in some years. From the turn, it runs about 175 kilometers in that direction onto a vast alluvial plain formed by the river's sediment deposits. This part of the river is also known as the Etsin Gol or Etsin River. At Ximiao, the river splits into two ephemeral distributaries called the Dong He (east river) and the Xi He (west river), each about 220 kilometers long, draining into the Juyan Lake Basin. The Dong empties into a lake called Sogo Nur, while the Xi river empties into a seasonal basin called the Gaxun Nur.