Towards an equal, friendly and secured international community, China has developed the blueprint of “One Belt One Road” for multiple bonds with more than 60 countries in Asia, Europe and Africa to work for a community of shared benefits, destiny and responsibility. Tsinghua University founded the Institute of Global Development in 2016 for promoting the One Belt One Road at national, regional and global level.

The Institute of Global Development plays as an upper think tank providing strategic and perspective development recommendations to the policymakers of the Chinese Government and other countries towards national and international sustainable development, revolution and domestic evolution. With the network of international counterparts, Harvard, Cambridge and Tokyo University, it completed an international platform convening bigwigs of different industries intended for the mutual dialogues and their interaction with Tsinghua students or young professionals within a year.  It advocates any variety of ideas, collision of the wisdom sparks, and free communication. In January, 2017, the Institute organized “Roundtable of Policy and Action Development Strategy along the One Belt One Road” (OBOR) with NDRC in Davos.  The ministers of the countries along “the One Belt One Road” were invited and achieved common views on further policy and activity strategy.

Furthermore, the Institute forms “the Global Rostrum of Tsinghua” inviting national and international celebrities of diplomacy, finance, water, environment, biology, etc. to deliver public lectures under OBOR.  On April 6, 2017, the Rostrum invited Prof WANG Hao, Standing Vice Chair of GWP China and Academician of Chinese Academy of Engineering to deliver a lecture to Tsinghua professors & students, and answer their questions.

Being labelled as “bigwig of water research”, “uppermost open-minded” and “the finest orator”, Wang opened his two-hour lecture China’s Solutions to Water Challenges and contribution to neighbors along the Belt and Road by sounding the alarm of water risk to the audience.

“Water is a global issue and a common challenge that leads to bottleneck in the national evolution of all countries along the OBOR”, he said, “the OBOR reaches integration of economic growth, equal globalization and interregional coordination. And it helps countries remove water related threats owing to default of water resources, infrastructure and capacity, and more water demand over supply.”

“Although the countries on the two routes of OBOR* have some enhancement in their water development, the rapid growth of population, urbanization and economy would result in additional pressure on water”, he illustrated the pros and cons of the water progress in the countries on the two routes. China is a typical sample for the rest regions along OBOR facing such challenges. Therefore, it is worth sharing the China’s lesson as it has registered a 30 times of GDP growth with an only 38% increase of water consumption from 440.8 b m3 in 1980 to 610.3 b m3 in 2015”, the outcome of china’s water governance of over three decades was evidenced by his comparison between ‘upward GDP’ and ‘small use rise’.

“In China, water is quite sufficient but inadequate per capita. The status quo gets worse due to uneven tempo-spatial distribution within China’s territory and mismatch between demand and supply,” as he listed three unfavorable objective conditions to the audience, “however, the contrast between GDP progress and water consumption should  contribute to the subjective measures. In other words, China has developed its core technologies to the extent that underpins the top-down design and the strategy used in evaluation, allocation, regulation, supply, protection and management of water resources.”

With his lecture drawing to a close, he quoted his latest case study of water cooperation between China and Indonesia, “it reflects the benefits of ‘exporting’ our lessons and techniques to the neighbors along OBOR. China’s case in water resources management that cognizes the top-down design and weak links can be copied by other countries, which is the same applies to One Belt One Road Strategy. This mastery knowledge will convert the national comparative advantage into the power driving win-win economic progress.” 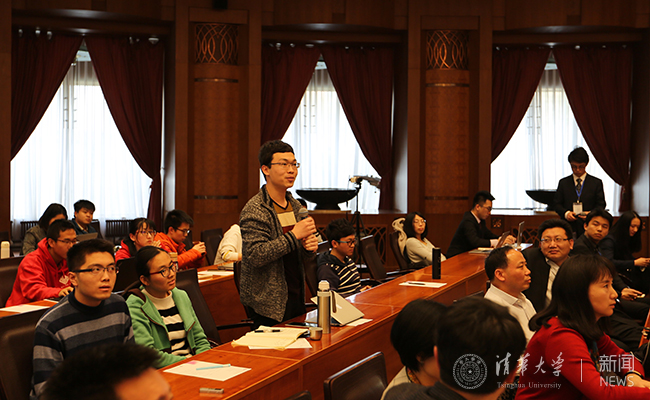 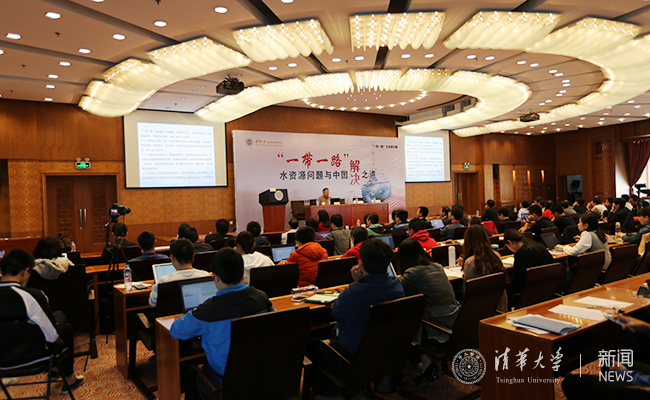 His lecture attracted the audience of over 100.

Prof Wang has led key national & international programmes and played as mentor for young professionals.  He is popular of reputation in academic performance & earnest display of affection.

News was shared by various online media sources as seen below